Living fulltime in a camper you have to use your space wisely. This makes going shopping really easy. You might ask how does it make it so easy? Well, if you don’t have the room for it, you don’t buy it. Simple as that! This really doesn’t stop us though because we like to look!

One place we can shop though is the grocery! If it can be consumed and you have the cupboard/refrigerator space you can buy, buy, buy, because eventually it will be gone!

Somehow today we got a little sidetracked on our way to the grocery. We headed to Gila Bend, Arizona to check out some oddities.

There was a gas station right off the interstate that had huge metal dinosaurs and to our surprise a Mexican Market. 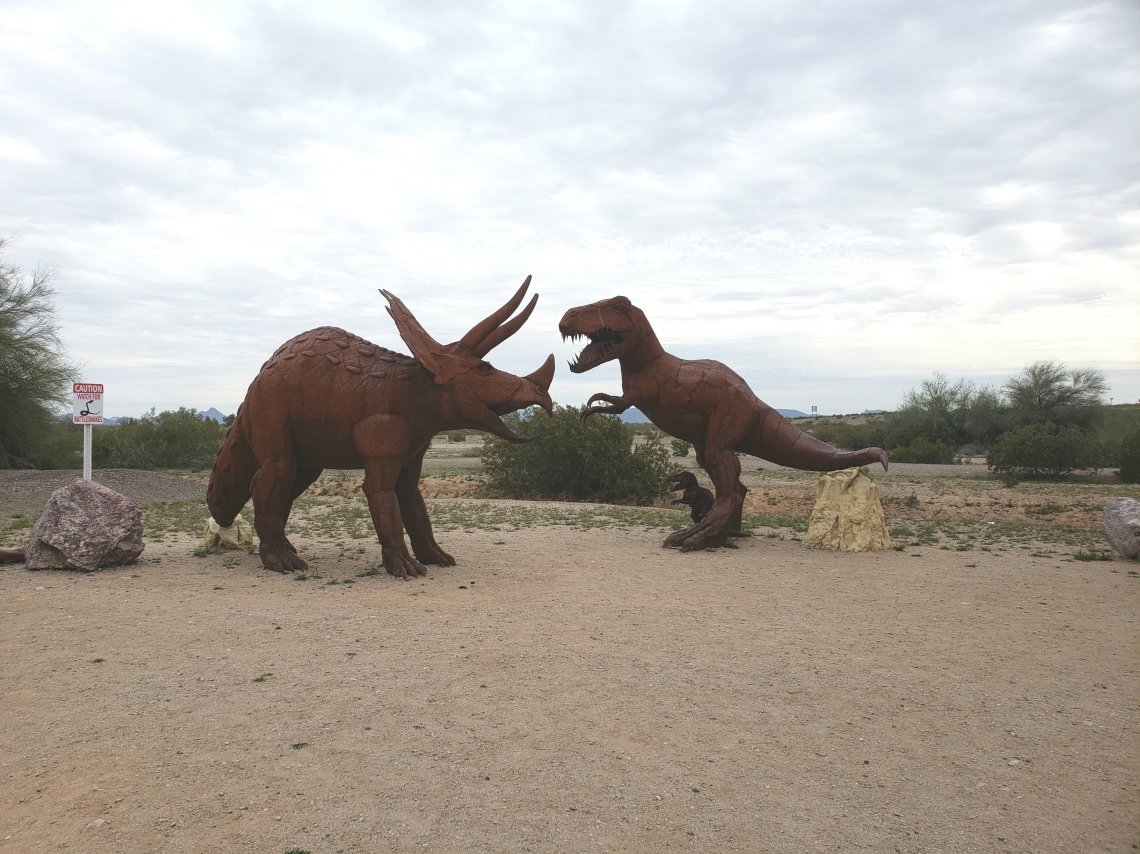 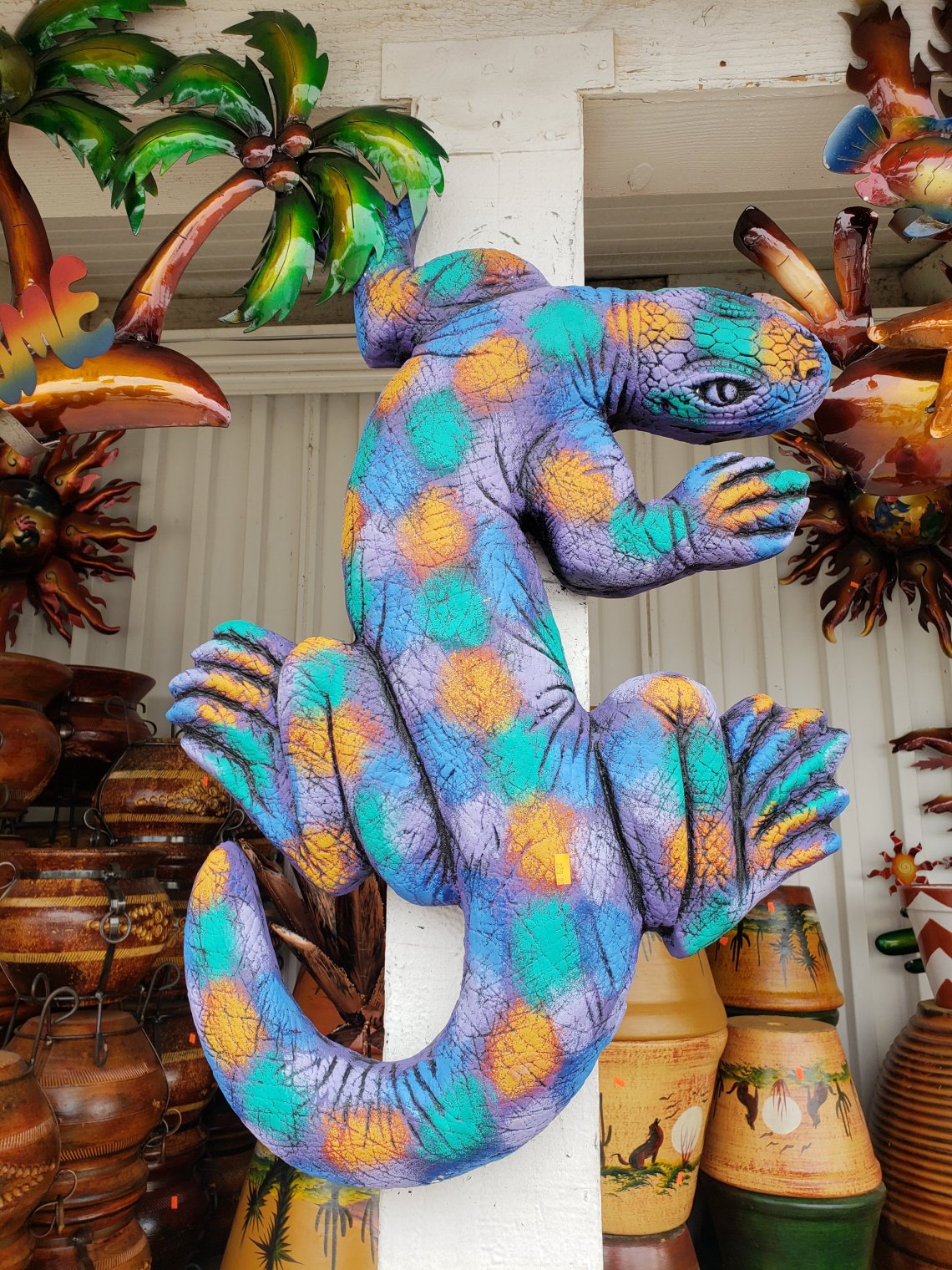 We drove through the small town to another tourist attraction, The Space Age Lodge. It wasn’t exactly what I had expected but the young lady inside the restaurant was very pleasant and gave us free drinks for stopping. 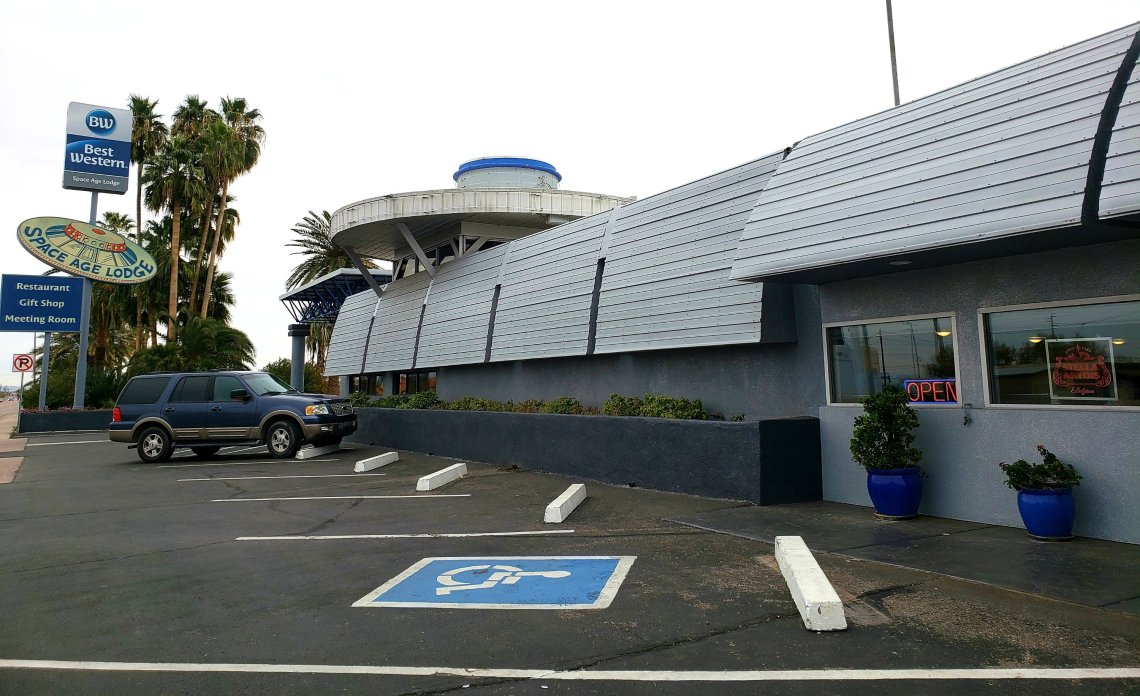 We stopped by the visitors center in Gila Bend and asked the woman working there for information about the Sonoran Desert National Monument, which isn’t a monument at all, but the Sonoran Desert itself, all 486,000 acres of it. We were there earlier to look for an abandoned cabin. She told us “We should stay away from there because there is talk about smuggling going on out in that area”.

The park is not marked well and we had a hard time even finding one of the entrances. The brochure that we got at the visitors center warns about border related activity such as drug and human smuggling.

We were interested in finding the remains of Farleys Cabin earlier in the day but decided this was not a place we needed to be.

The lady did tell us about a special place to go though, The Painted Rock Petroglyph Site. Owned and operated by the Bureau of Land Management.

We decided we should check it out so we drove west in search of petroglyphs!

These rock carvings or Petroglyphs are over 1,400 years old. Local communities along the Gila River were the authors of the Petroglyphs.

A recent study conducted at the site counted over 3,800 individual designs on 428 boulders.

When we arrived at the site it looked as though it was just a pile of rocks. Was I ever wrong. The quality and quantity of these Petroglyphs was astounding.

Below are the pictures I took as we walked the path around the mound of boulders.

Staying on the path helps in the preservation of the remaining Petroglyphs and by respecting this place, we honor those of the past, present and future.

I never took two pictures from the same stance or of the same boulder. These are just a few. 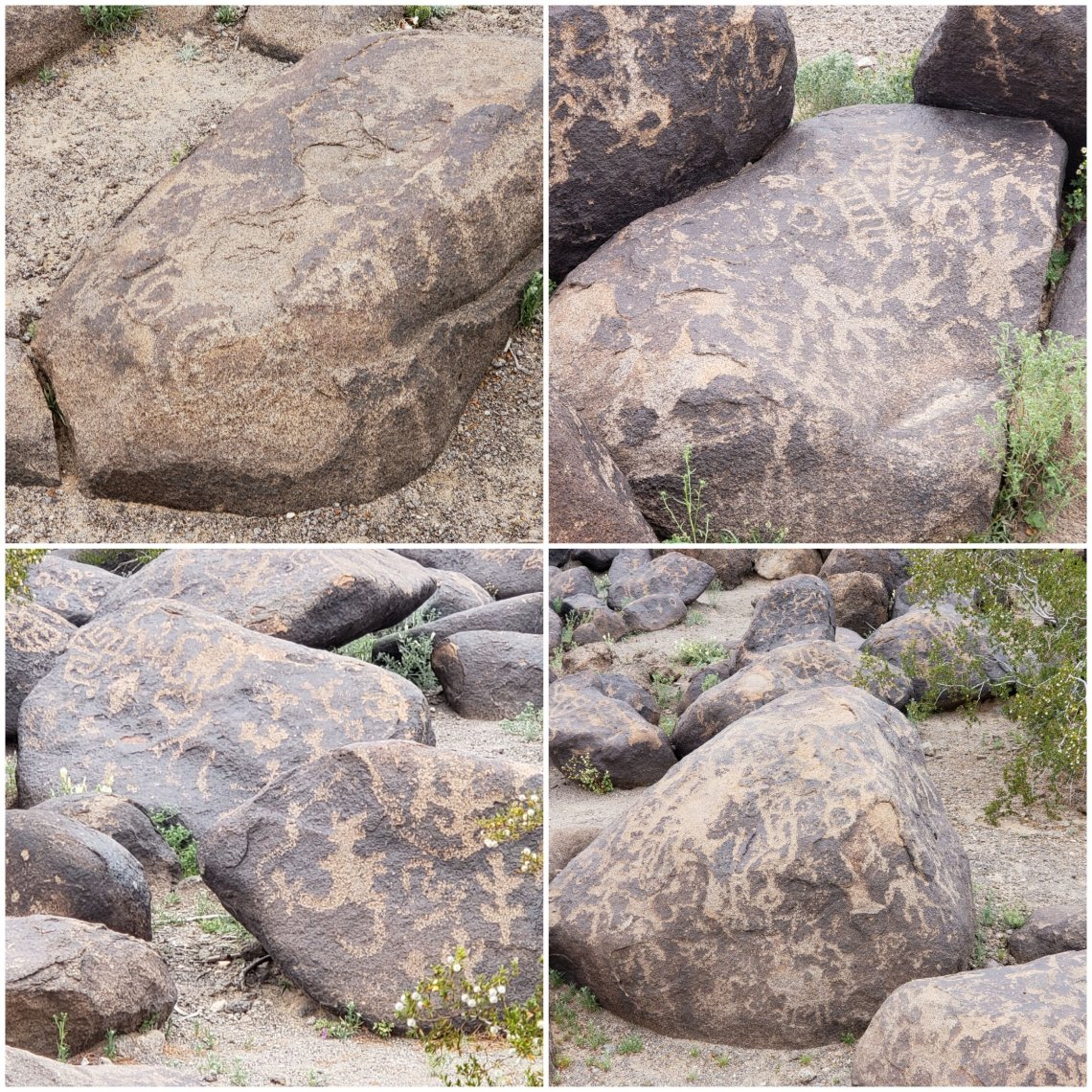 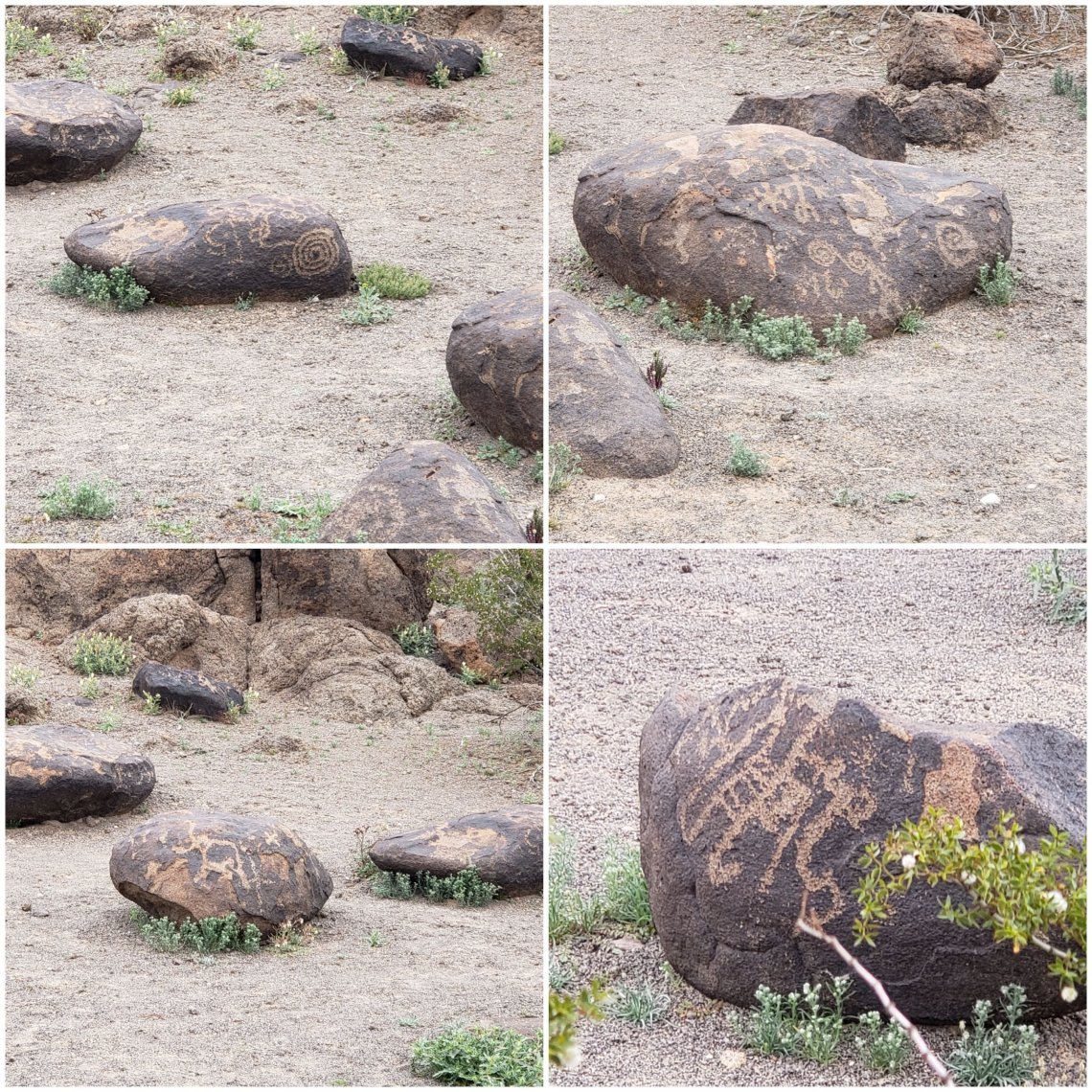 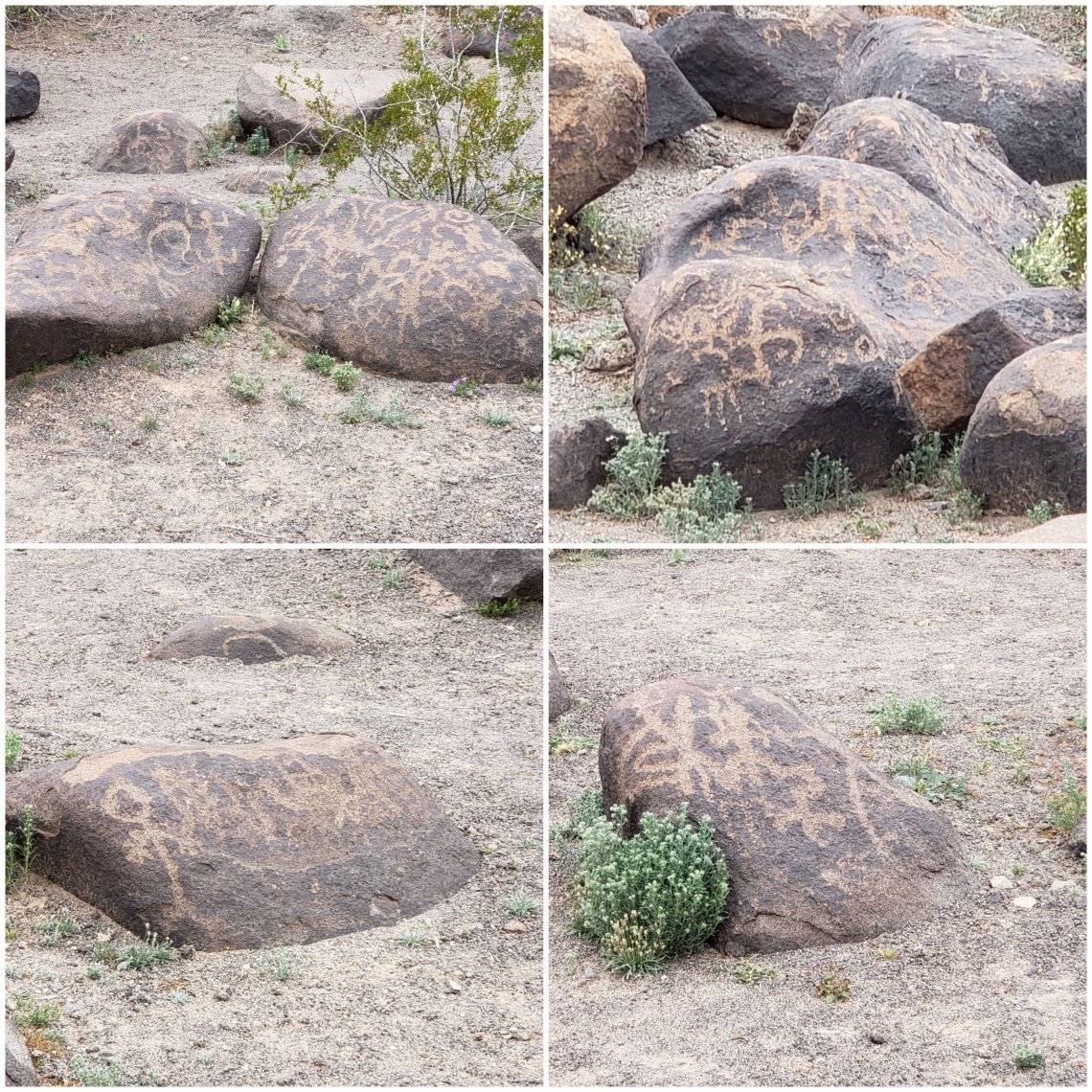 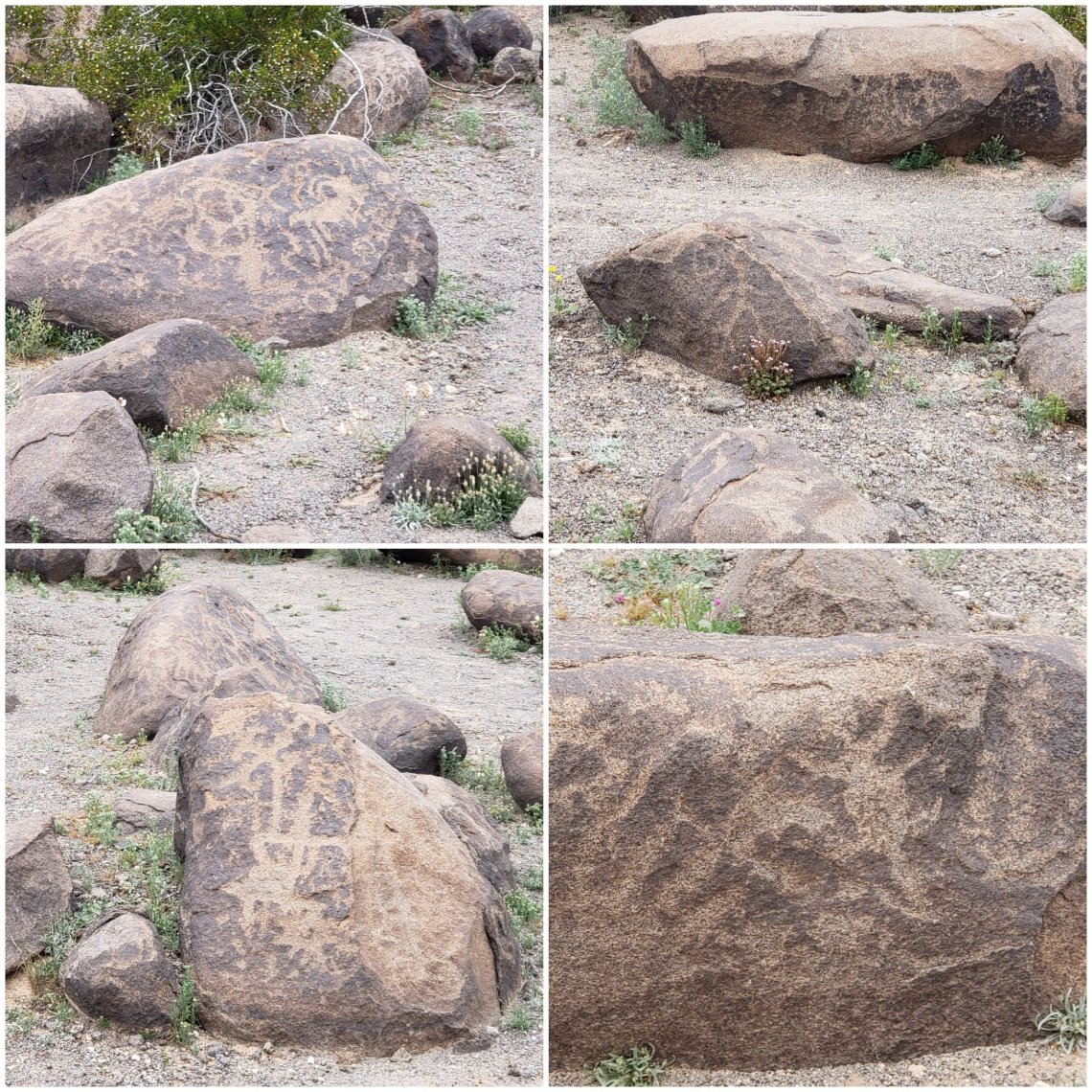 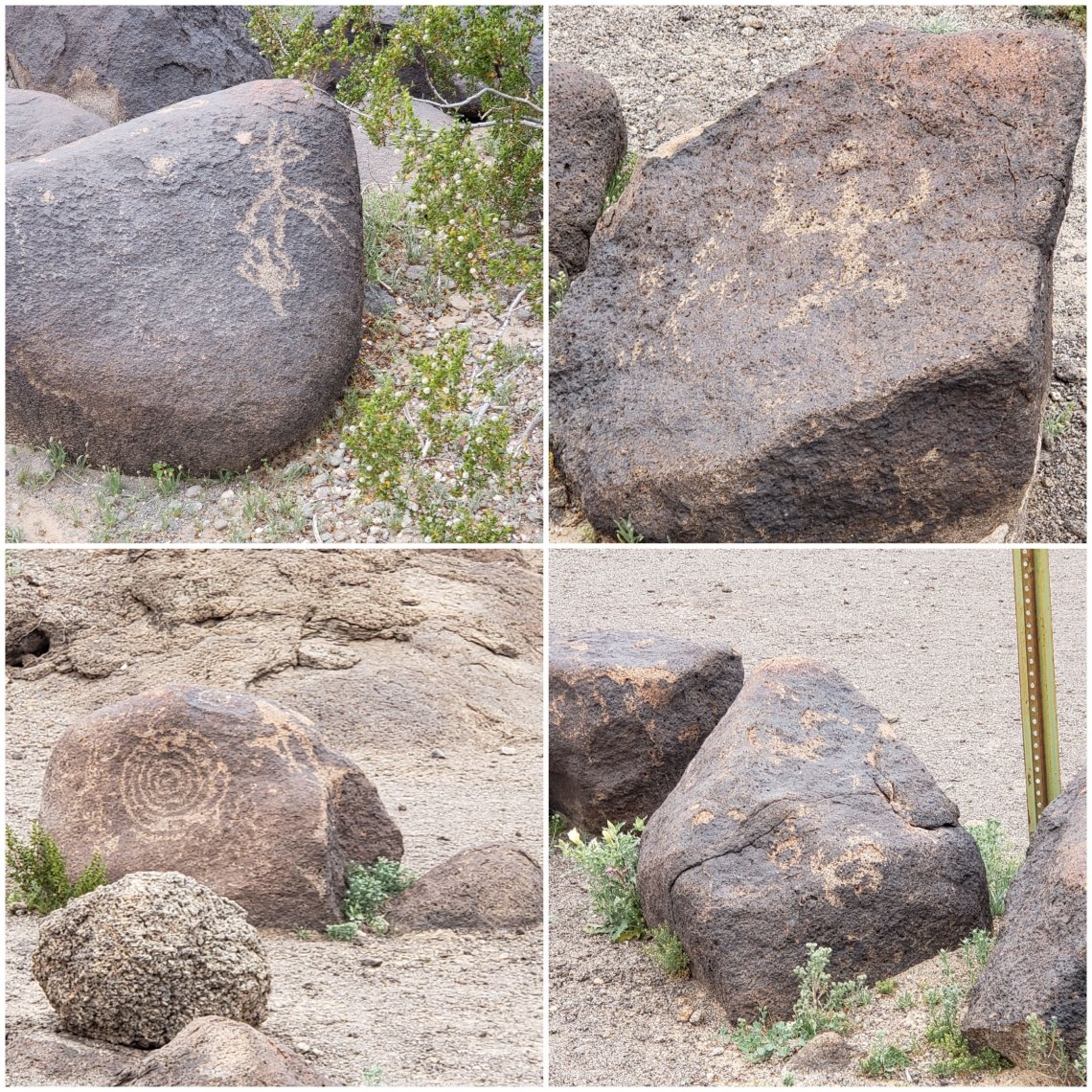 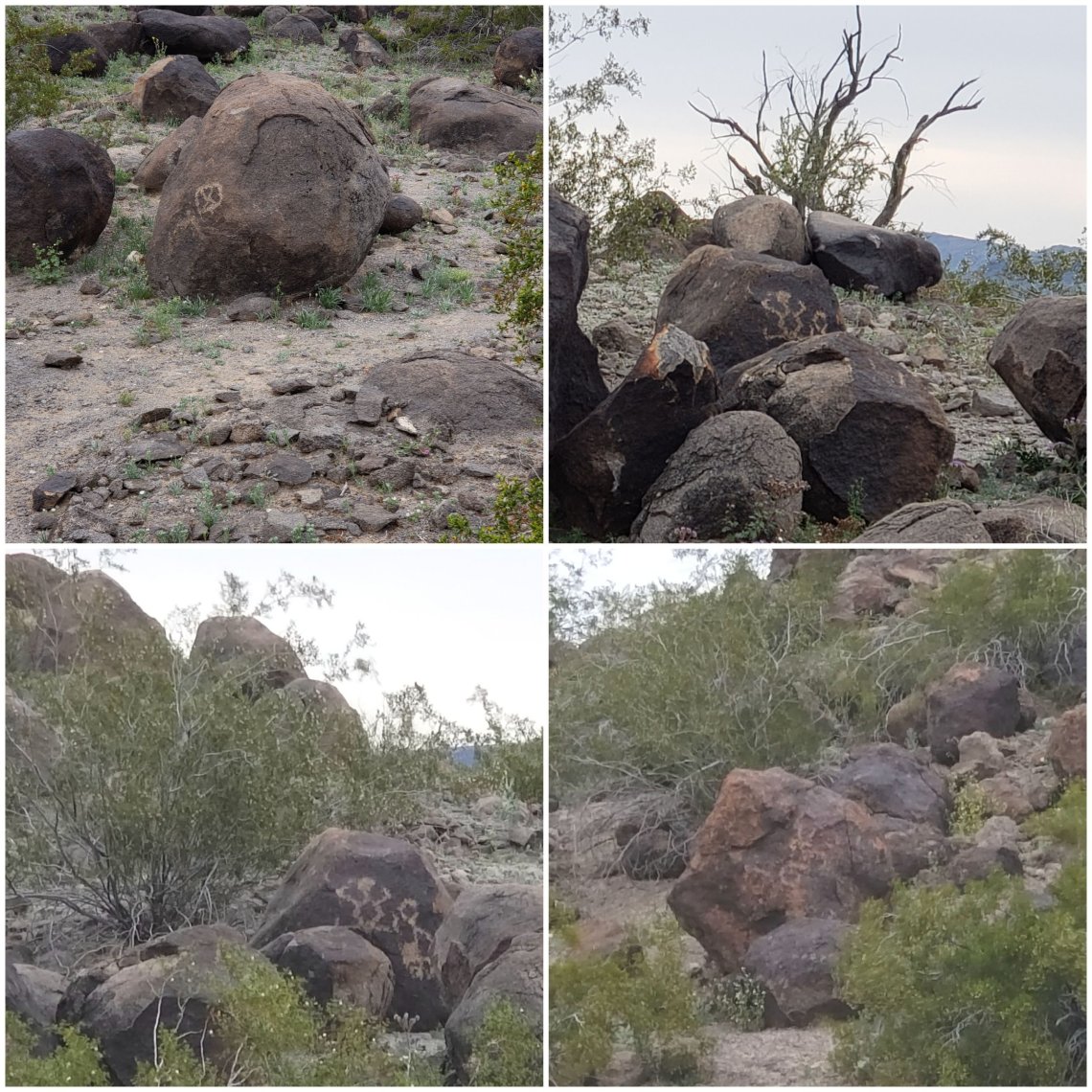 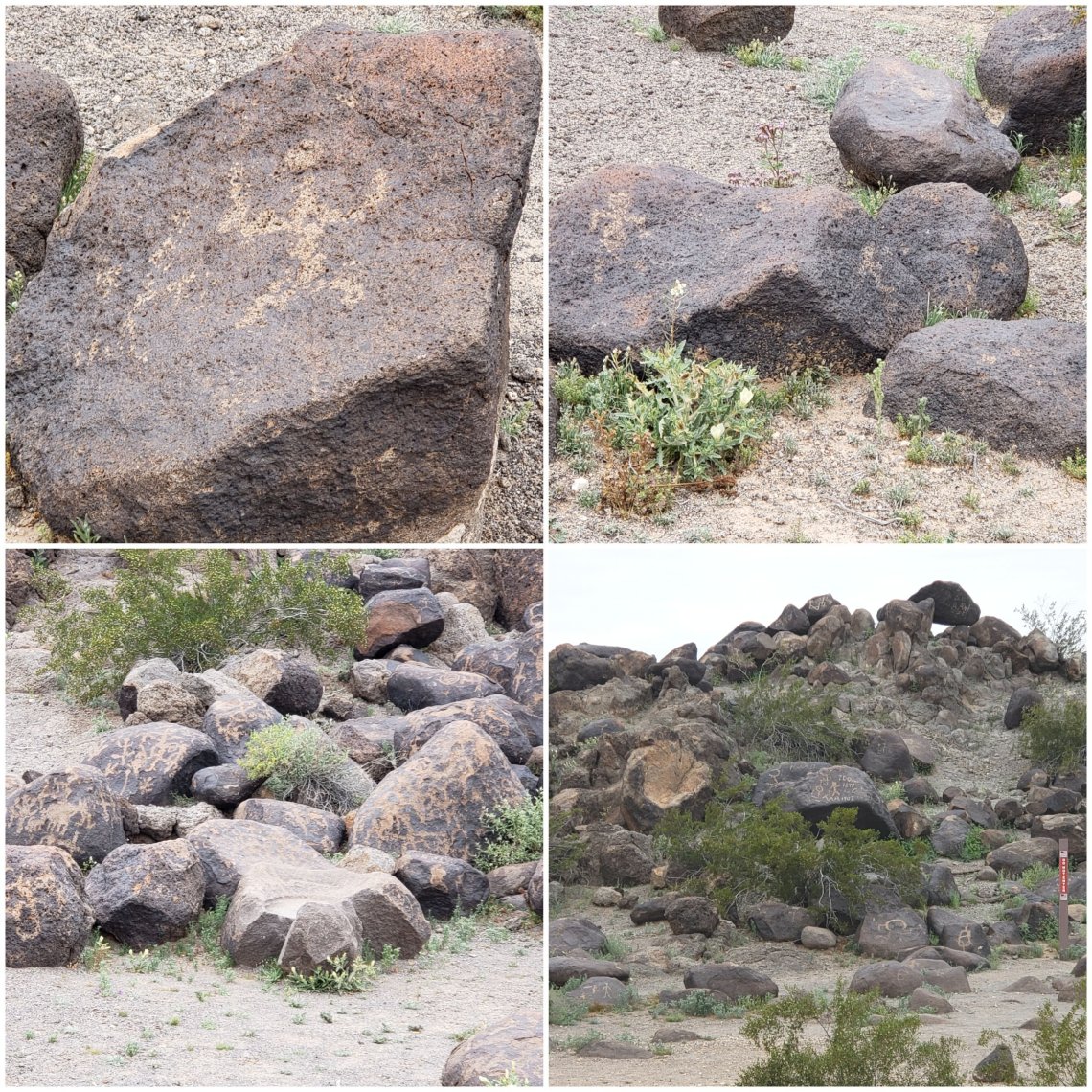 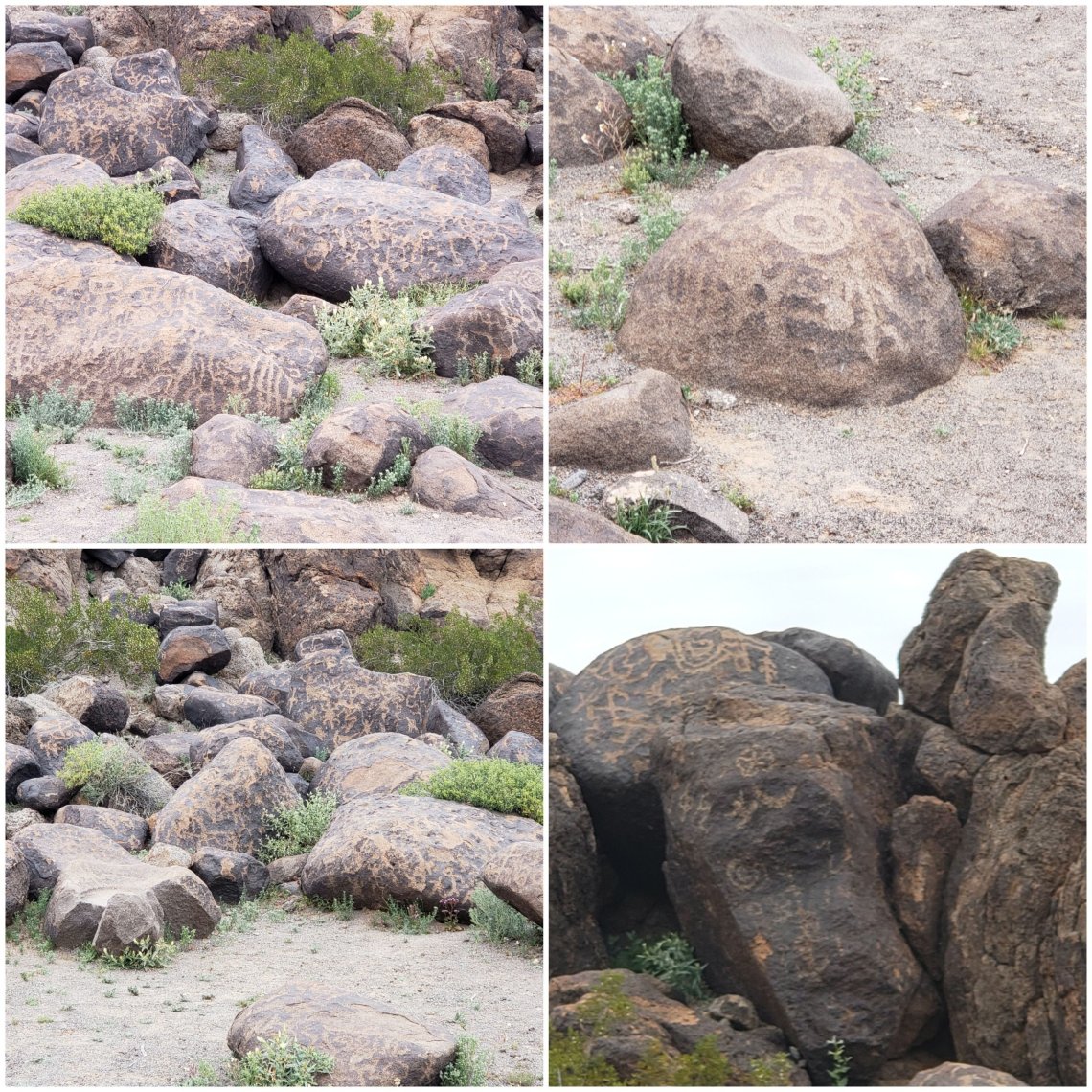 Finally, we made our way to Maricopa to get our grocery shopping done and head back home.

We took a day trip south of Casa Grande and visited the Saguaro (suh-wah-roe) National Park this week.

As we drove in from I-10 on Picture Rocks Road we found the Redemptorist Renewal Center where we stopped to get permission to see their Petroglyphs. After a short walk there was a trail around some rocks and we found Desert People Indian Art. You may have to zoom in. 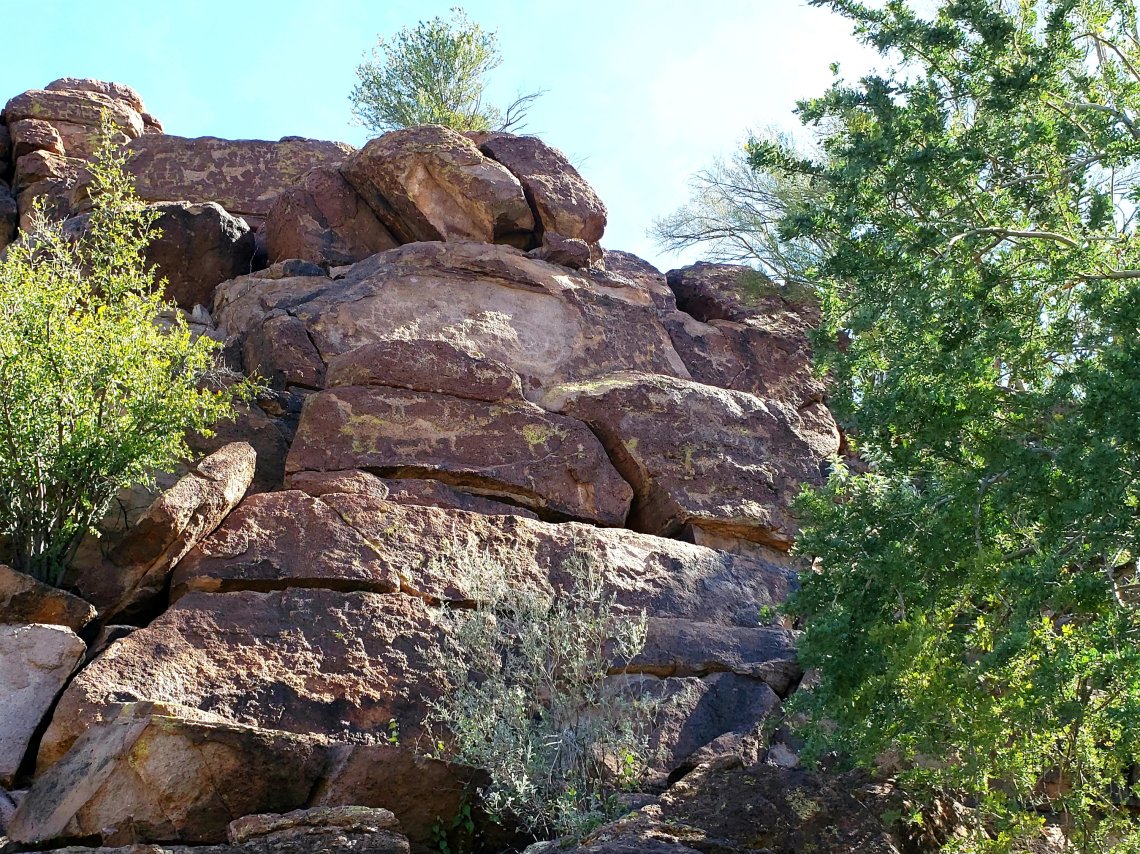 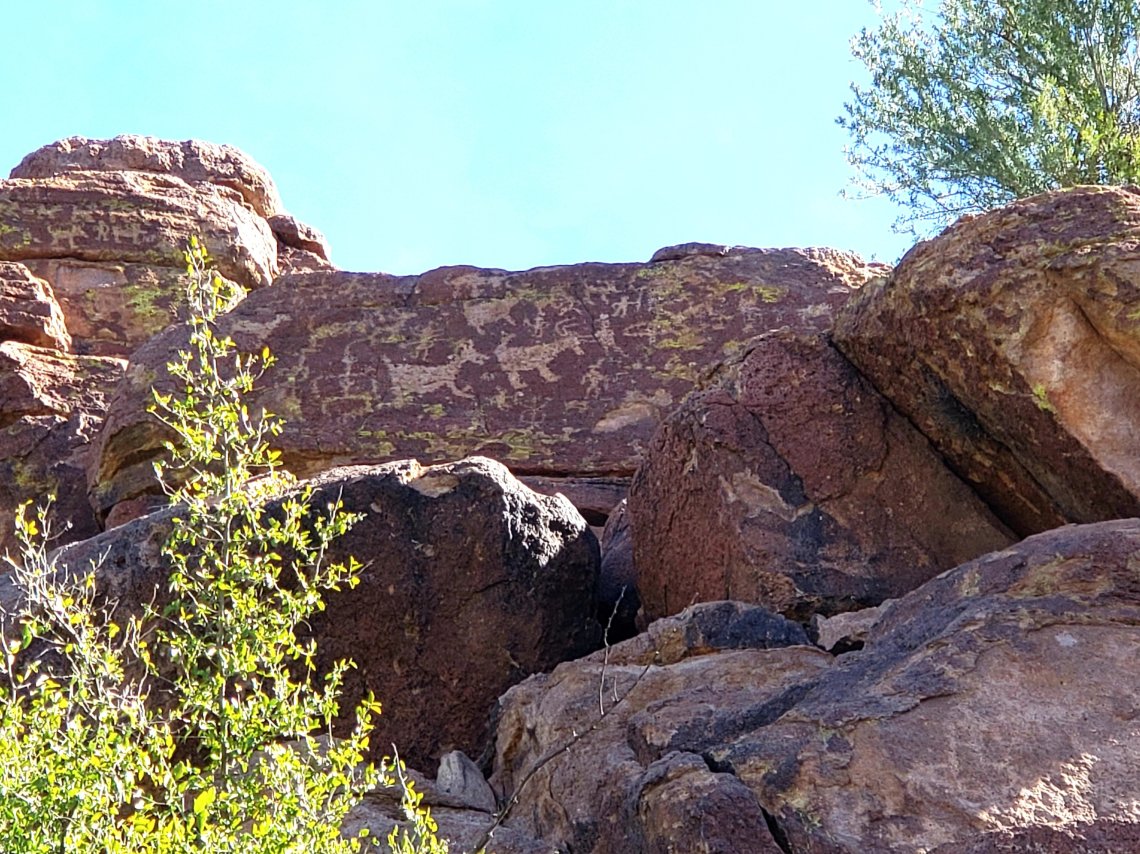 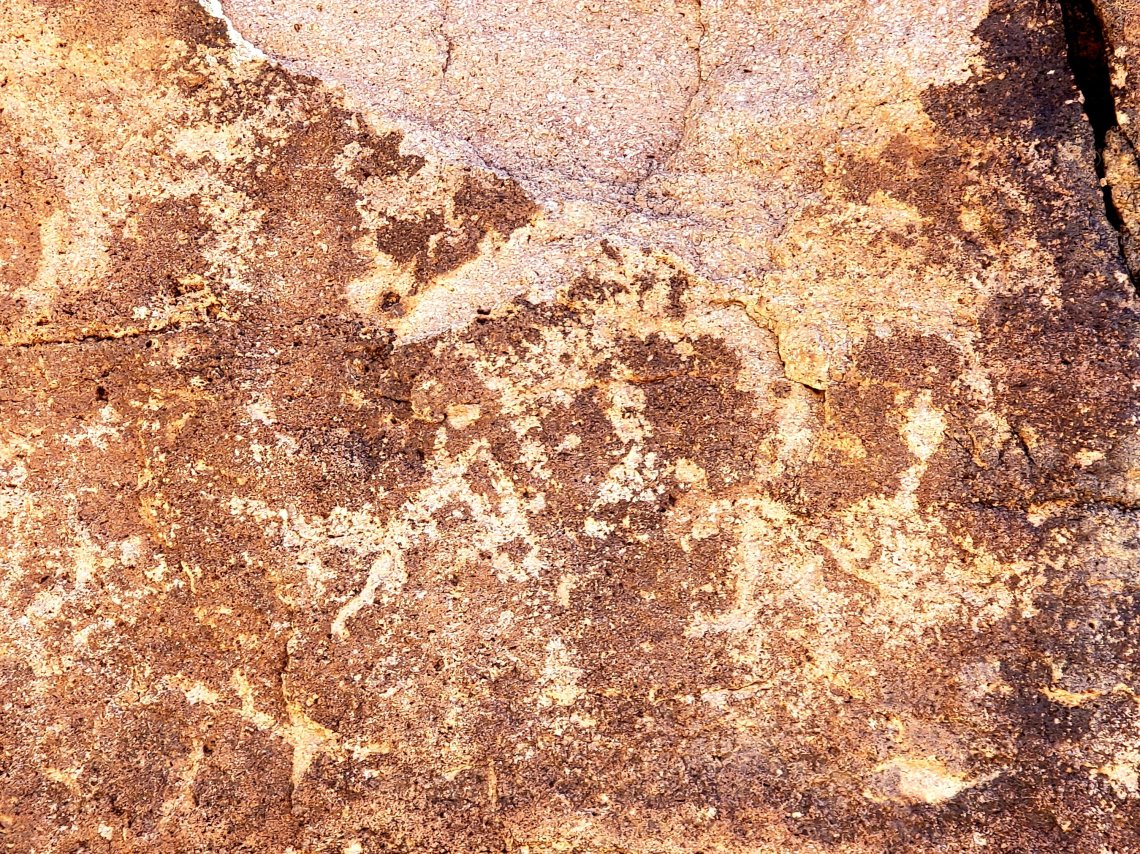 We then headed into the National Park.

The park has East and West segments on each side of I-10 north of Tucson. Today we are visiting the West side of the park.

The lush valleys and mountains of Saguaros is just magnificent. These cactus grow very slow and it may be seventy years before they sprout branches, or arms. 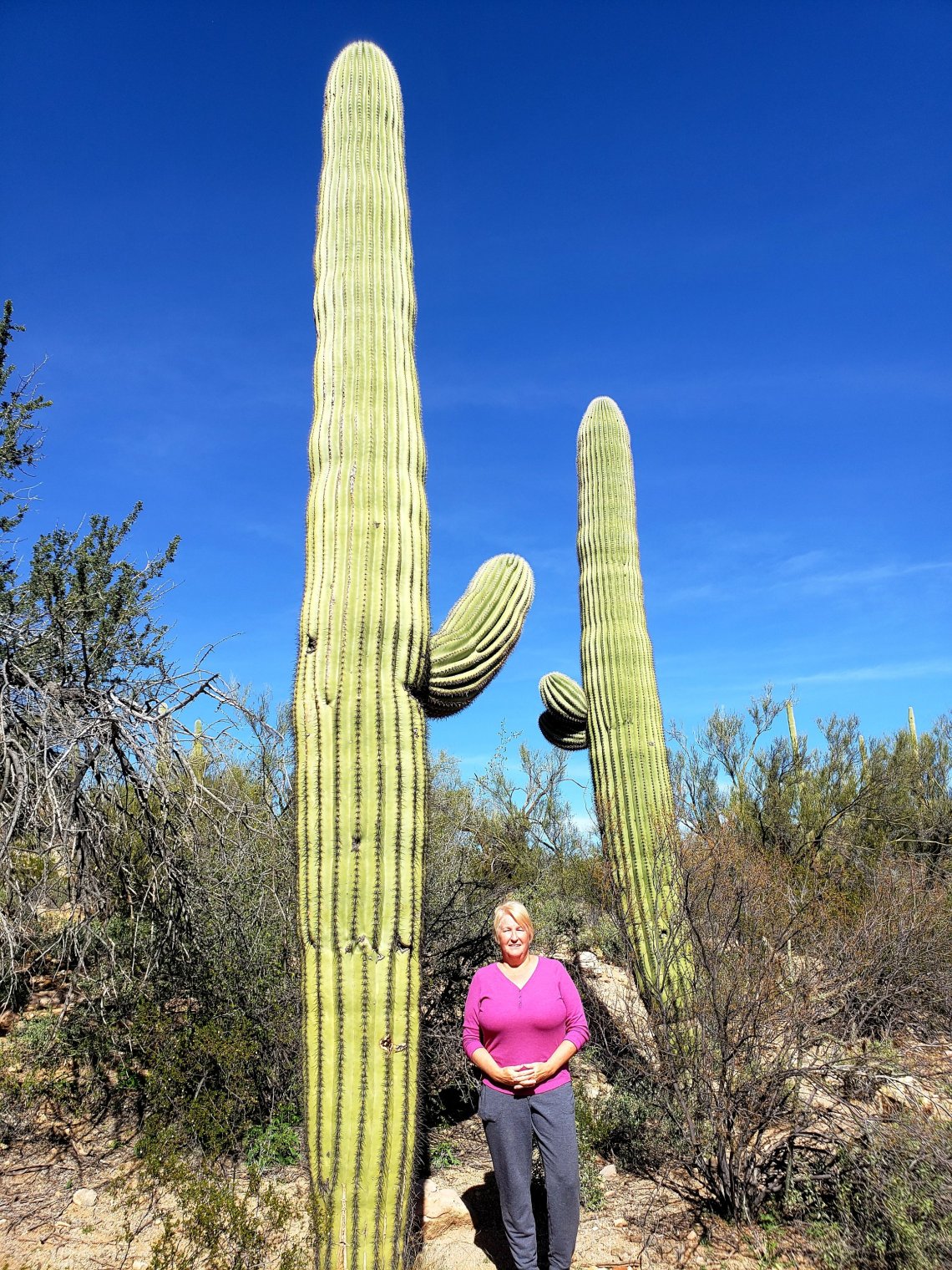 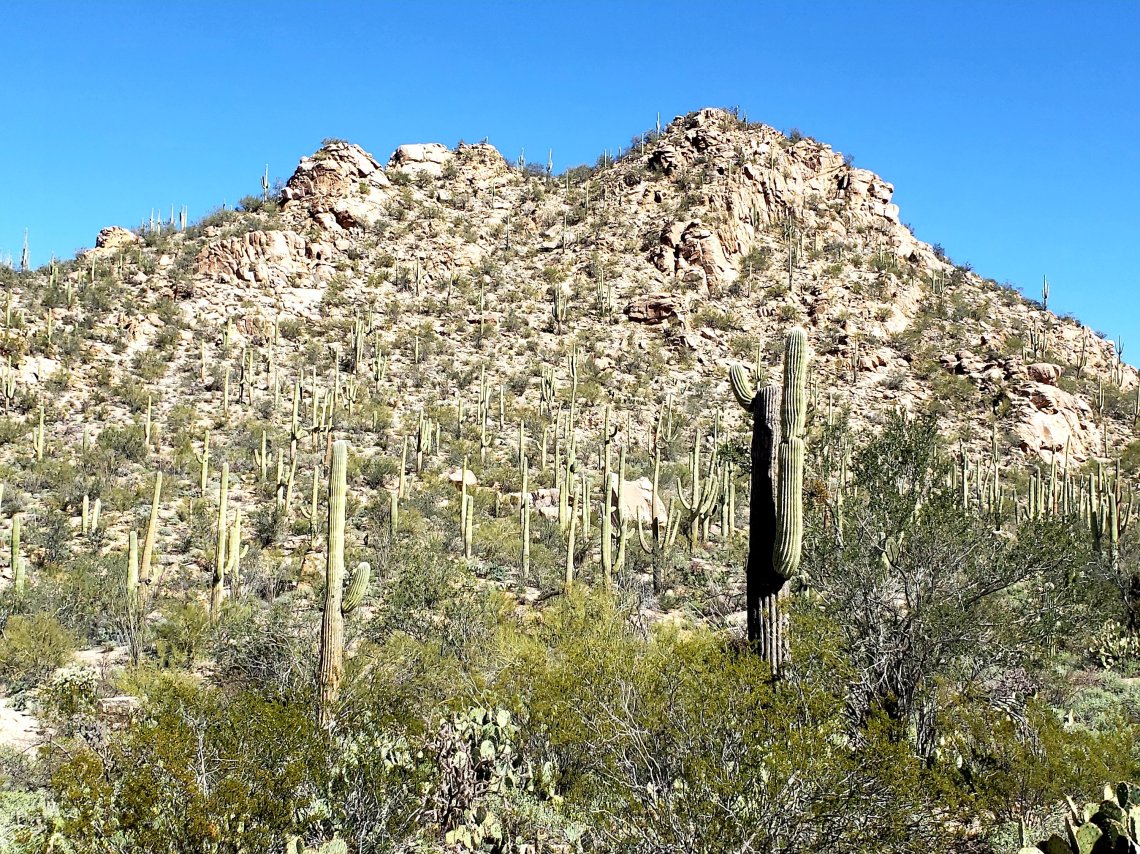 We had a packed lunch and ate at the Sus Picnic Area at the beginning of the Bajada Scenic Loop. There was this rock building there and some early desert flowers. 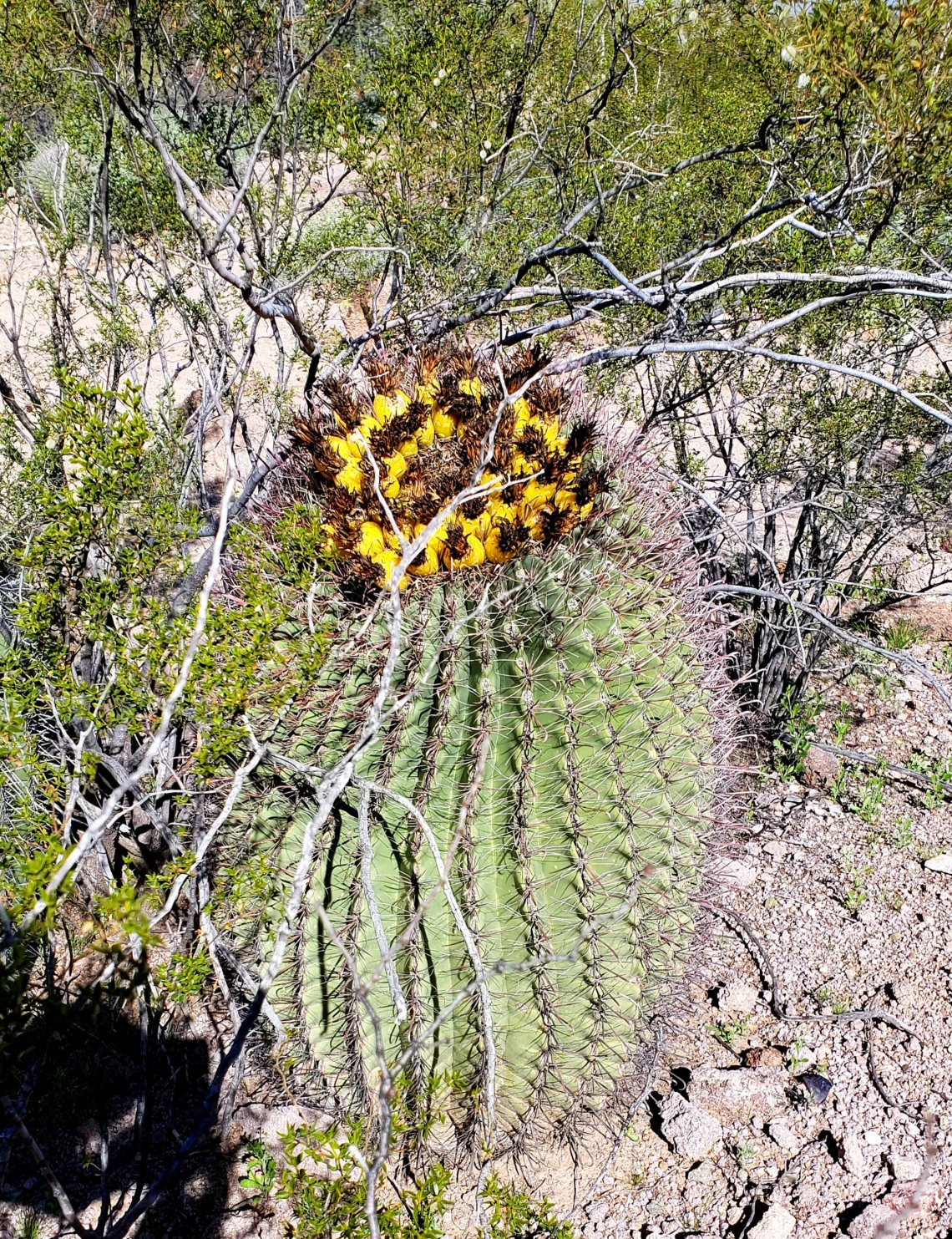 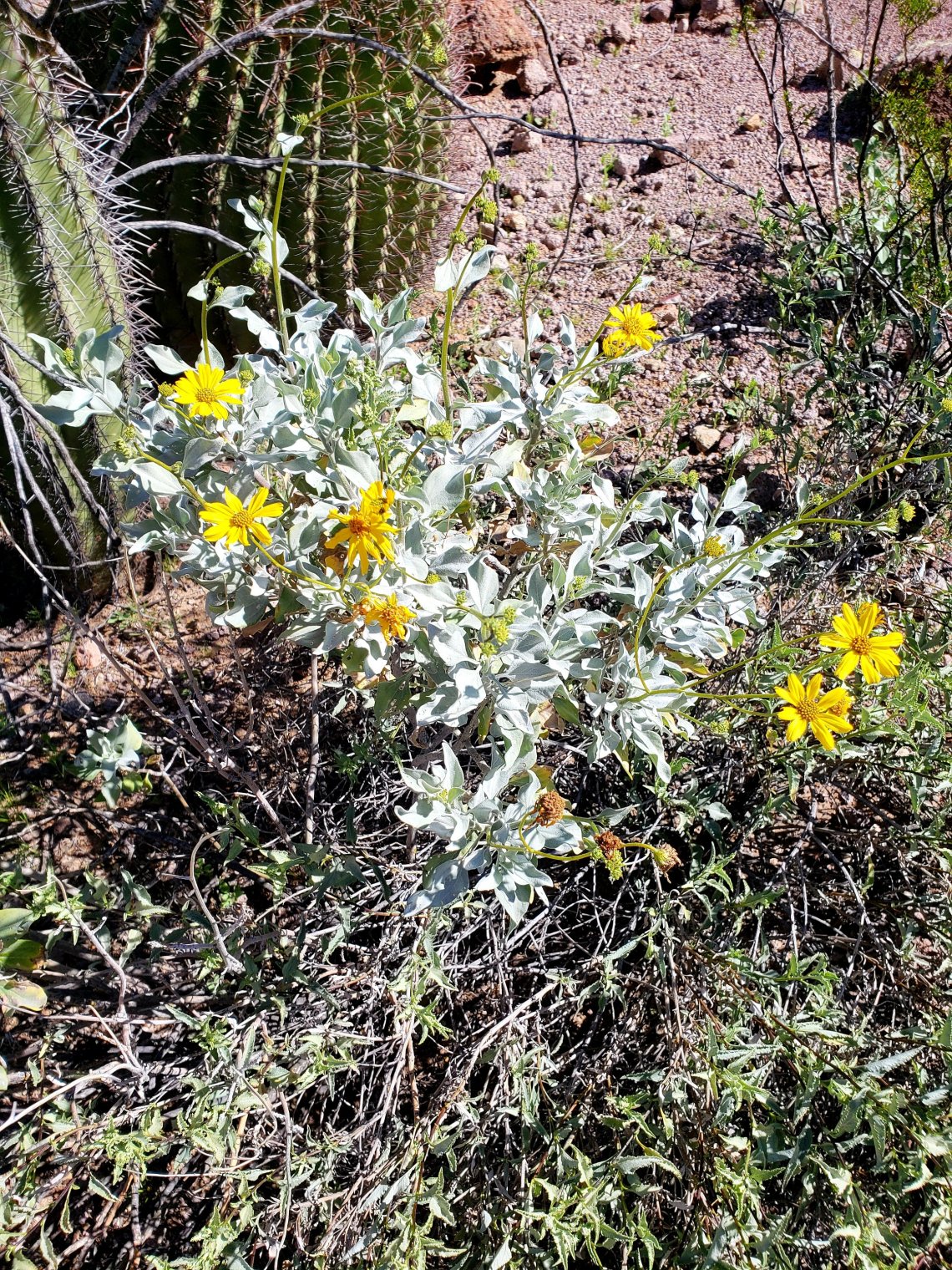 As we followed the scenic loop around after lunch it was time to take a short hike up to see the Signal Hill Petroglyphs.

The people of the Desert culture left their mark by means of Petroglyphs somewhere between 450 and 1450 CE.

Today the Tohono O’odham (Desert People) live and see the Saguaro as people. Their theory is you come from the earth and live and when you die you return to the earth. Respect for the earth is respect for yourself.

I know that was kind of deep but I get it.

Here are the Petroglyphs that we saw on our trip to Signal Hill.

See the litte bird sitting on top? It sang to us on our hike. 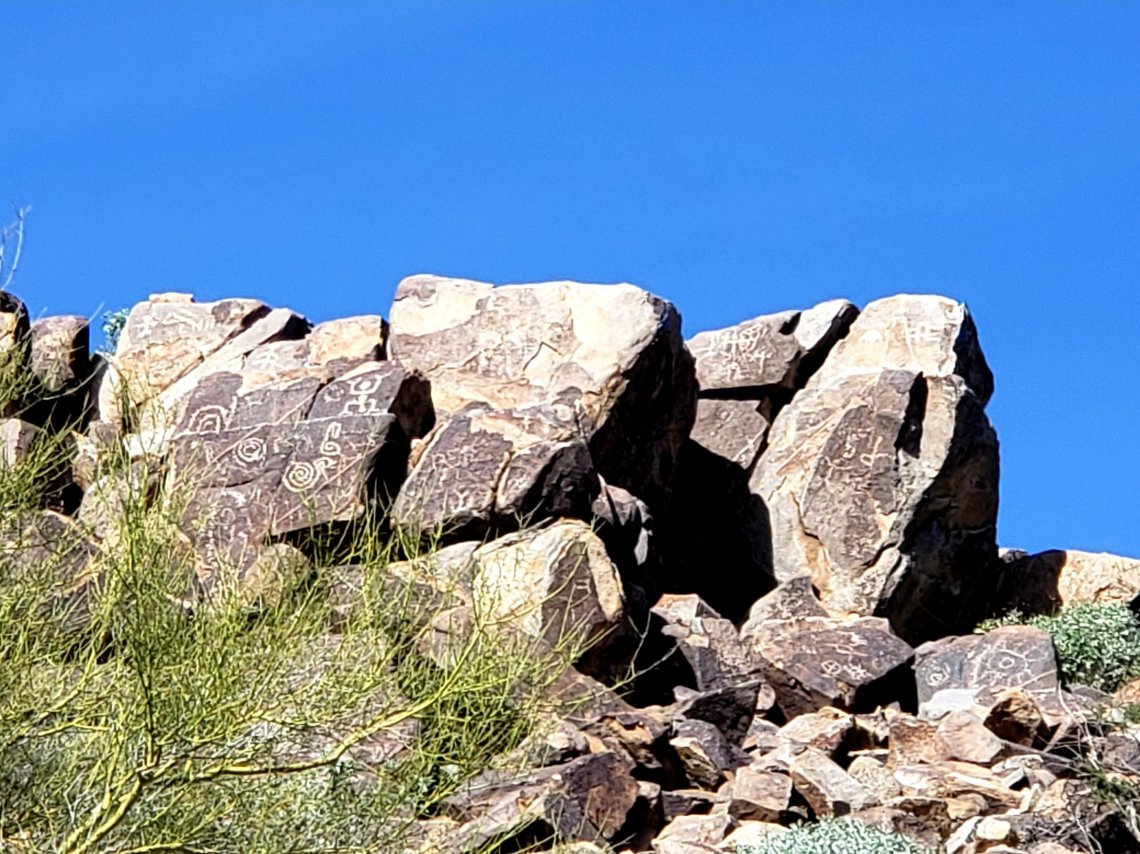 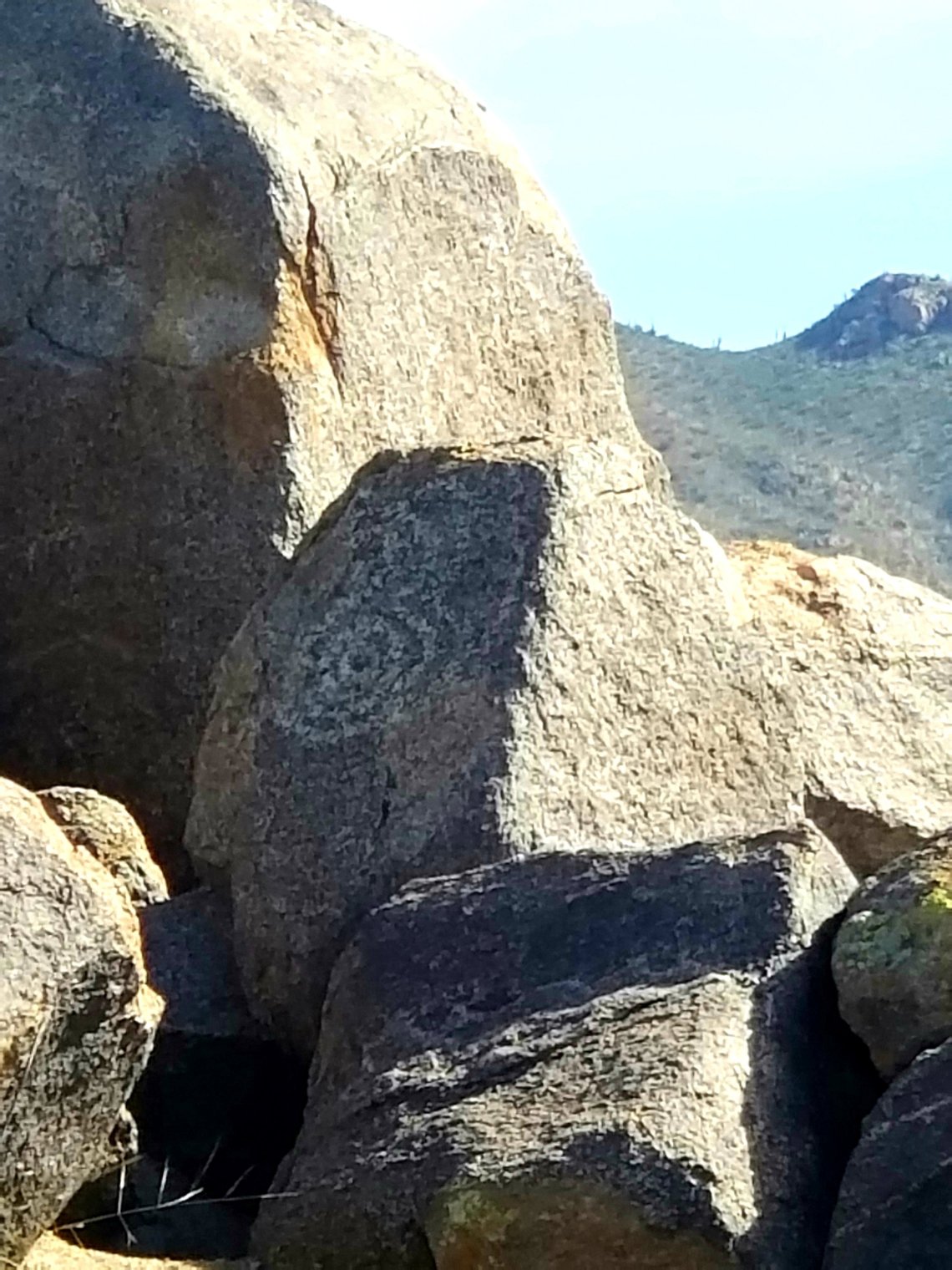 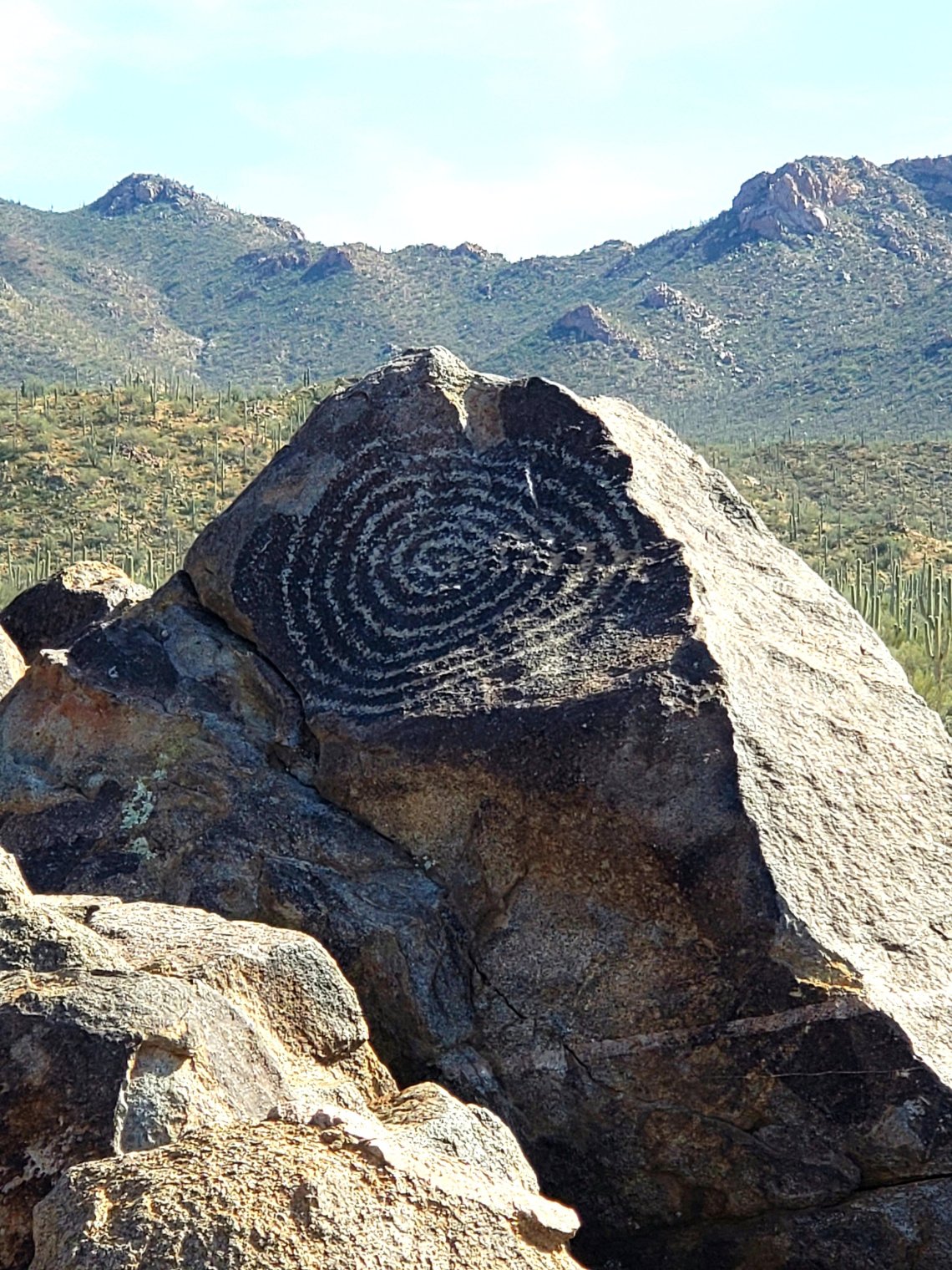 Can you find the Round Tailed Ground Squirrel?

These are a few pictures of an earlier two mile hike. It was a beautiful morning and felt good to be out in nature.

So, I am going to close my blog this week with my John Wayne mystery.

I have heard John Wayne’s name mentioned a couple different times here in Casa Grande and there is also a road in Maricopa named after him.

The later is true and the bar is even named “Dukes” after him. 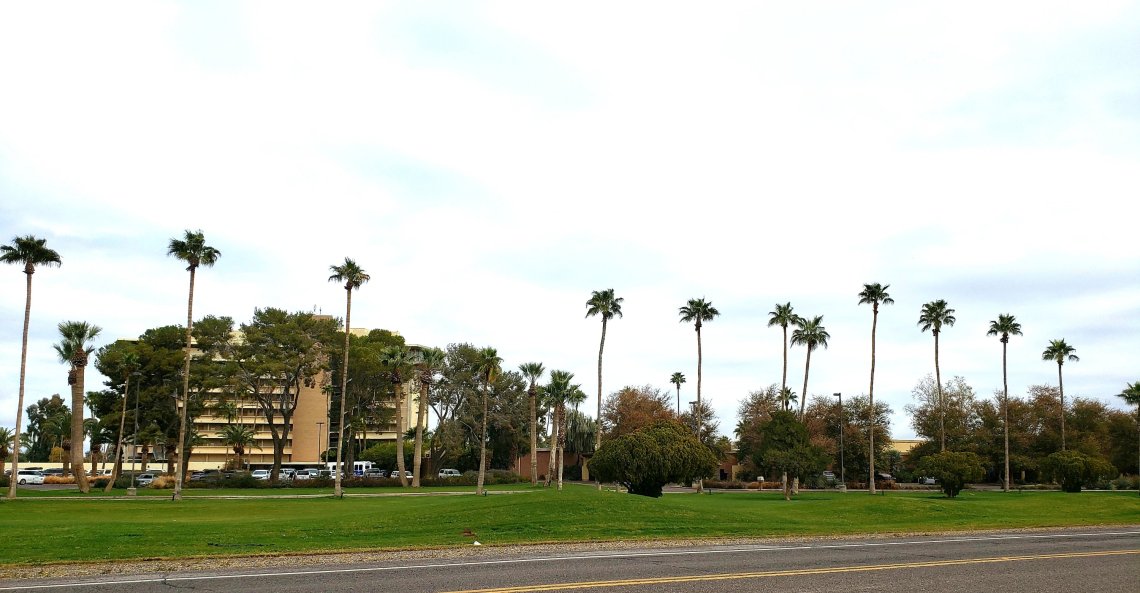 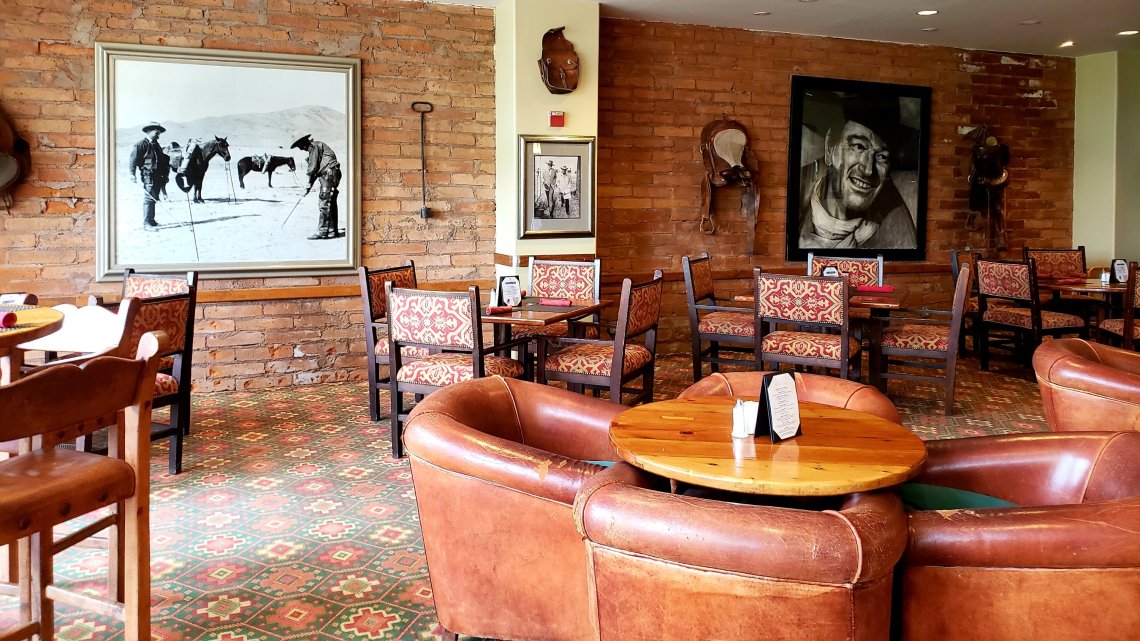 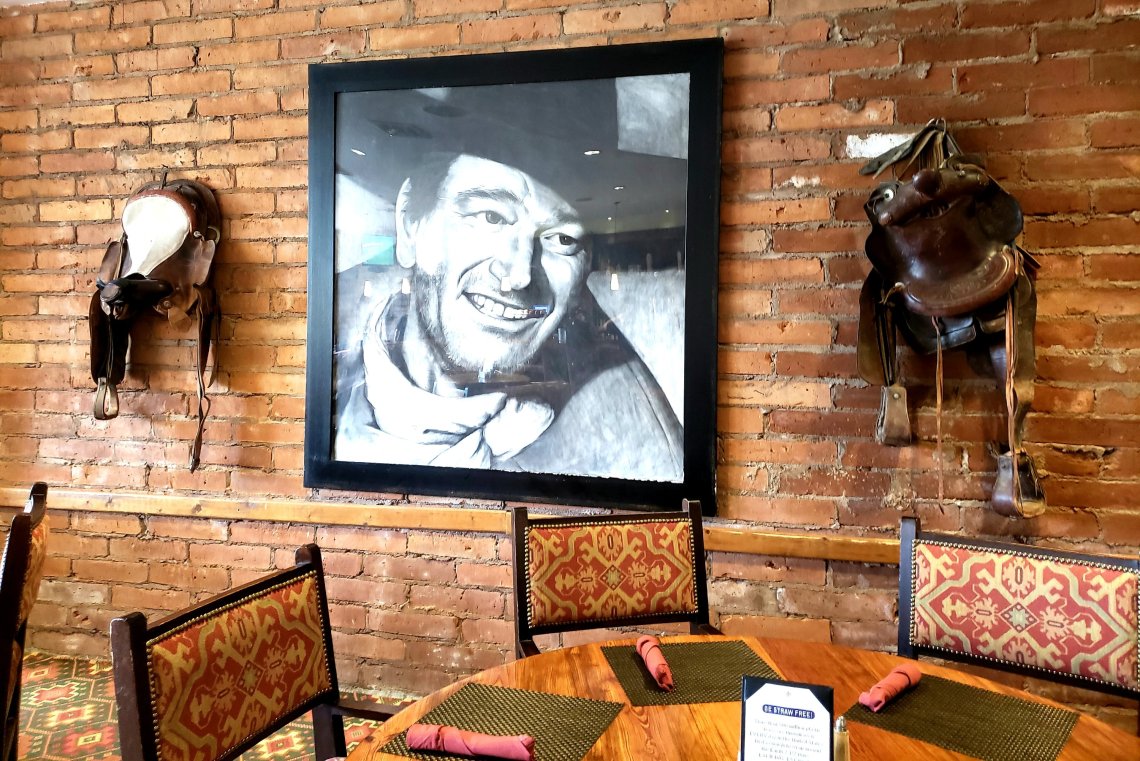 I went on an investigative journey to find John Wayne’s cotton ranch.

I was pointed in the direction of Stanfield, AZ, which is about six miles away, by good ole google.

I drove to Stanfield and surely thought someone would have the information I was looking for. A nice lady at the gas station pointed me in the direction I should travel.

So I drove out where she told me to. There was a ranch I thought might be it but I just wasn’t sure. I did some more digging into google.

This is what I was able to find out. The Duke did own land in the area of Stanfield along with Louis Johnson. I cannot find evidence of an actual dwelling but was able to find out this; when he visited the property he stayed with the Johnson’s. Here is the residence. 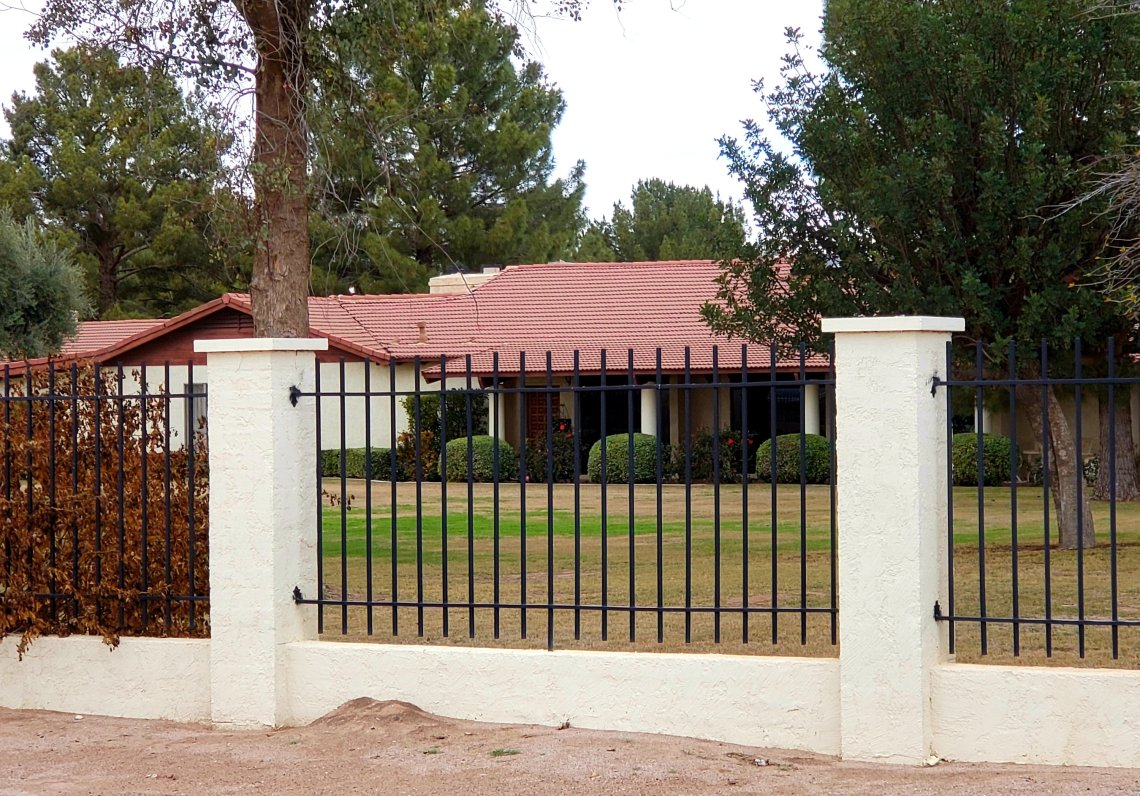 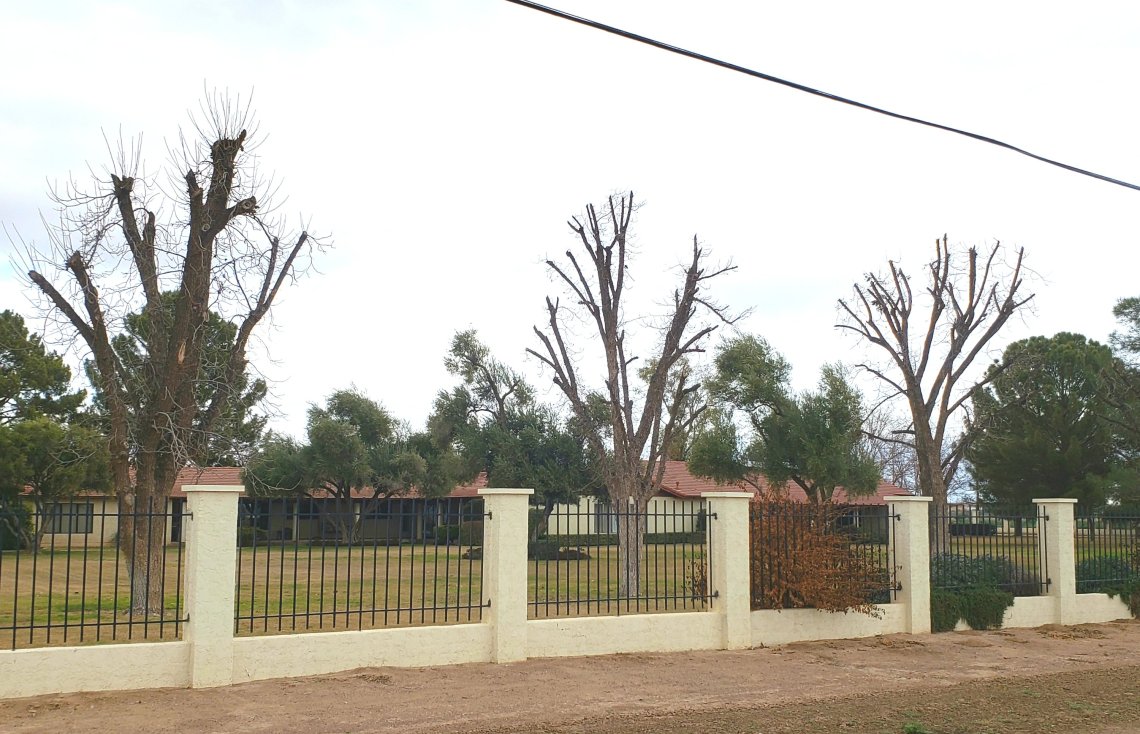 I found this information from an article written by Alice Johnson McKinney, the wife of the late Louis Johnson.

John Wayne and Louis Johnson raised Herefords on the land and had a barn sale every year for 20 years. The “26” barn still stands today. 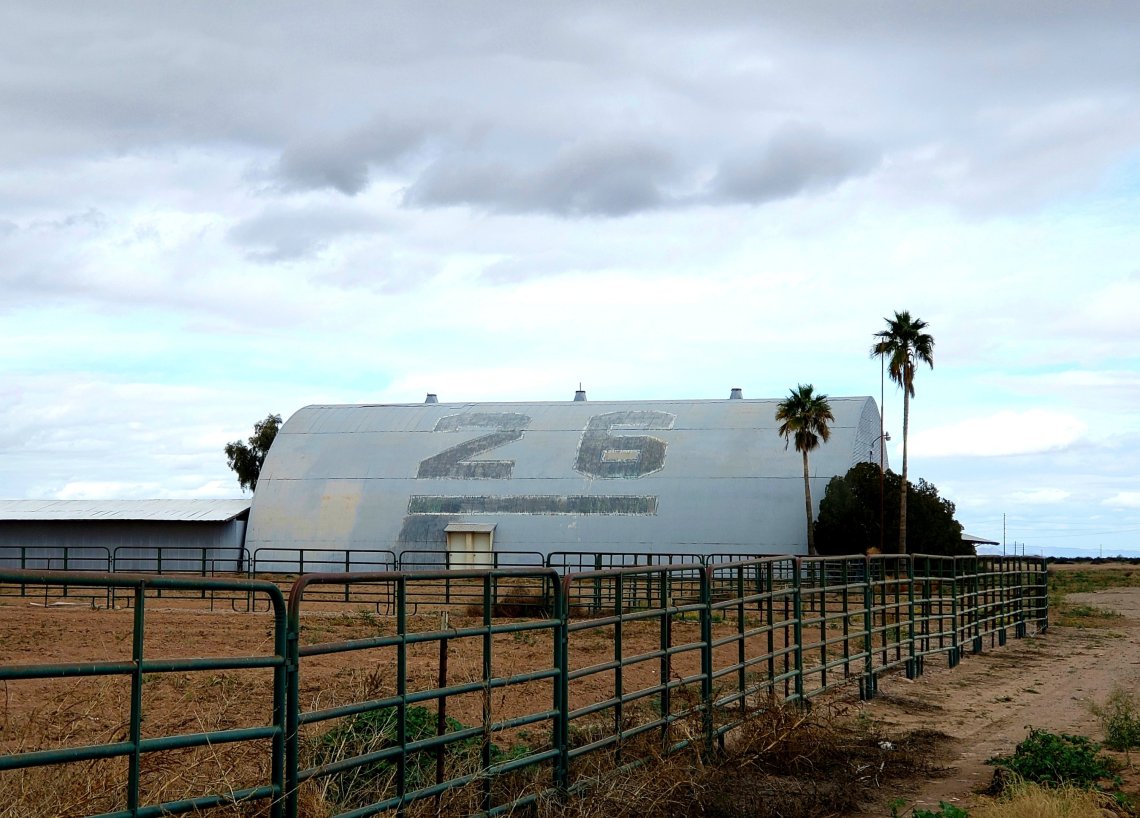 Here is a picture of John Wayne and Louis Johnson.

We have two weeks until we leave Desert Springs and head further west, but still have a lot of fun places to see and things to do. So stay tuned!

This is game day with a few of the ladies here at the park.