Halloween is in the air at Indian Lake State Park!

This is the last blog for this adventure but there will be more to come in the future.

I left the light misty rain of Indian Lake State Park this morning headed for Ohio. I have come full circle and will be crossing the “Mighty Mac” later this morning.

If you are following you know that I have been to several lighthouses, waterfalls and small towns. The state of Michigan, according to my map has 129 lighthouses. The most of any state. In my travels I have been to about 45 of them. Approximately 20 to 30 can only be seen if you have a boat. So, I have been to almost half of what can be visited by land.

The last one that I will visit is the Seul Choix Point Light. It was built from 1892 through 1895. The tower is 78 feet 9 inches in height and has a ten sided cast iron lantern.

The French named it Seul Choix as it was the “only choice” for a ship to seek refuge between the Straits of Mackinac and Manistique. 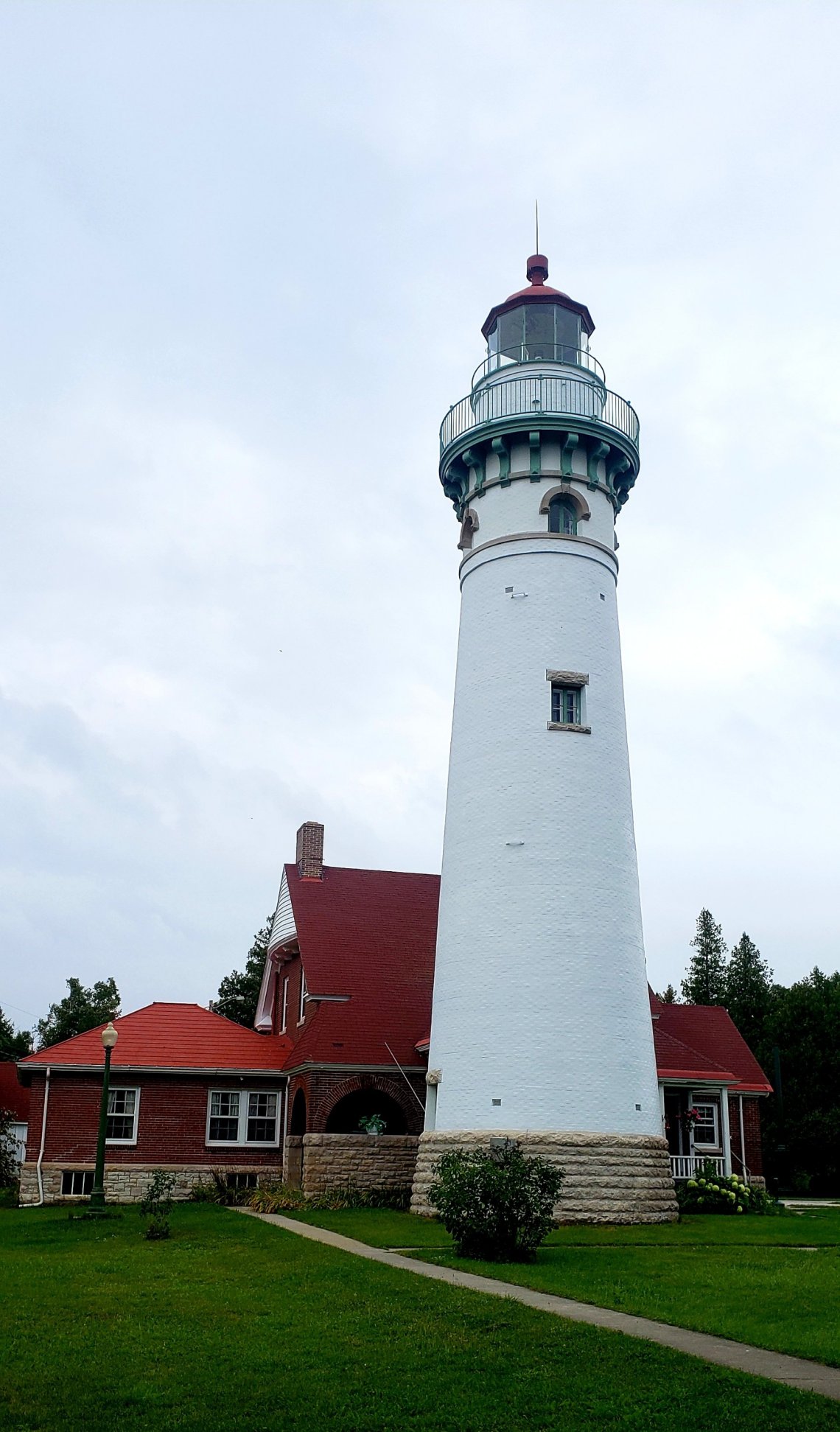 There is a Fog Signal Building that was built in 1895. 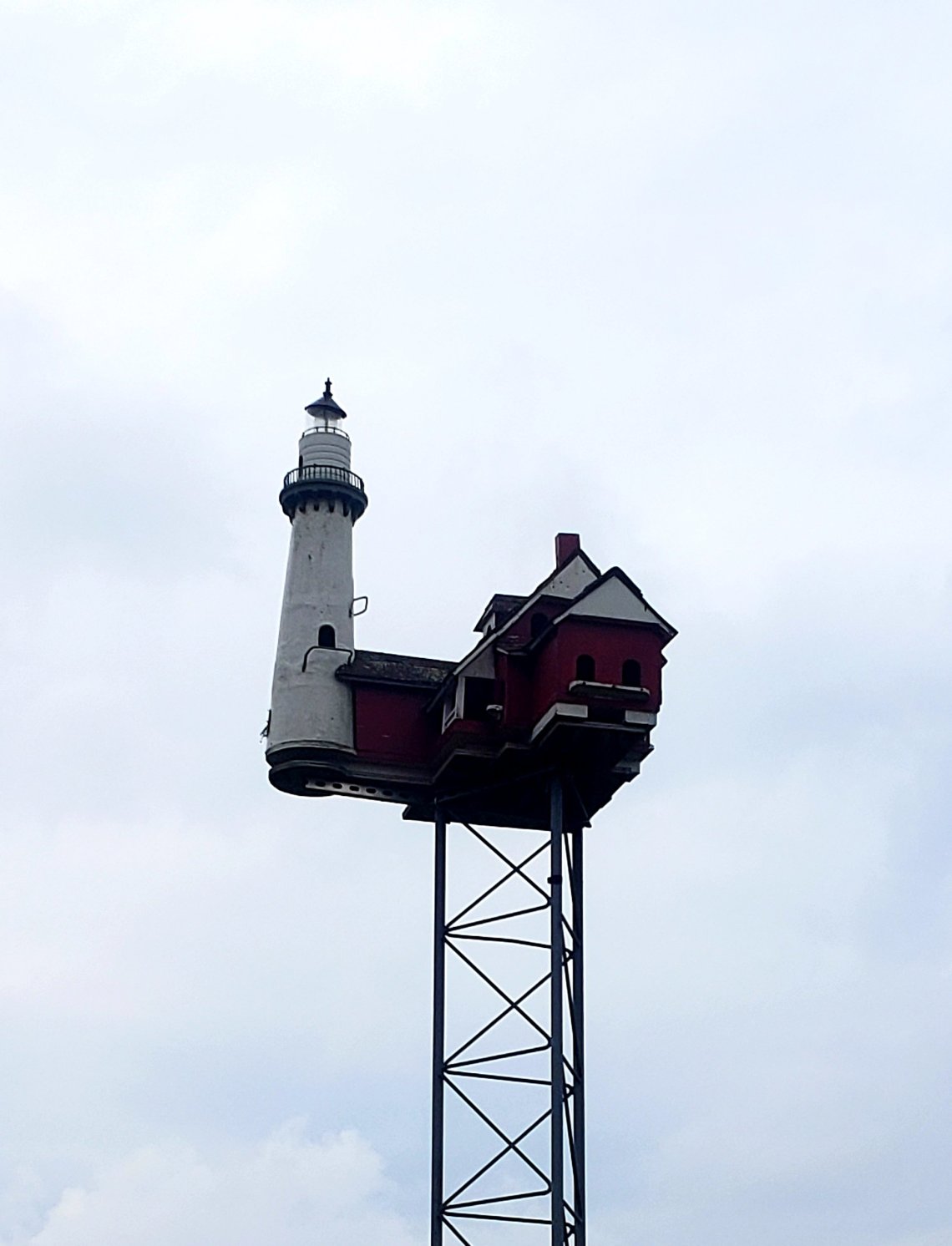 There was the boat house which had items from different ships.

Inside the boat house was a Creasy Ice Breaker. Not sure how it works but it looks really heavy.

Outside in the truck were the girls anxiously awaiting me to return. 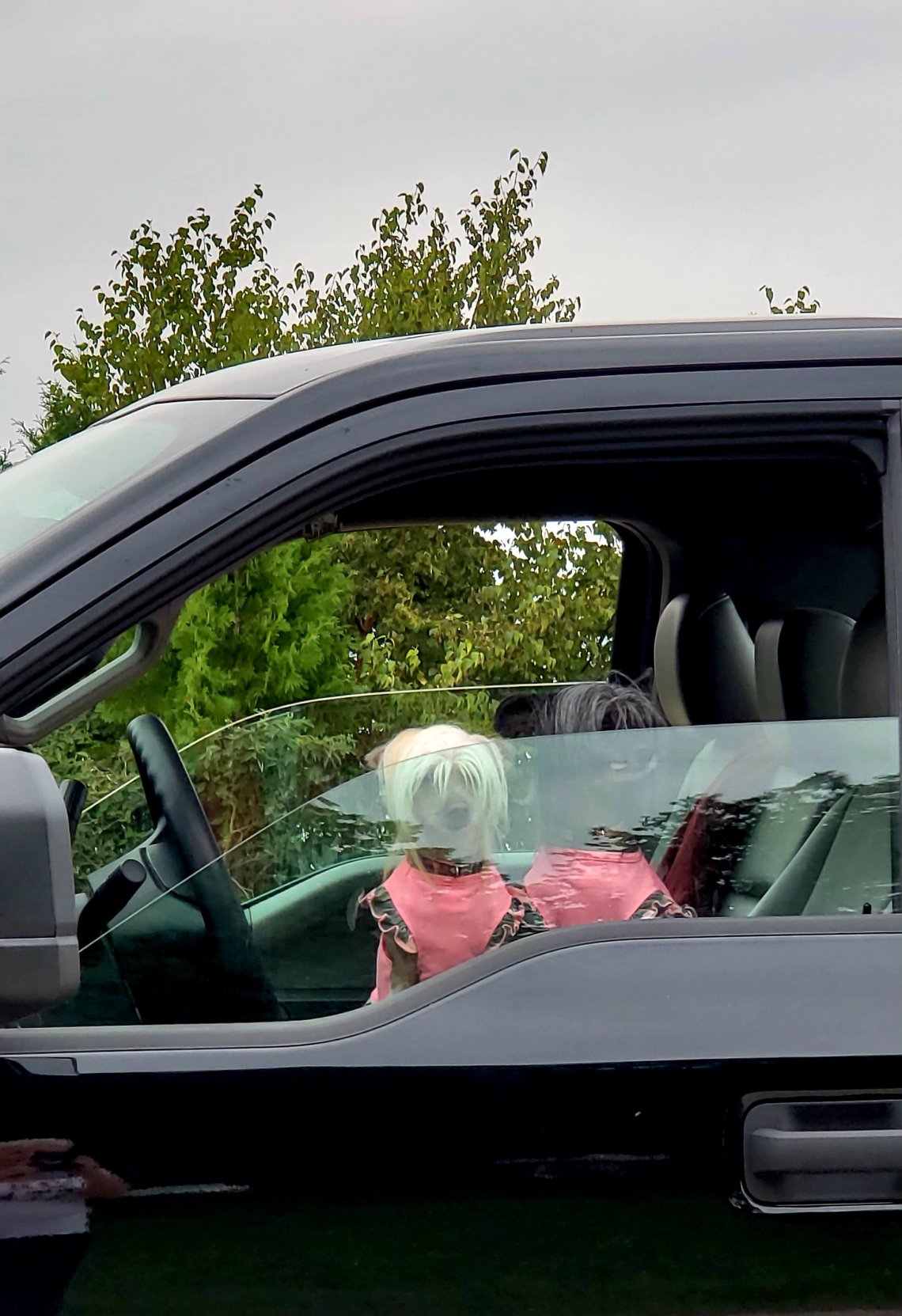 The bay as you can see is fairly calm…

On the other side was a not so calm Lake Michigan.

I want to share with you one more interesting article, by Ken Rudine, about the haunting of the Seul Choix Point Light. It reads….

Joseph Willie Townsend was the keeper there from 1902 to 1910 when he died in that upstairs bedroom. His body was drained and prepared for his wake which was held in the basement. He lay in state in the parlor until his relatives could assemble from other locations. He was buried nearby in a cedar coffin. Joseph was a cigar smoker in life, but his wife refused to let him smoke in the house. Now cigar smoke is often smelled in the house, as if Townsend now enjoys what his wife forbade.

Some time after Townsend’s death, the former round kitchen table parts were retrieved from the four corners of the basement where they had been stored. When it was reassembled in the kitchen it seemed possessed since the place settings and the chairs have been disturbed over 100 times by Marilyn’s count. Forks are found turned upside down, placed on the edge of a plate or forming a cross with a knife. Townsend’s typical way of laying a fork on his plate was with the tines down.

An alarm company was once asked to make a quote on installing an alarm system. The salesman was given a key so he could make his estimate at his convenience. After making notes, he went outside to his car, locking the lighthouse door behind him. As he sat alone totaling his quotation in his car, he happened to look up at one of the windows and saw Joseph Townsend looking back at him. He dropped his clip-board, started his engine and left at a high rate of speed. He never submitted his quote. Another company performed the alarm installation.

The pictures I took in the round mirror showed nothing unusual, but coming down the stairs afterward, on the landing, Yvonne and I felt a definite cold down-draft. Marilyn said that is a regular event without a cause. We don’t know whether to believe in ghosts or just believe we don’t yet understand, what we call ghosts.

I wish they had been open when I visited today.

Lastly, I just want to say thank you to those of you who follow my blog. I appreciate your comments here and on Facebook.

See you soon on the next adventure!!