“Indian Lake is a scene you should make with your little one
Keep it in mind if you’re lookin to find a place in the summer sun
Swim in the cove have a snack in the grove or you can rent a canoe. At Indian Lake you’ll be able to make the way the Indians do”

A very nice state campground that is located outside of Manistique, Michigan.

We left Iron Mountain around 10 AM and I was ready for some coffee. We had a storm roll through during the night and it woke me. Good thing too because my ceiling vents were both open!

The family I met at Fort Wilkins are from Escanabaand that’s where I am driving through first. Sheri, the mom, told me I needed to see the lighthouse here and it did not disappoint. 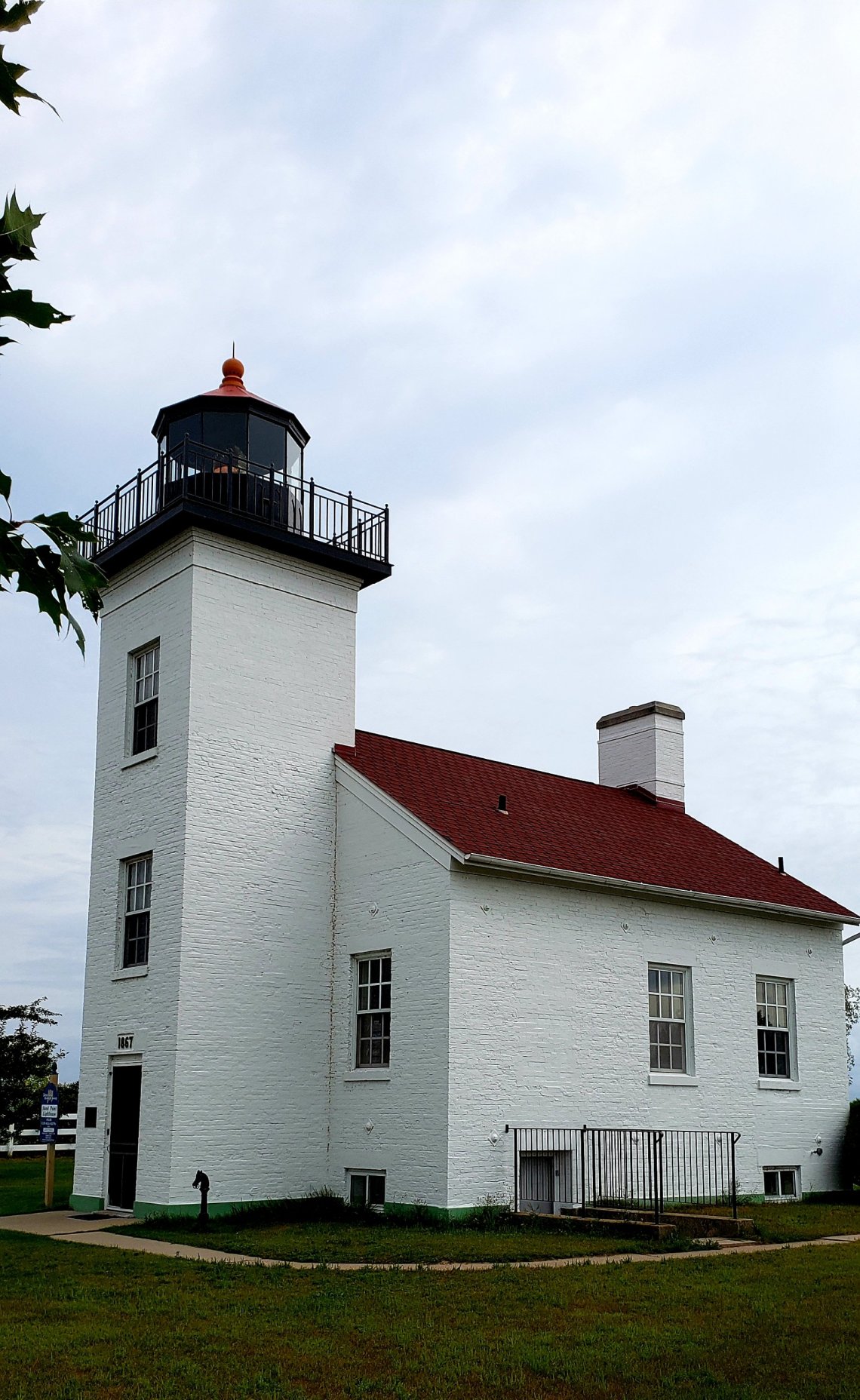 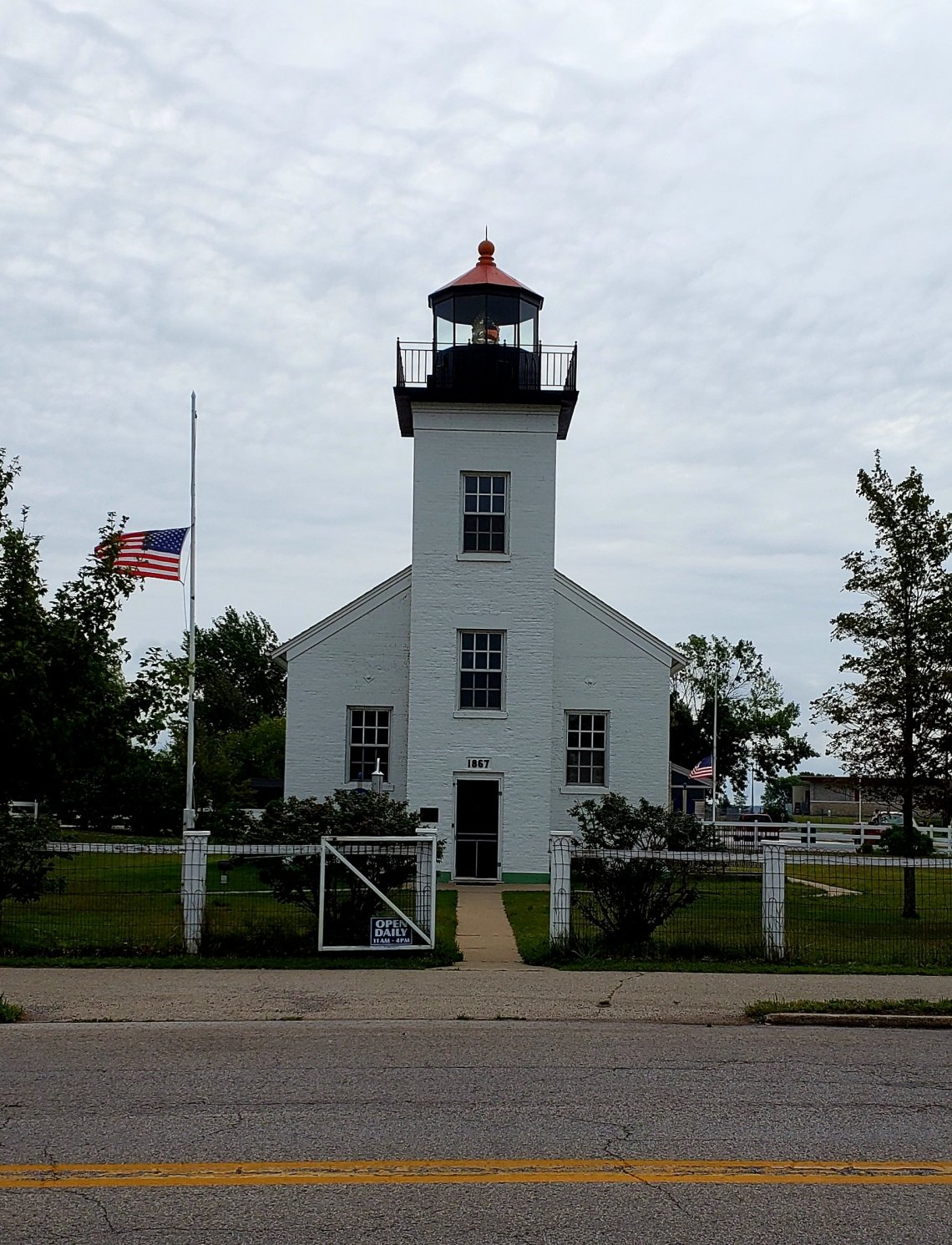 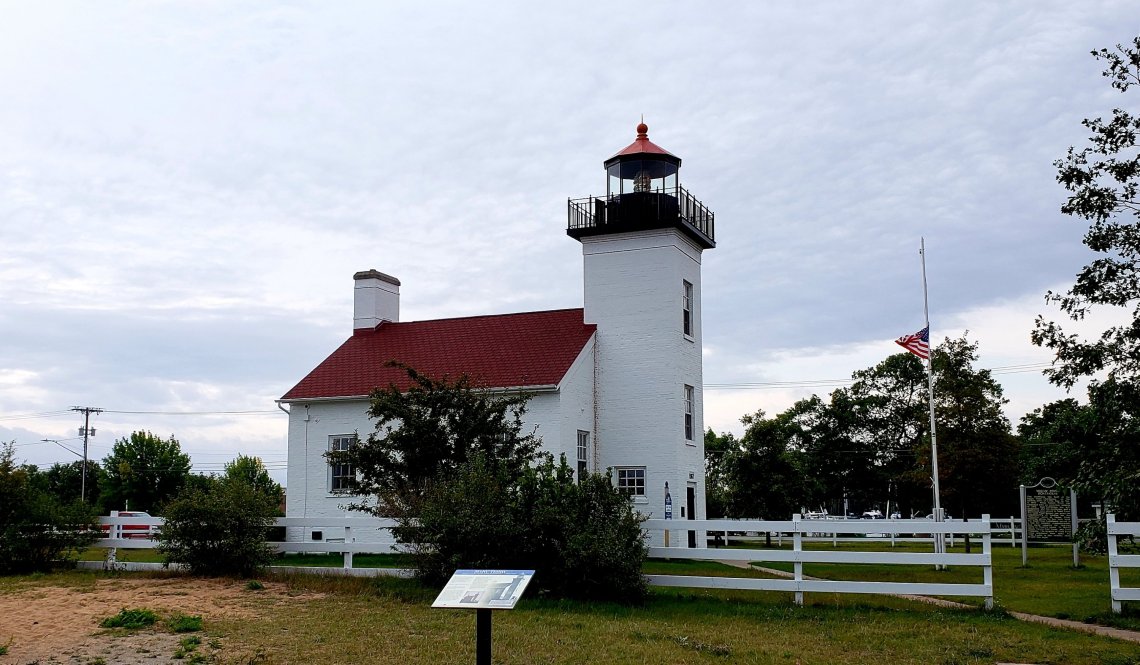 This is the boat house at the back of the lighthouse. 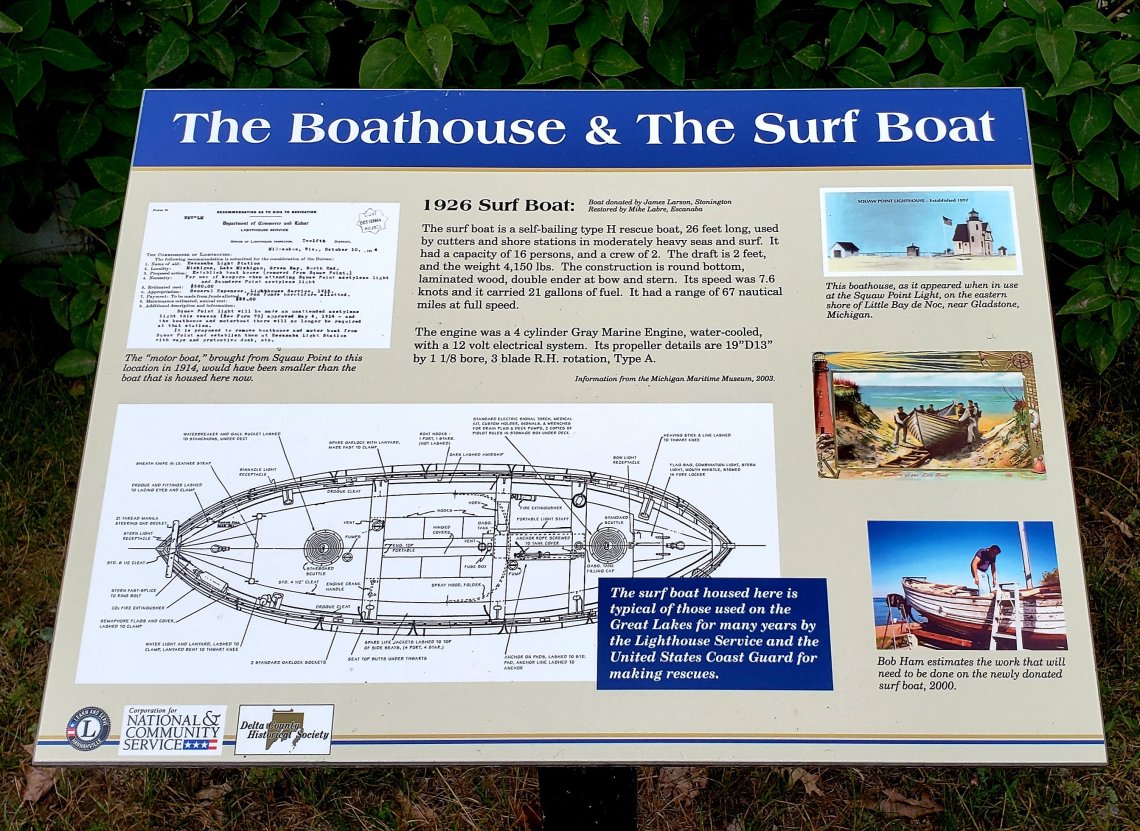 This is the Escanaba Crib a small offshore light that took over for the aging Sand Point Lighthouse. 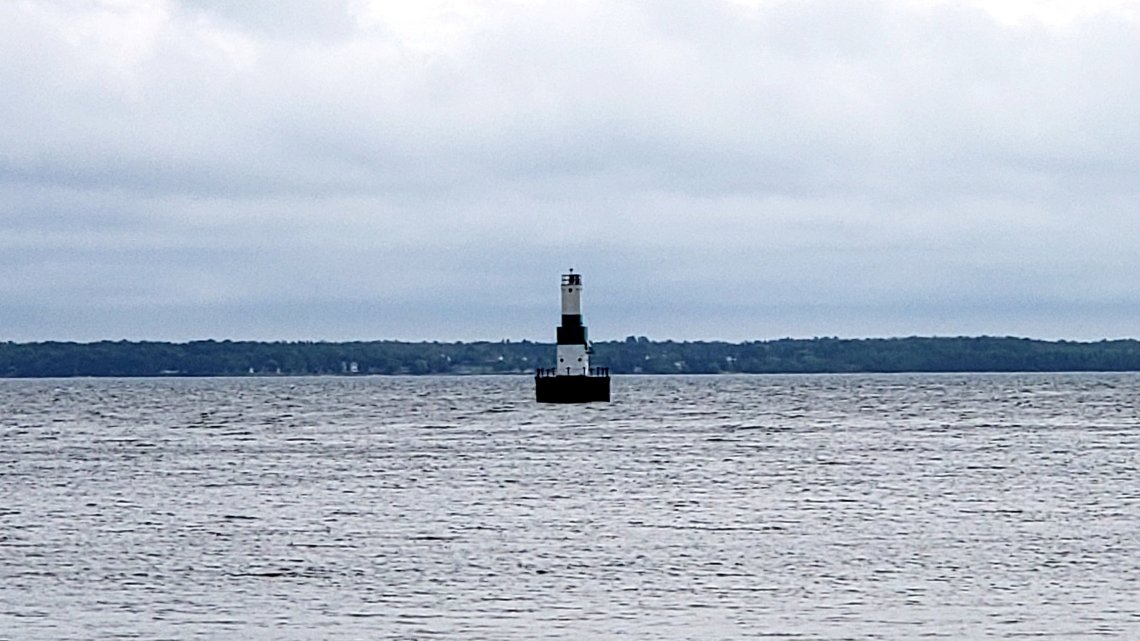 As I left Escanaba I spotted a lighthouse that is not on my map. I followed the lake shore road around to find it. In the last couple years, the Gladstone Lighthouse welcomes visitors to the harbor area. It is located in Van Cleve Park. I could not find any information on it about being a working light or just a monument. 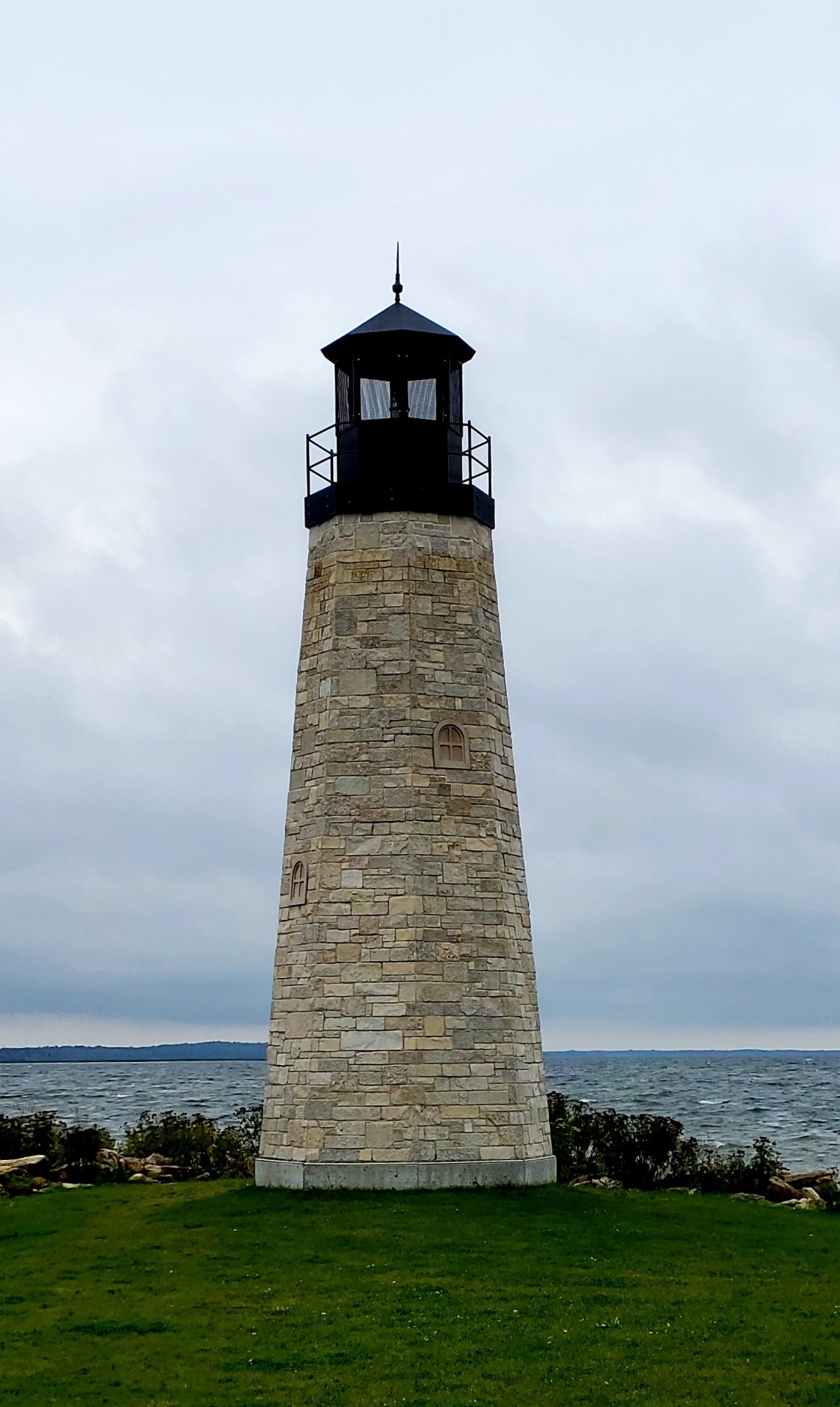 Then there was this really nice memorial. 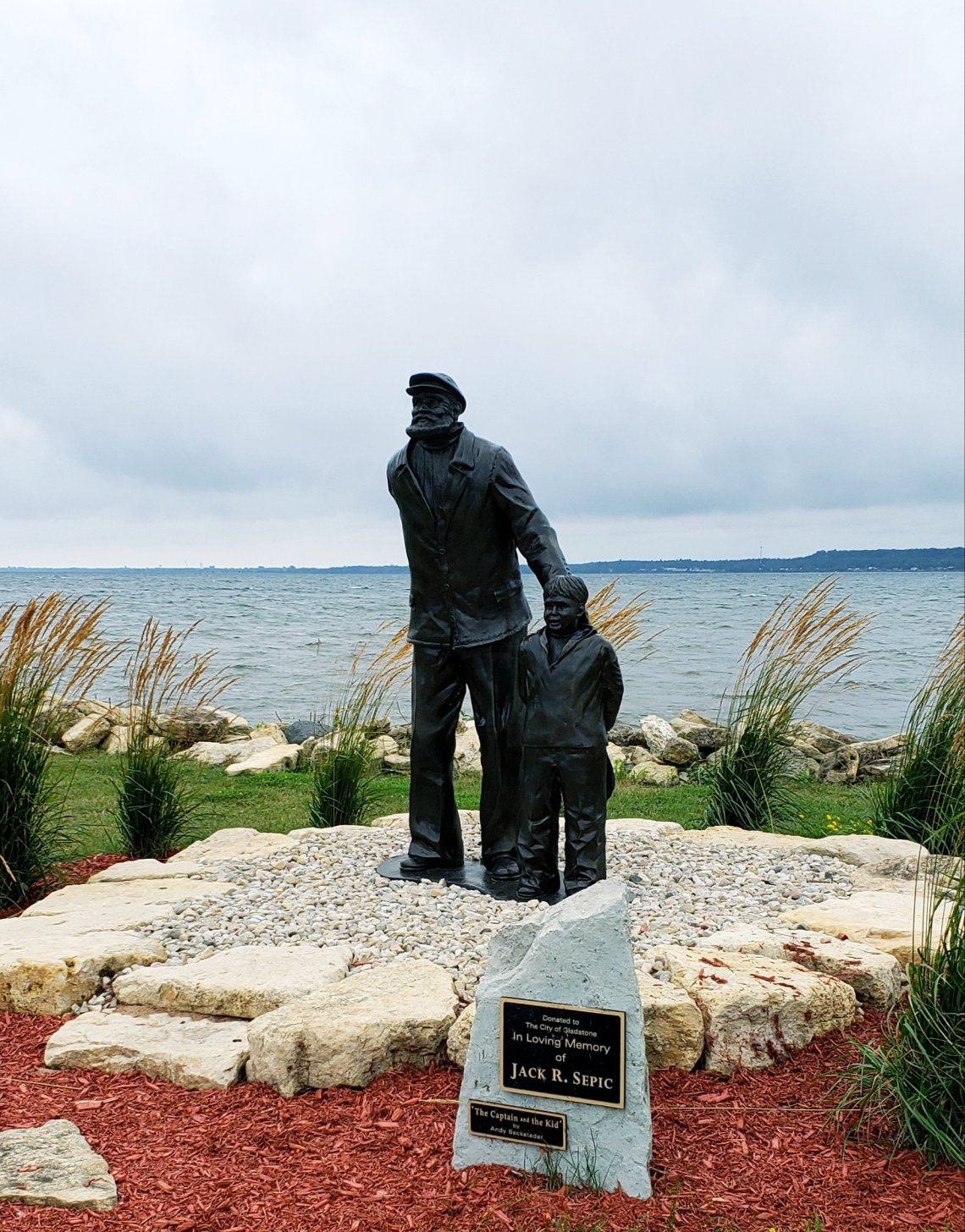 With Indian Lake only about 4 miles from town I thought I would check out the lighthouse there in Manistique before I set up camp. I was so disappointed when I could only see it from the beach. 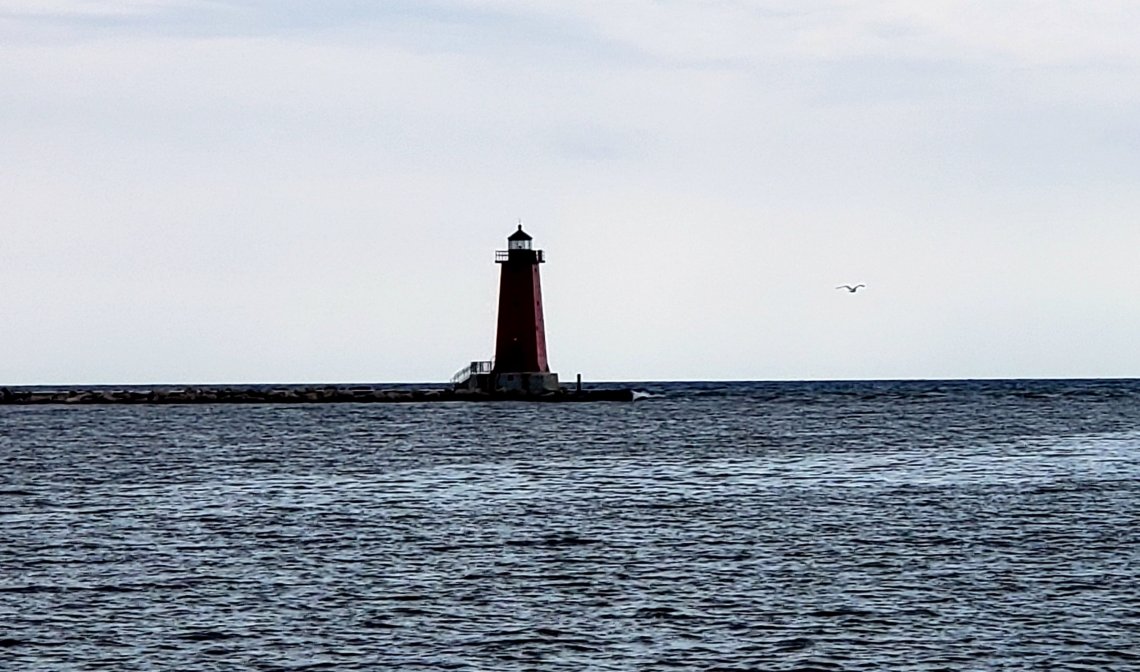 I drove out to the campground and set up camp. It was still early inthe afternoon so I went into town to do laundry. I turn on my GPS and head to town, then this amazing building shows up out of nowhere. Curiosity got the cat! This is the historical Manistique Water Tower. 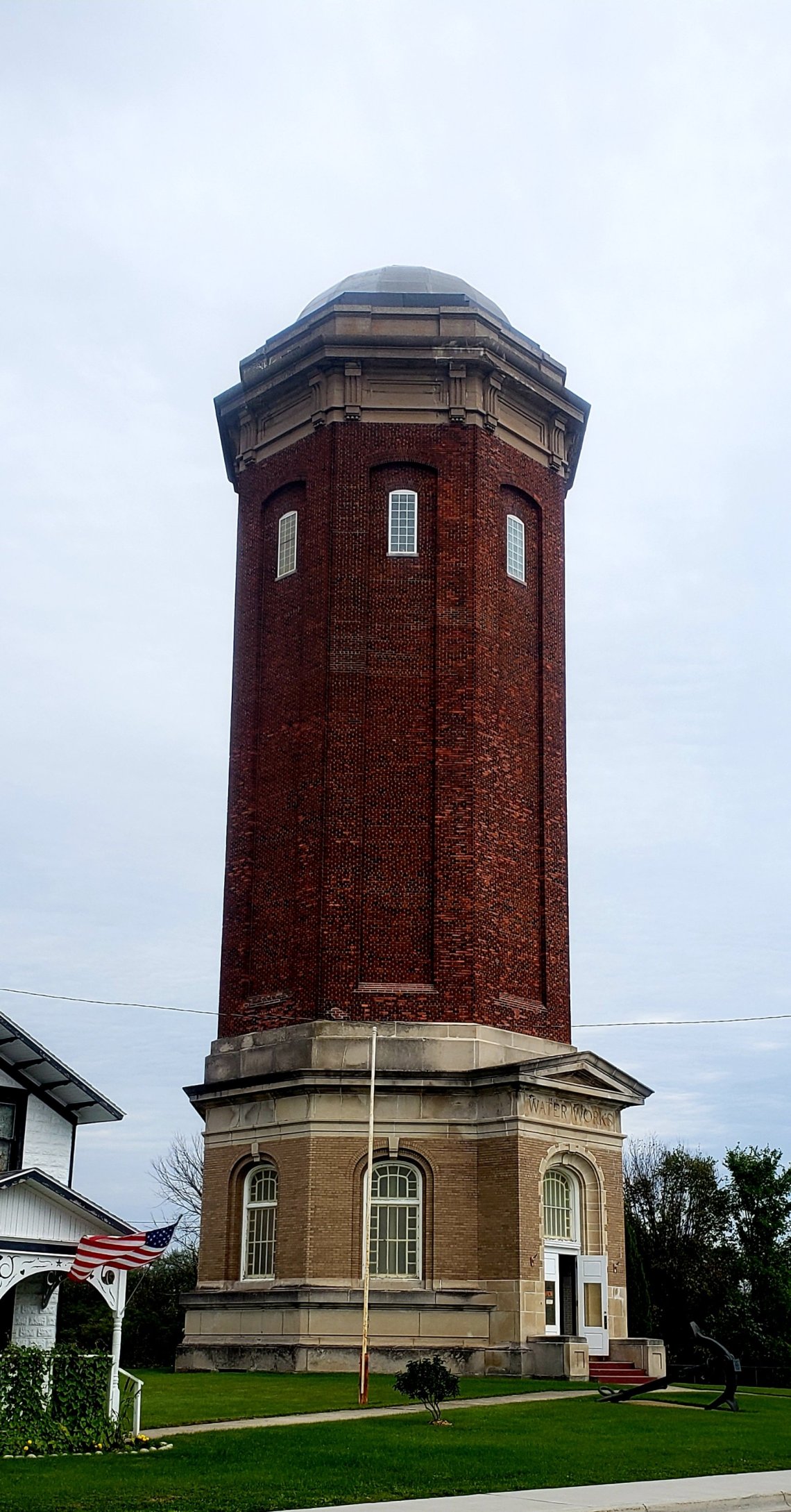 Built in 1922 the Roman period architectural tower had a 200,000 gallon capacity. It is 200 feet high and commemorates the citys water works.

There is also a museum on the site. 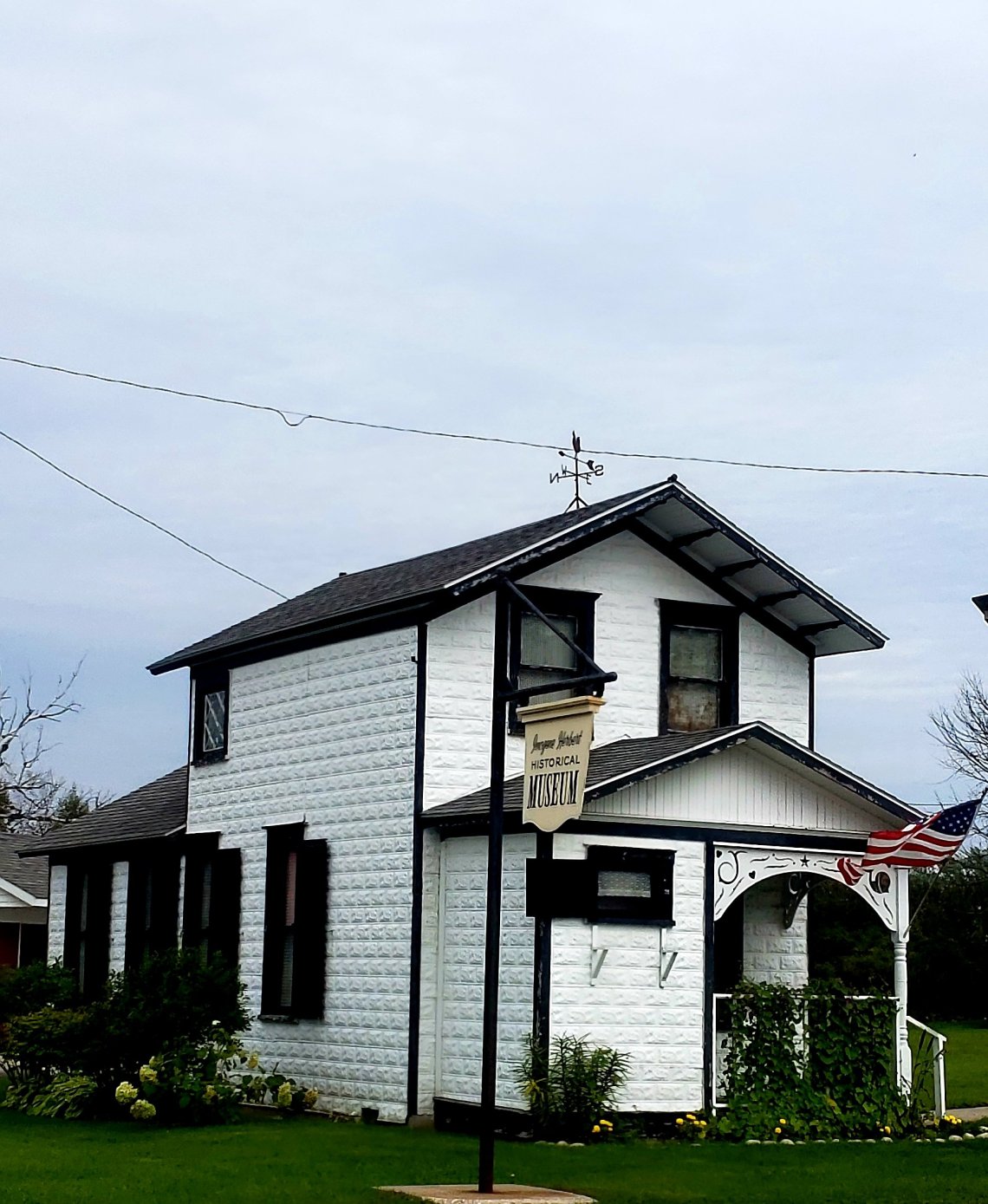 Still being a little bummed about the lighthouse I was lookinh through a brochure I picked up from the rangers station. OMG you can get to it!!!!!! So I throw the laundry in the dryer and take flight. I drove where the map said and there it was. The East Breakwater Lighthouse! Built in 1916 and standing 35 feet tall at the entrance to the Manistique River.

There is a boardwalk that takes you down to the beach before the break walls. You have to climb over some boulders to get to the pier. The wind was really kicking up and splashing water over the pier in parts. Here is the lighthouse close up. 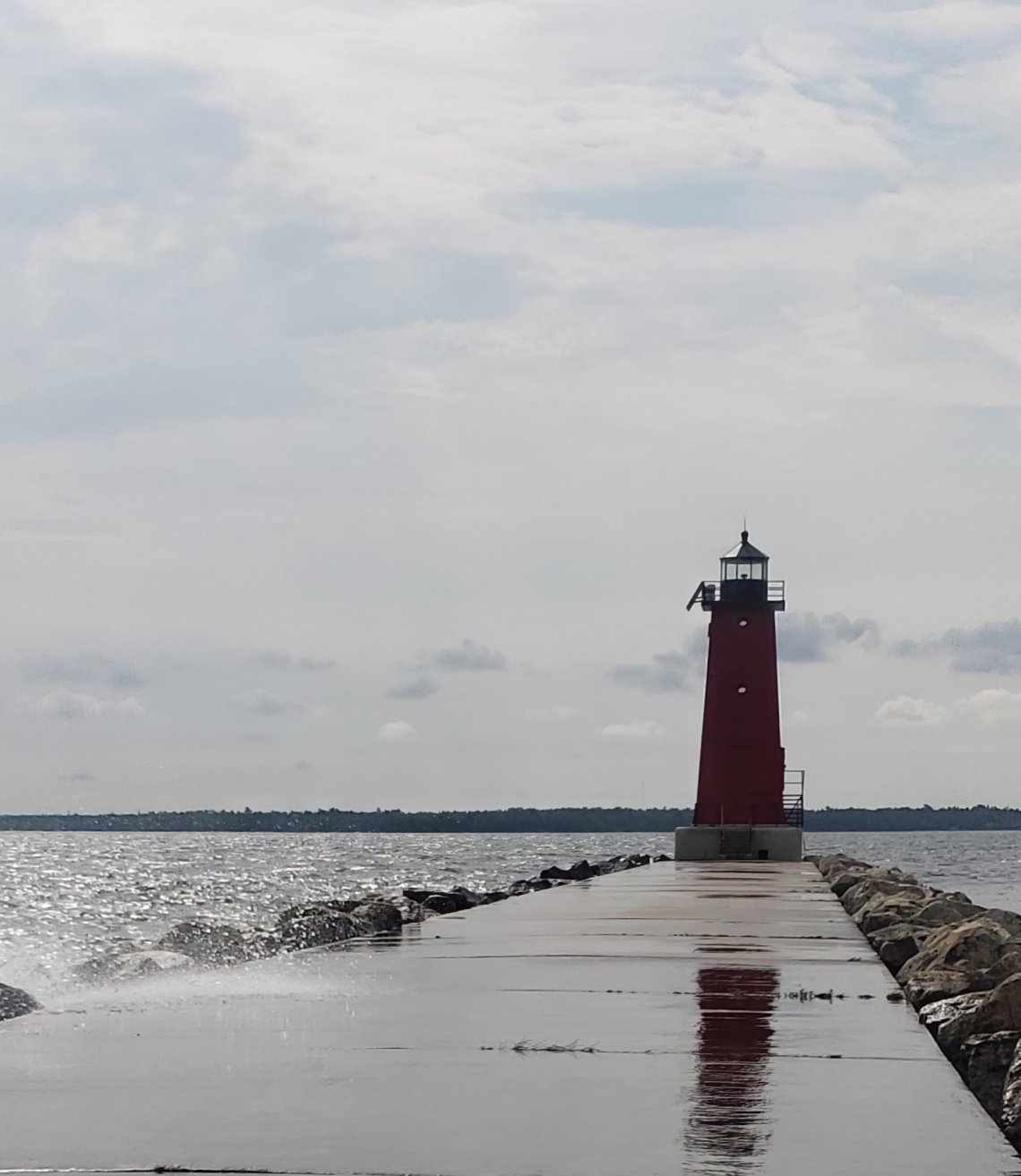 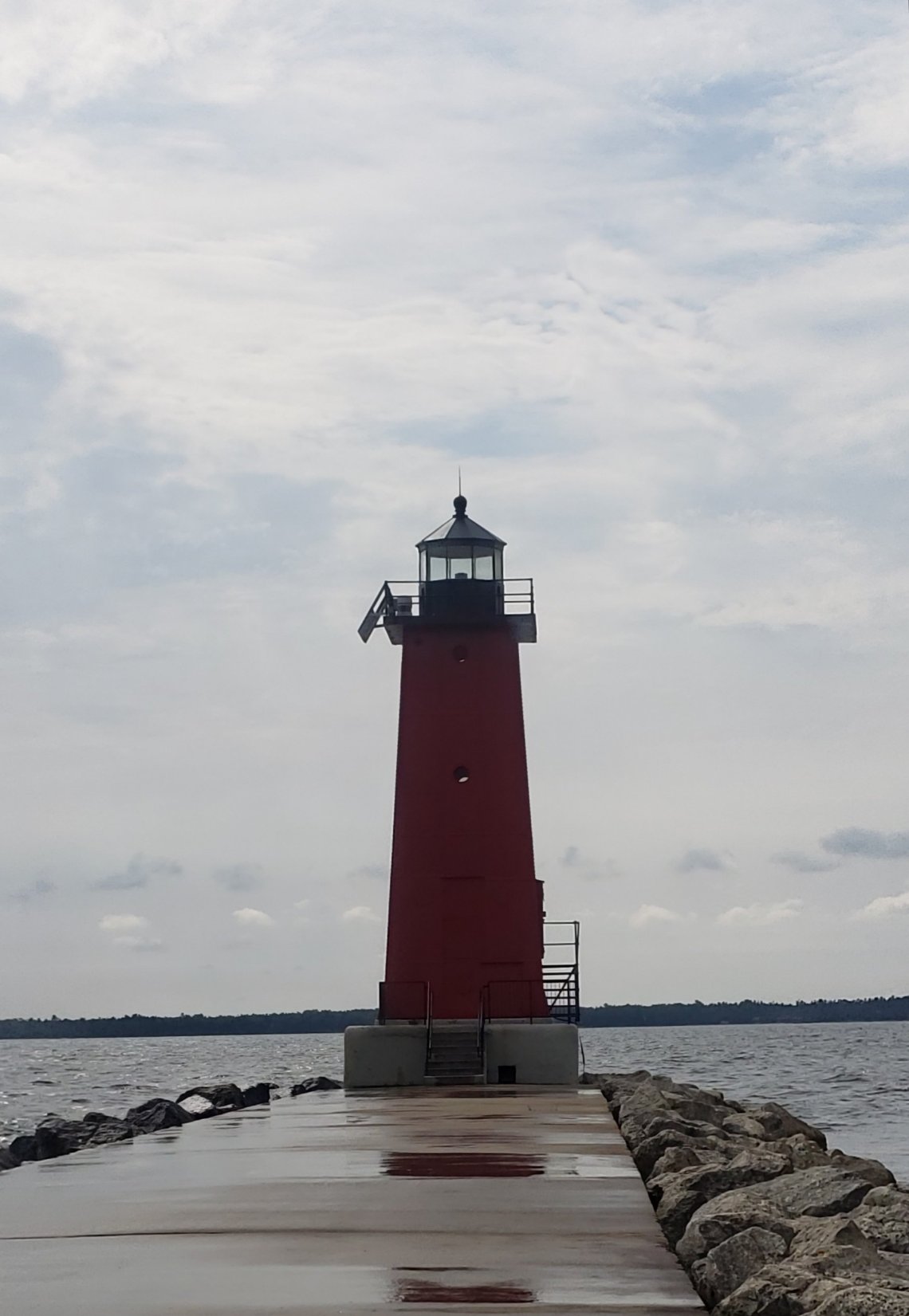 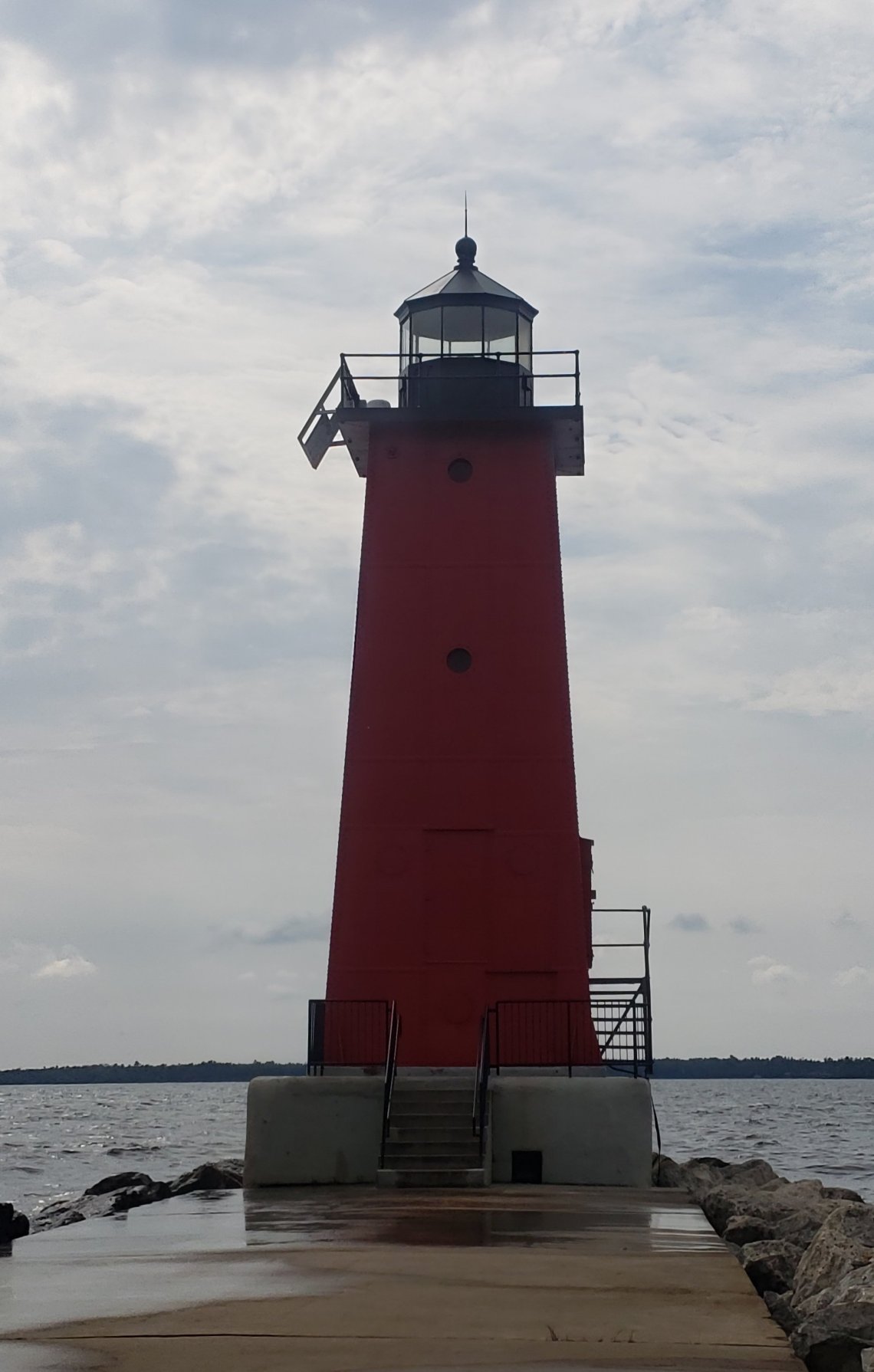 By the time I walked out to the lighthouse the waves crashing into the rocks were a bit harder.

I got soaked by two really big ones and I was on the opposite side of the pier!

The sun decided to come out!

Manistique also claims to be the home of the one and only Paul Bunyan! 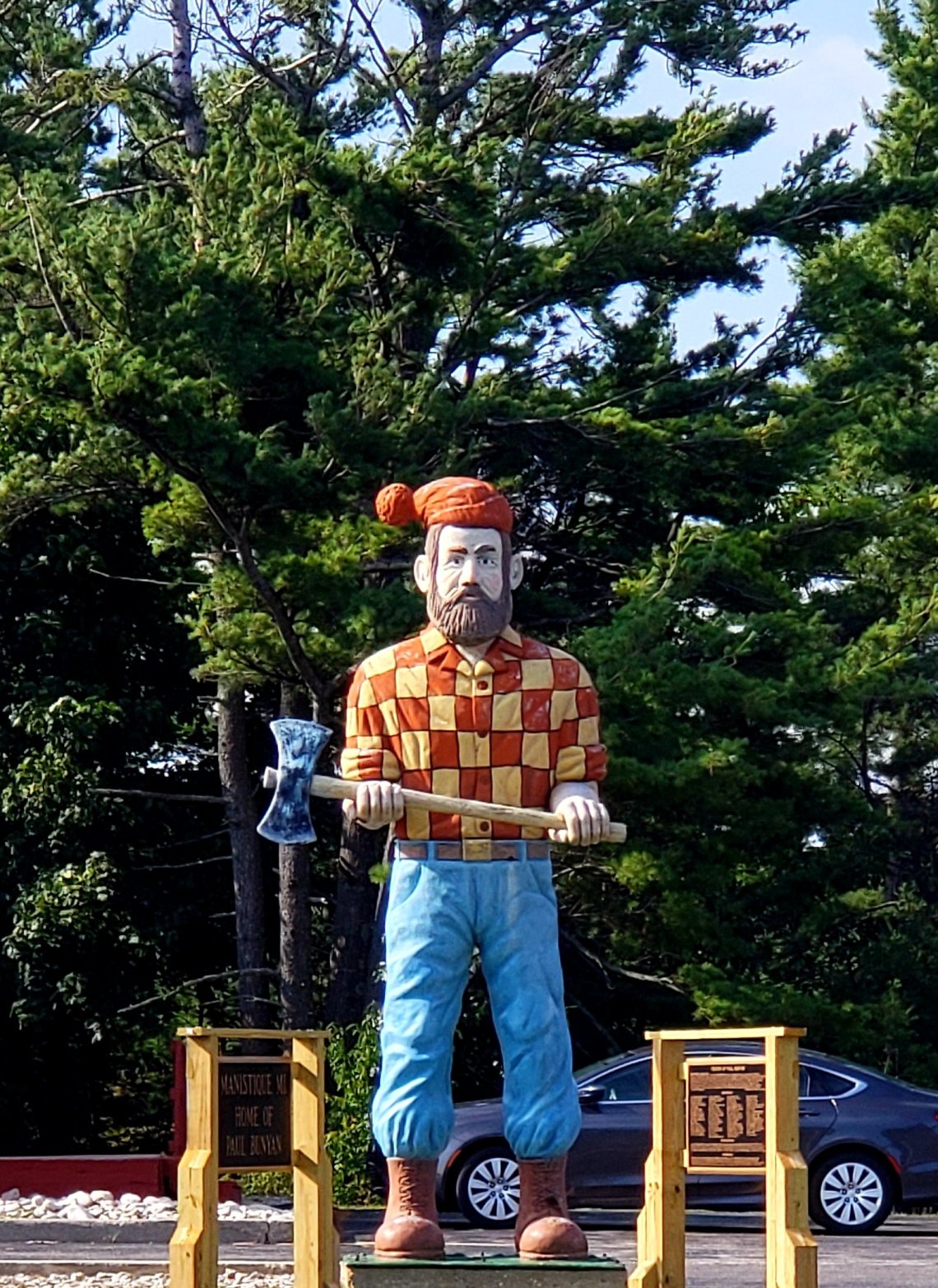 And if you were wondering….I did finish my laundry!