I am off to explore the Keweenaw Peninsula today. Small harbor towns, lighthouses, waterfalls and ice cream.

Started out in Copper Harbor. At the tip of the peninsula it was settled in 1844 as a port for copper mining. Population 108.

When is the last time you saw one of these?

I drove up the Brockway Mountain road. The scenery overlooking Copper Harbor, the endless woodlands and Lake Superior were just incredible.

Silver River Falls was a cascading mini rapids coming off the river under the road above. There were mini falls at several stops down the trail and if you were careful you could walk the rocks in the creek to the middle.

Eagle Harbor was another small harbor town settled by copper mining in 1844. Population 281 and not a gas station or grocery in sight.

As I am driving around the harbor to the lighthouse I saw this! O H I O

The Eagle Harbor Lighthouse was built in 1871. It is now part of the historical society and houses a museum. 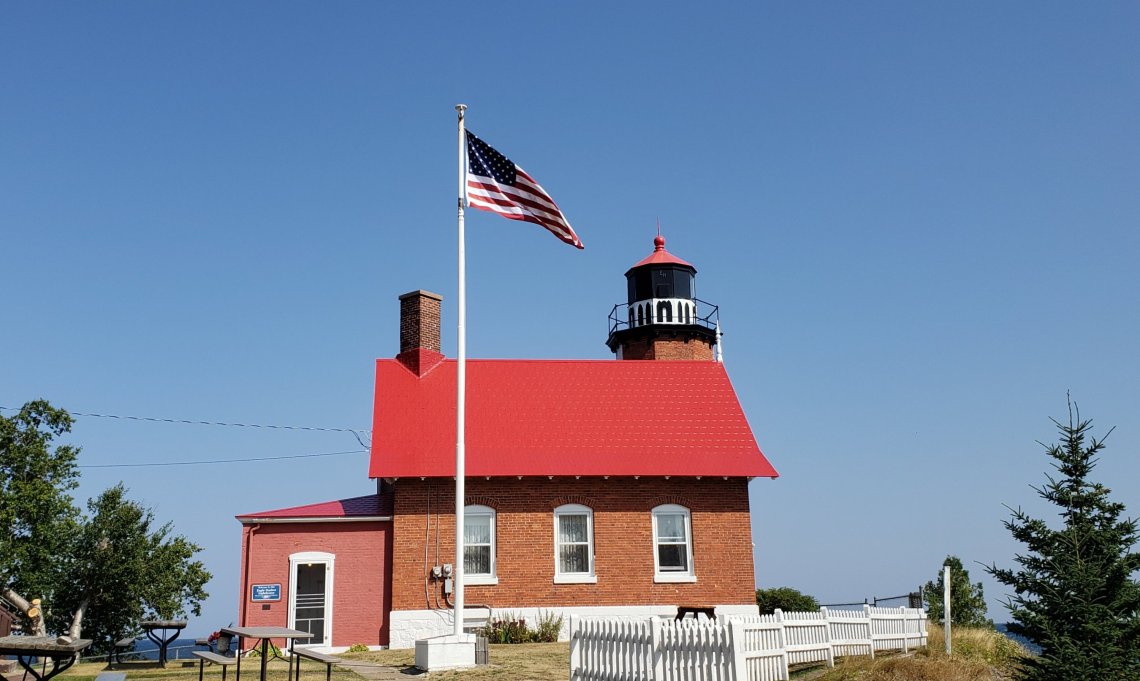 This old one room school house from 1853 is now a historical site in Eagle Harbor. 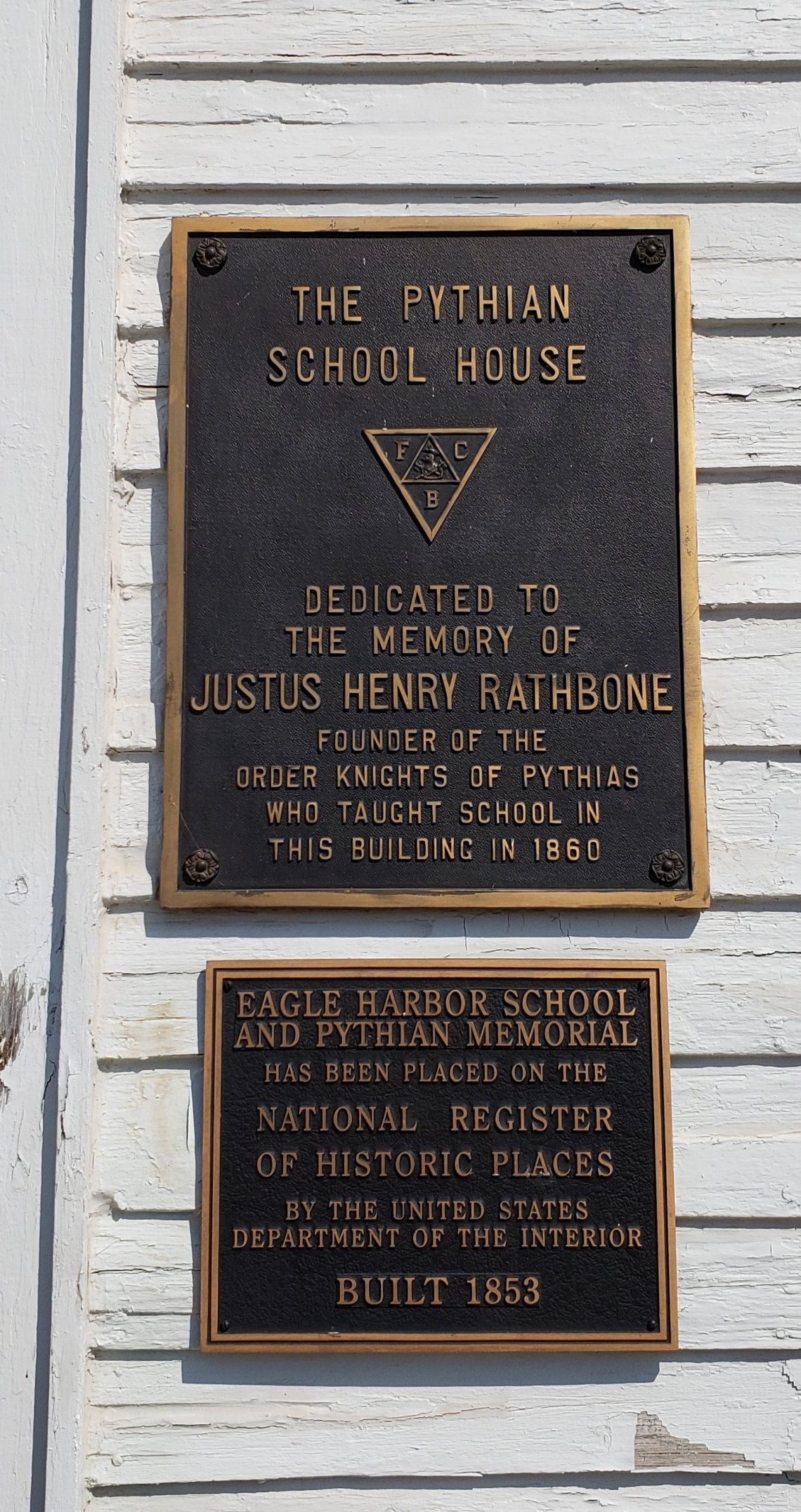 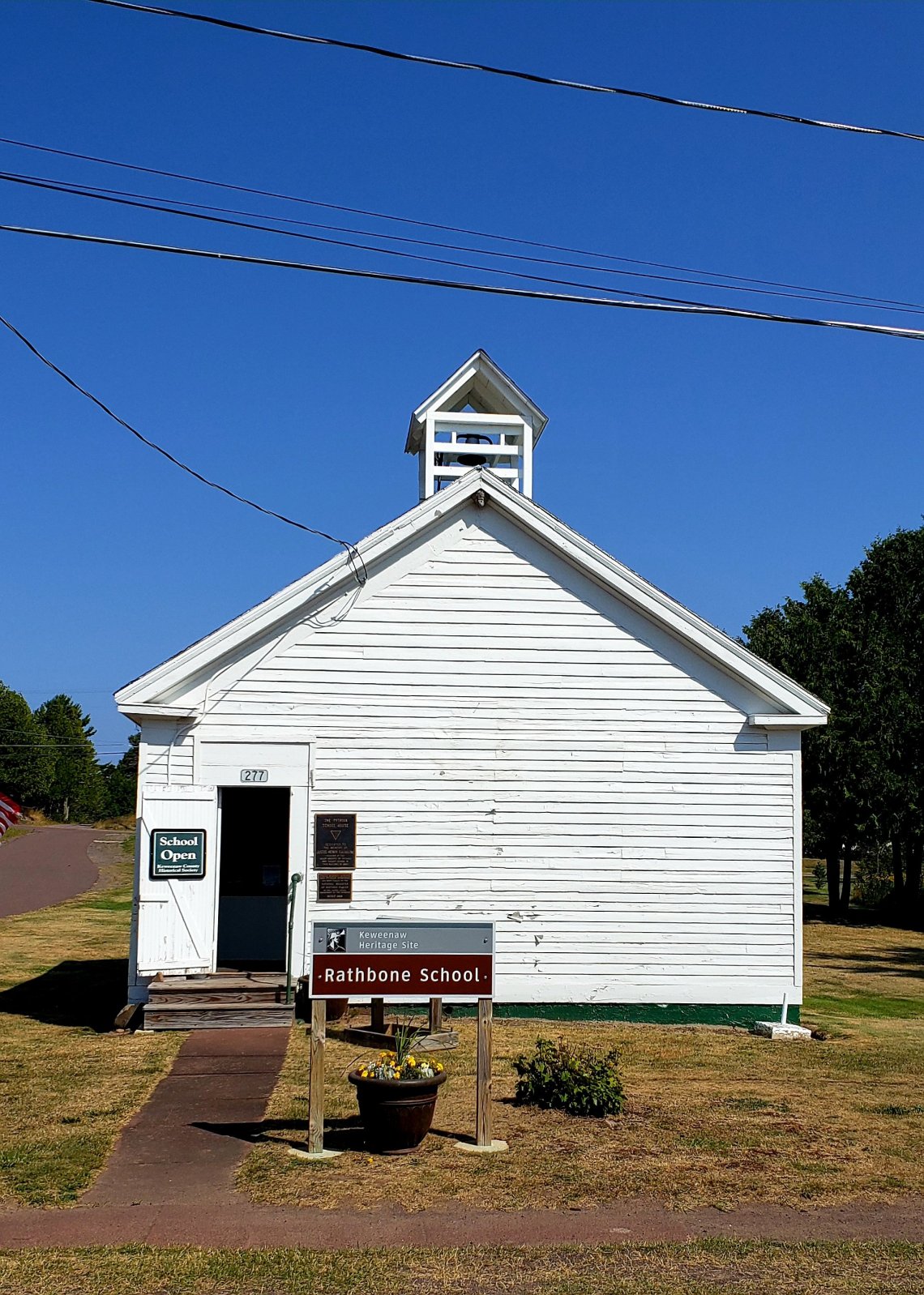 Jacobs Falls was on the roadside heading toward Eagle River. The total drop is 40 feet, but the part at the roadside is only 20 feet.

It reached 77 degrees here today and I think that calls for ice cream. There was a general store very close to the bridge crossing over to the next lighthouse in Eagle River. I went in and talked a few minutes with the older gentleman relaxing in his chair by the window. I got the Amaretto Cherry Mackinaw Fudge ice cream in a waffle cone. OMG !

Throughout my trip I have seen signs for pasties. So I asked the gentleman at the store what one was and he explained the girls in Vegas wear them. I pronounced it paste-ee and he pronounced it pass-tee. It is a meat pie basically. What is it for those, like me who didn’t know, here is the recipe. 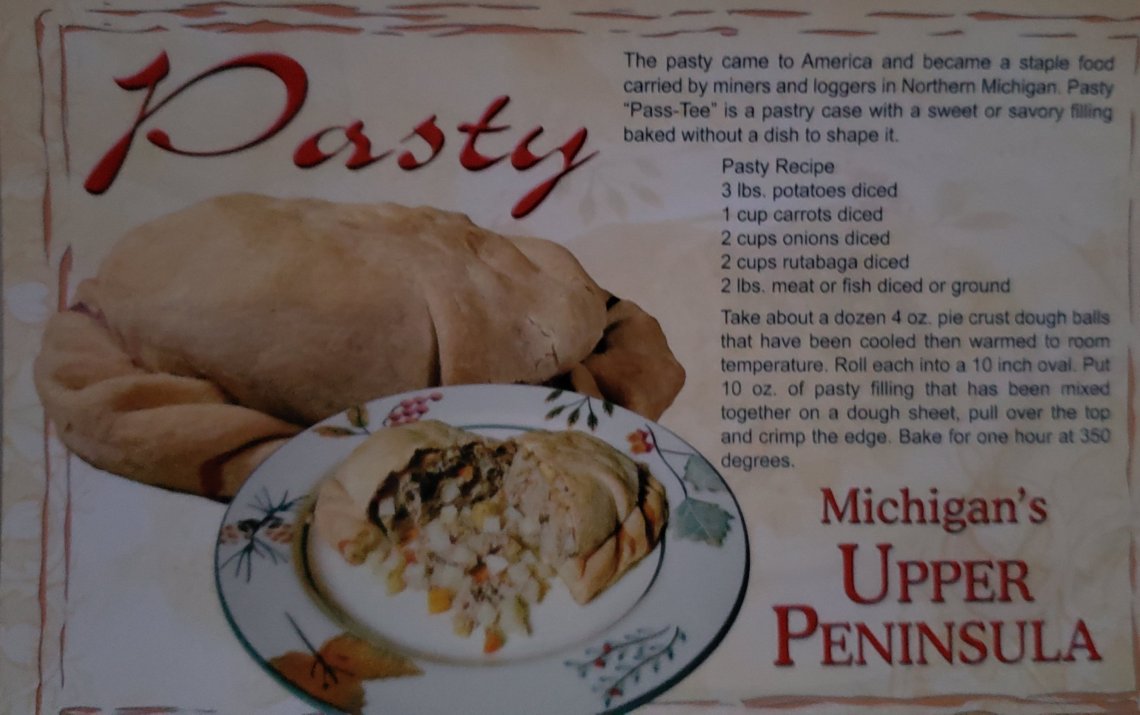 The Eagle River Lighthouse was built in 1854. It is not in service anymore and is now a private residence.

The next lighthouse is very amazing and incredibly spooky. First of all it was built in 1917 and it is huge. No longer in service it is a Bed & Breakfast. I drive back there and there is absolutely no one else around. It didn’t look like it had been inhabited in awhile. I will let you decide on the Sand Hill Lighthouse. 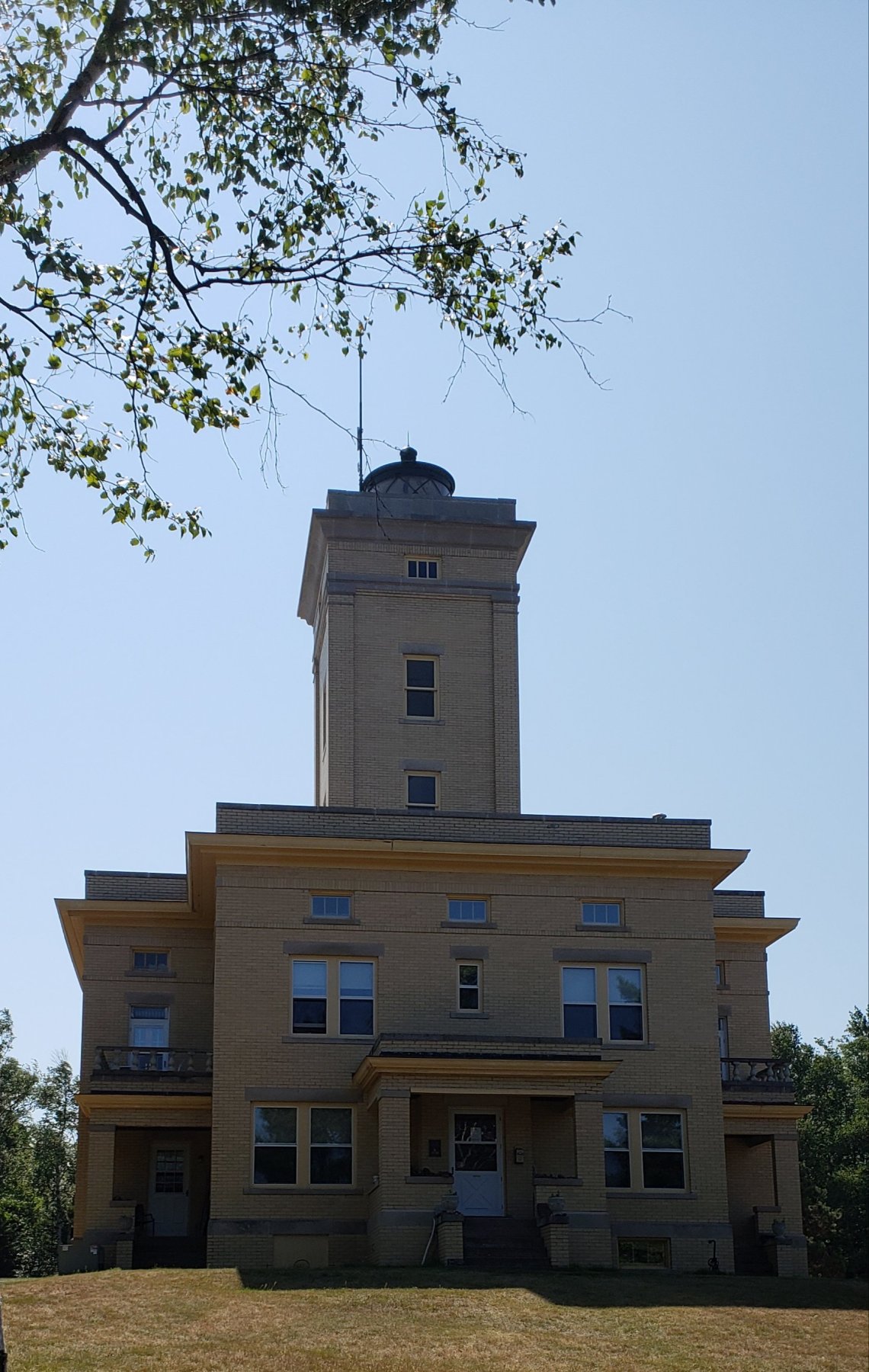 One last stop for a waterfall and lighthouse in Lac La Belle.

The Mendota Lighthouse was built in 1895, abandoned in 1960 and is now a private residence. 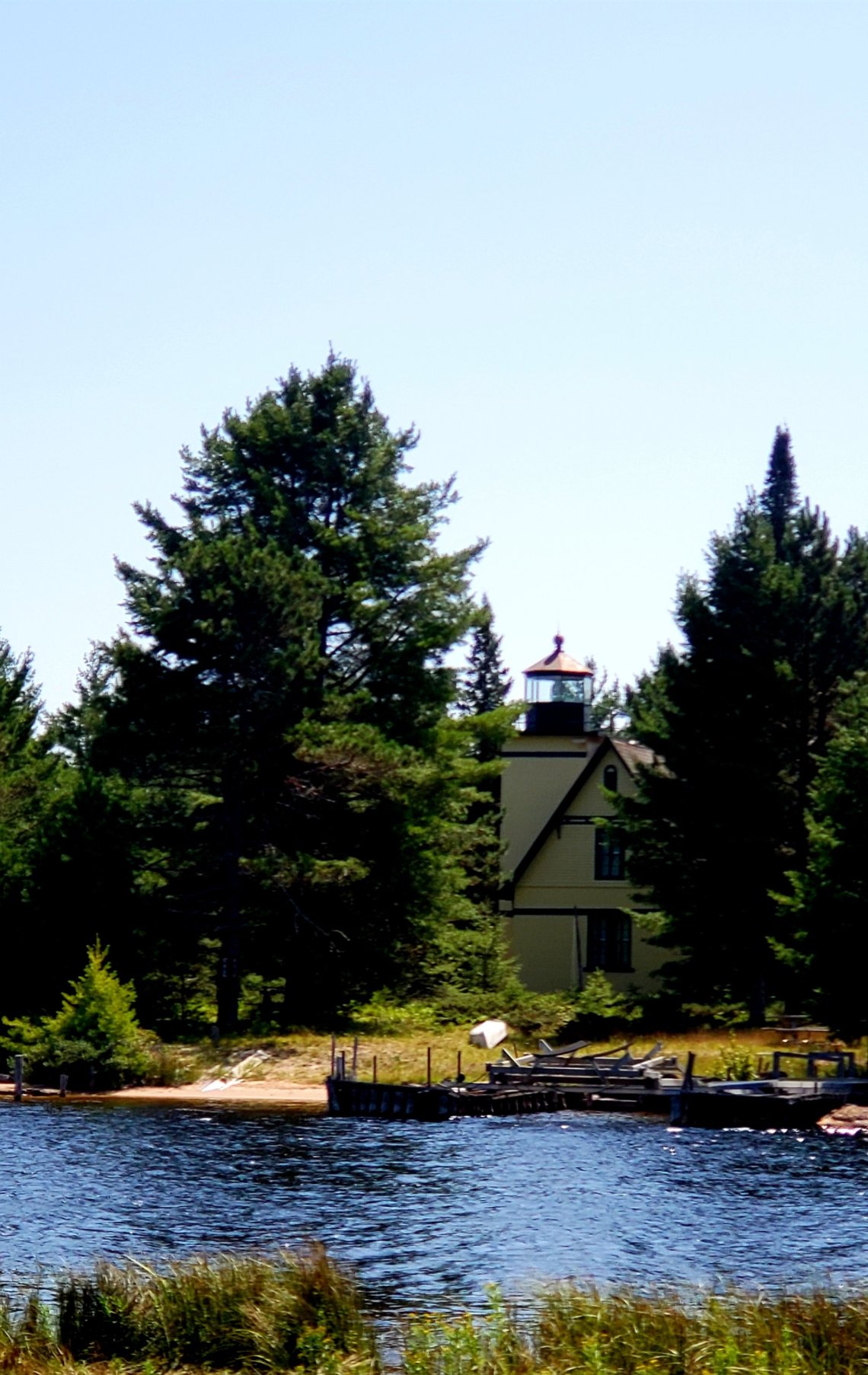 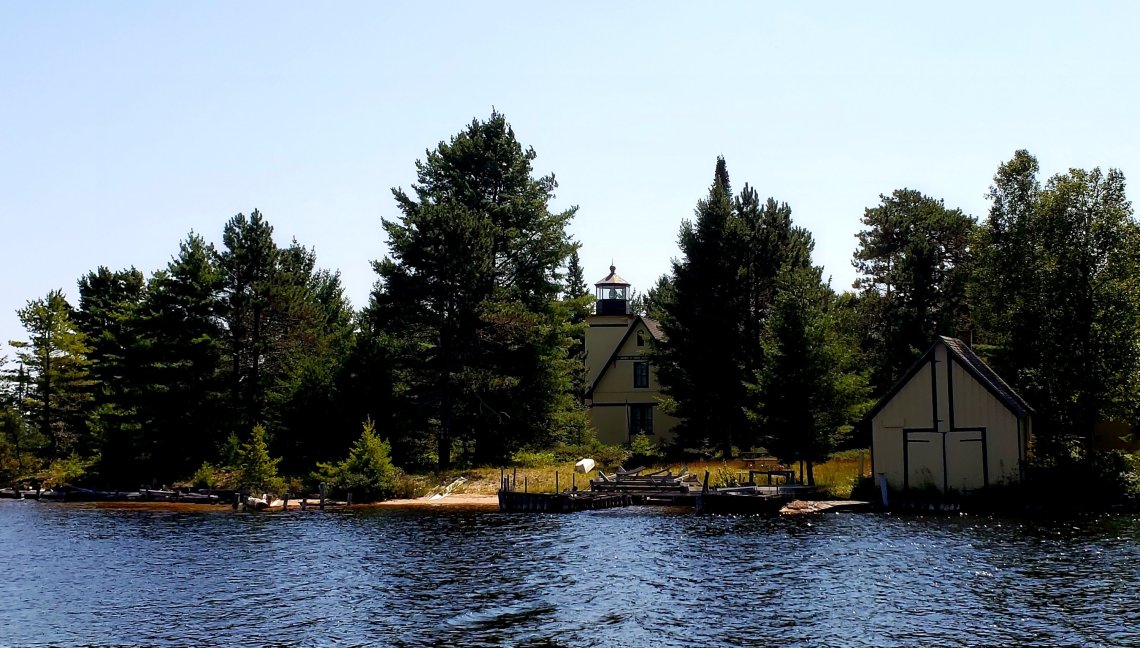 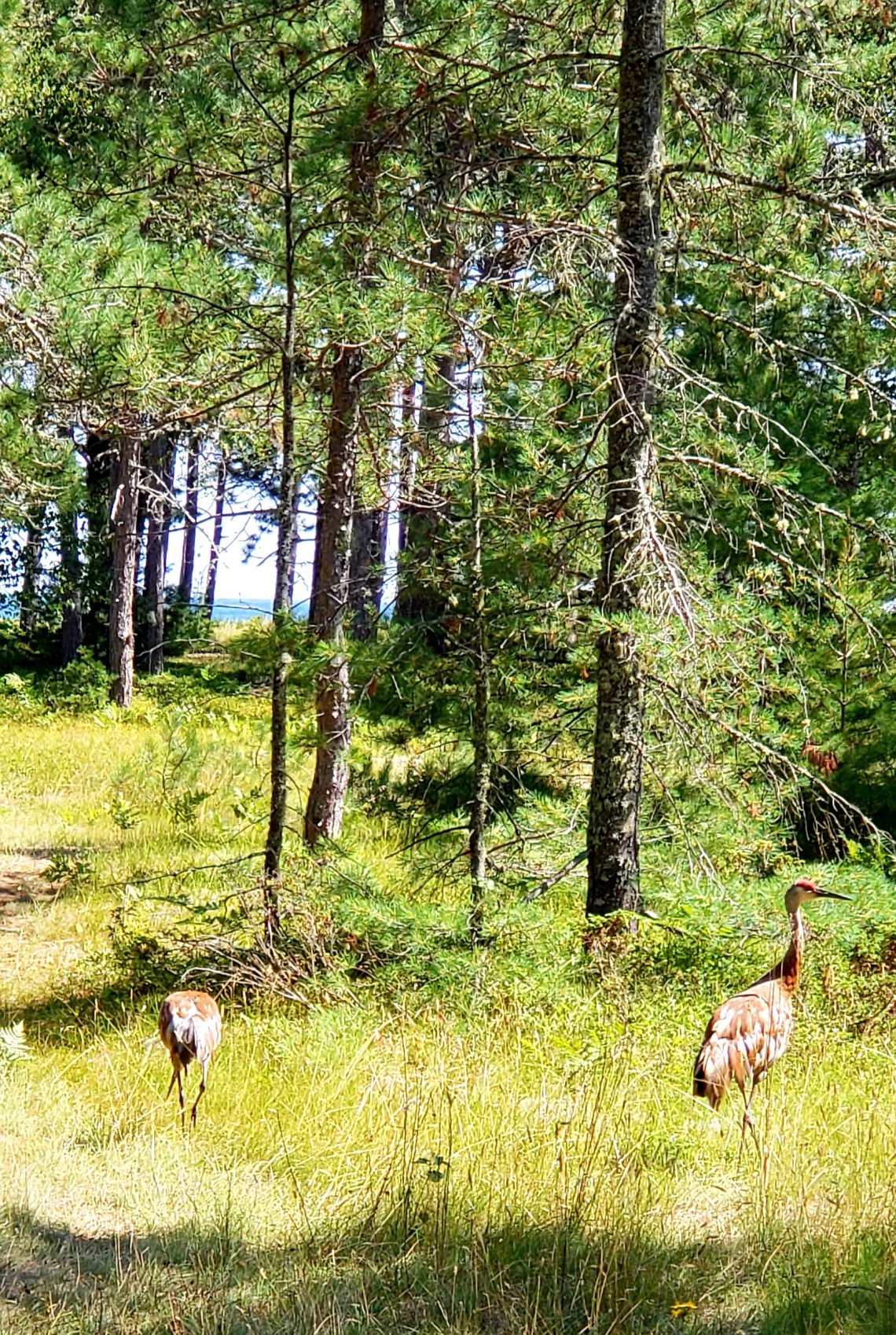 And the Haven Falls. Disappointing with a lack of rain. 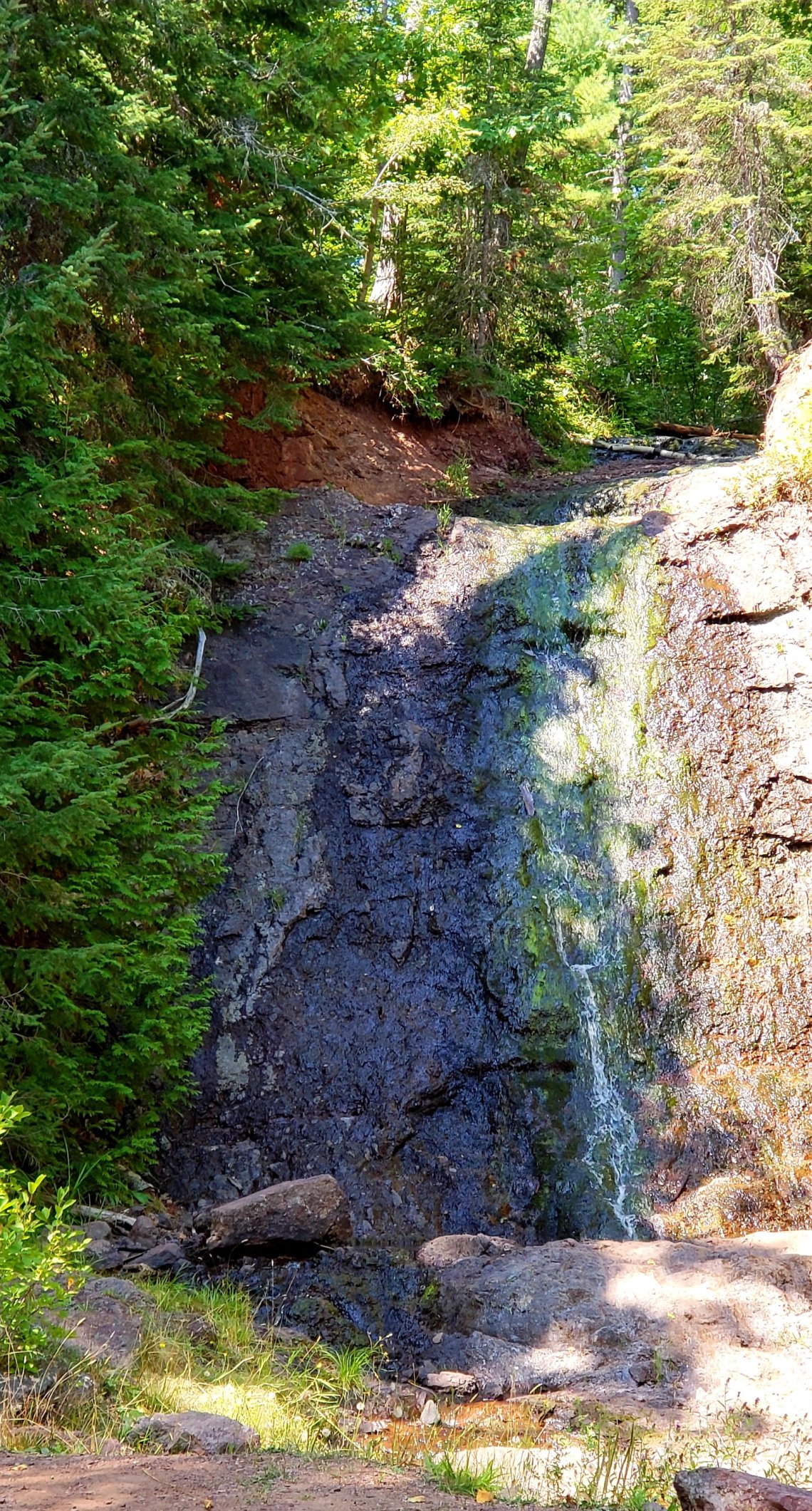 So that was my day. I am in need of a nap! But wait. I still haven’t been to the Fort and I am moving on tomorrow! So from our campsite was about 5 minutes to walk to Fort Wilkins. I loved this fort and they have done a tremendous job with the exhibits.

In this row was the Mess Hall, the Company’s Quarters and the Hospital.

These buildings were the Officers quarters

This row was another officers quarters, a company’s quarters and another mess hall.

In the center of the grounds is our freedom flag and the lake behind it.

The Gaurdhouse and the Powder Magazine

The Sutlers Building or general store.

And the Quarter Masters building

It was a nice way to spend the evening and a great way to learn history. Just thinking about the men and women and what their lives were like back then.

And lastly, the Post Cemetery. One cross and it says three soldiers are buried there.

Thank you to all who have served and currently serve. Also, thanks to the family’s of those who also sacrifice long periods if time without their loved one.