I spent the night in Winslow and boy was it cold this morning.  But we girls are tough!  I sipped on my coffee and visited the rest of Winslow.   The La Posada Hotel was a beautiful former Harvey House built in 1928.  The entrance stonework looked like rays of sun.  I also visited the Falcon Restaurant, the Brown Mug Coffee shop, Earls 66 Motel, some murals and an old gas station.  At the park leading out of town were two steel beams from the World Trade Center along with a memorial to the victims of 9/11. 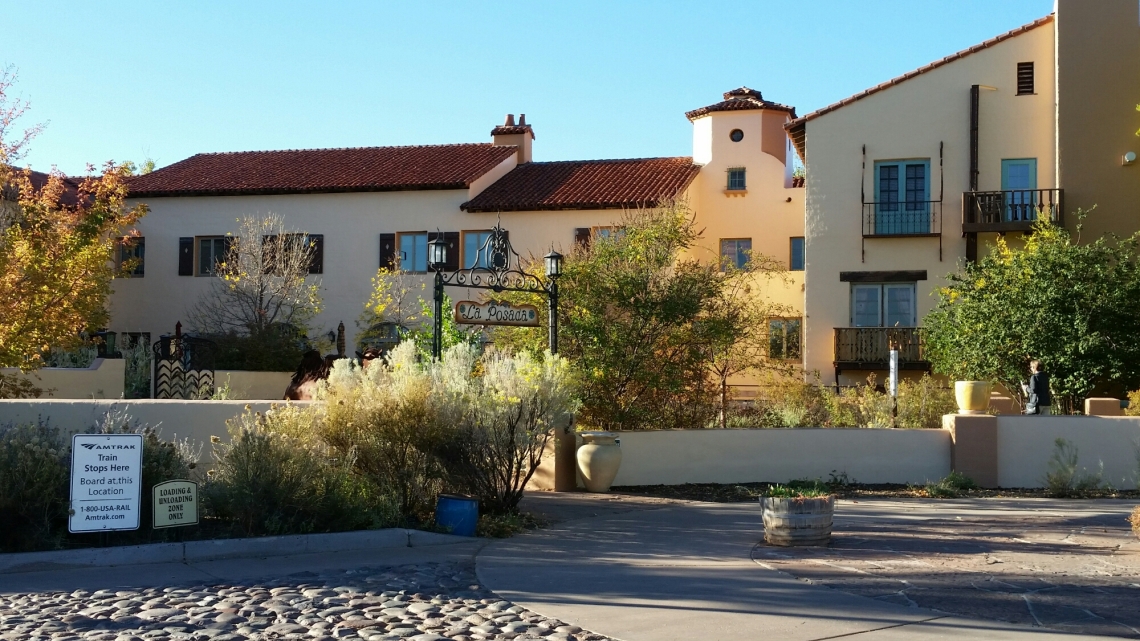 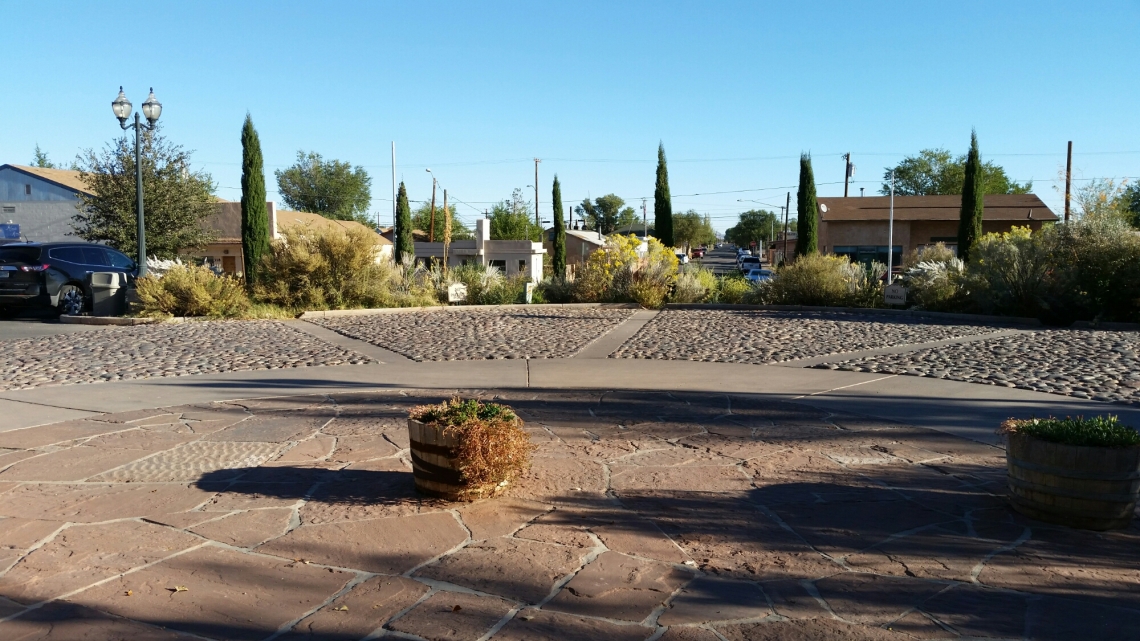 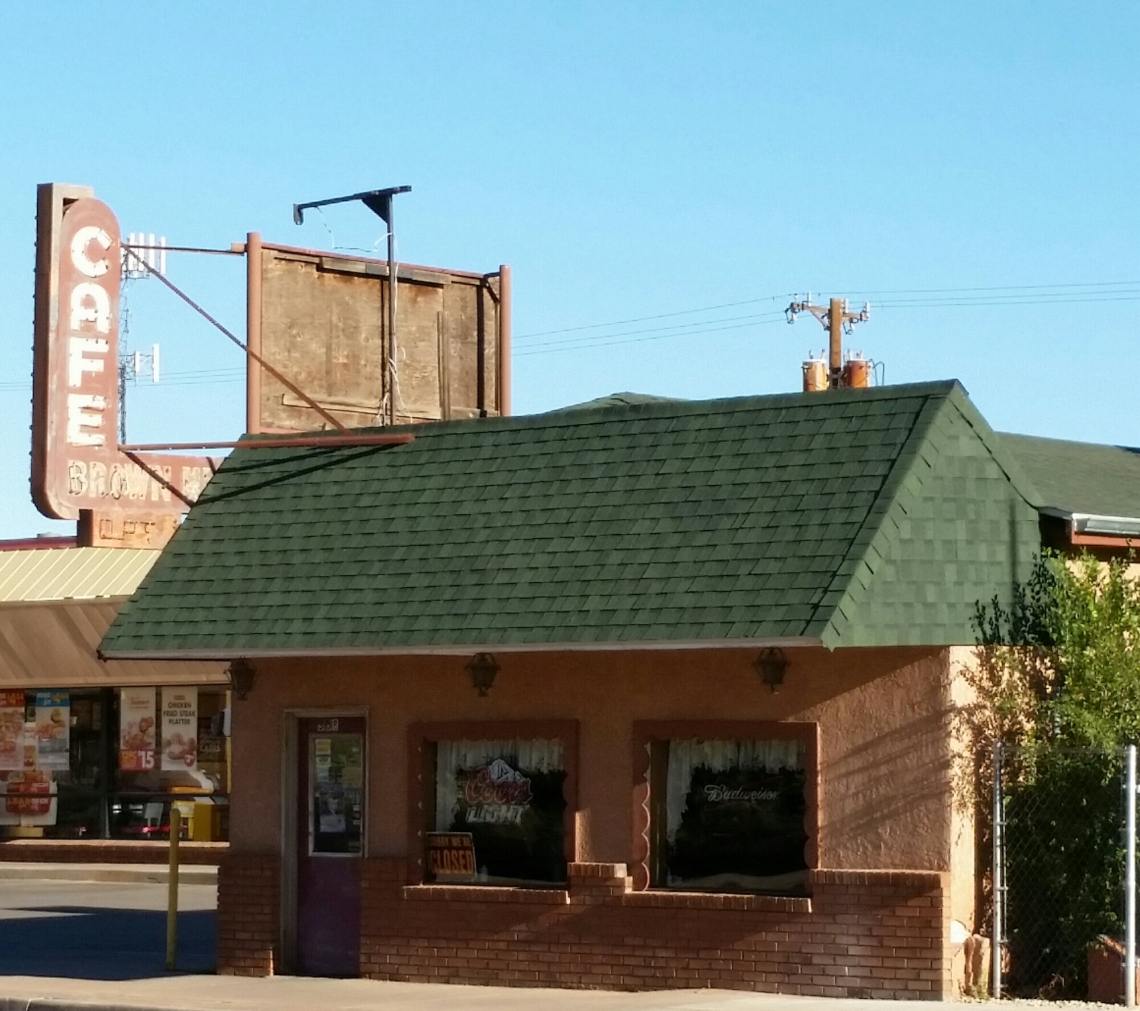 Meteor City …. check!  I drove off Route 66, which in Arizona is mostly Interstate 40, to the place where the meteor travelling 26,000 miles per hour, collided with earth 50,000 years ago. The crater is almost a mile across and 2.4 miles in circumference.   It is more than 550 feet deep.  It was definitely a sight to see.  Some of these pictures I took through the telescopes!  They also had an Astronaut Wall of Fame which was very nice. 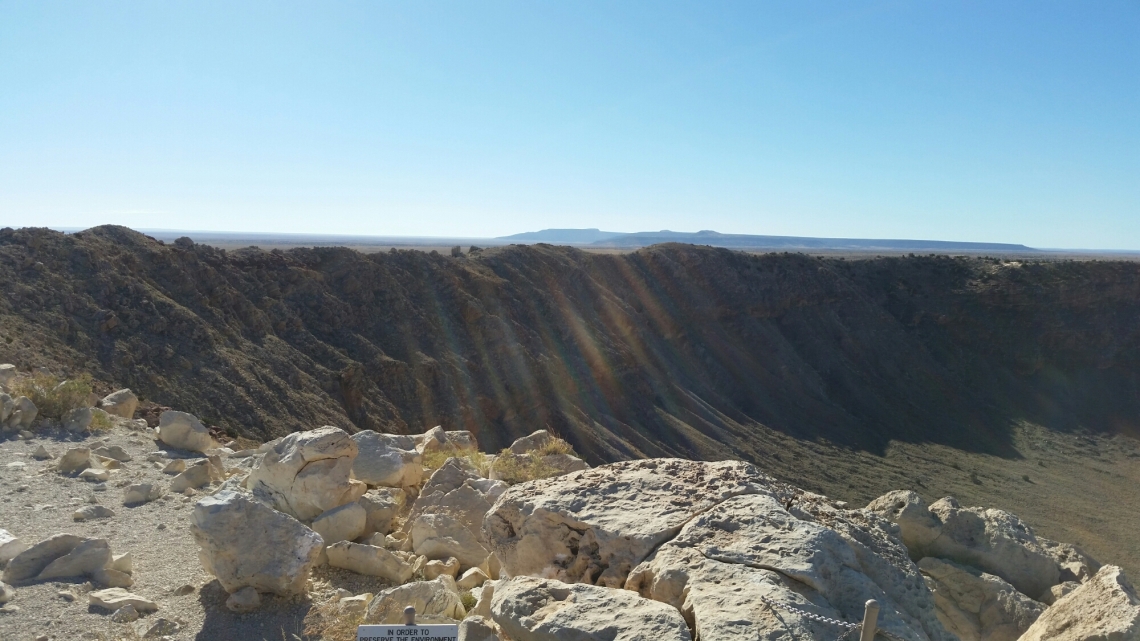 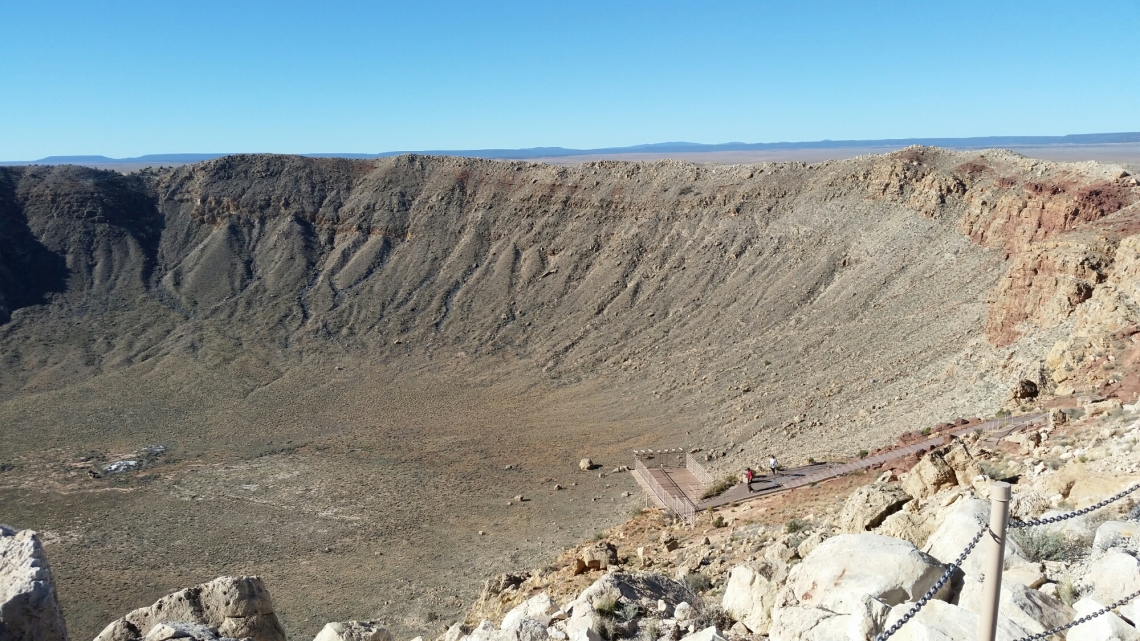 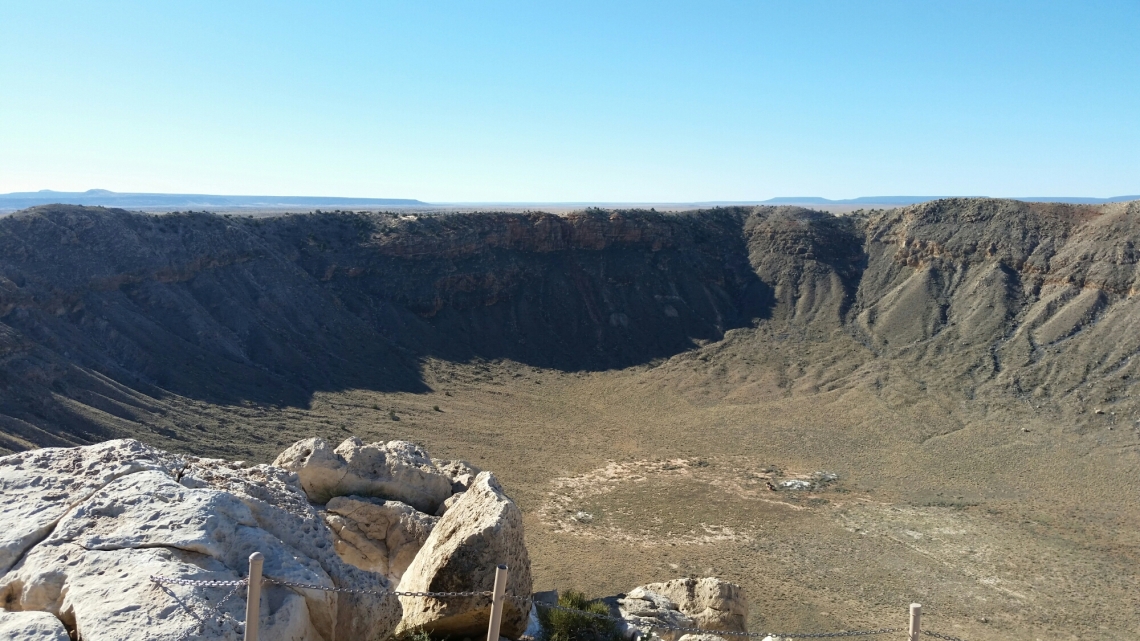 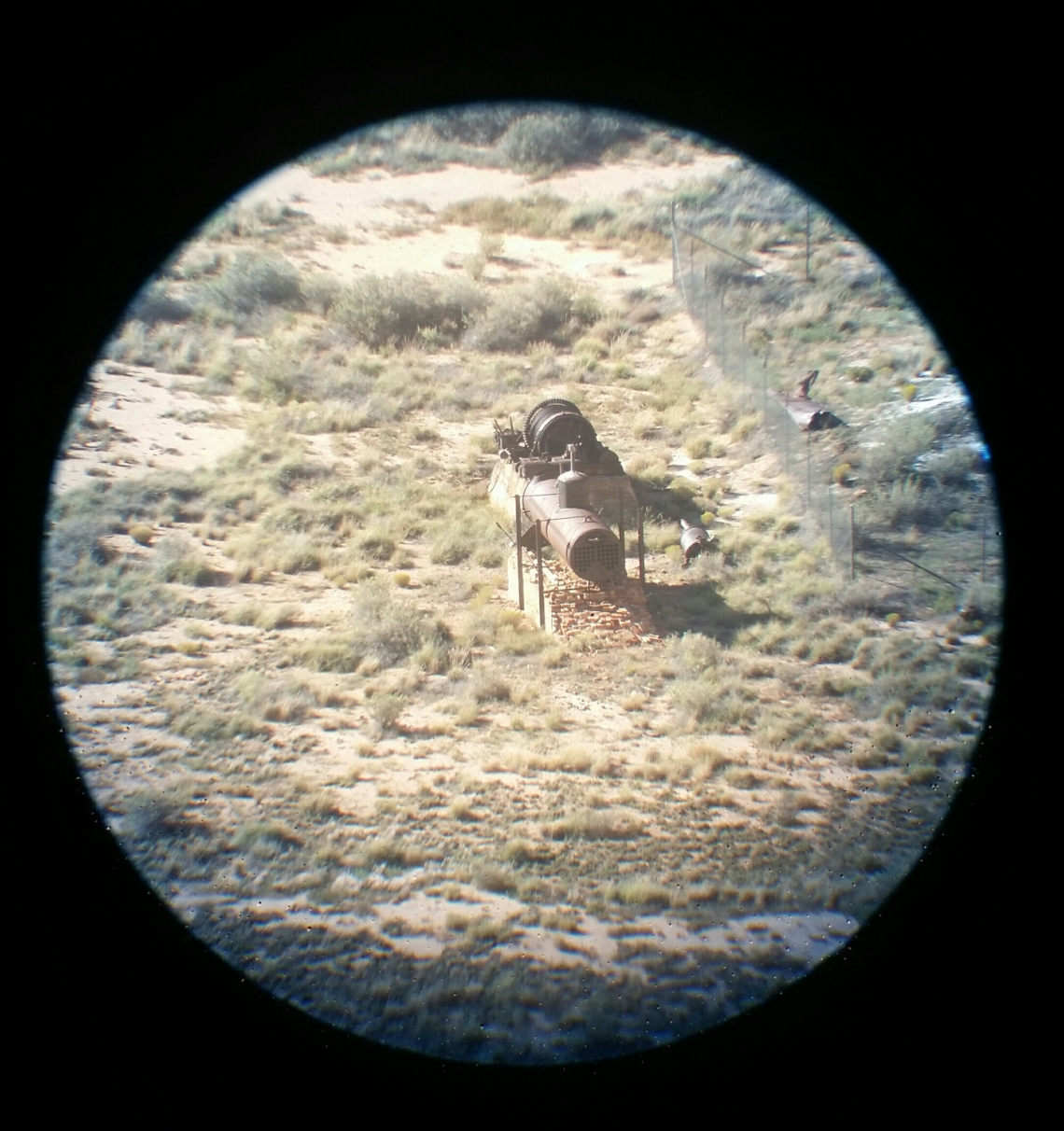 Henry E Miller, who called himself “Two Gun Miller” was an eccentric hermit who lived in a cave near the Canyon Diablo. He was hostile to visitors and known to be wild and violent.  Miller was said to have owned the town and that was the reason they gave it the name Two Guns AZ.  Two Guns was a popular tourist stop along Route 66 with a gas station, over night lodging, a cafe and a souvenir shop.  Later a zoo was added to include mountain lions, panthers and bobcats. Remnants of this was visible today as the wire cages they once occupied were still there.  Camera in hand and Frannie on her leash we set off on foot to explore. All the while I was trying to picture what this must have looked like back then and what buildings were what.  I found a couple of old photos of this ghost town to compare to mine. 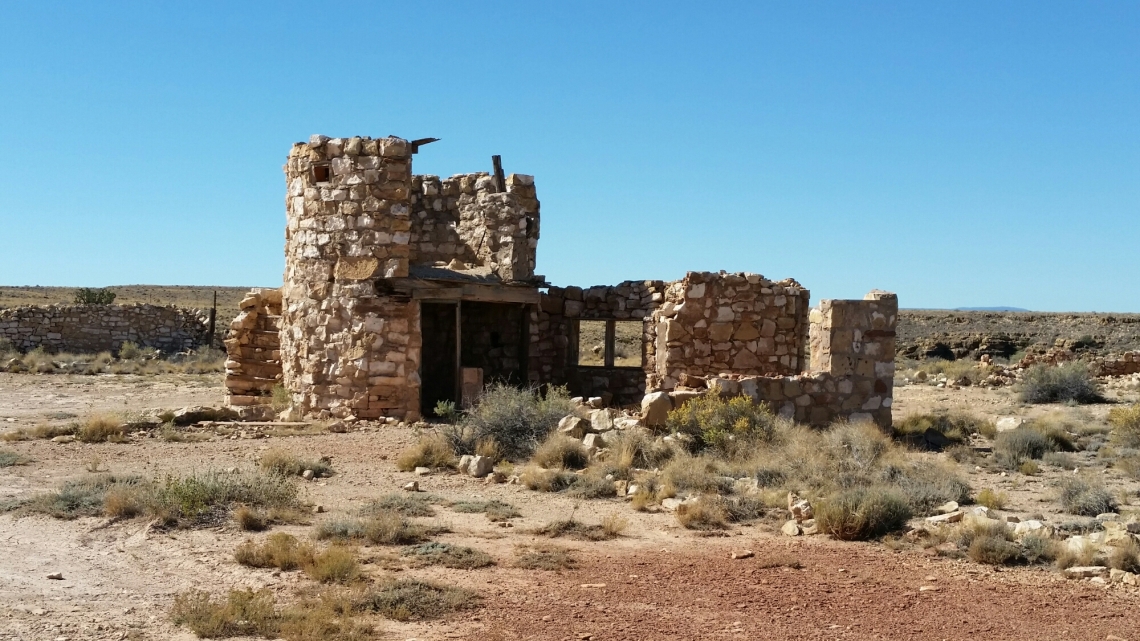 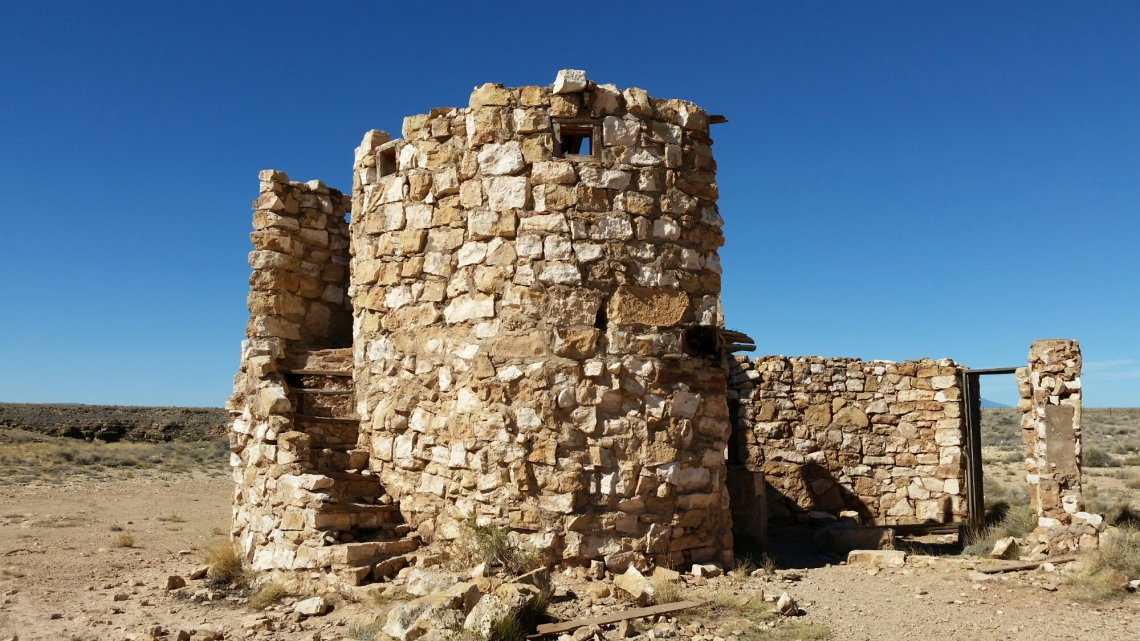 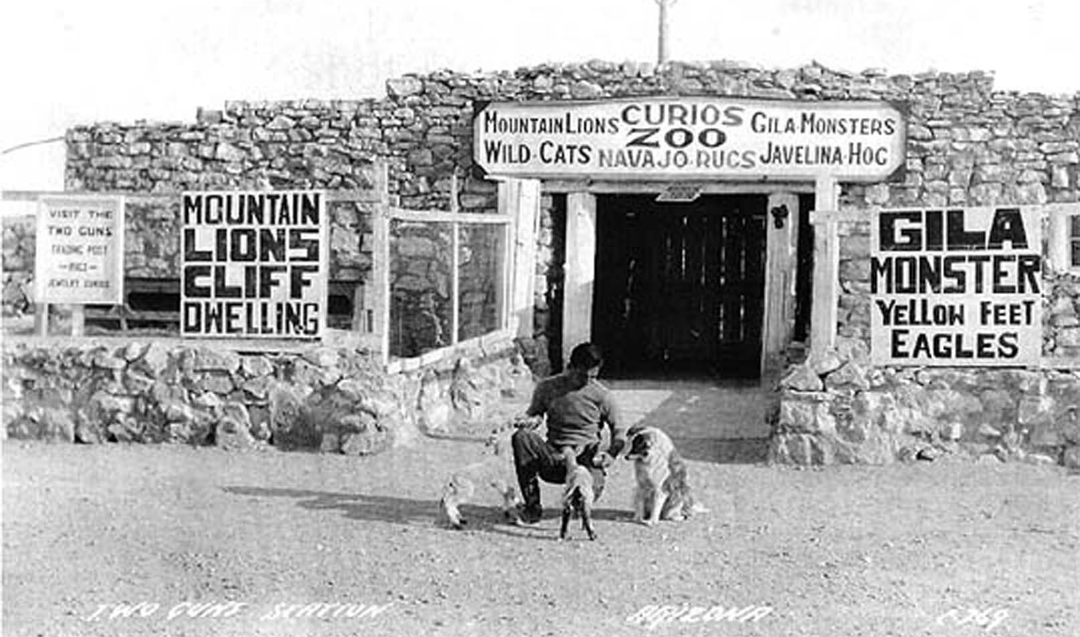 So this must be the lodge that sits on the canyon….according to the article it sat behind the gas station.

This most definitely was the facilities. 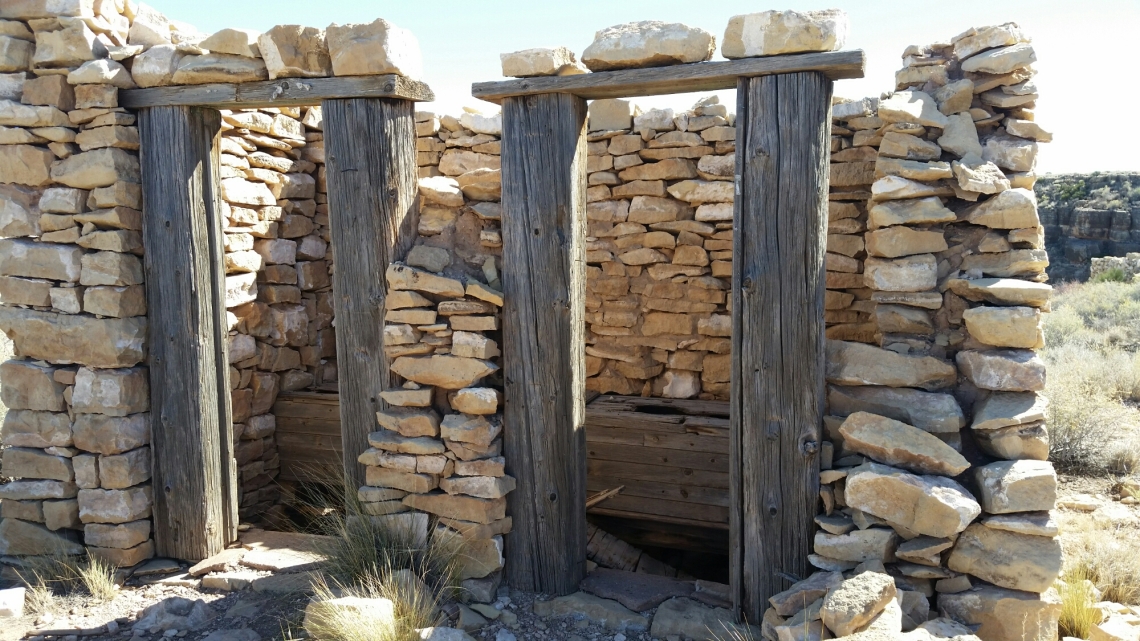 The rest are just random pictures of Two Guns. 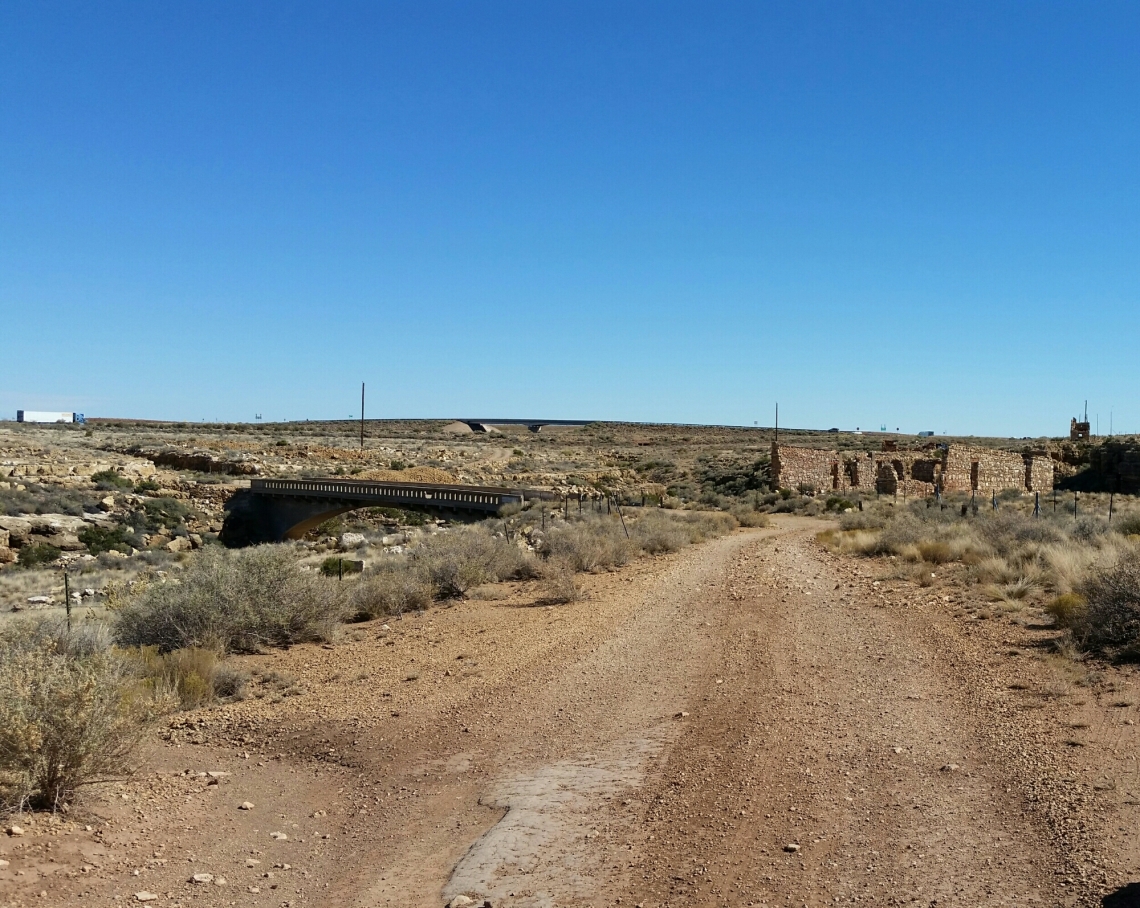 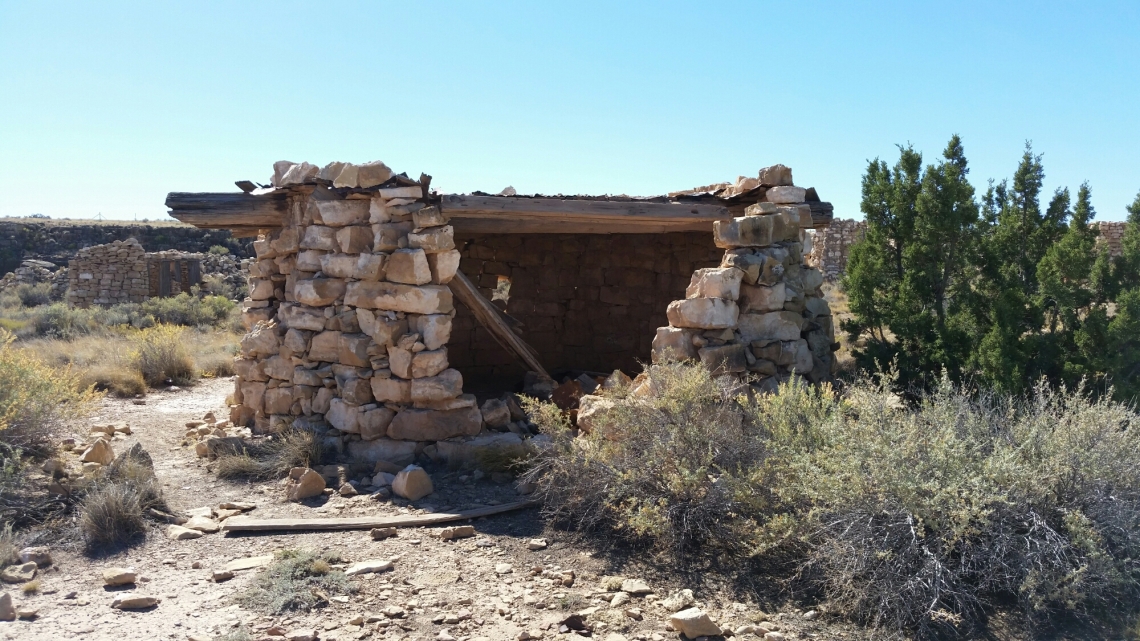 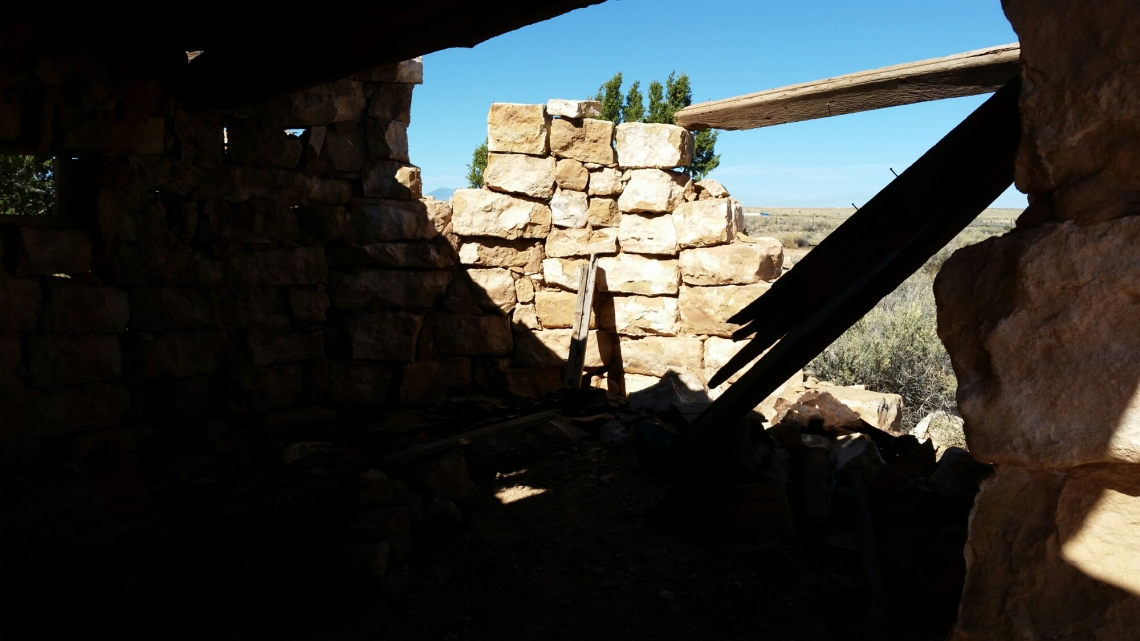 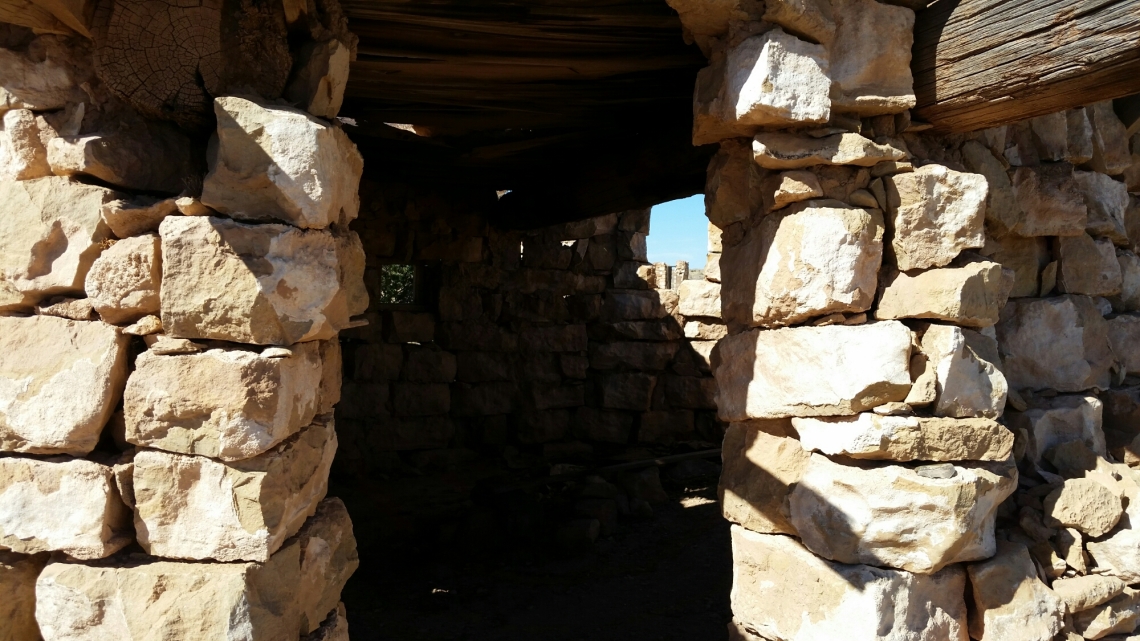 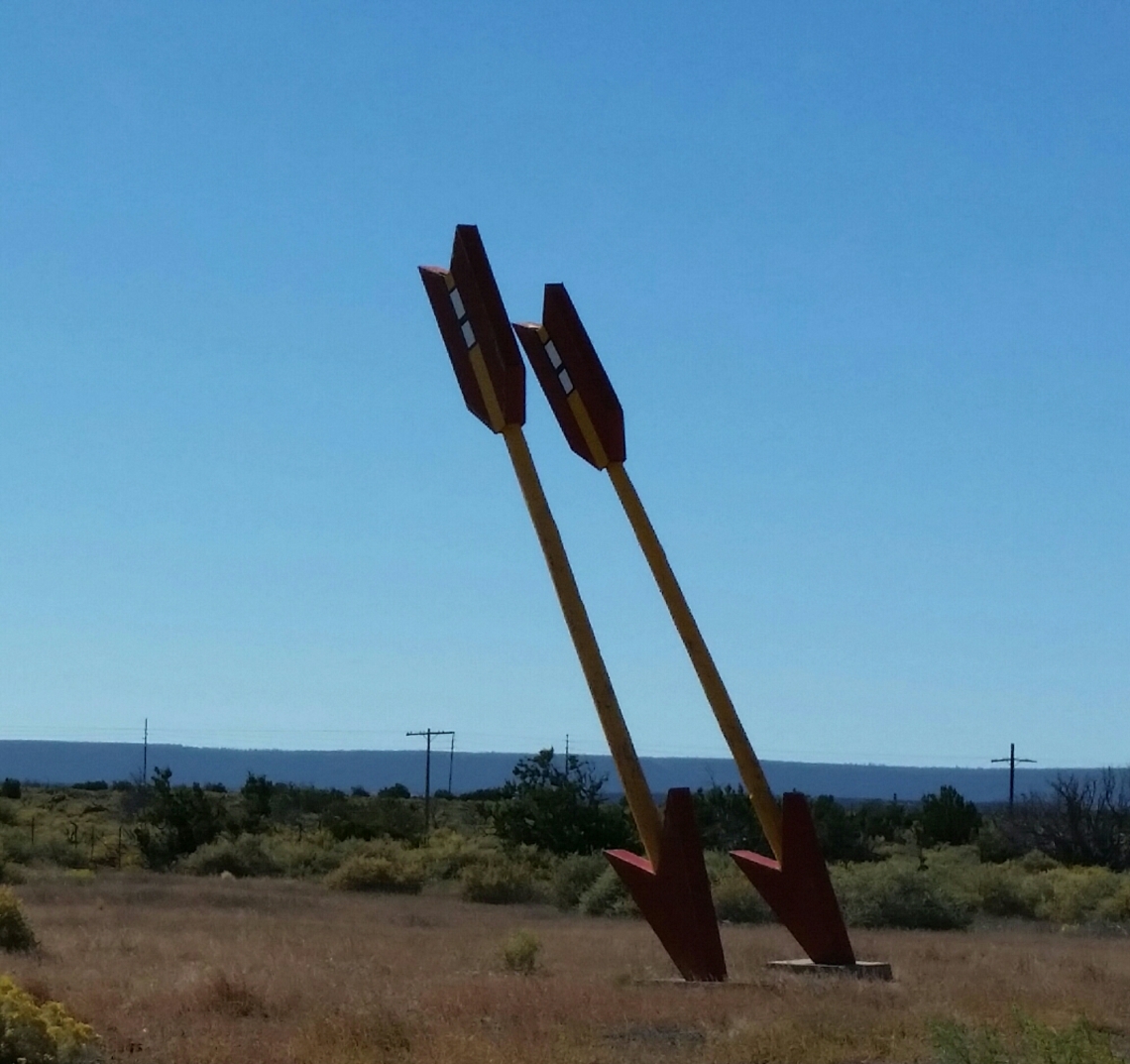 The San Francisco Peaks rise above the city of Flagstaff AZ.  A lot of motels and hotels and what seems to be who can get their signs highest in the air!  The Museum Club, which is the largest log cabin built in 1931.  I really thought it was a museum, it wasn’t,  it was a bar, I didnt stay.  Flagstaff gave an abundance of old Route 66 feel. 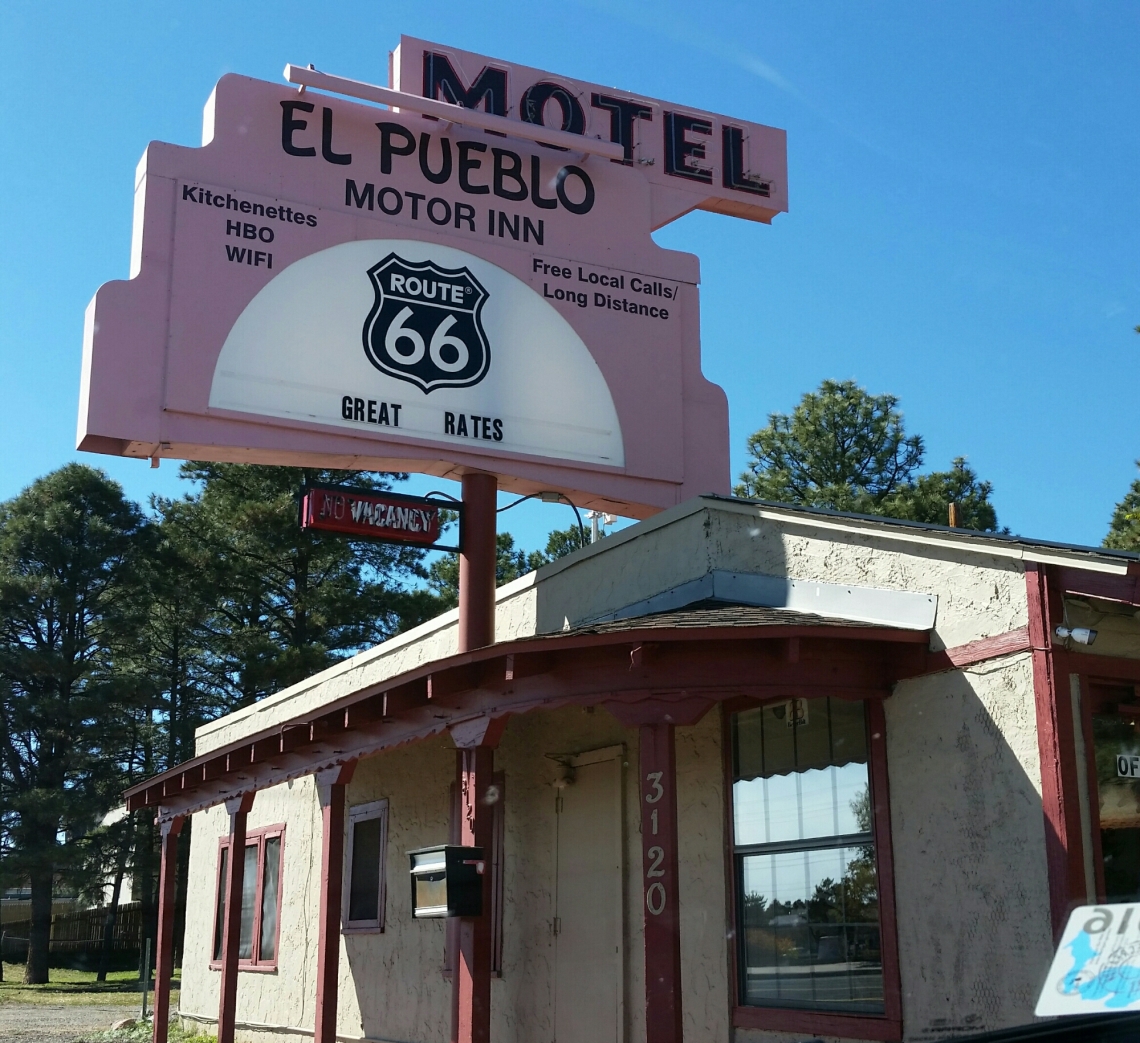 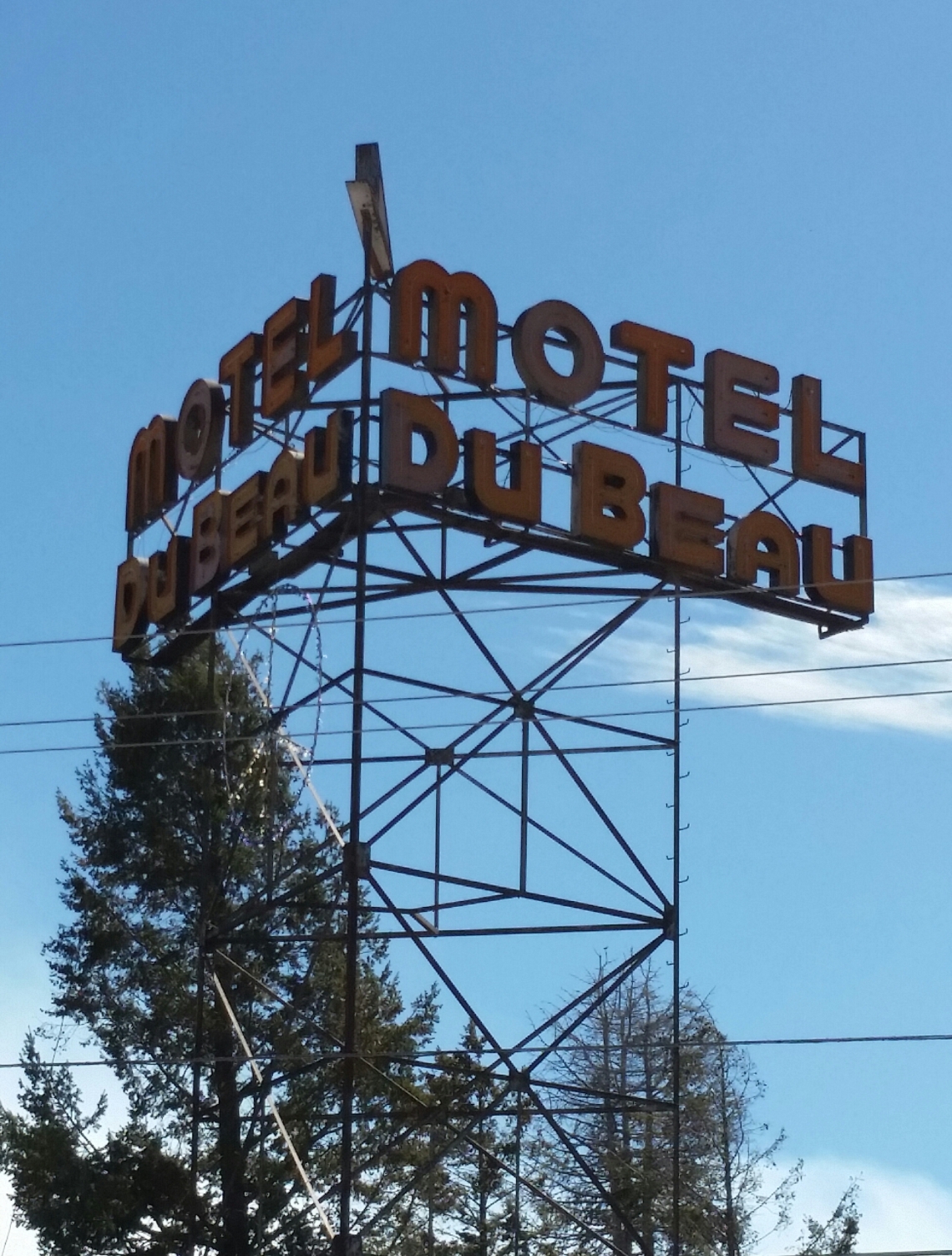 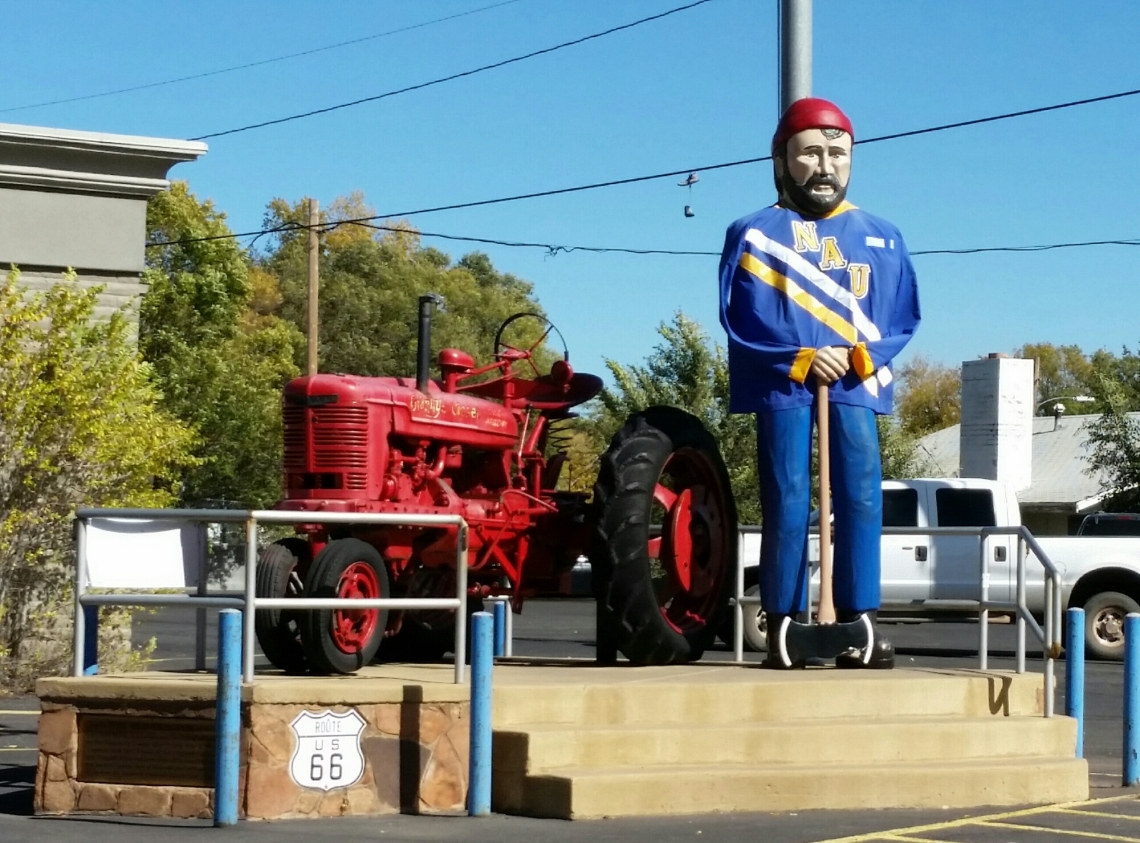 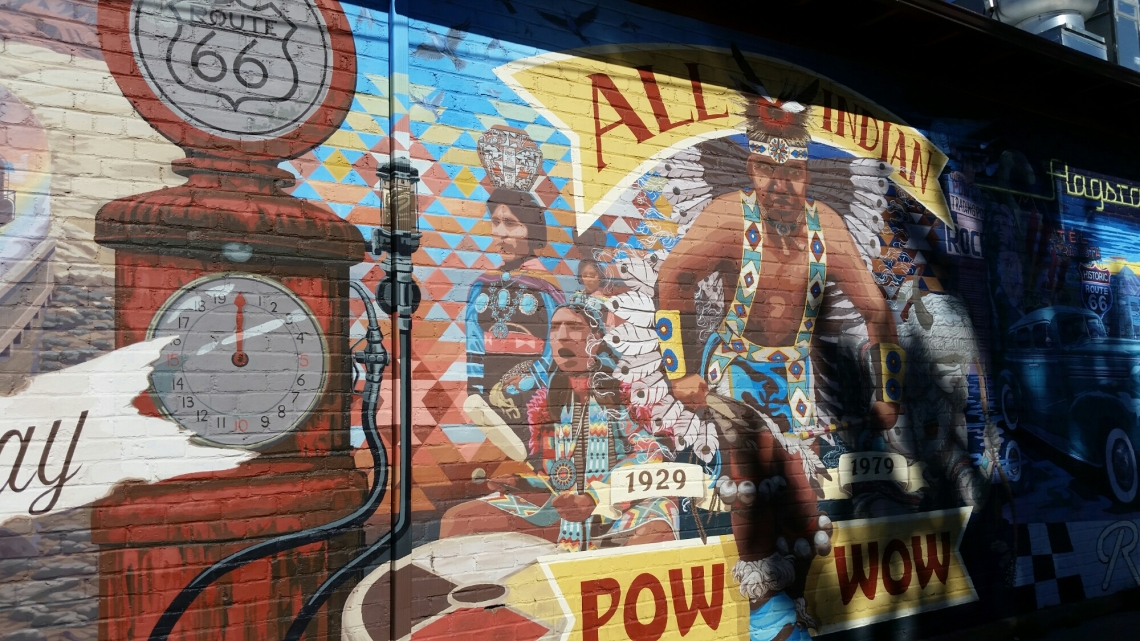 Outside of Flagstaff on my way to Pine Breeze Inn from the film “Easy Rider” I notice what looked like smoke…hmmmm. 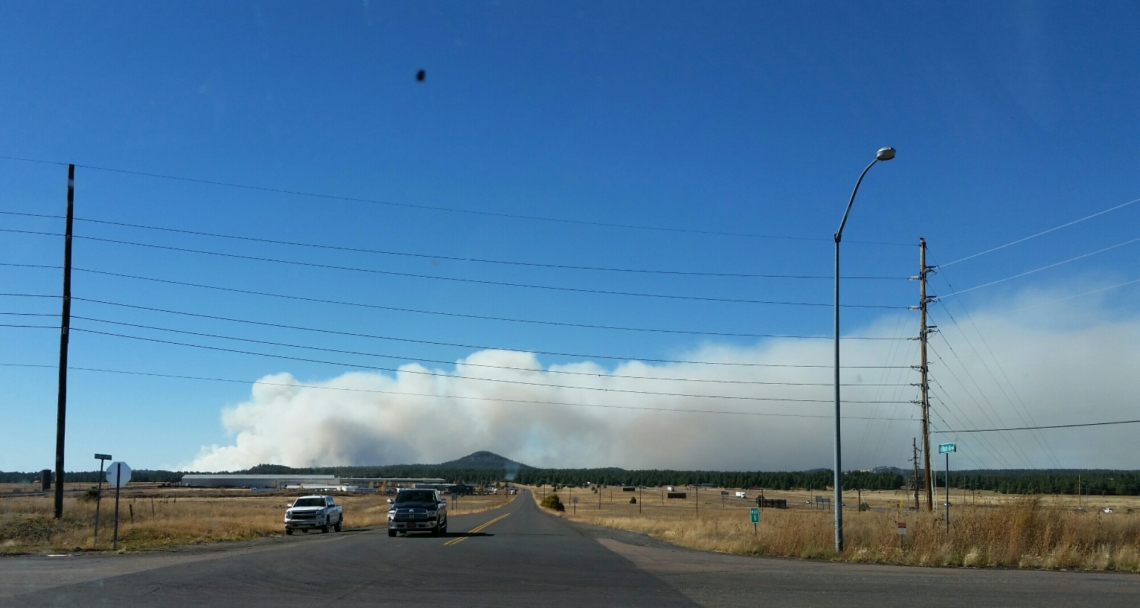 Off of I-40 and on some paved Route 66! Through Parks AZ there was the old Parks Store and Union 76 gas station.

And remember the smoke?  See it behind the Parks Store?  I drove right through it. It was a fire set by the Parks Service and they told me to just put my 4 ways on and keep going.  So I did! Hi! My name is Lori Cook and I recently retired from the Postal Service after 30 years of service. I have always wanted to see the great country of America. At 58 years of age I am ready to get on with it! So I purchased a teardrop camper and I am off to discover America! Please join me as I embark on my first exciting trip on the Historic Route 66. View all posts by SoloTraveler1958