Sapulpa (suh-puhl-puh), say that five times fast!  That’s where my day started. The town was named after the area’s first permanent settler,  a full-blood Lower Creek Indian named Sapulpa.  A giant Coke bottle was the first thing that I seen, a tribute to the industry and workers of the city.   I headed toward the middle of the city where I visited the Tulsa-Sapulpa Union Railway and an old Trolley car.  In 1957 they built the Happy Burger and since it was closed and there was no Starbucks in sight I settled for strawberry pop tarts.

West of Kellyville I decided to drive a very bumpy part of the old highway of about 2 miles.  Through the wooded area there were glimpses of old oil field tanks. Makes you realize just how hard our fathers and their fathers before them worked.

Driving through Bristow there really wasn’t much history except for the old Bristow Motor Company and Body Shop. BUT wait!  I saw this towering neon sign over the tops of the trees so I went to explore.  It was a casino!  These itty-bitty casinos are everywhere!  I decided today I would hang onto my money and mosey down the road.

On the drive there were cattle and horses grazing in the fields. The skies were blue and the temperature was perfect.  Have you ever seen a shoe tree?  There are two at the Shoe Tree Trading Post. I went inside and browsed but didn’t find anything I couldn’t live without.

Making my way into Stroud OK a very interesting building caught my eye as two ladies on Harley’s pulled in.  It’s called the Rock Cafe and if it were Saturday and Ohio State was playing I could have spent some time there! Going through town was the Skyline Motel and going out of town I decided to stop at the Stable Ridge Winery and sample their sweet reds.  The blackberry was awesomeness so I got a bottle for a special occasion.   Interesting fact about the winery, it was once the home of a Catholic Church, isn’t that cool!

Just before of the next town I am driving through was the Early Bird Cafe, so good they had two of them.

Next was the city of Chandler, home of Jerry McClanahan,  artist and author of the book (EZ66) I am following on my trip.  He was actually at the 1937 Armory that was renovated to be the Route 66 Interpretive Center.  I toured the Center and met the author and he autographed my book.  He was a very pleasant and friendly man. Glad I got to meet him. While in Chandler I visted the 1939 Lincoln Motel, the Country Kichen and the Boom-a-rang Diner.

Pushing on I visited an amazing motor cycle museum and vintage gas station called Seaba Station and Cycle Museum.   The owner Jerry was very nice as we chatted about some of the bikes he had. Very cool and worth the visit.

In Arcadia I stopped at the Round Barn built in 1898 and as I left there was a cool gas station with an LED Coke bottle in front of it.

To get to Oklahoma City I drove through Edmond where I saw a replica of the Statue of Liberty and the first schoolhouse in the Oklahoma Territory built in 1889. They also have a very nice Historic shopping district and there is a Historical Society Museum.

“Does the wind still blow in Oklahoma” it did today as it was a bit breezy but I ain’t complaining.  Oklahoma City was a bear as I got there right around rush hour.  I did manage to get some of the Route 66 scenery from the past where it was safe to do so.  These are some of them, the Will Rogers Theater,  the Gold Geodesic Dome, the Milk Bottle, the Tower Theater, Jack’s BBQ and Ann’s Chicken Fry House.  I was really disappointed when I went to the door and they are closed on Mondays.

So when in Oklahoma eat steak and drink a beer!  So I did!  Great waitress Penny and cheers to Steve who was sitting at the bar too. 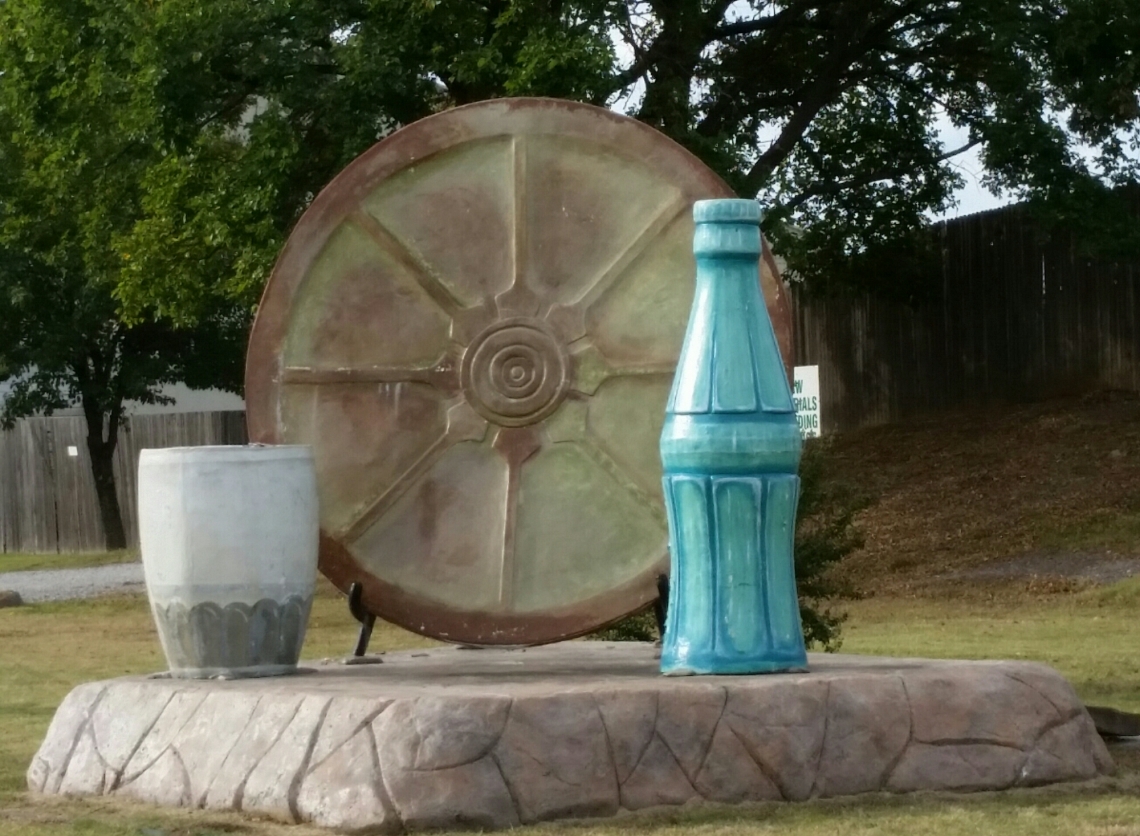 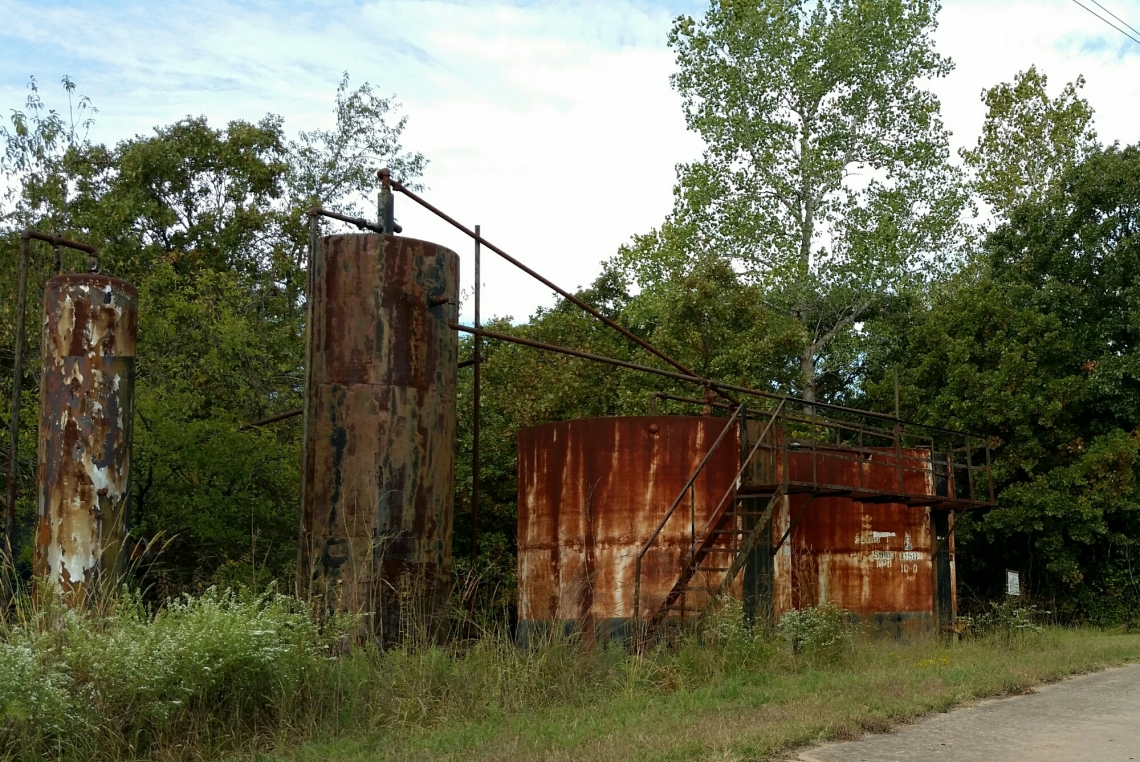 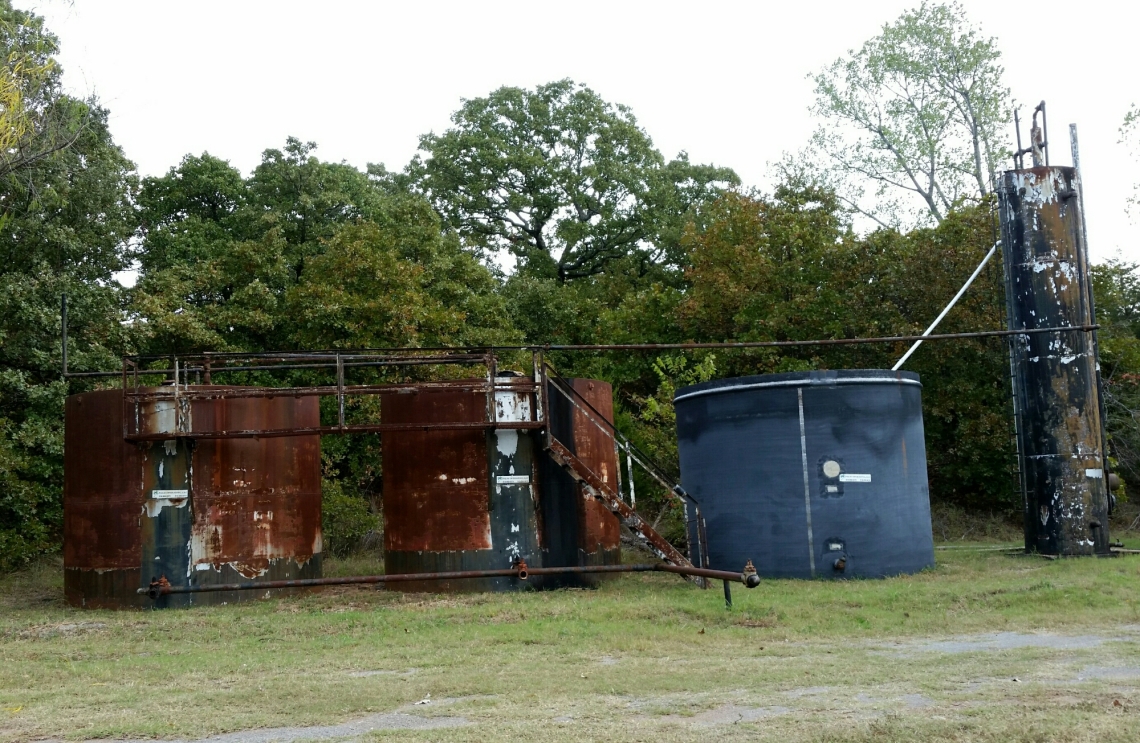 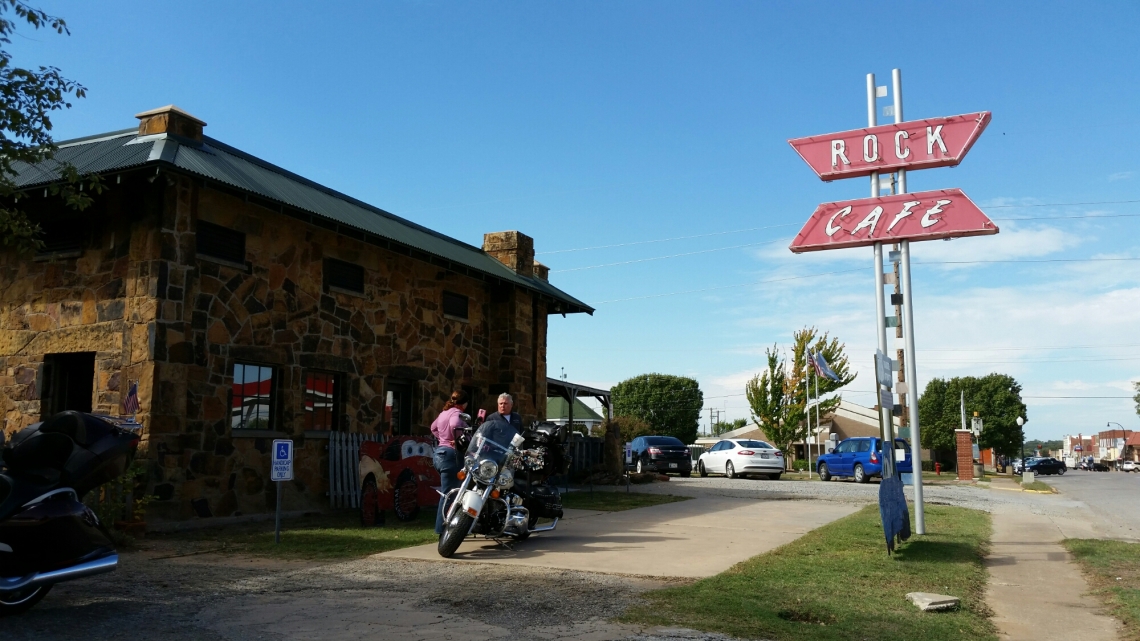 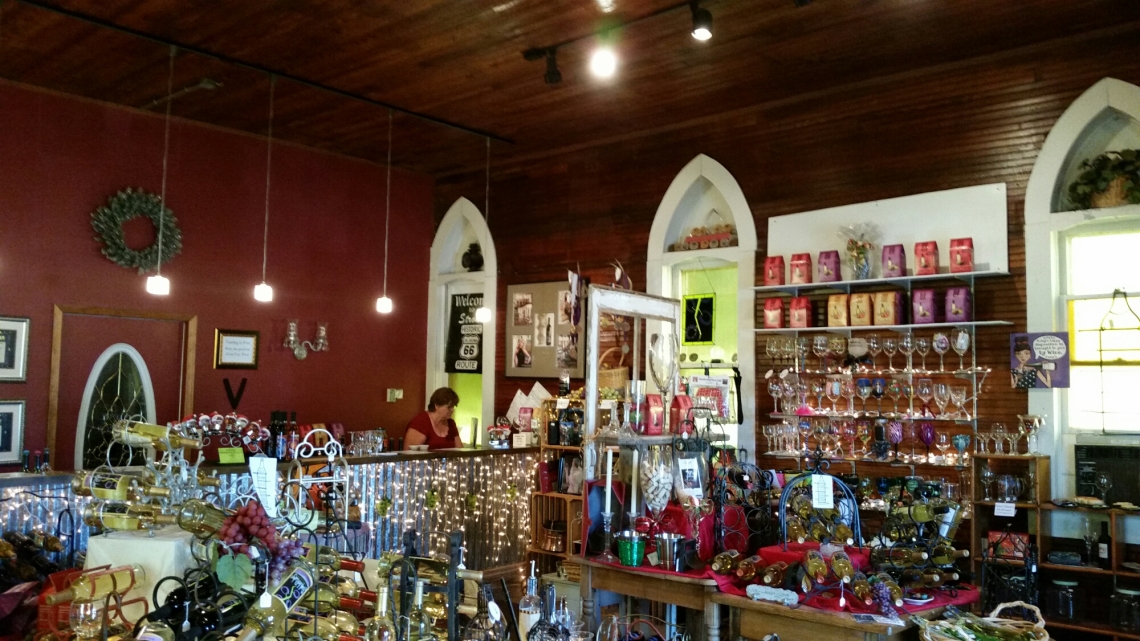 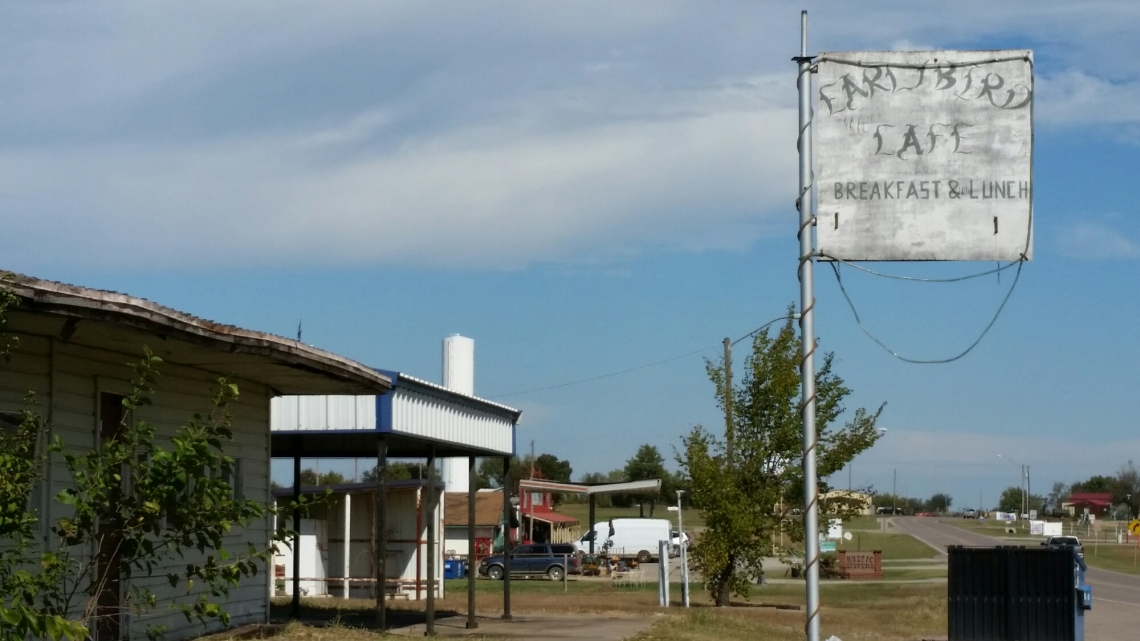 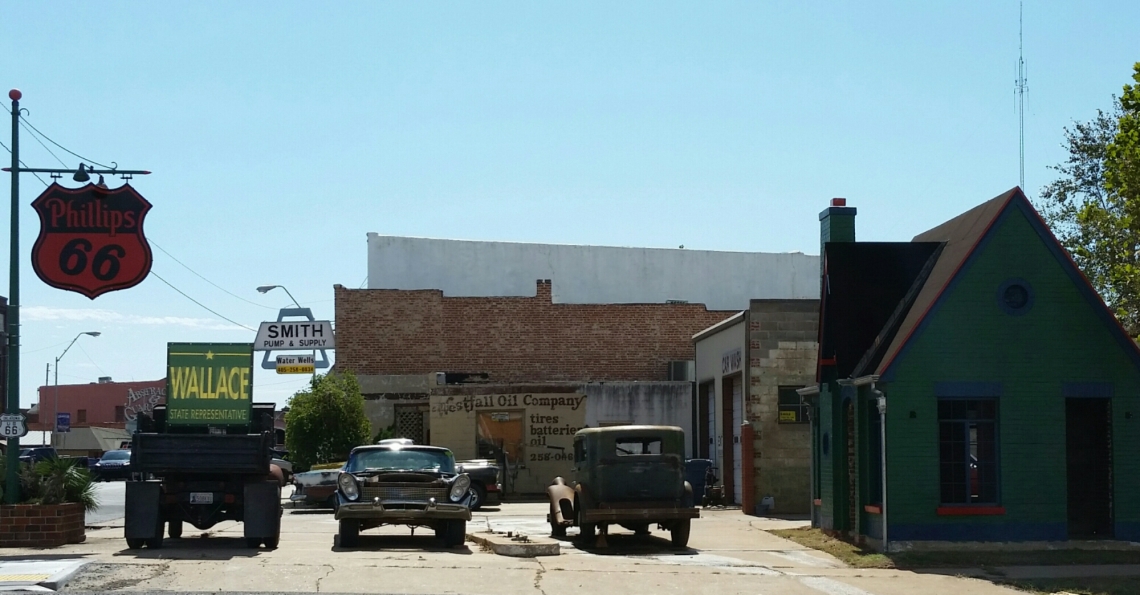 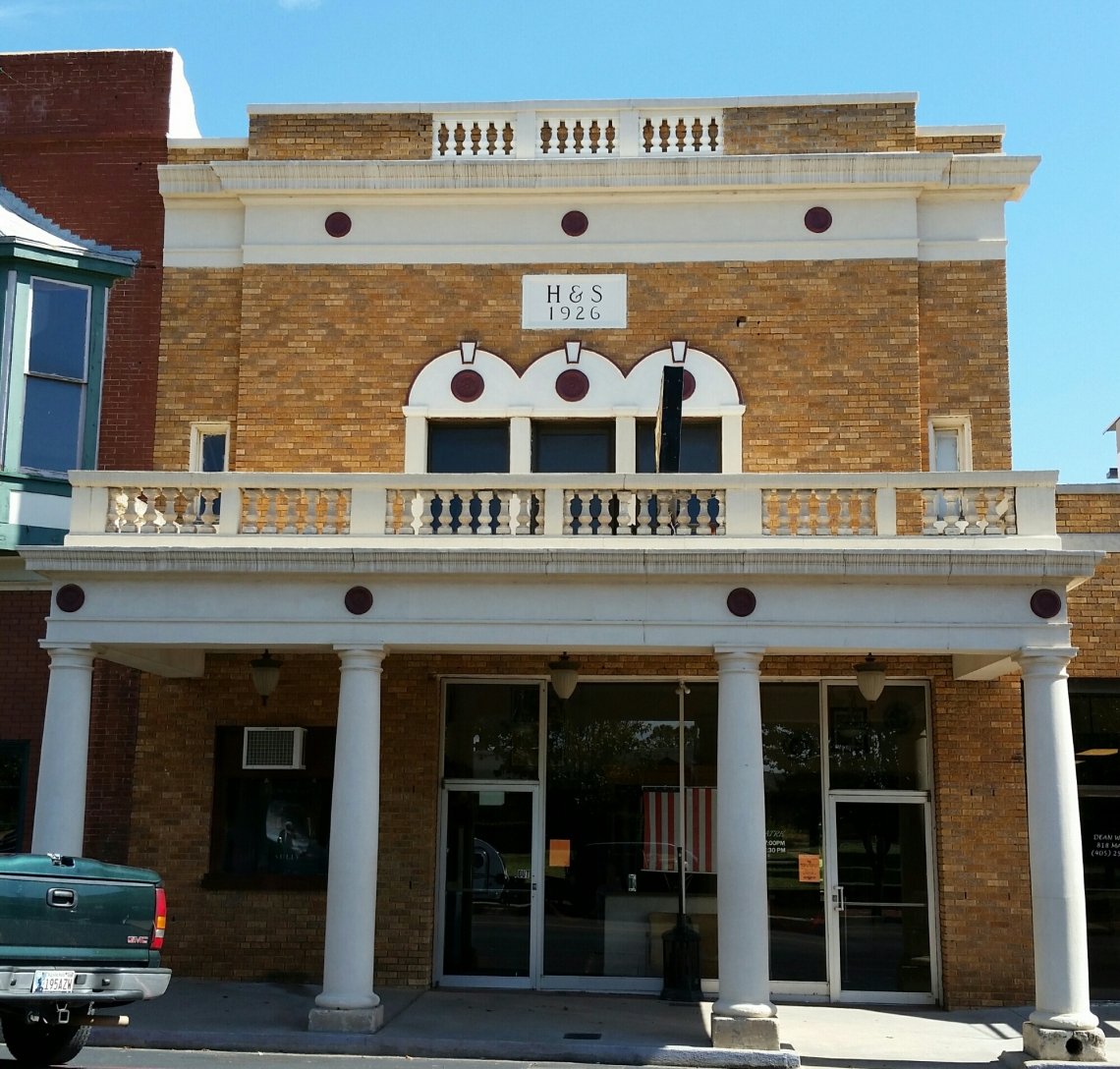 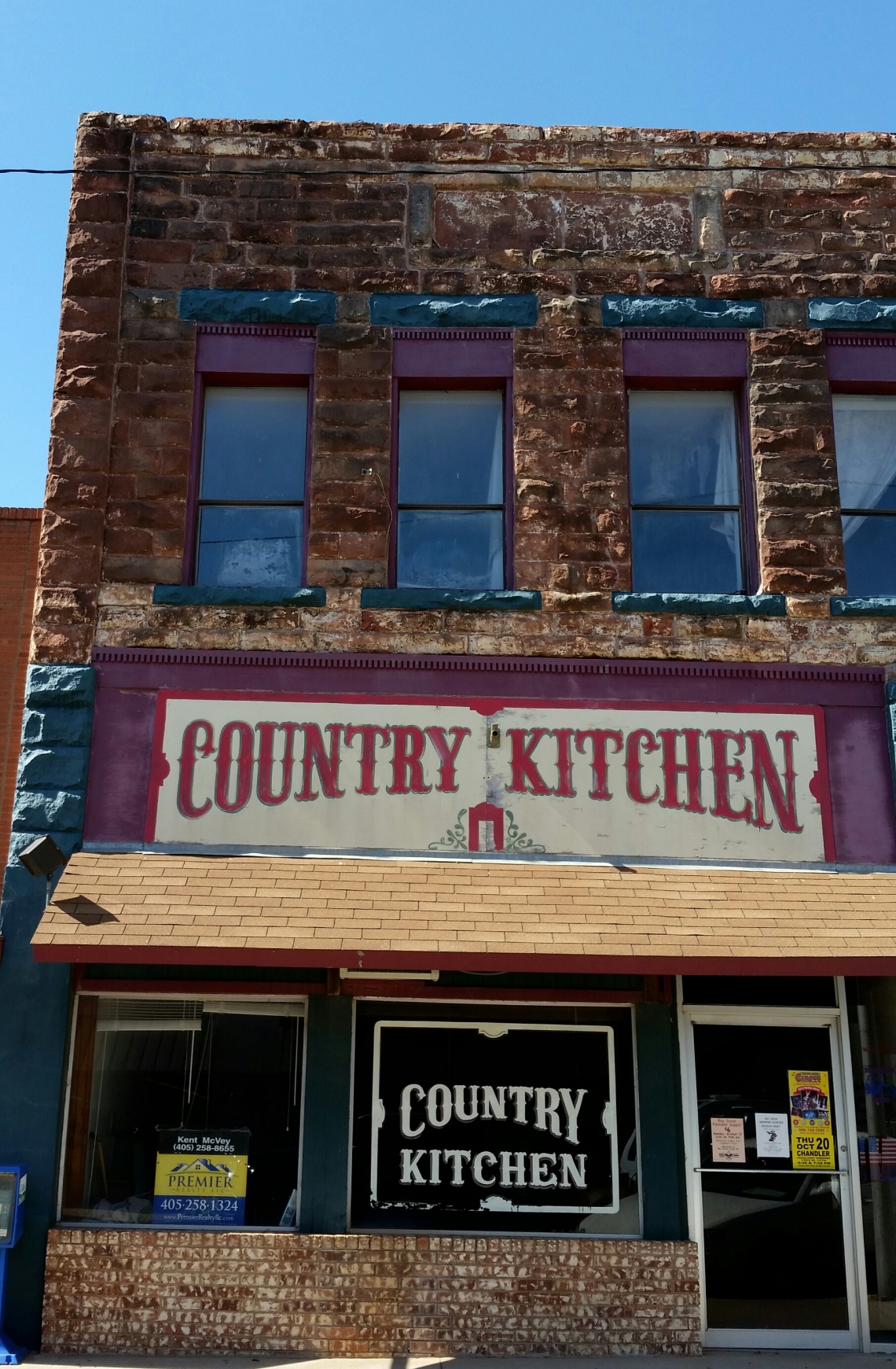 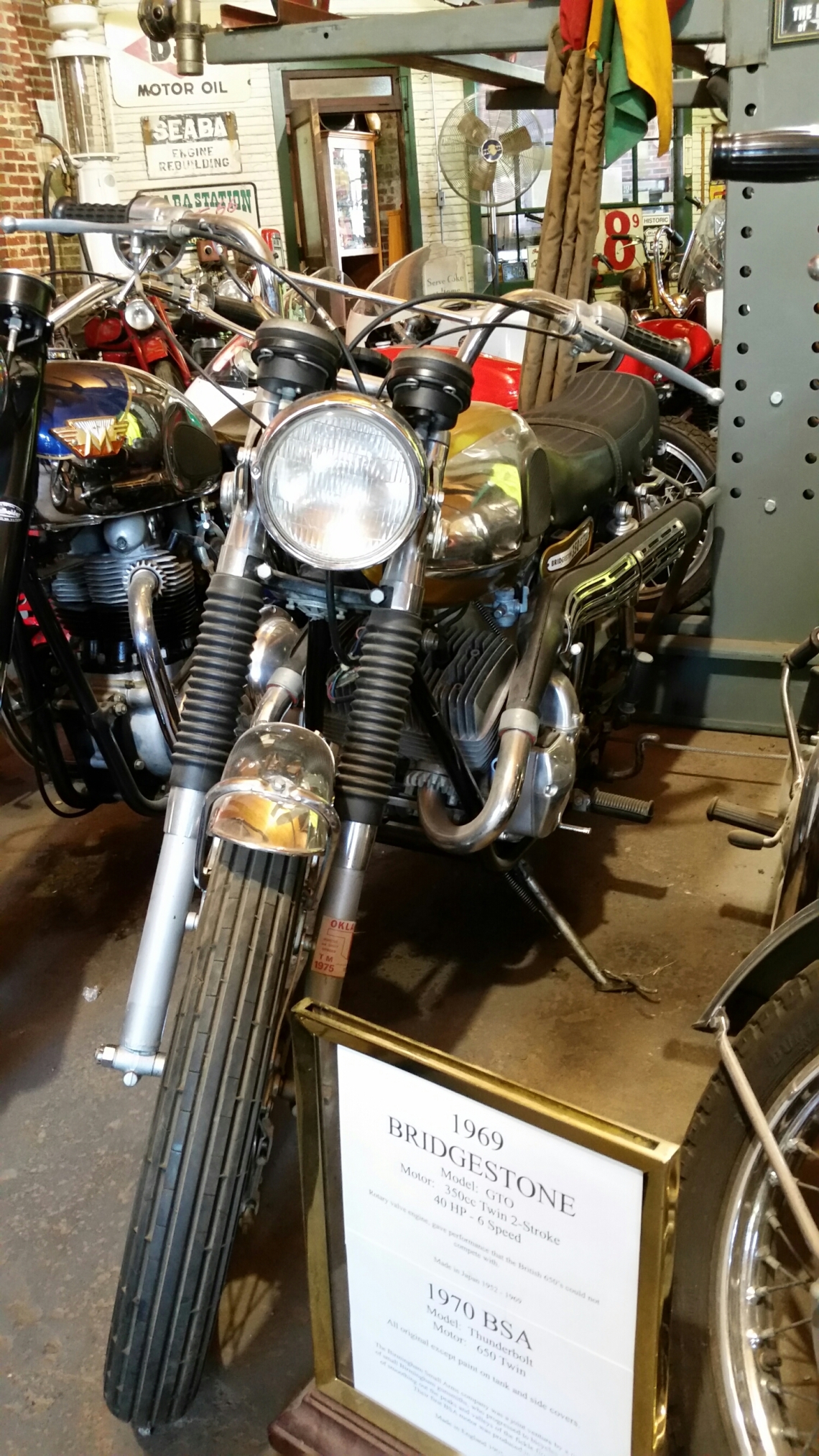 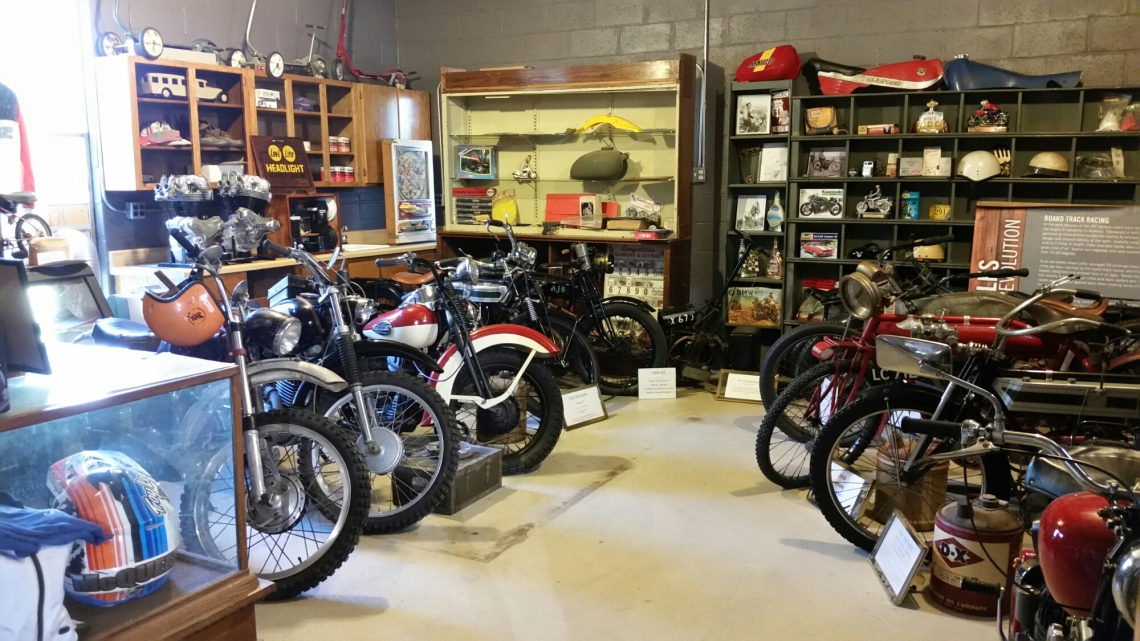 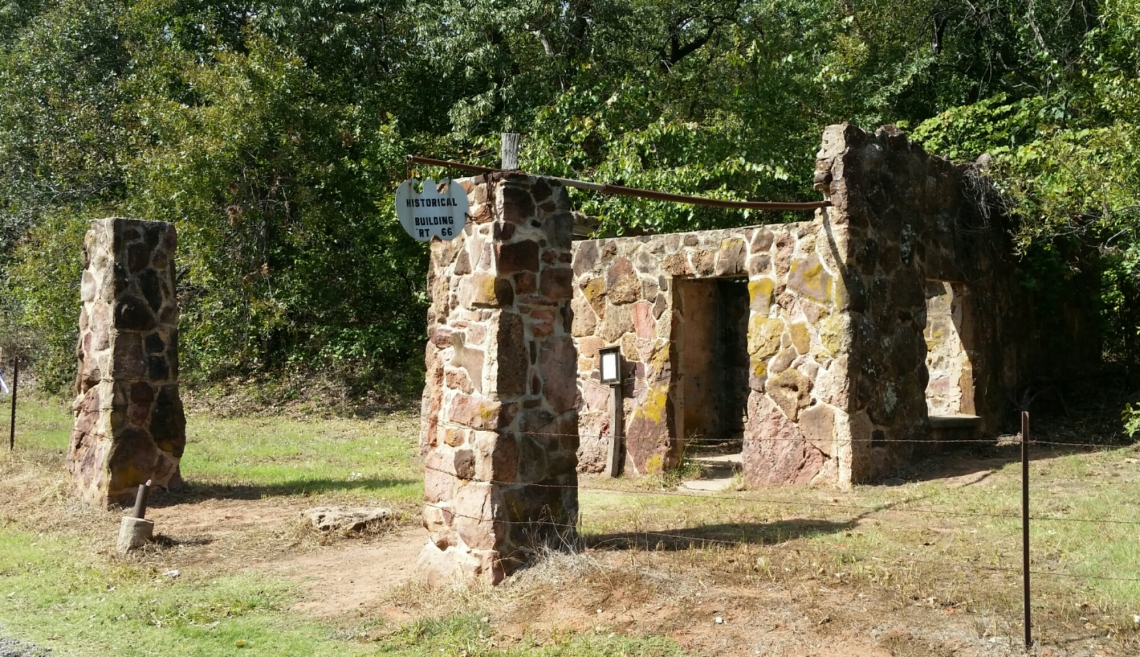 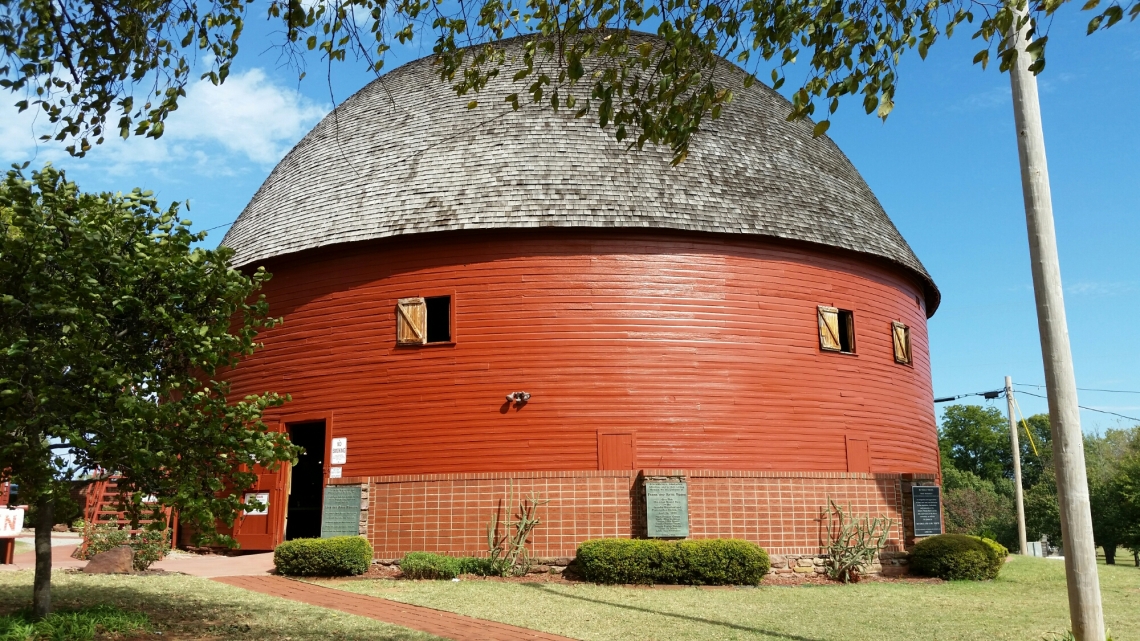 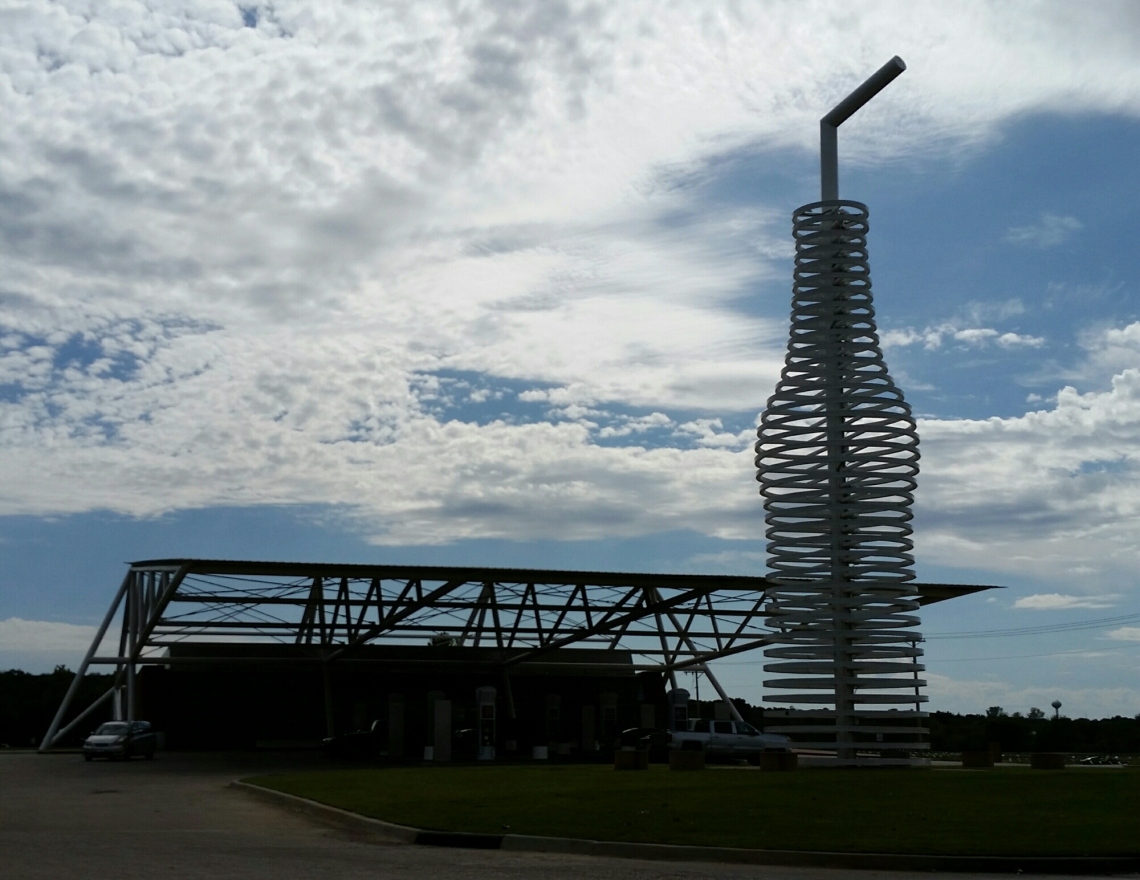 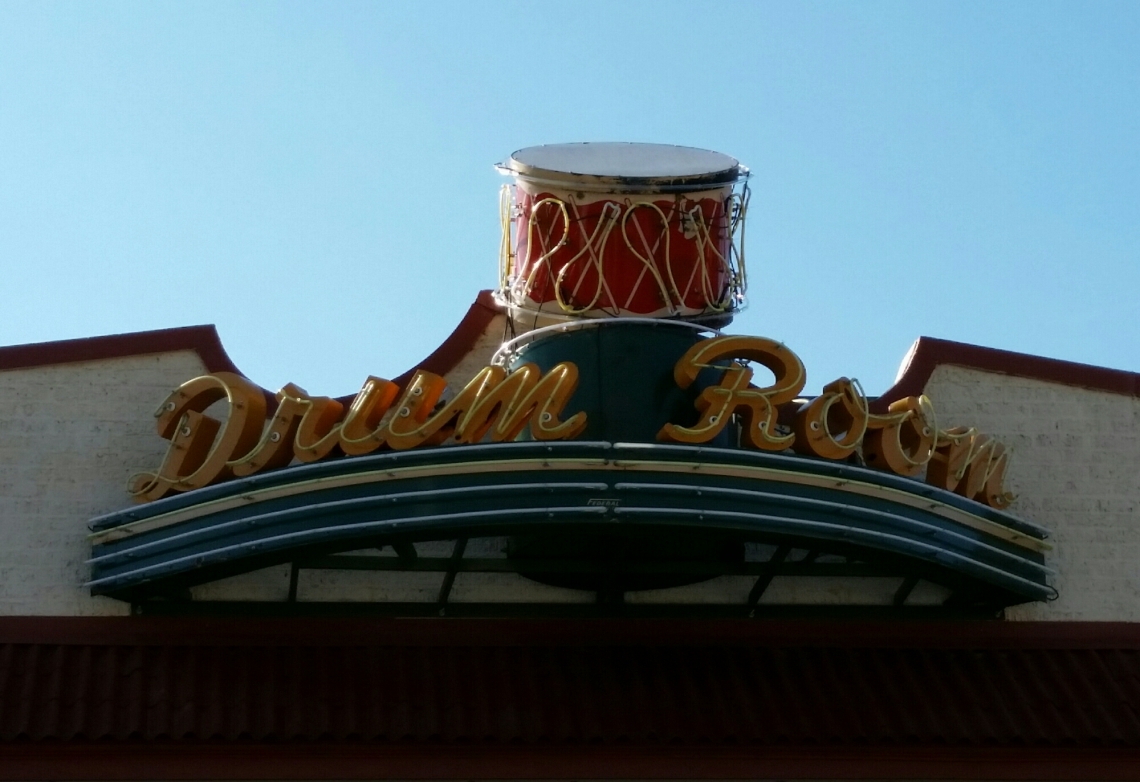 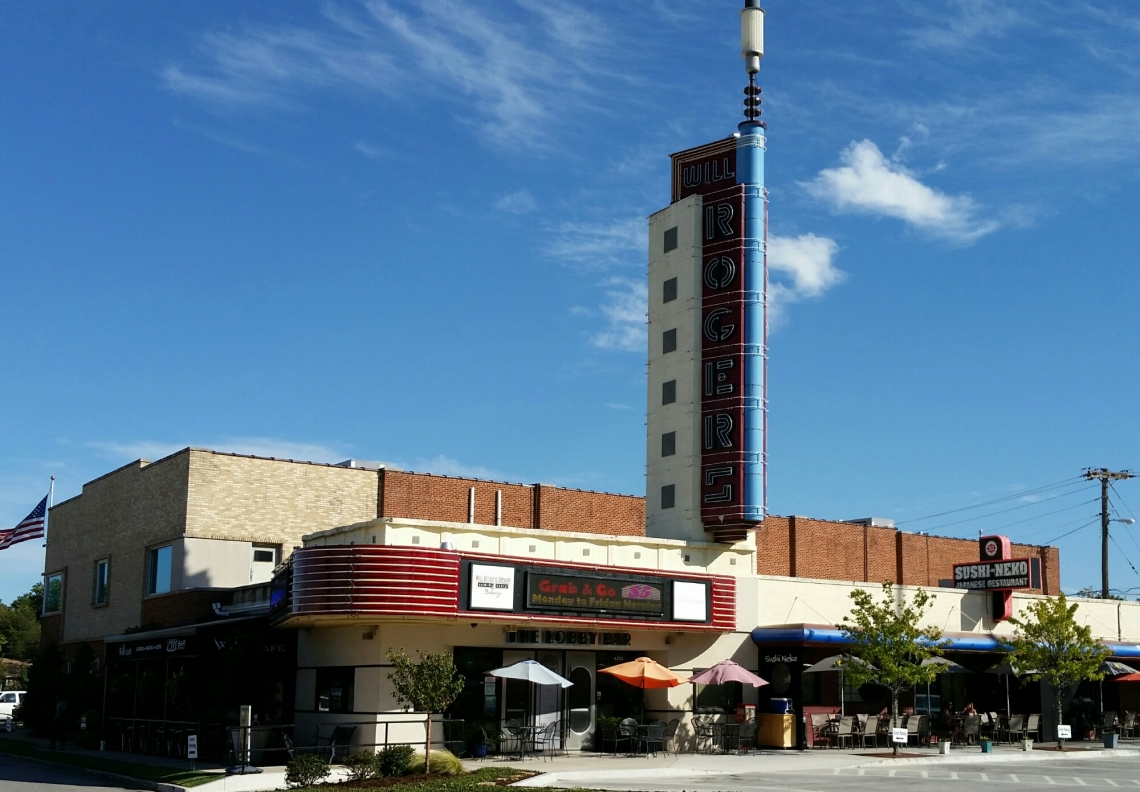 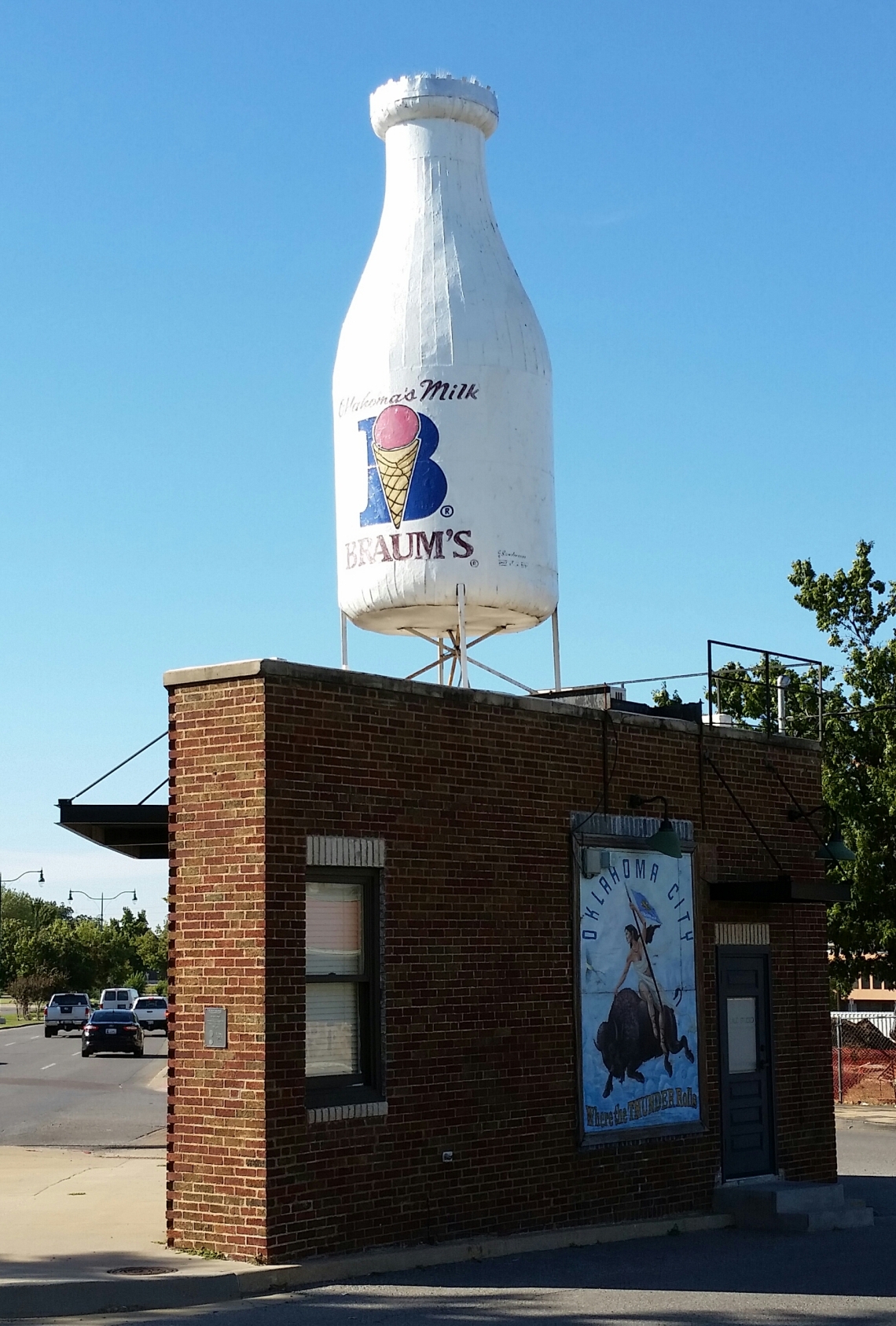 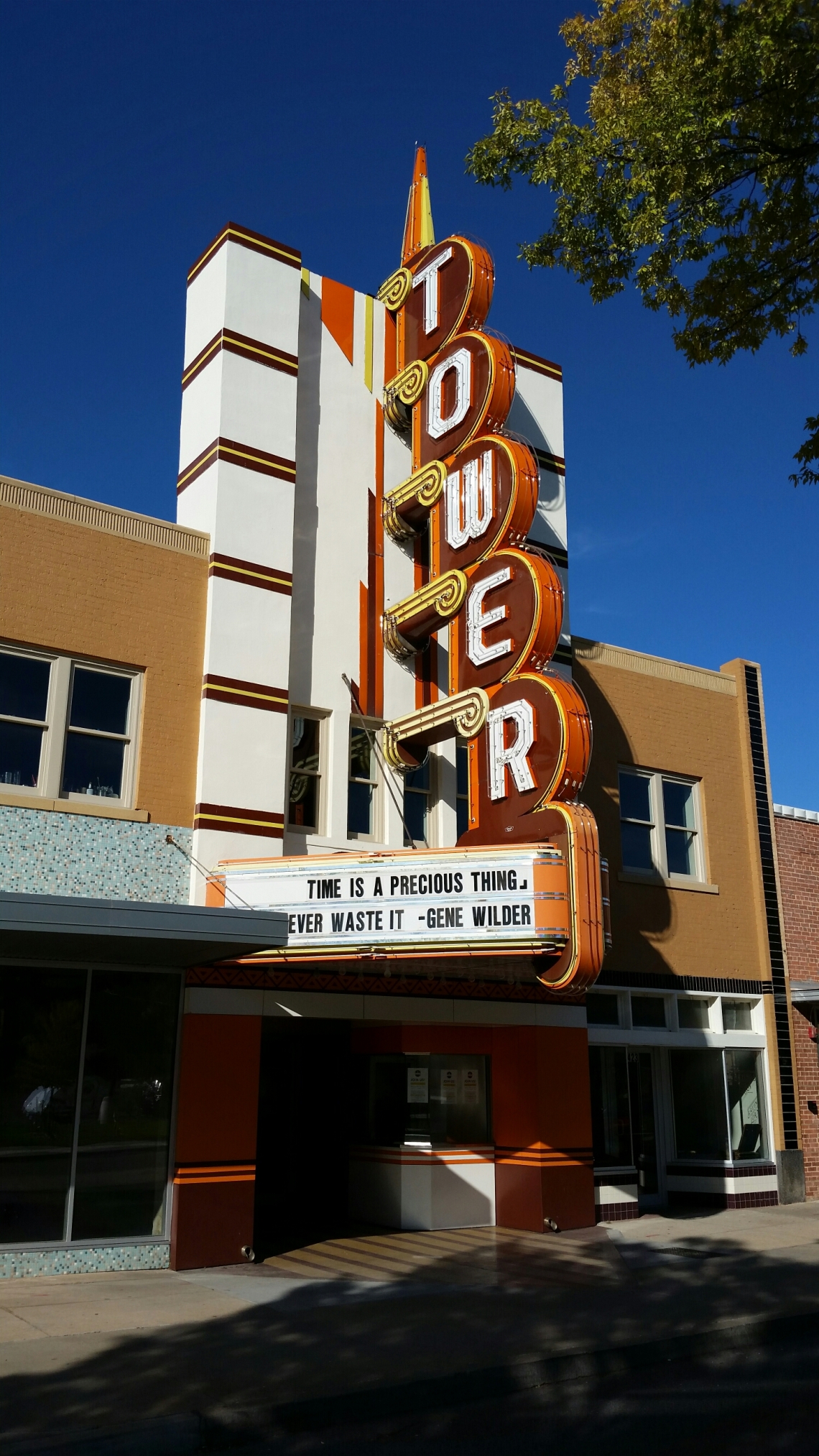 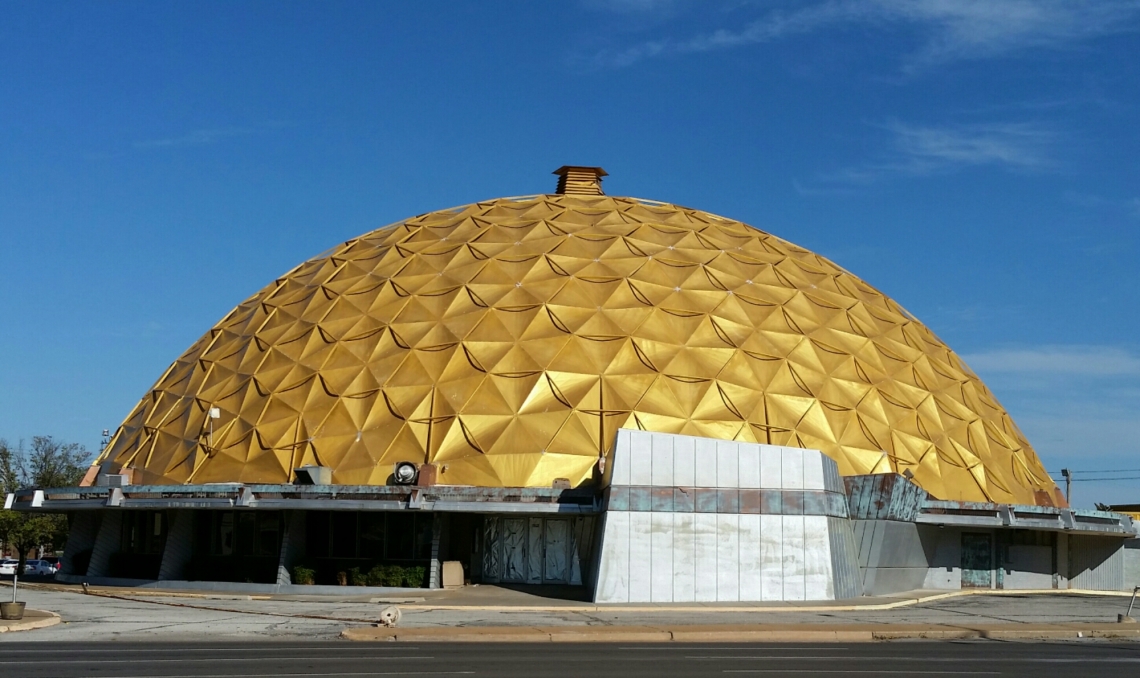