Today I start my trek through Oklahoma and after a good night’s sleep I am ready to get this party started, just wish there was a Starbucks nearby!!!

In Miami there is the beautiful Coleman Theater built in 1929 as a vaudeville theatre and later donated to the city of Miami.  It is now a Ballroom & Conference Facility.  Right down the street is the Route 66 Vintage Iron Motorcycle Museum but unfortunately it was closed at the time I was there…bummer.

Heading out of Miami towards Afton is the only remaining 9 foot section of pavement from the original Route 66. Once in Afton I stopped at the Afton Station Route 66 Packard which is a renovated vintage 1930s D-X filling station.  Leaving Afton was a Will Rogers Highway Marker on the south side of the road.

Driving today was magnificent as the wispy clouds and blue skies were everywhere.  As I drive into Vinita  I took a side trip to see the largest McDonalds Service Plaza that was built in 1957. One of the first of its kind.  Supposedly it filled a bridge that crosses 1-44.  It is also known as the “Glasshouse”.  Vinita also is home to the Will Rogers Rodeo, an old hotel, the Clanton Cafe and the Route 66 Inn.  Here is an interesting fact, Vinita was the first town in Oklahoma to have electricity.

On the other side of the tracks in White Oak is the White Oak Mill, I couldn’t find the date that it was built.  Down the highway from the mill I crossed the Pryor Creek Bridge which was built in 1926 and carried Route 66 until the road was realigned in 1932.

The claim to fame for Chelsea OK was the oldest oil well in Oklahoma and the Chelsea Motor Inn of course.

About 4 miles off the beaten path was the Totem Pole park.  A 90 foot Totem pole, world’s largest it says inside of it. They had other types of art there too.  In the gift shop I had a chance to chat with Lorene Walkingstick.  Very nice lady.

Do you know who Andy Payne is?  Well neither did I until today!  Andy Payne, Foyil OK native, was the winner of the 1928 “Bunion Derby”.  Now do you know what the “Bunion Derby” is?  It is a transcontinental foot race from LA to NYC that followed Route 66.  Wow!

Ah, Claremore OK home of Patti Page and the infamous Will Rogers.  I visited the magnificent Will Rogers Memorial and Museum.  Absolutely amazing.  Will Rogers had a hotel in the downtown section of town and it was famous for radium baths, piped in mineral water. The hotel is now a senior living apartment house.  I also visted the Belvidere Mansion.  And, for all of you gun enthusiasts the J M Davis Arms and Historical Museum is also in Claremore.   It is the world’s largest Private Firearm Collection.

Outside of Verdigris was the Blue Whale. Built by the late Hugh S Davis, taking two years to finish in 1972.  Davis had the frame built and he himself mixed and applied the cement, one 5 gallon bucket at a time to the frame.  The Blue Whale was a swimming hole attraction until it was closed in 1988.

The bridges that spanned the rivers over Route 66 are being removed as they were built with very narrow lanes and I found this really interesting that they placed the old bridges in a park.  While I was in Verdigris I was really missing my family and I never got to see them because when I got to the “Nut House” it was closed.

Through Catoosa was a cute little train Depot and train.  At the other end of town was the DW Correll Museum and mural.

Finally I make my way into Tulsa. I just took a lot of pictures as the Route 66 Route going through Tulsa travels right through the city.  So, enjoy the pictures of the Hard Rock,  Brookshire Motel, Desert Hills Motel, the Meadow Gold sign, Page Moving Company, Brownies, Moodys, Talley’s Cafe, the Dilly Diner, Rancho Grande, the Oasis Motel and Blue Dome Gas Station.

One last thing, I did find the Golden Driller, a 76 foot tribute to Tulsa’s oil heritage, at the front gates of the State Fair which just happened to be today! 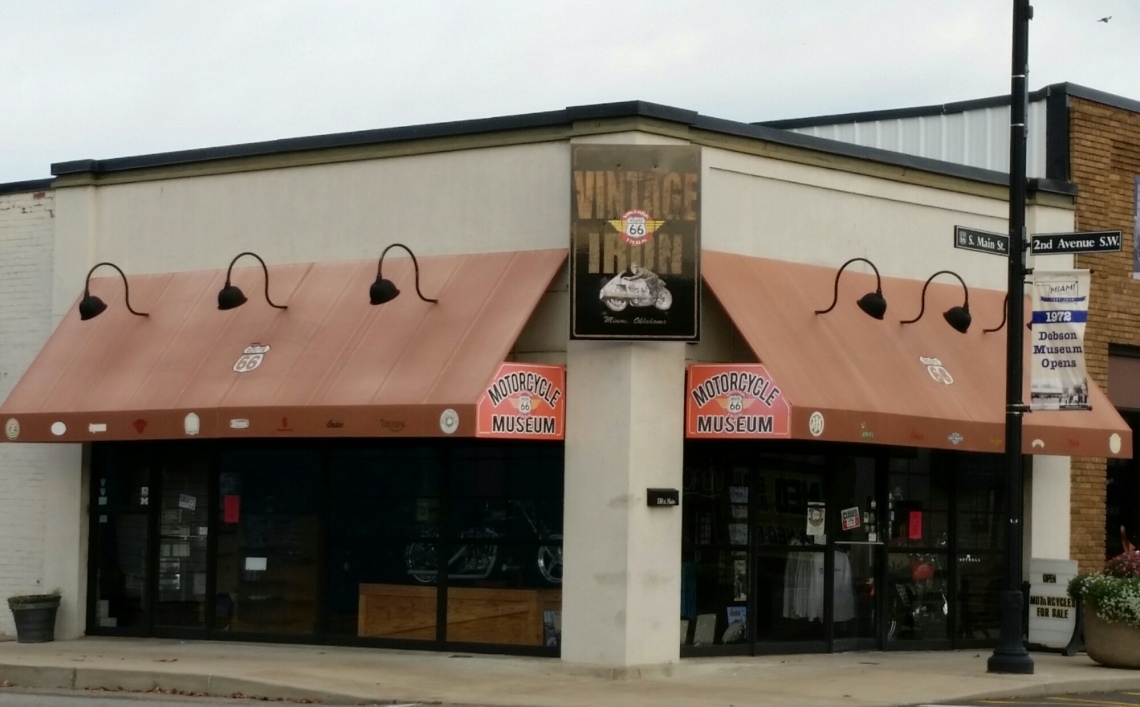 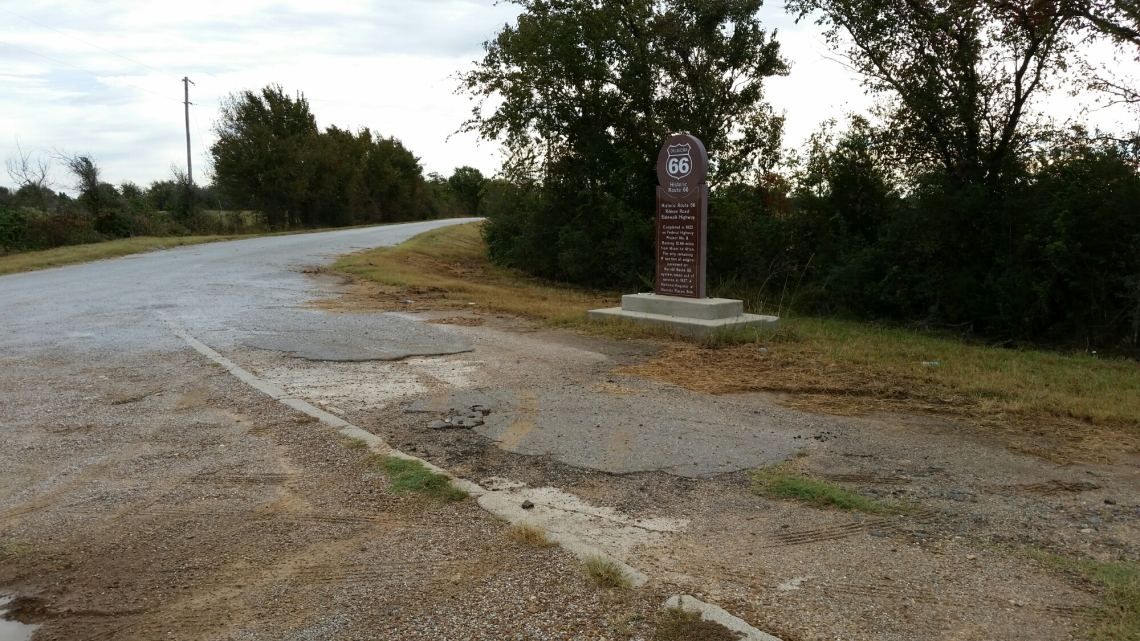 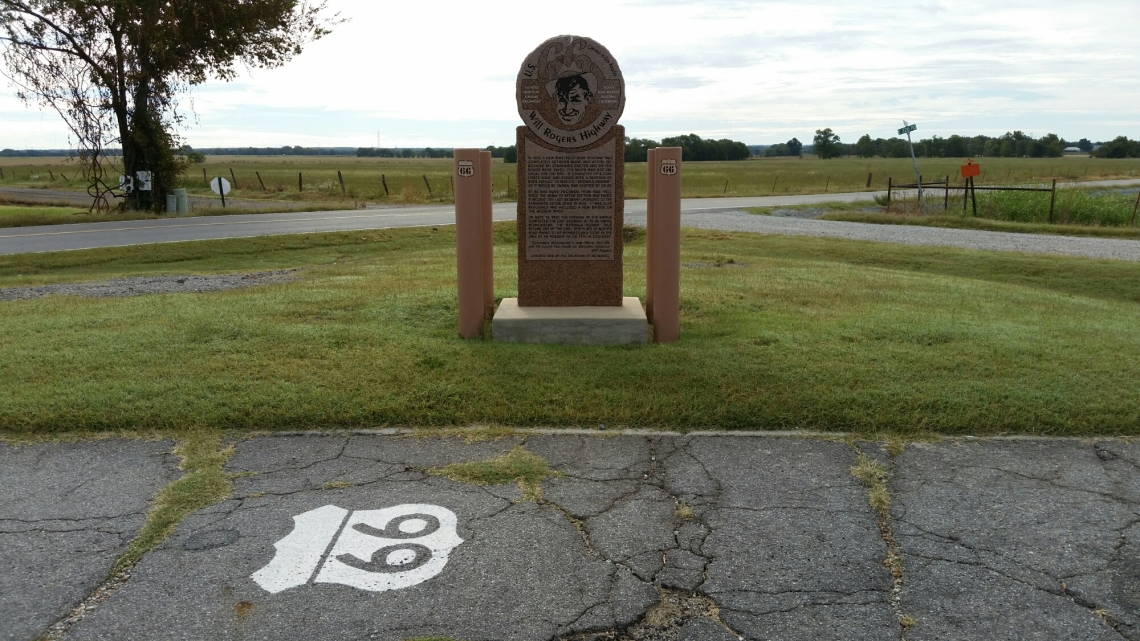 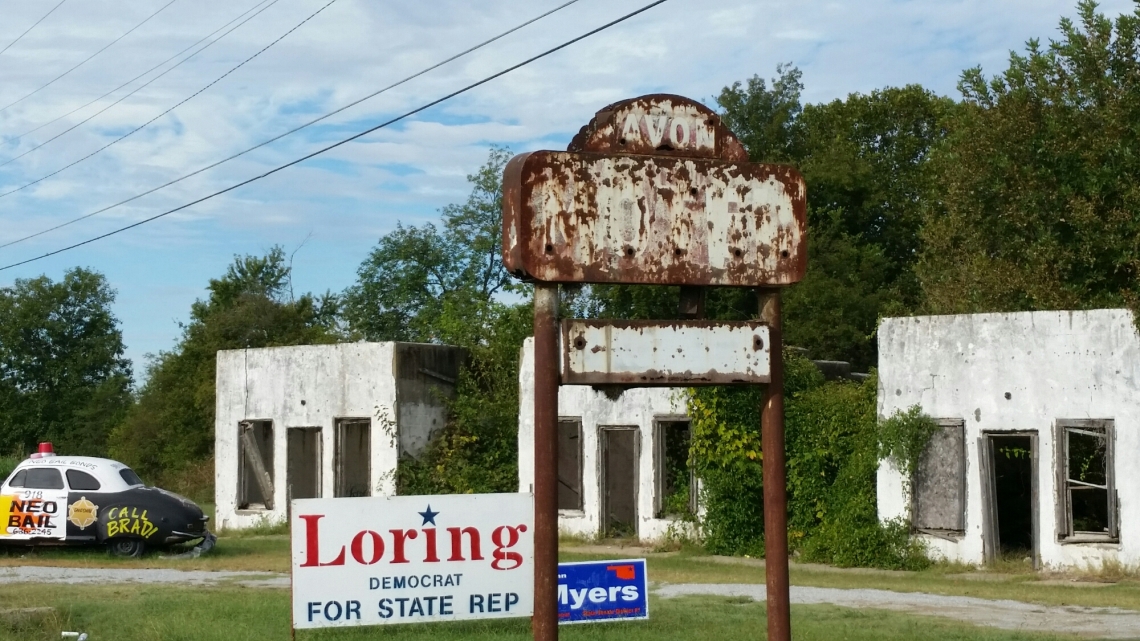 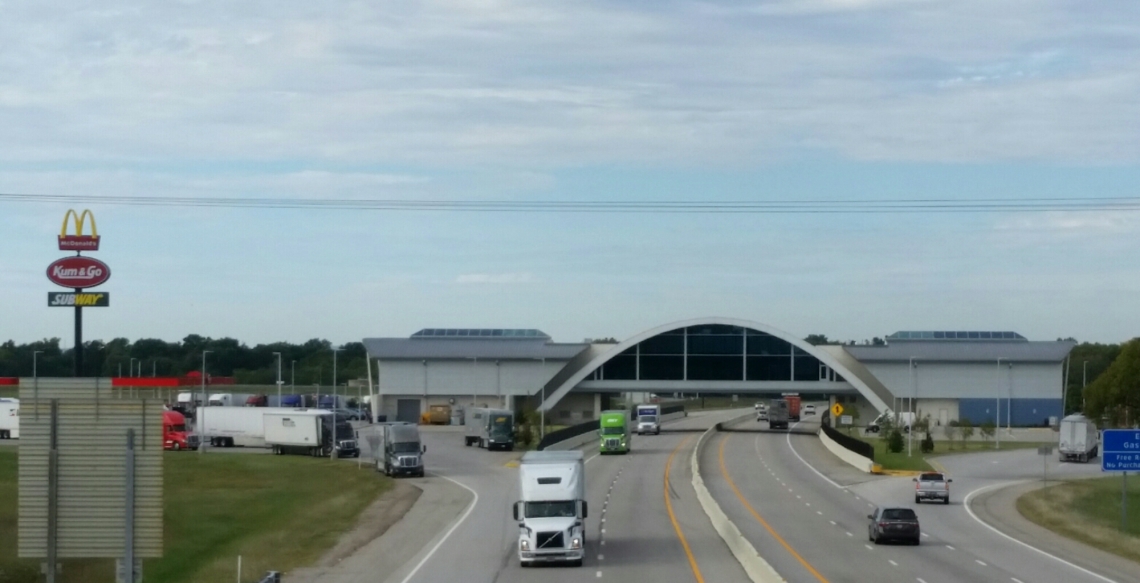 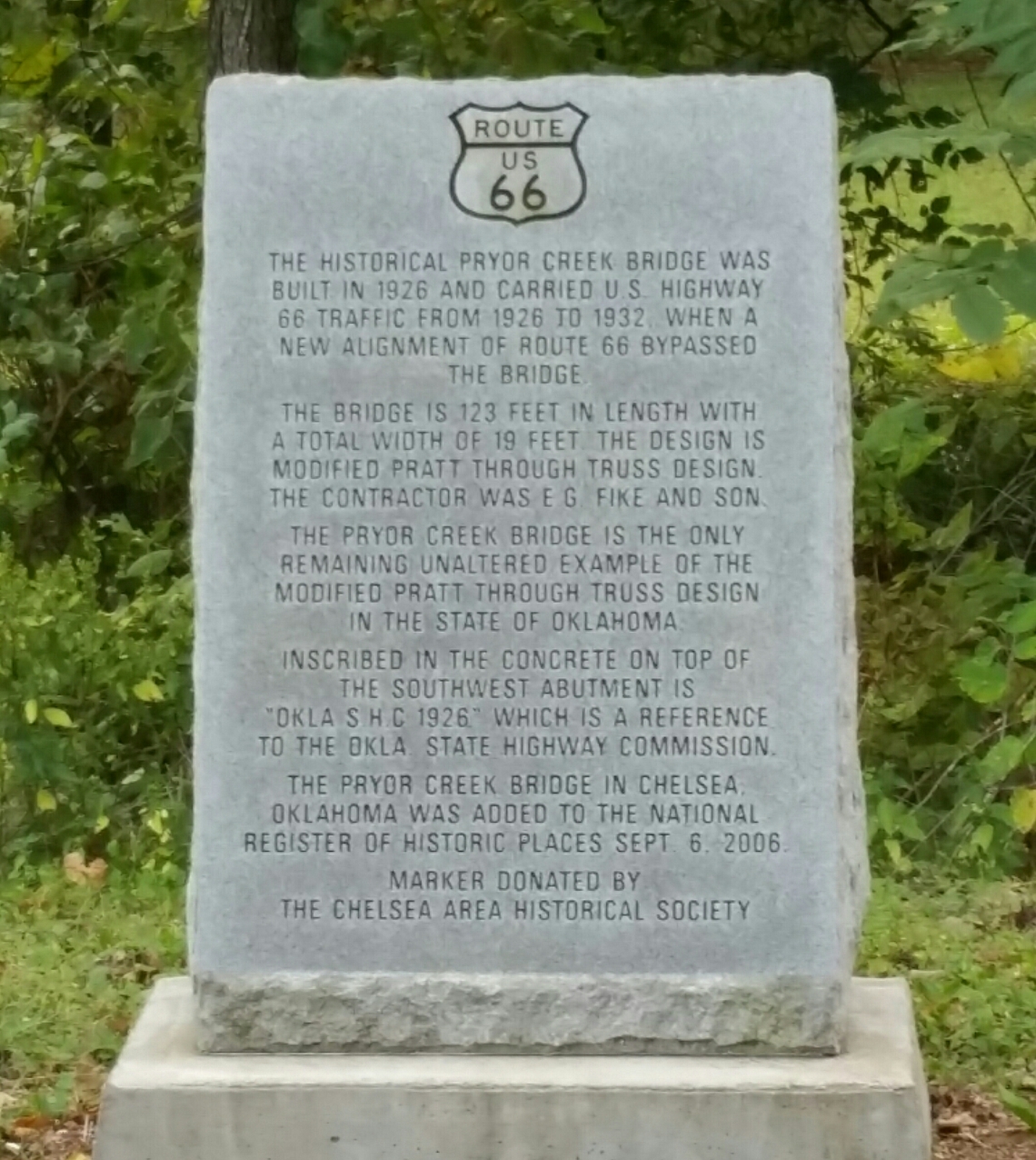 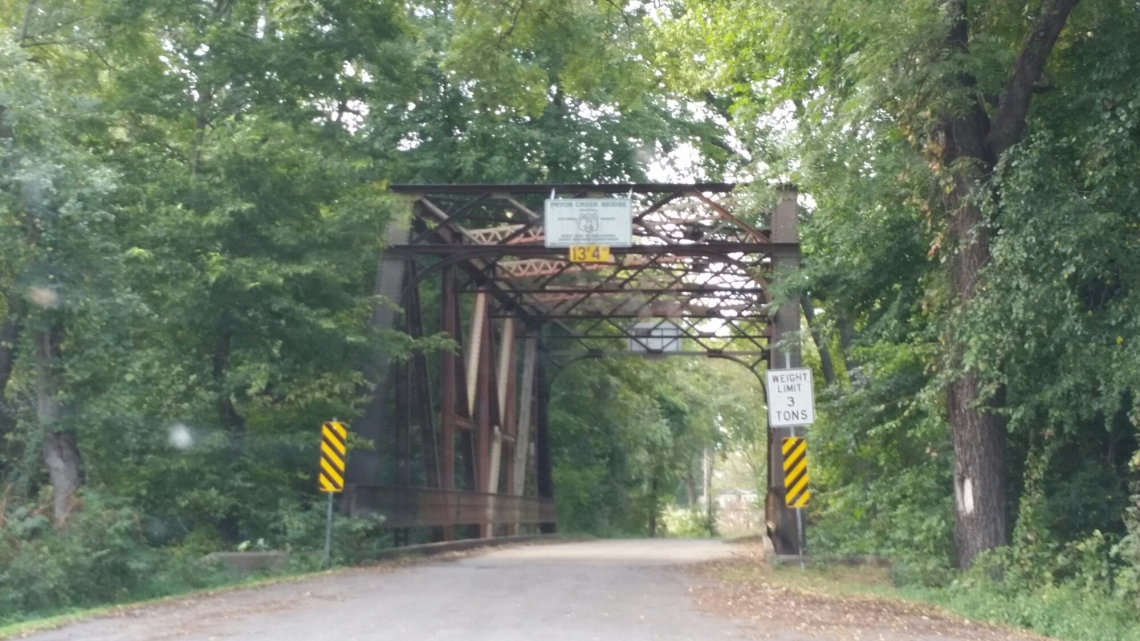 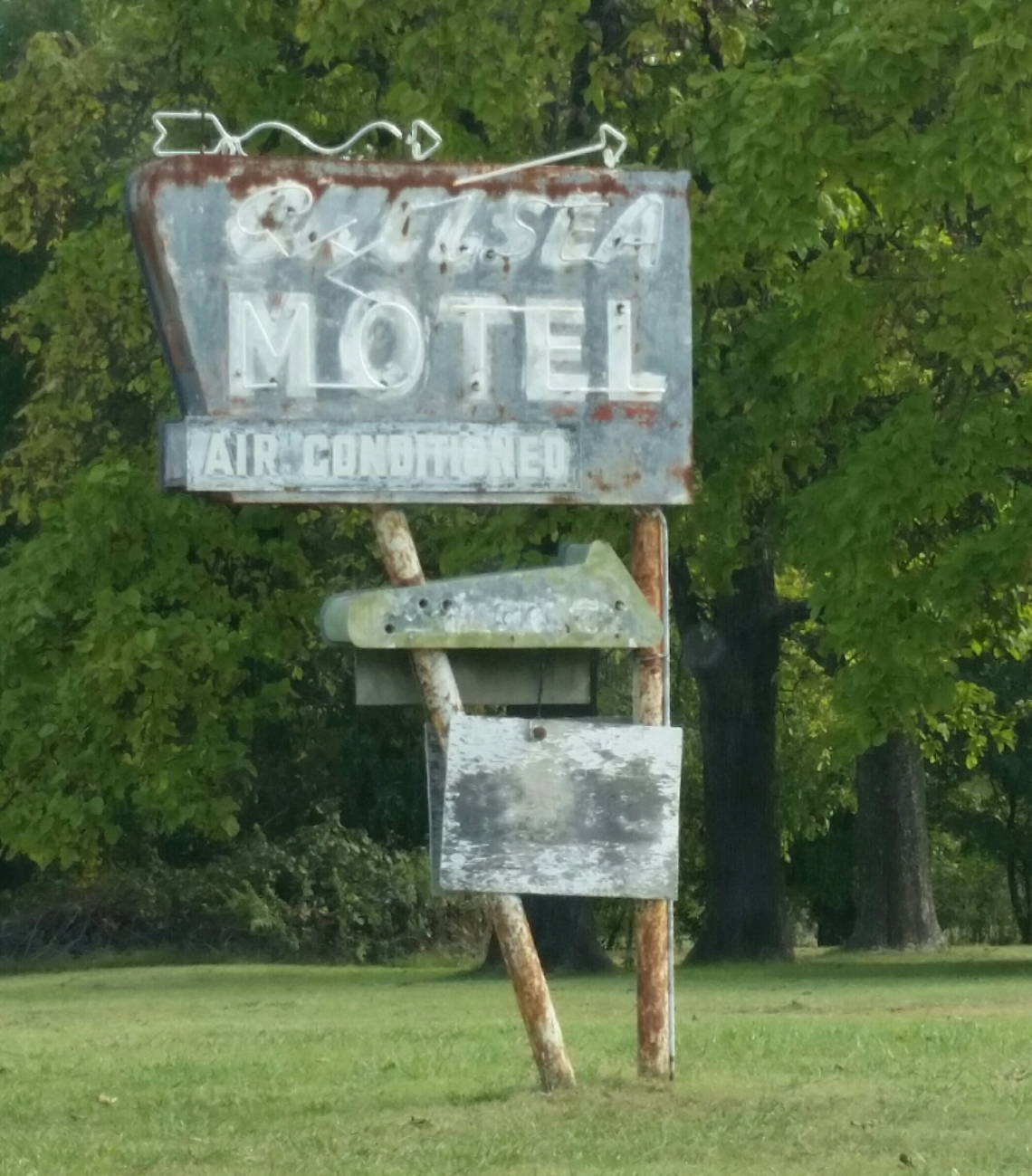 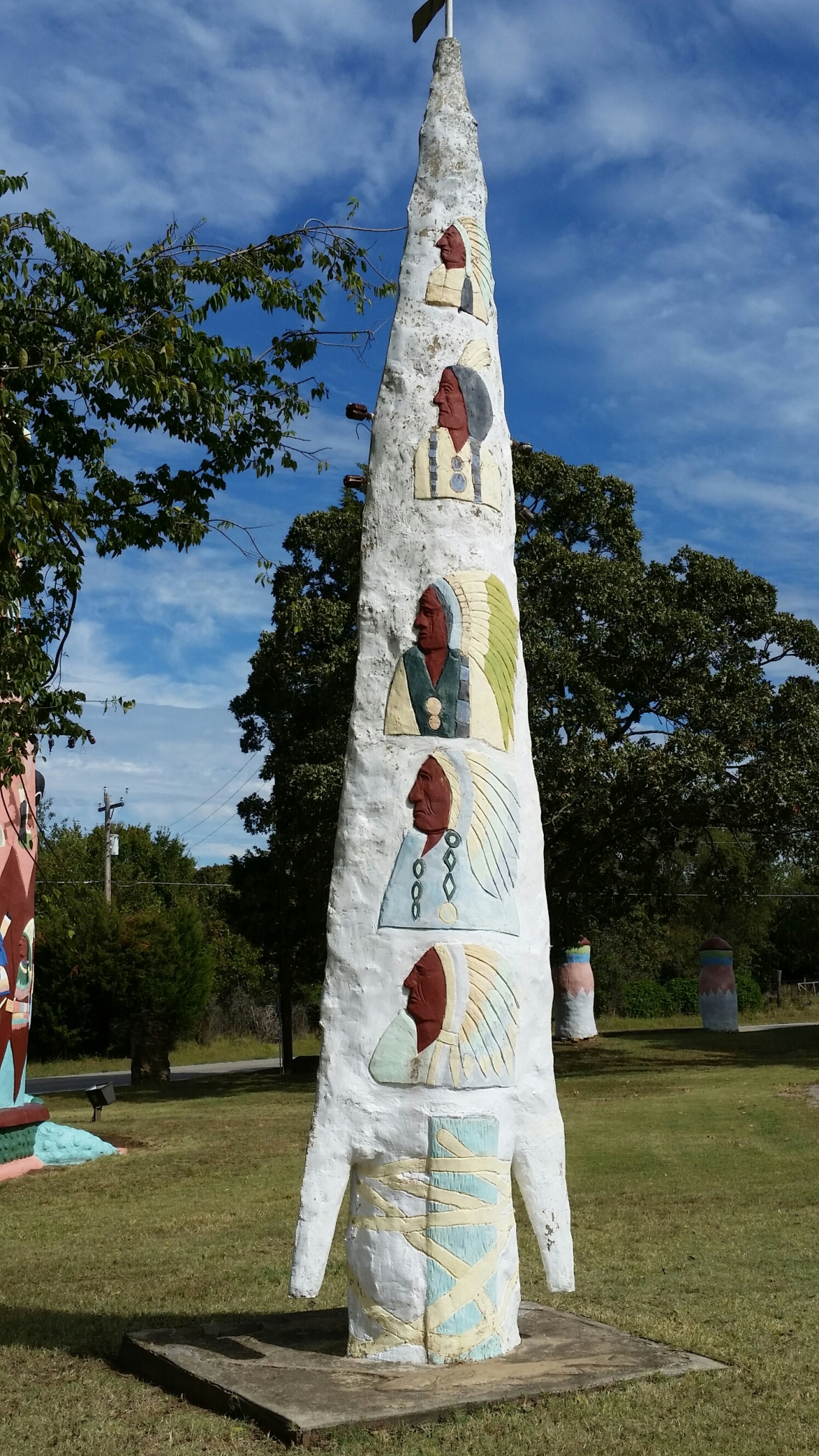 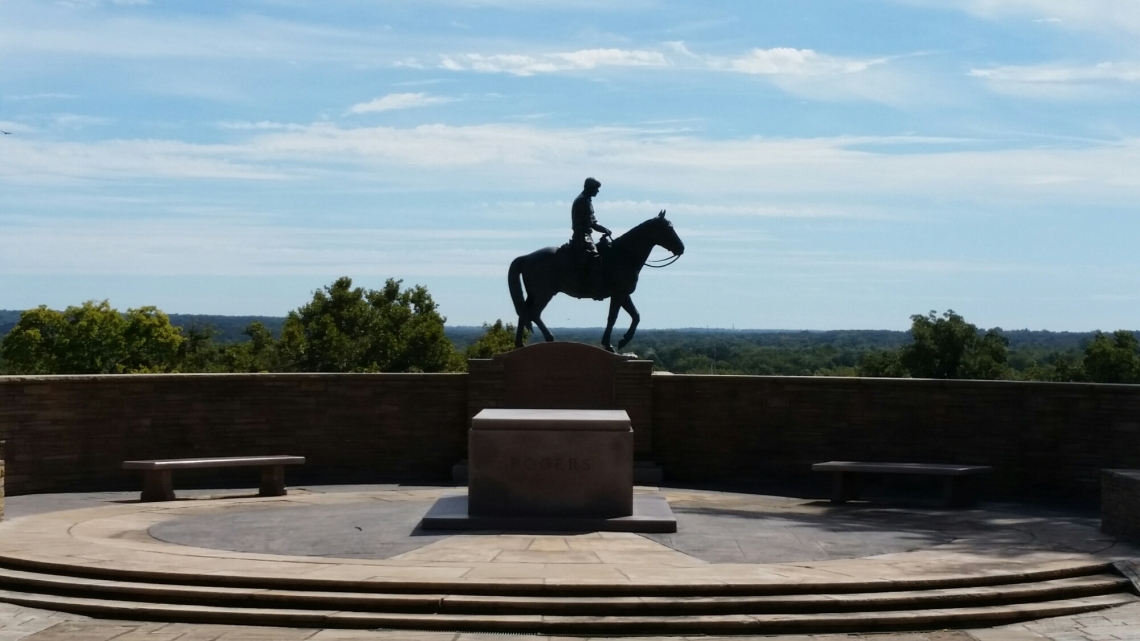 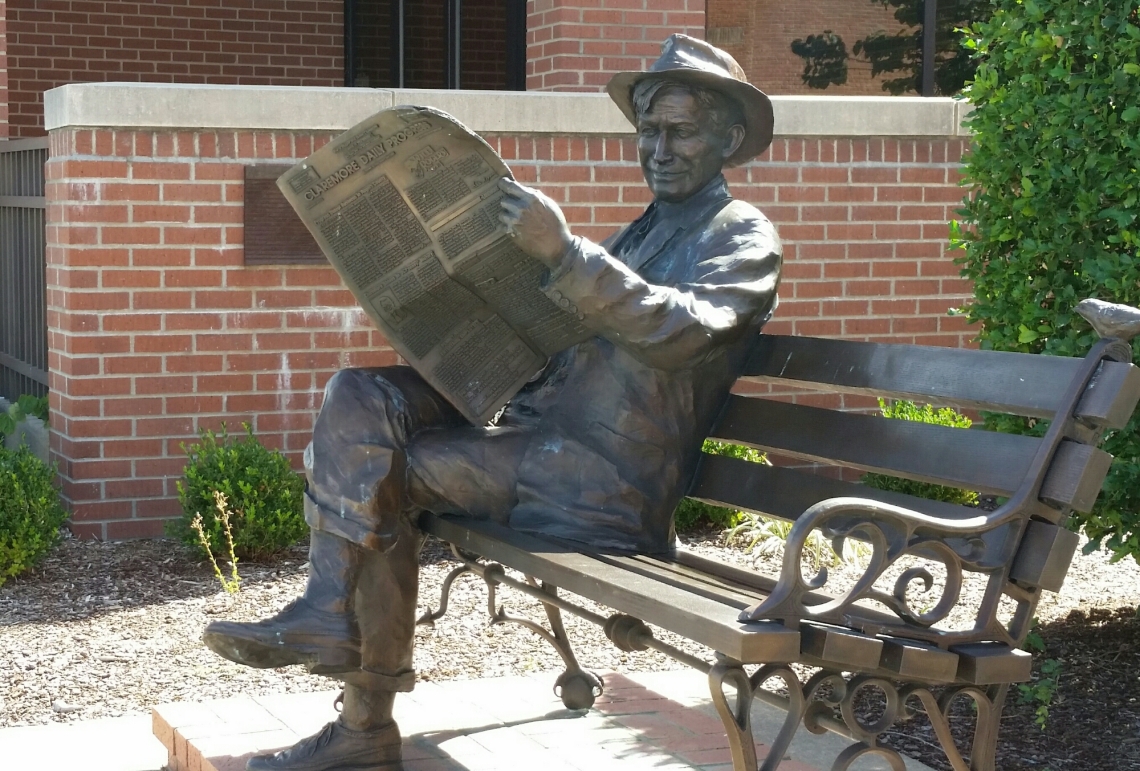 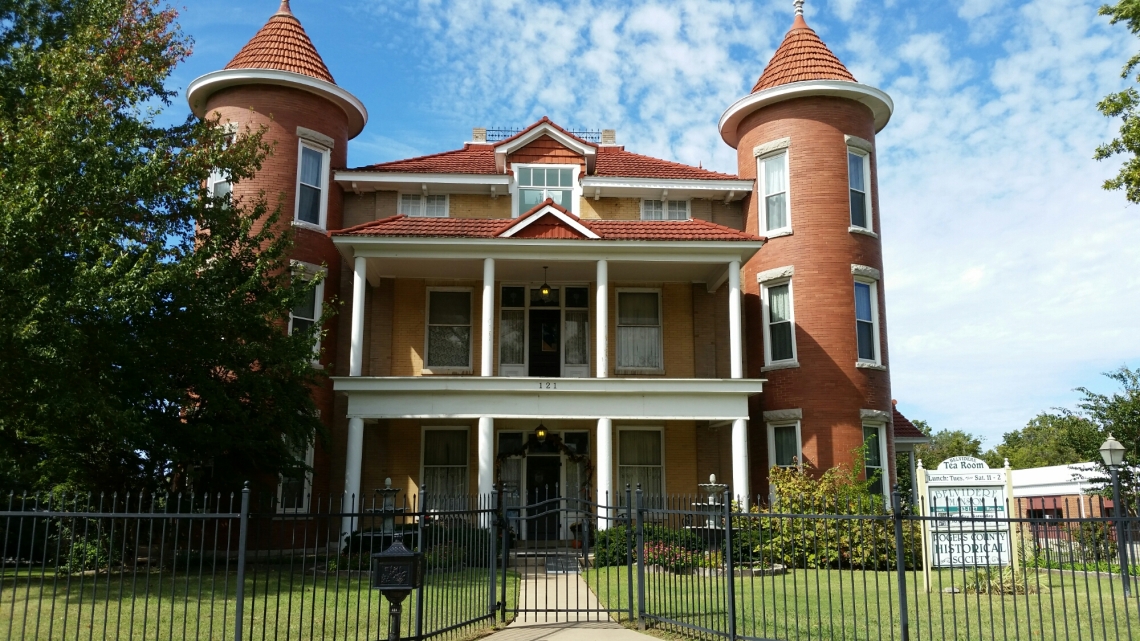 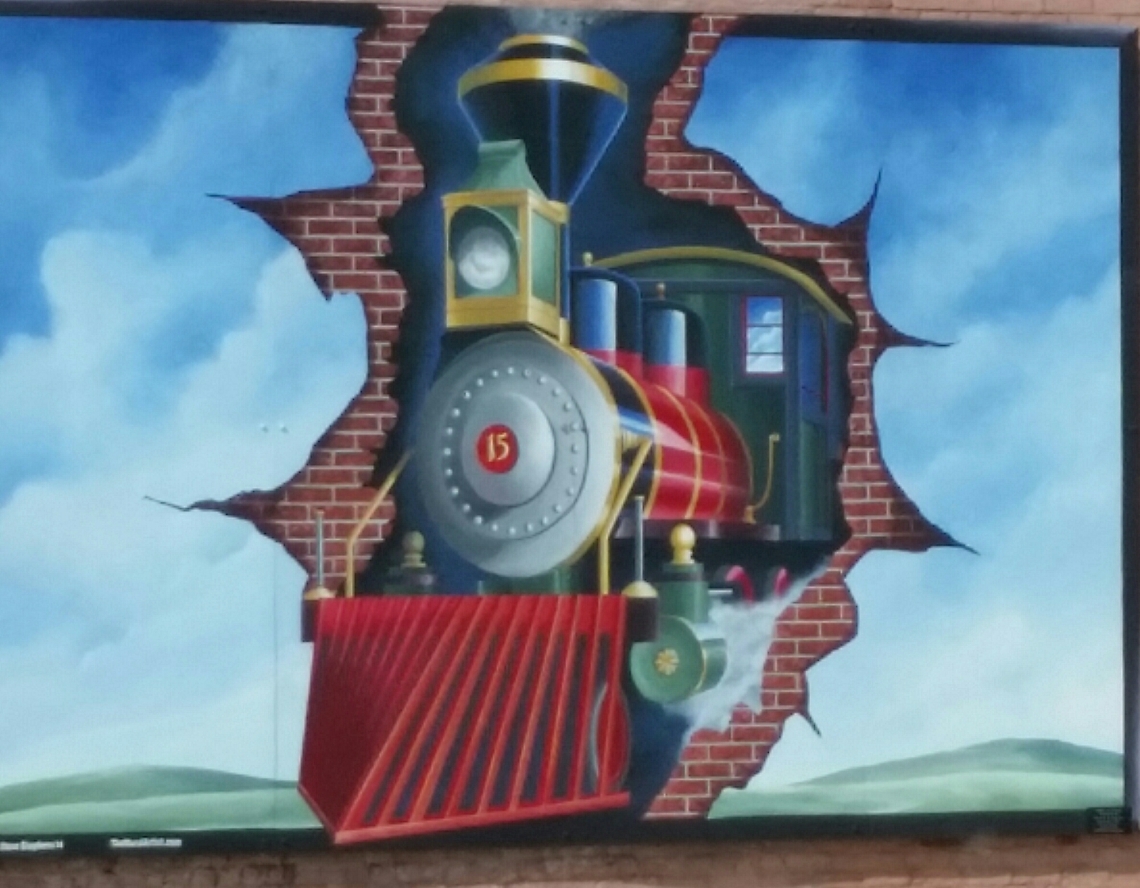 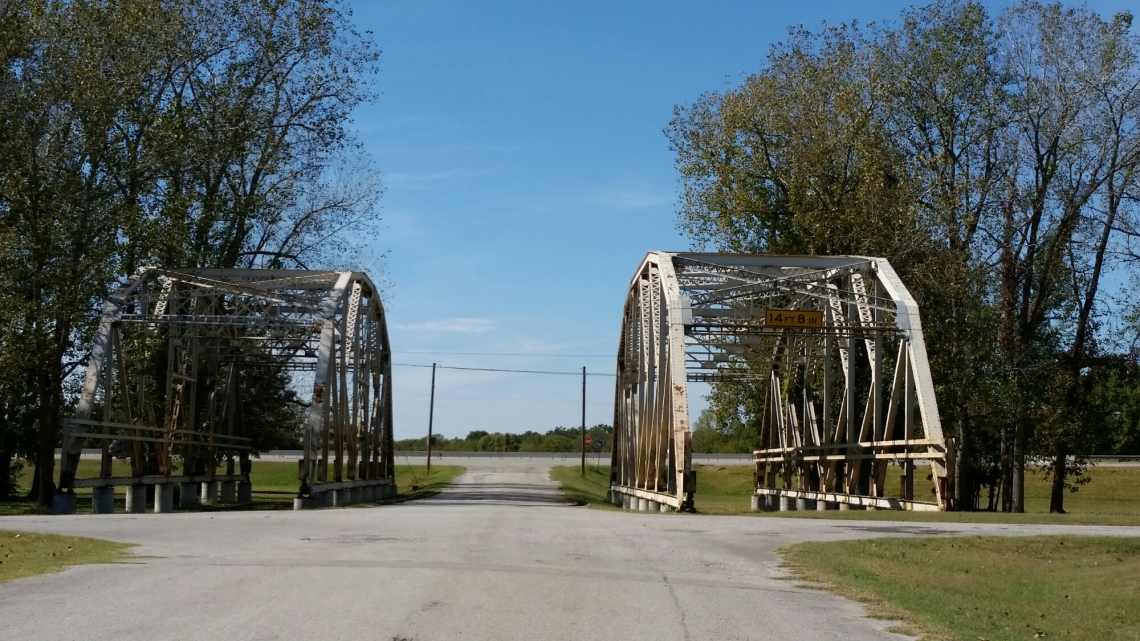 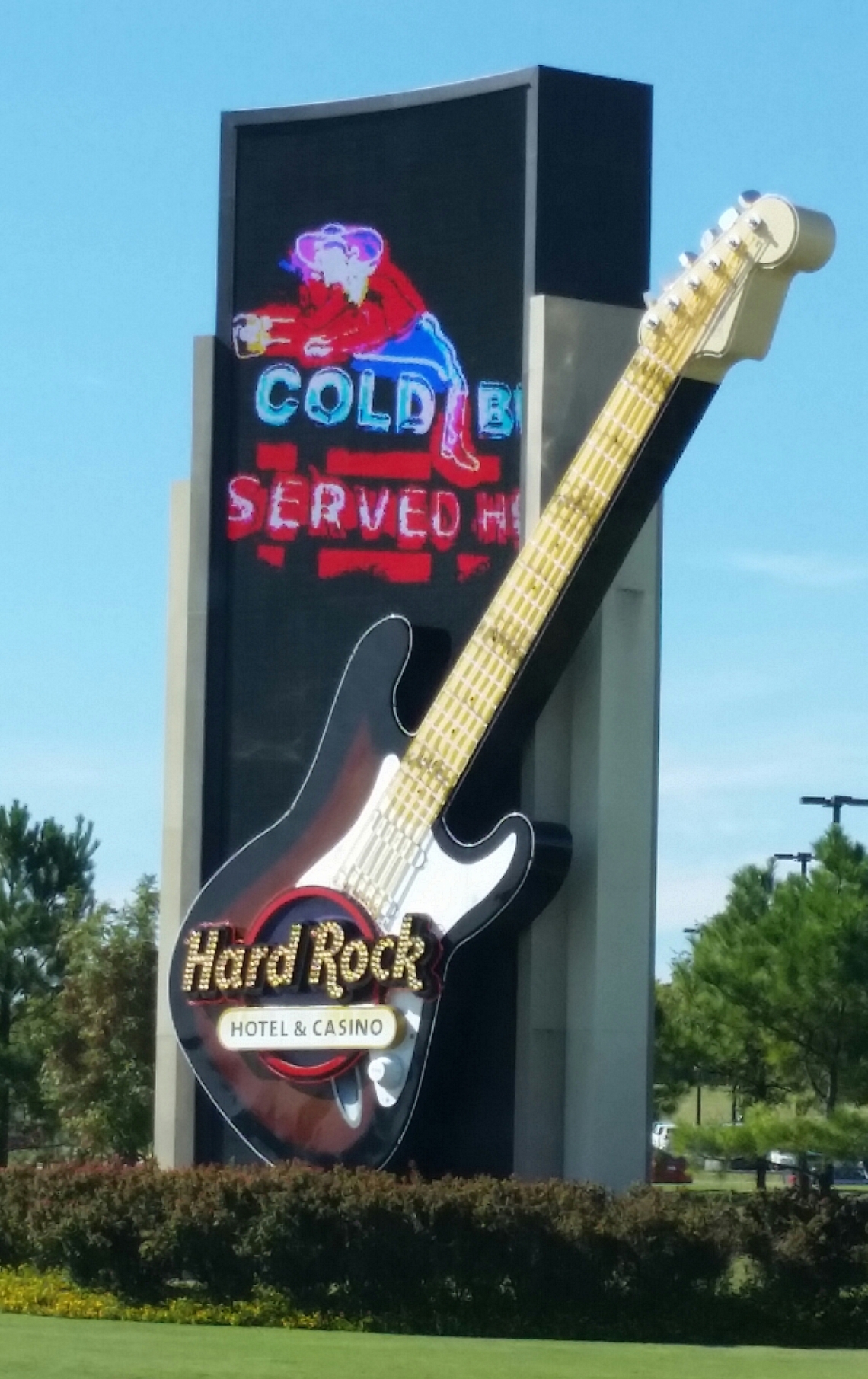 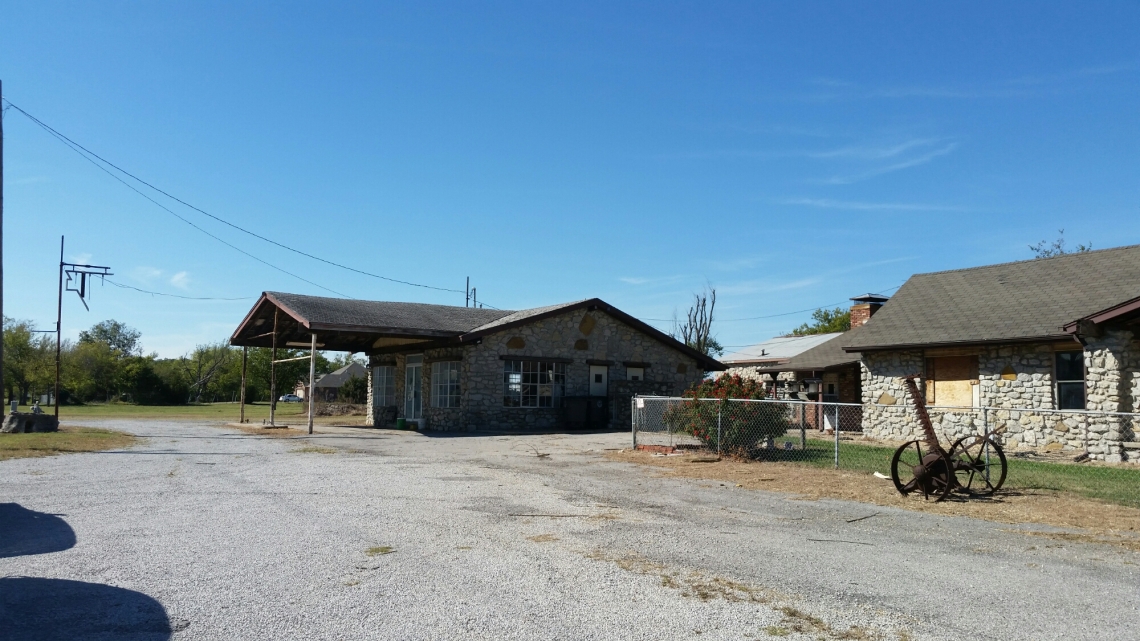 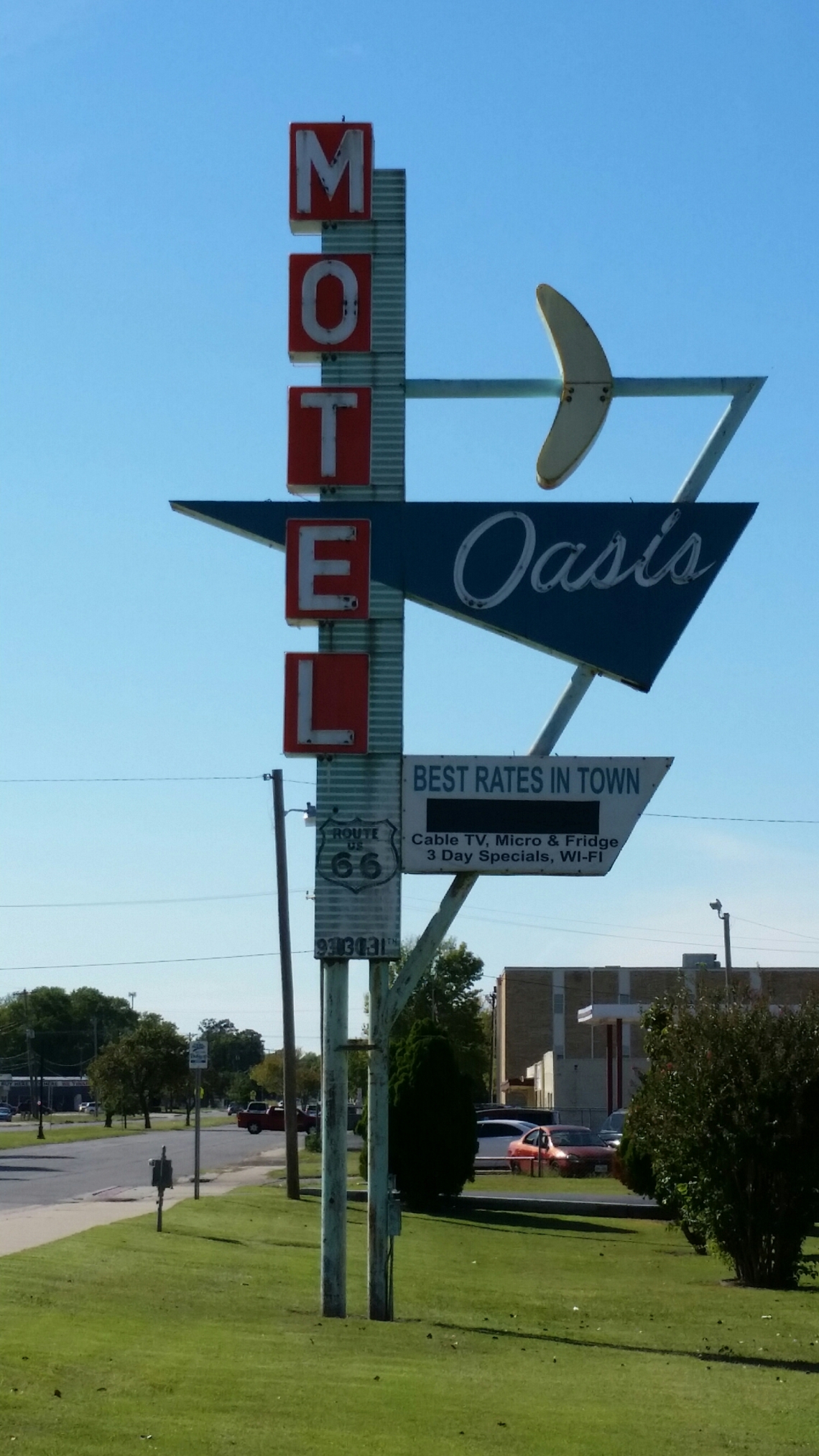 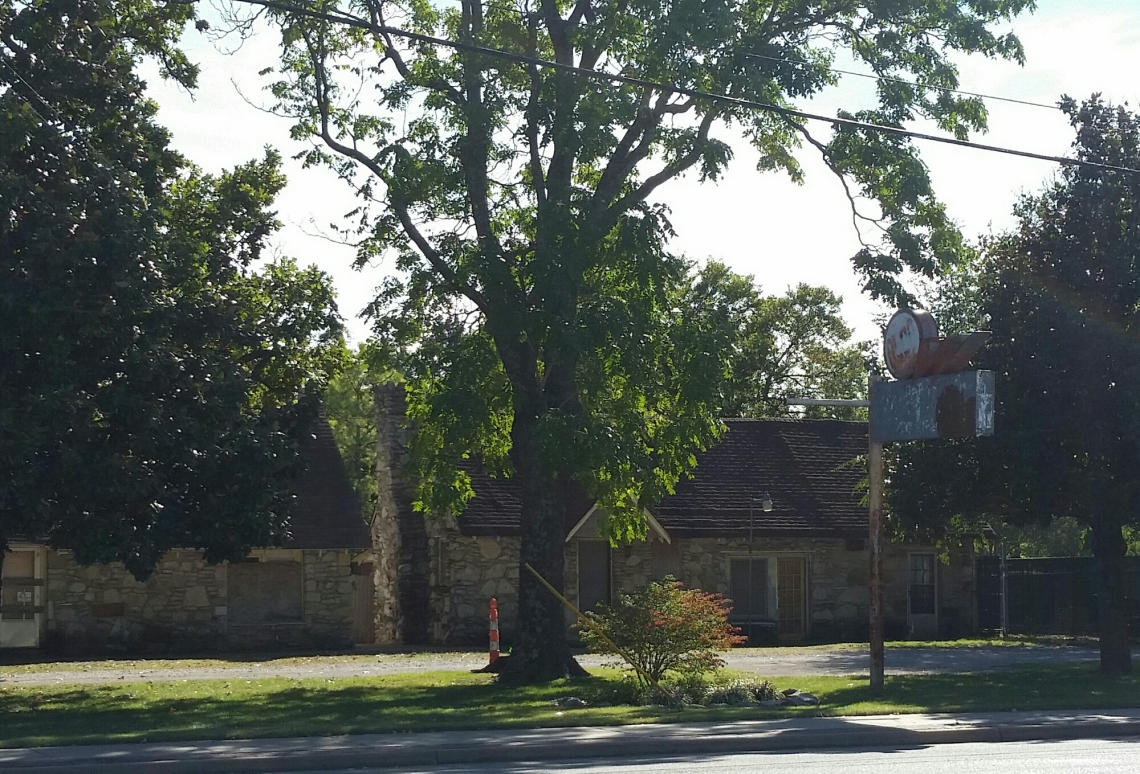 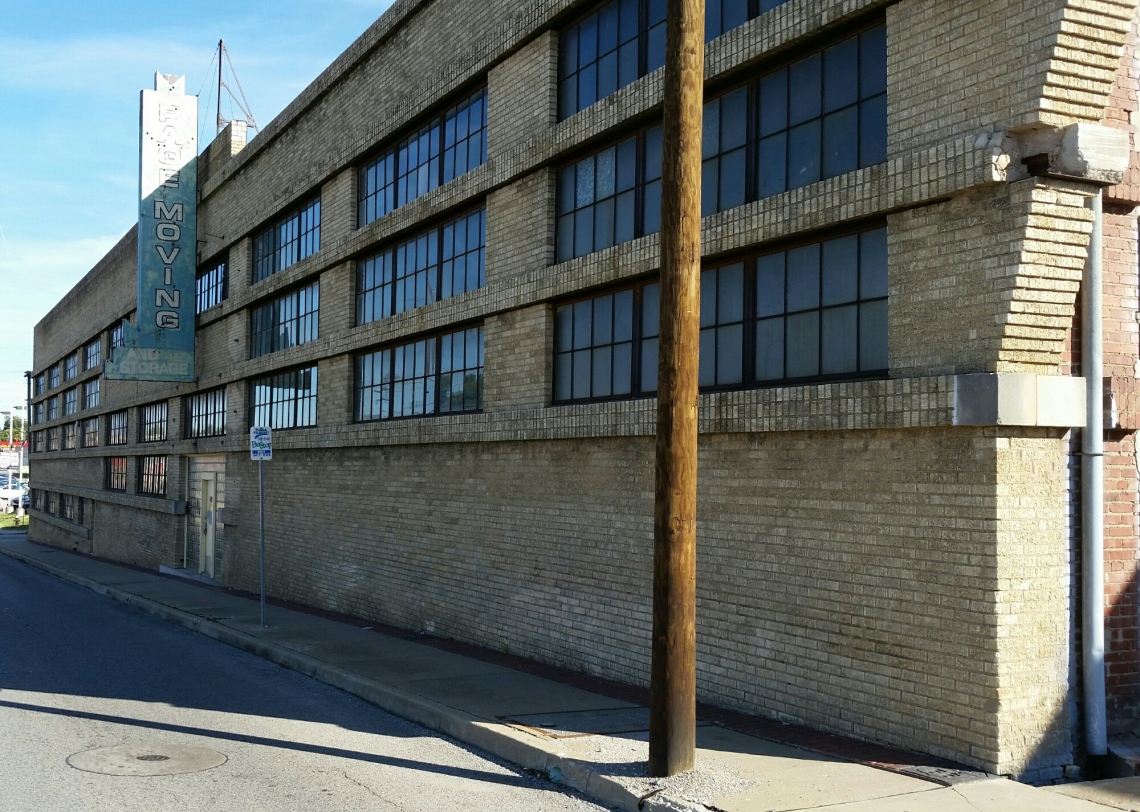 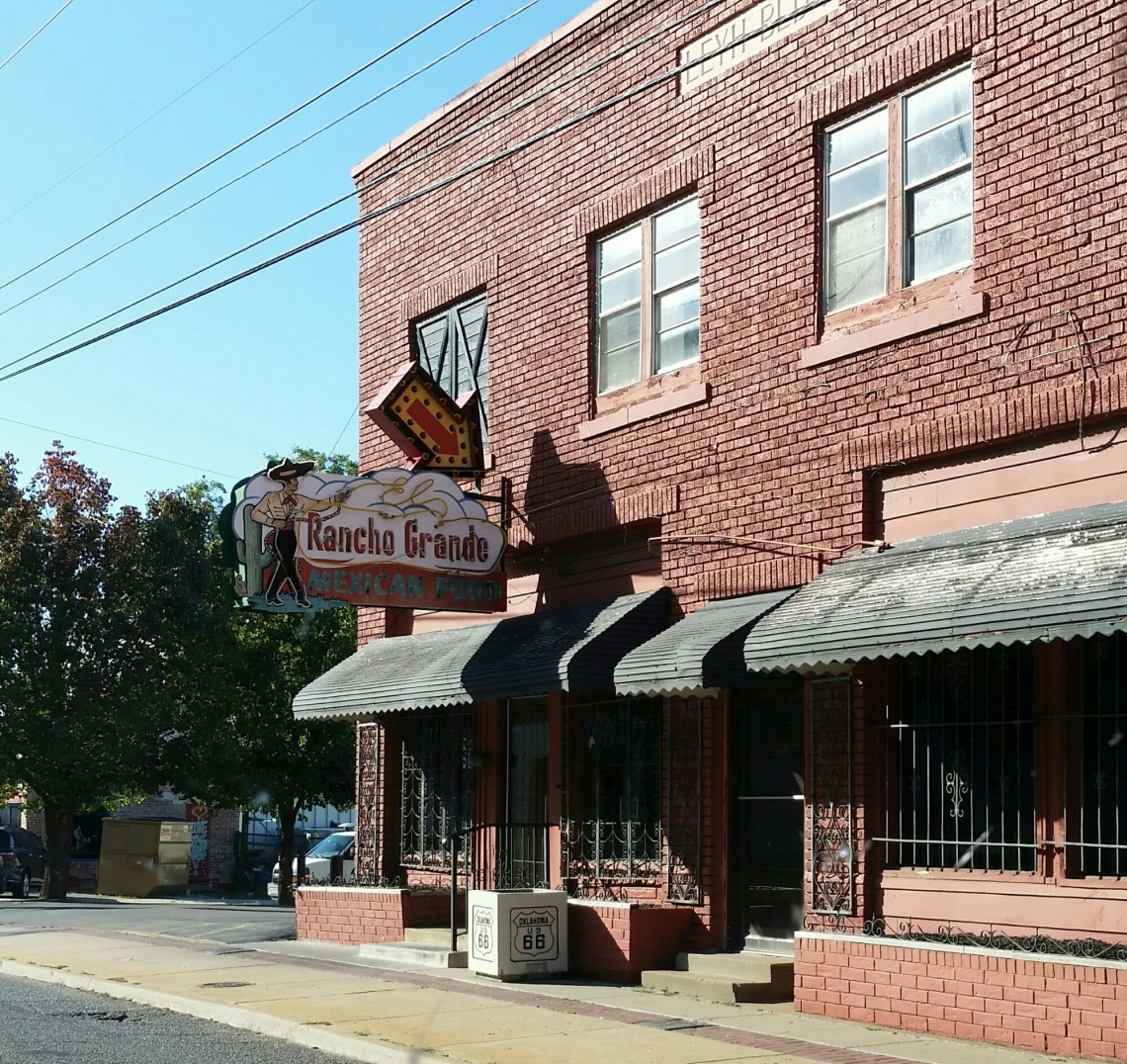 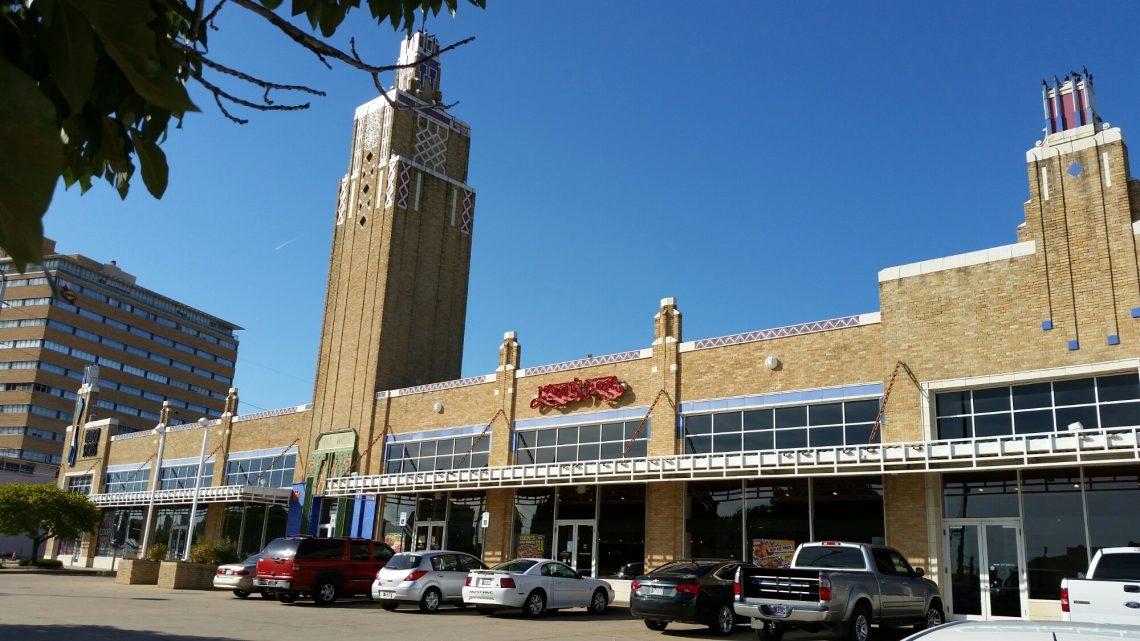