Three states in one day!  Missouri, Kansas and Oklahoma.  I started my morning on the chilly side.  It was 47 degrees when I woke up this morning.  I really didn’t go that far today,  I took time and went on some excursions.

I drove through hills and fields for a bit and tried to find remnants of history.  I did find some old gas pumps in an empty field and then I found my first ghost town!   I traveled into Halltown and stopped at the Whitehall Mercantile and listened while Dr. White told me some stories about he and his late wife’s travels when they were younger.  Such a sweet ole man, I could have listened all day.

I drove through several small towns today that were basically crossroads. One such crossroad was Paris Springs where I stopped at the Gay Parity Sinclair Station and took some pictures (imagine that!) and met some nice people from Germany.

As I traveled today there were bits and pieces of the earlier dwellings and businesses along Route 66.  Most of theses structures were of cobblestone, as seen in some of my other pictures.  I drove over a 1923 “pony” bridge and a 1926 thru-truss bridge.

Outside of Maxville I happened across a “flying manure spreader” otherwise called the Crap Duster and opposite to that was the Kel Lake Motel.  I have read in my book that I am following (EZ66 by Jerry McClanahan) about the Red Oak II and I decided to venture out to the site.  I am very glad that I did.  Lowell Davis had a vision and in 1987 he started moving buildings to an open field and now sits a small town from the past for families to enjoy.

Driving through Carthage I passed the Boot Motel with a very unique architecture to it and a restored drive-in theatre.

In Webb City downtown is the Bradbury Bishop Deli and driving down to Miner’s Park there are giant praying hands on a hilltop.  I met Max and Chris Spencer, locals to the area and we chatted about campers and camping and wine tours and where the closest laundromat was! They were very helpful in helping me find one nearby so I could do some laundry.

Joplin Missouri hometown of Jamie McMurray,  driver of the 1 car in the NASCAR series and actor Dennis Weaver.  There was a beatiful Mural downtown and heading out of town I visited the Joplin Museum Complex.  There are six different museums in the complex to include a cookie cutter and a circus section.  Frannie Lou even got to go into the pet friendly facility and meet Percy the Cat!

My travel through Kansas was only about 15 miles long. Old trains, old cars and old filling stations were among the sites of Galena along with a Will Rogers Hwy marker.

I stopped at the Nelson Grocery and Deli and had a sandwich while I took in the history of this 1925 building with its embossed tile ceilings.  Then down the road to the Rainbow Bridge, the last of three “Marsh Arch” bridges that once we’re on Route 66.

I had pulled off the side of the road to try to figure out where the “Field of Dreams” was located when a pickup truck stopped in front of me and the man asked if I was lost!  I replied “No” and told him what I was looking for and he said “Follow me and I will get you lots of information on Route 66 and even tell you how to get your book autographed by Jerry himself”.  I found the “Field of Dreams” and soon we were in Baxter Springs and he had the key to the 1930s era Phillips 66 Station & Visitor Station. What a great fellow!  He gave me some really good information, told me the best places to see along Route 66 and told me to tell his girlfriends and his crazy brother he said hello when I got to their locations.  His name is Dean Walker and he is who the  “Mater” character from the movie “Cars” inspired by.  I signed the wall and shook his hand and he gave me a souvenir bumper sticker!

And now entering my third state of Oklahoma!   Wonder if I should take my Ohio State stickers off the camper?! Some people will get my humor there! Driving now through Commerce OK home of Mickey Mantle!  There is an impressive statue of Mantle at the High School and one of the fields is named after him.  I drove past his childhood home, I was so humbled at that moment and when you see the picture you will be also.  It is so inspiring to see where great people started from.

So, it’s late and getting dark BUT I did get my First neon sign lit up at Waylan’s Ku Ku Burger!  Lights out and good night! 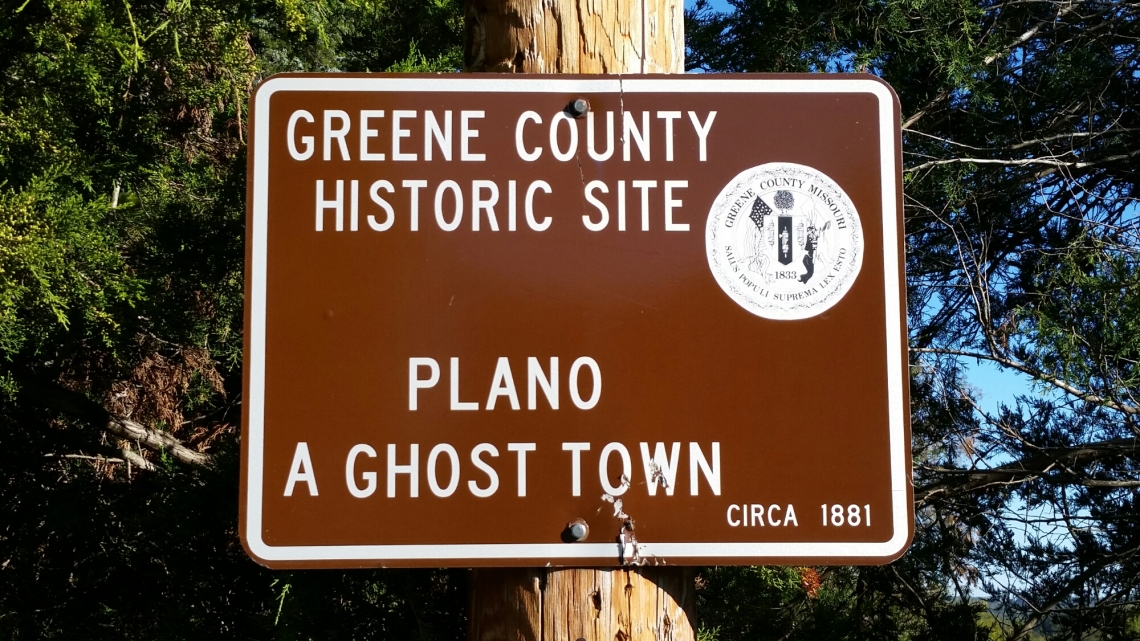 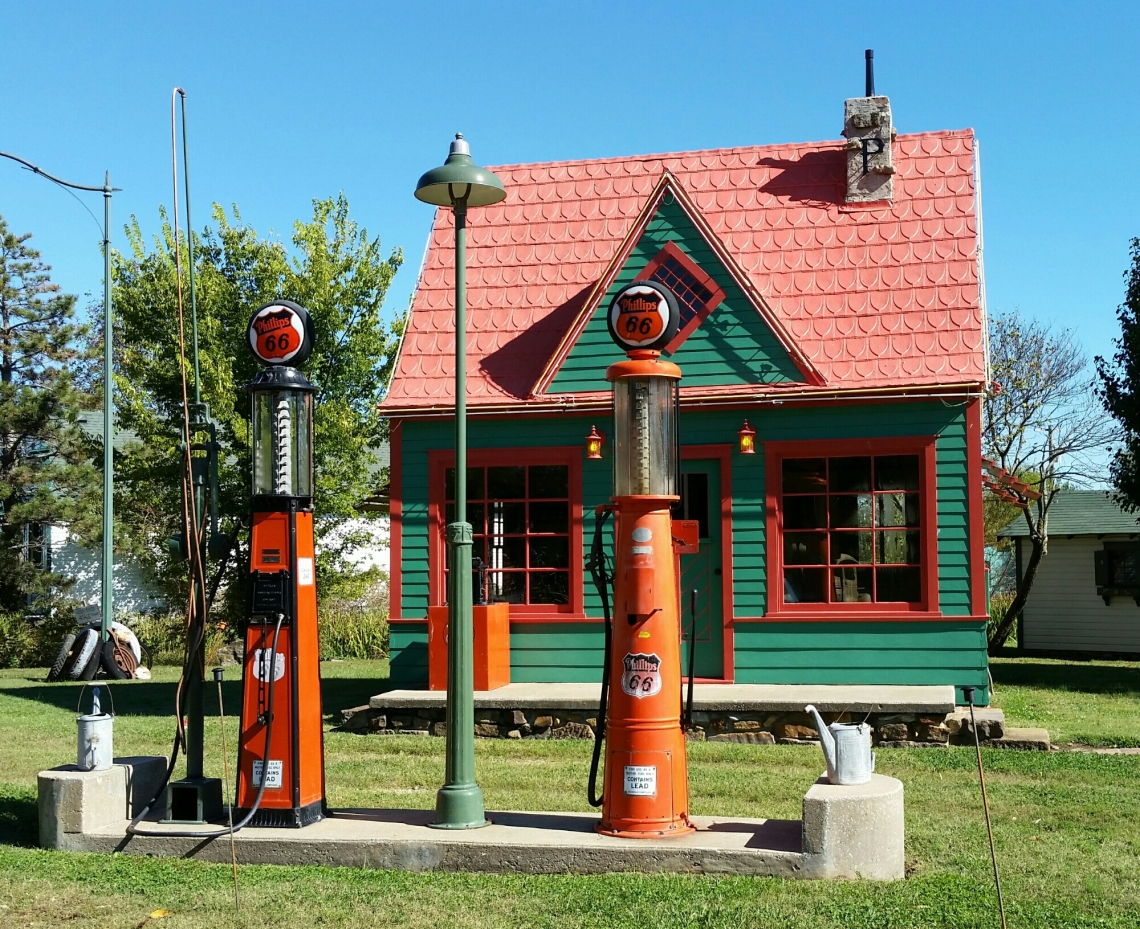 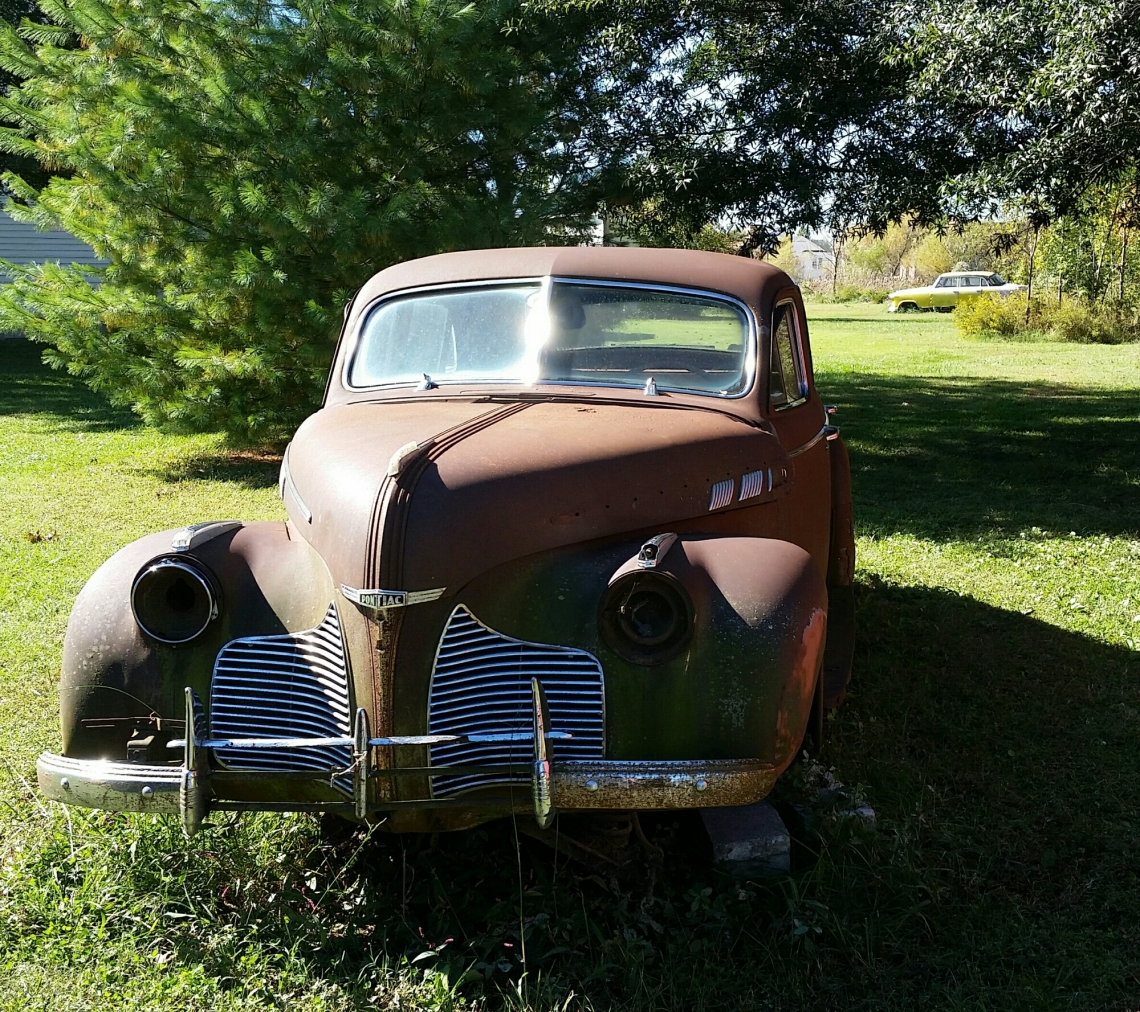 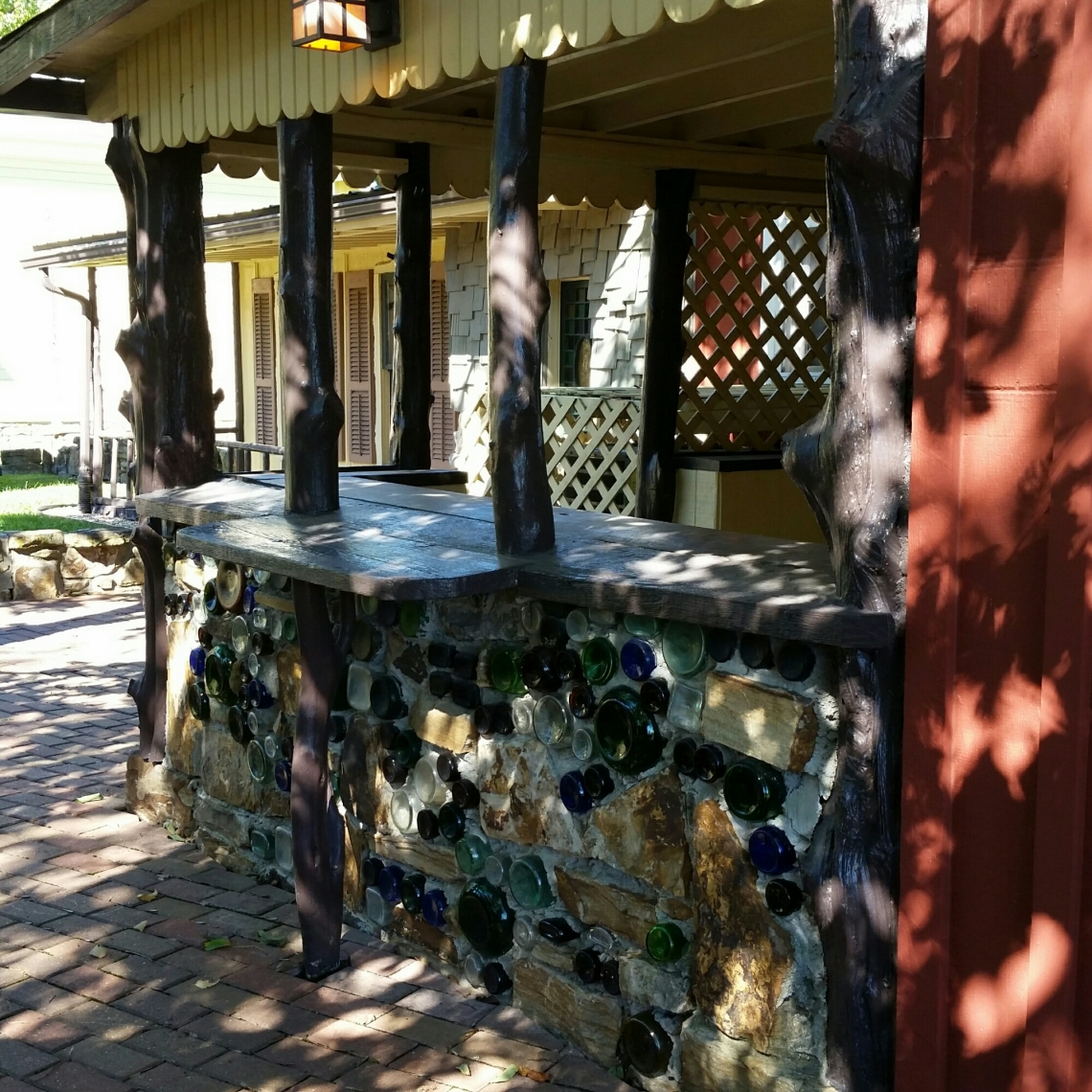 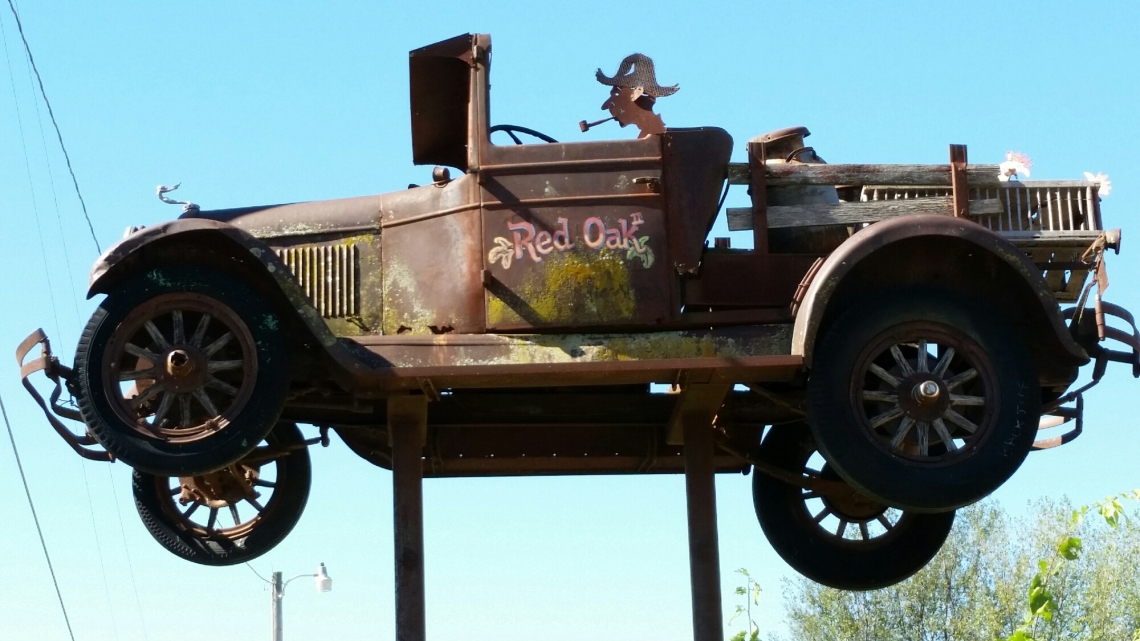 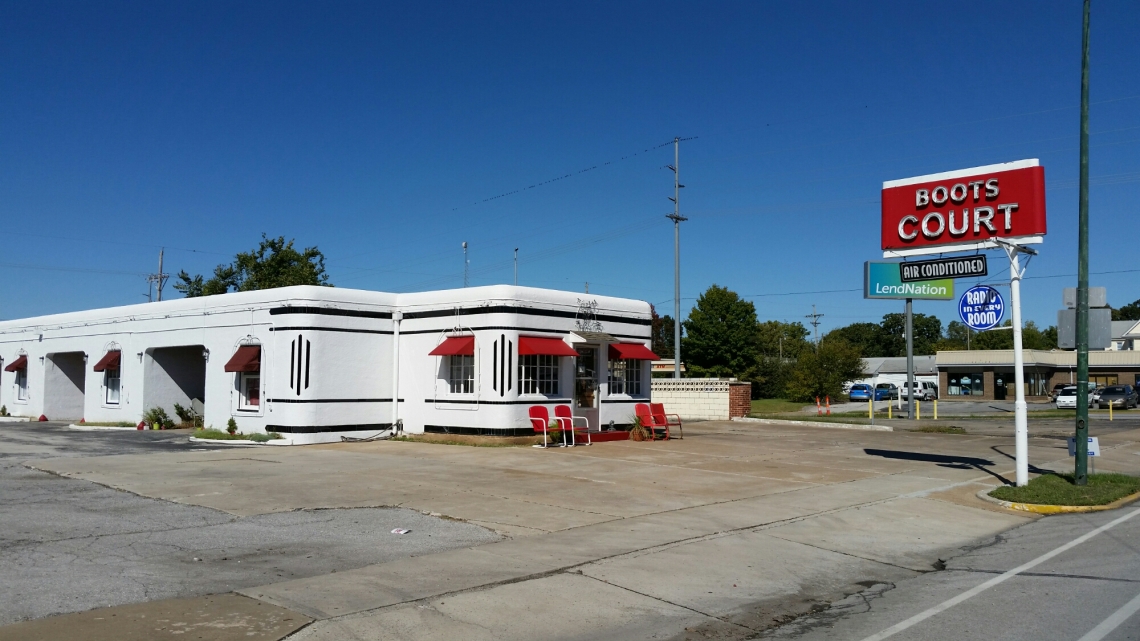 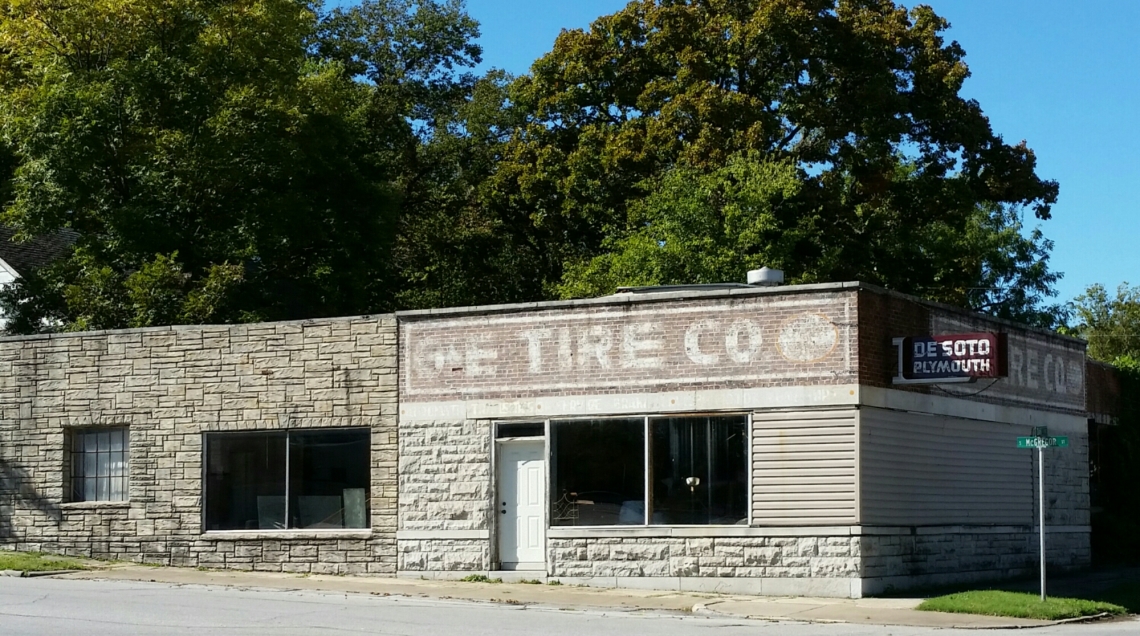 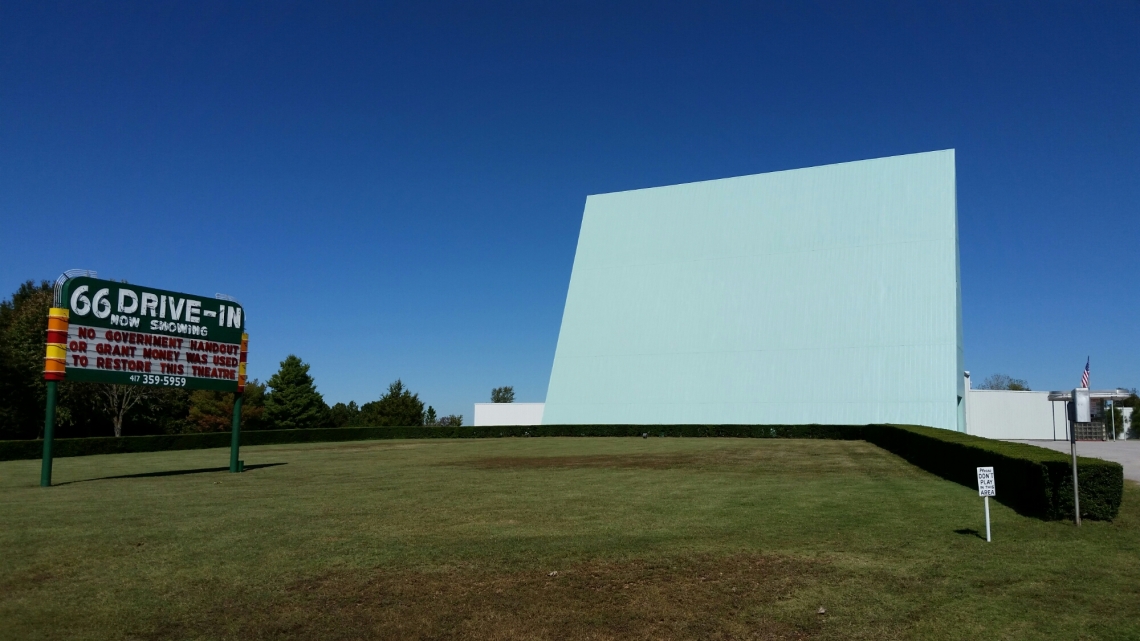 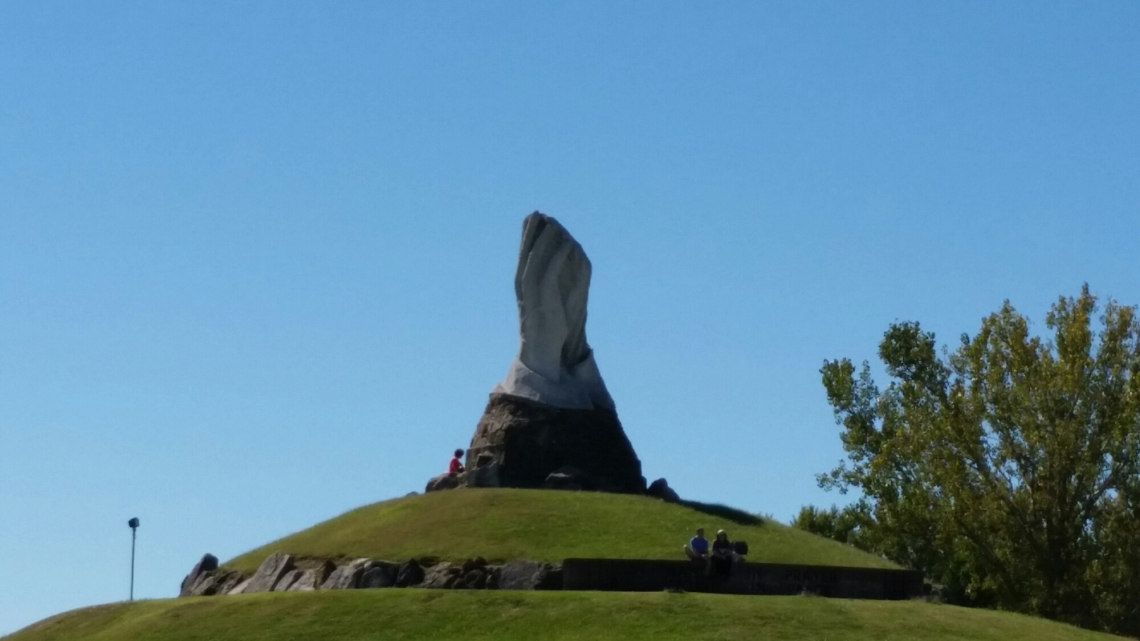 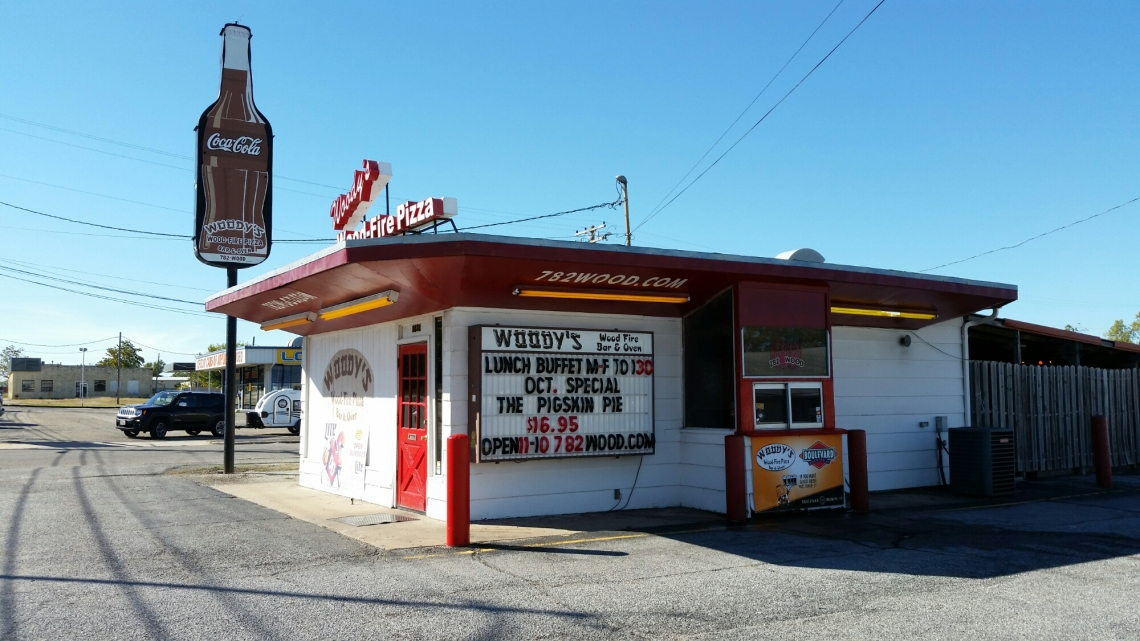 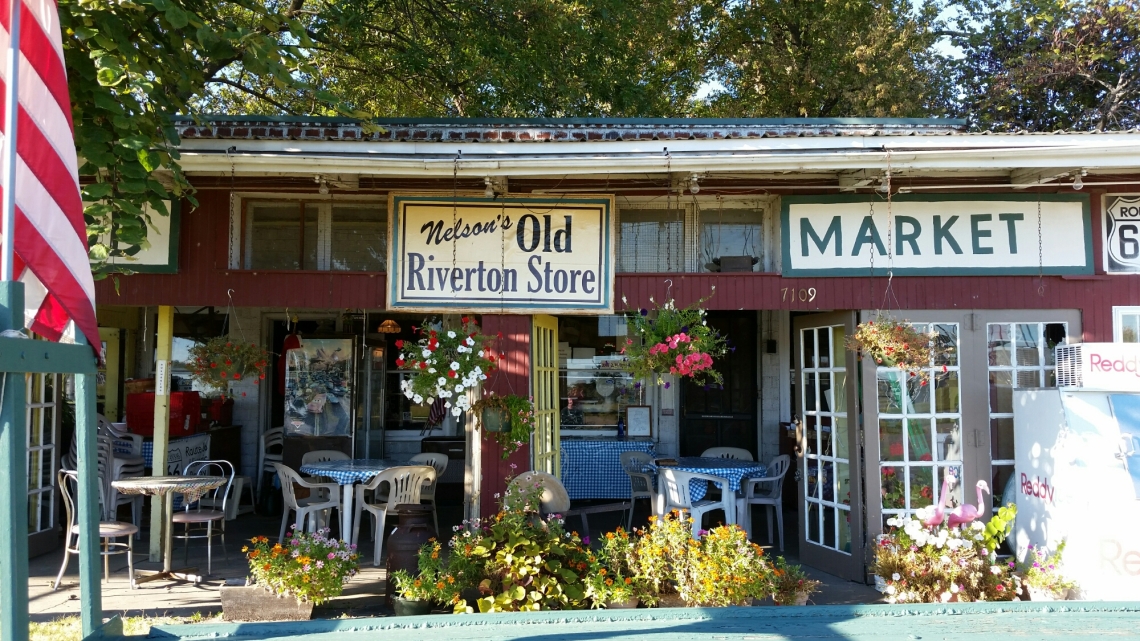 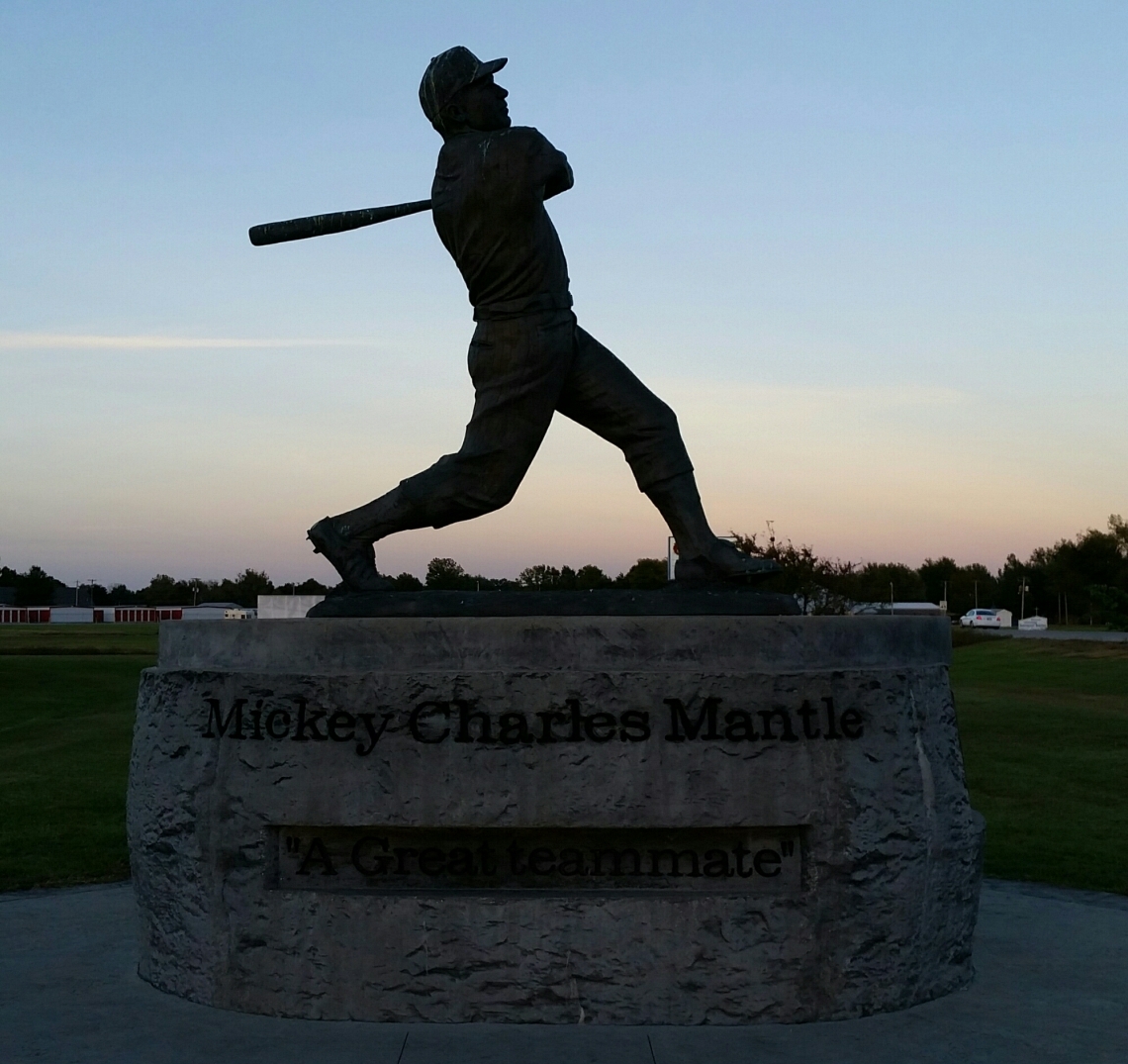 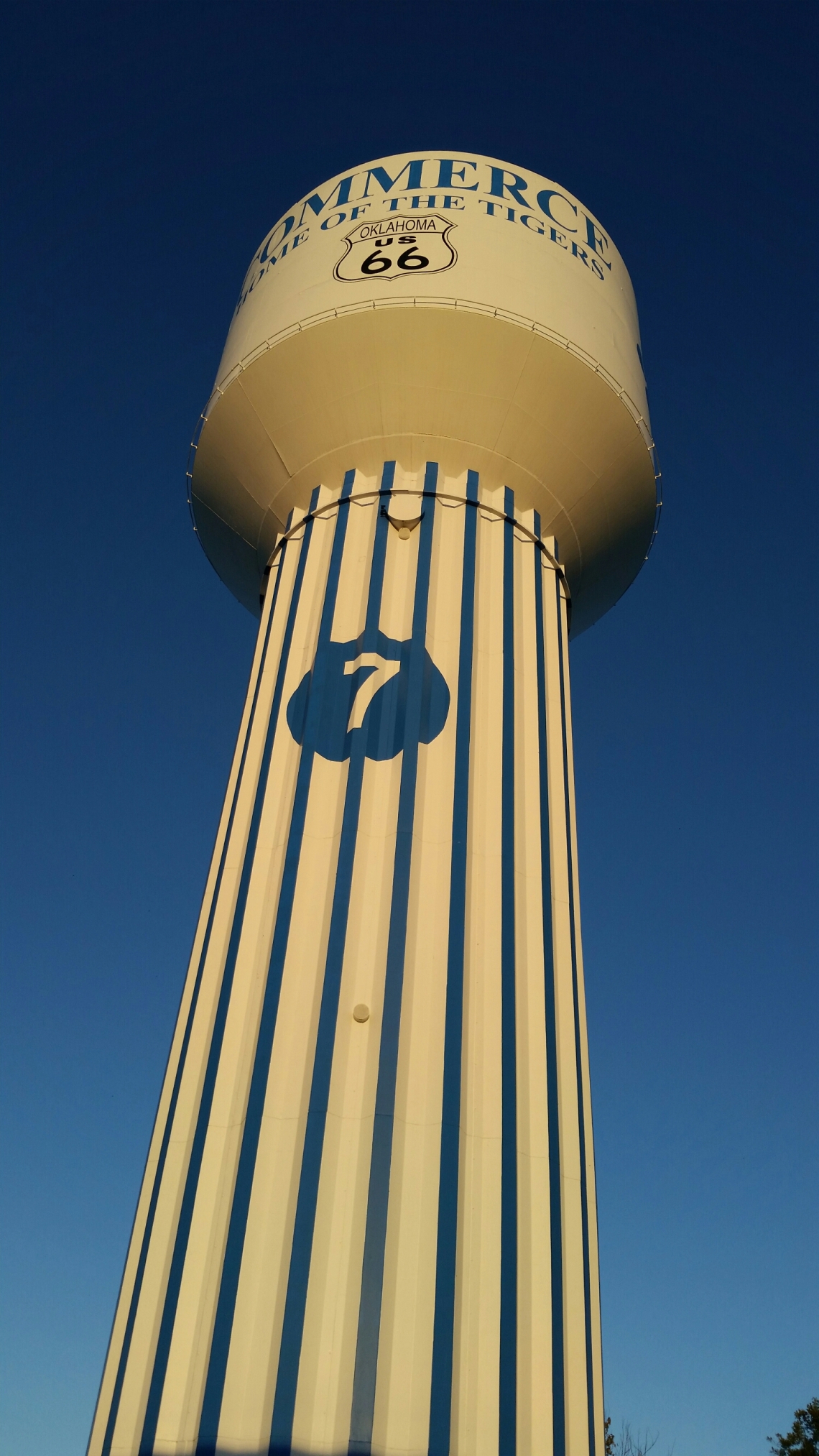