I started today in Pontiac IL. I was up early so I got some coffee and waited patiently for the Route 66 Hall of Fame and the War Museum to open . While I was waiting I walked around the town square and took pictures of all beautiful painted walls of buildings.   OPEN! as I entered the building I was amazed at the memorabilia from days gone by to include Bob Waldmire’s van and bus. The building also houses the War Museum which is over the top!  It is manned by veterans and I had the pleasure of speaking with Jim who was very knowledgeable and friendly.  Jim told me about all the memorabilia from World War I, World War II, the Korean War, the Vietnam War you name it he knew it. There were uniforms that were donated from veterans in the vicinity of Pontiac. I didn’t get a chance to take any pictures there because I received the royal treatment tour!  I would highly recommend anyone that’s in the area to take the trip to Pontiac to visit and meet these wonderful men that volunteer their time. After I left the War Museum I went down to the Old City Hall Shoppes where I met Nancy, who works in the gift shop. What a delightfully friendly lady! We chatted for some time.

Also when I was in Pontiac I stumbled across a swinging bridge and an old city jail. If you look closely in the one picture of the swinging bridge you can see my sidekick Franny Lou coming back across after chasing a squirrel.

As I drove along the historic Route 66 at 50 mile an hour and the windows down on a nice sunny day, I did pass several small towns that Route 66 does not travel through, such as Chenoa and Lexington.

Next up Towanda.  This little town has a very nice walking path that furnishes “A Geographic Journey” of Route 66.  Also I found “Dead Mans Curve”!

In Normal IL outside of Bloomington there is the 1931 Sprague Super Service Station and Cafe that is being renovated. After passing the Illinois State University, I commenced on finding some historical places in Bloomington. Route 66 goes directly through Bloomington but there really aren’t any Route 66 places of interest that reflect the history of Route 66. I did go visit the David Davis Mansion but it was closed to tourists today. Did you know that they make Beer Nuts in Bloomington IL and it is where McLean Stevenson, from M*A*S*H grew up????

Outside of Bloomington headed towards McLean is Funks Grove Maple Syrup but they were “Sold Out” must be some pretty good stuff!

In McLean there is the Dixie Truckers Home from 1928 in the Dixie Travel Plaza.  Next stop Atlanta. In Atlanta I saw the Bunyon Giant and he holds a giant hot dog.   I also visited Memories which is a walk back in time.  Down a few stops was the Palm Grill Cafe but it wa Tuesday and it was closed.  Atlanta has a beautiful library with a 40 foot clock tower in front.

Lincoln IL is home to the Lincoln College Museum.   It has a very unique court house on the square.  The “Mill” is under renovation but it is a restaurant that dates back to 1929. I also saw the giant Abe Lincoln and the covered wagon there.

In Elkhart I drove through the quaint little town when I notice a sign for a historical Cemetery,  Bridge and Chapel so I went to find it and glad I did.

Through Williamsville and Sherman and finally Springfield.  President Abraham Lincoln is probably my favorite President besides John F Kennedy and Ronald Reagan. So Springfield had many points of interest for me. I visited Oak Ridge Cemetery the site of Lincoln’s tomb which also entombs his family. Down 7th Street I visited the Lincoln’s Home, it was amazing.  I also took a walk down to the Old State Capitol. As I was driving out of town I stopped at the famed Cozy Dog Drive-In and picked up the Cozy Dog!  I also visited the Route 66 Drive-In Theater and the Lauterbach Giant at Lauderbach Tire & Auto Service before calling it a day!

You just can’t believe how relaxing the drive is and taking your time to explore the history of Route 66 and America Today’s trip 166 miles. 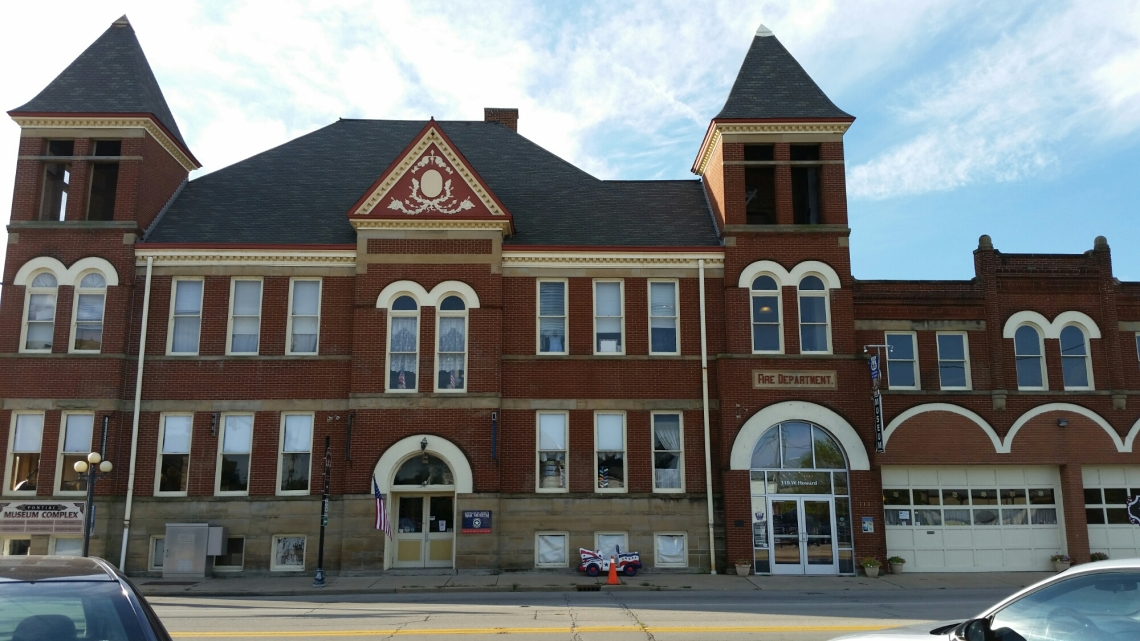 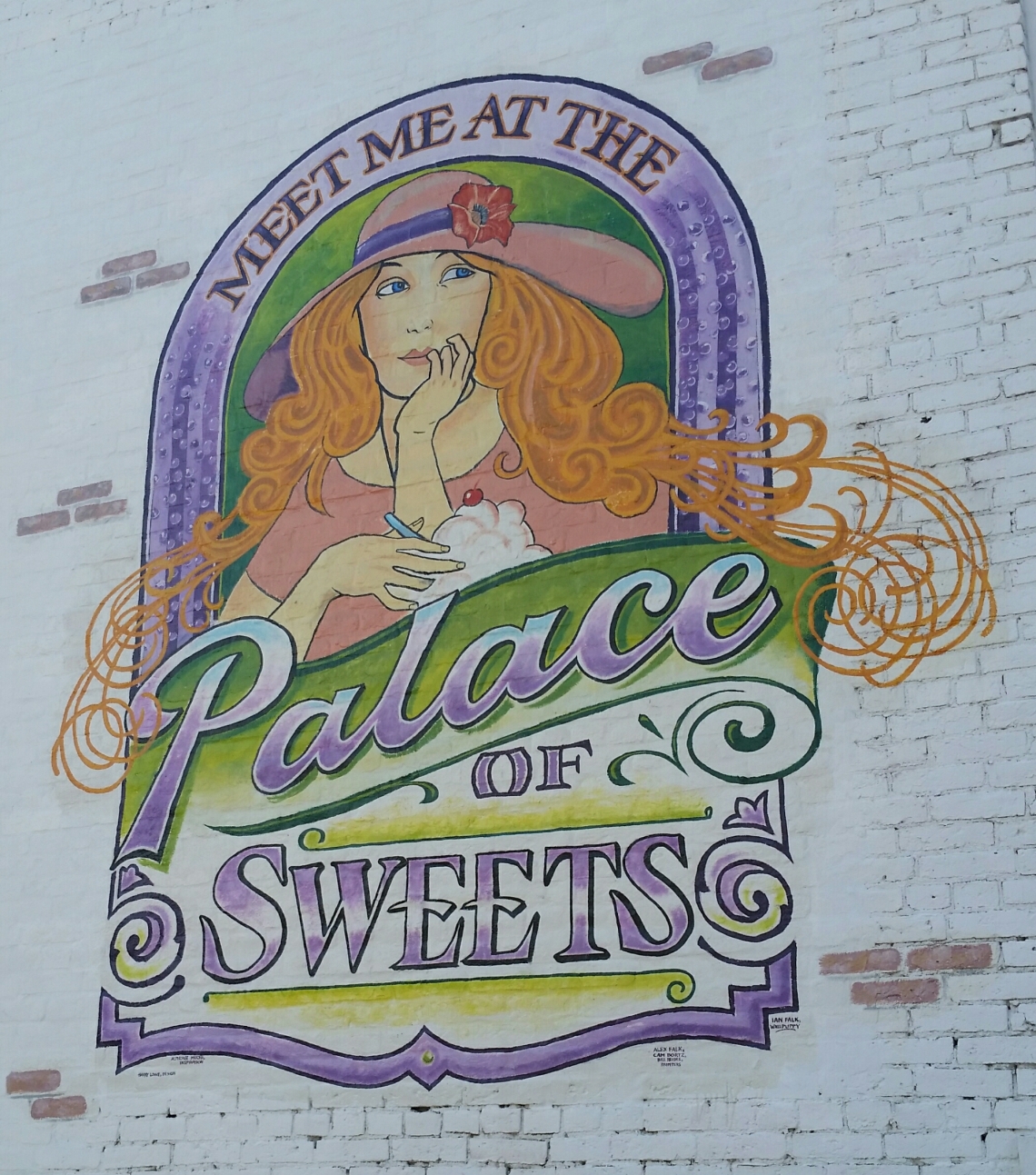 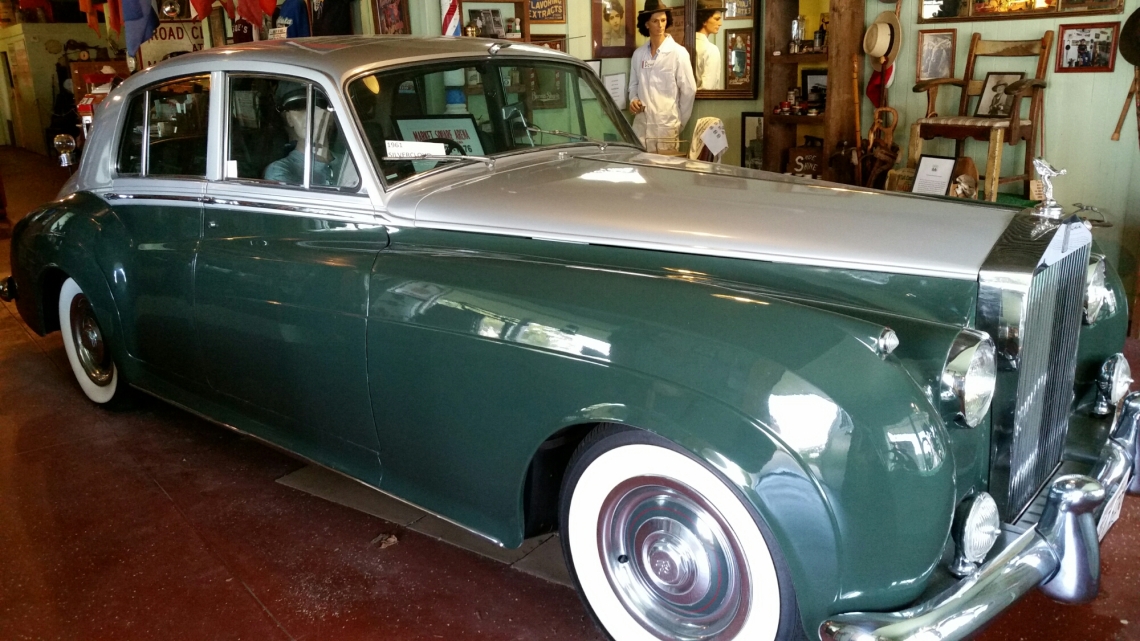 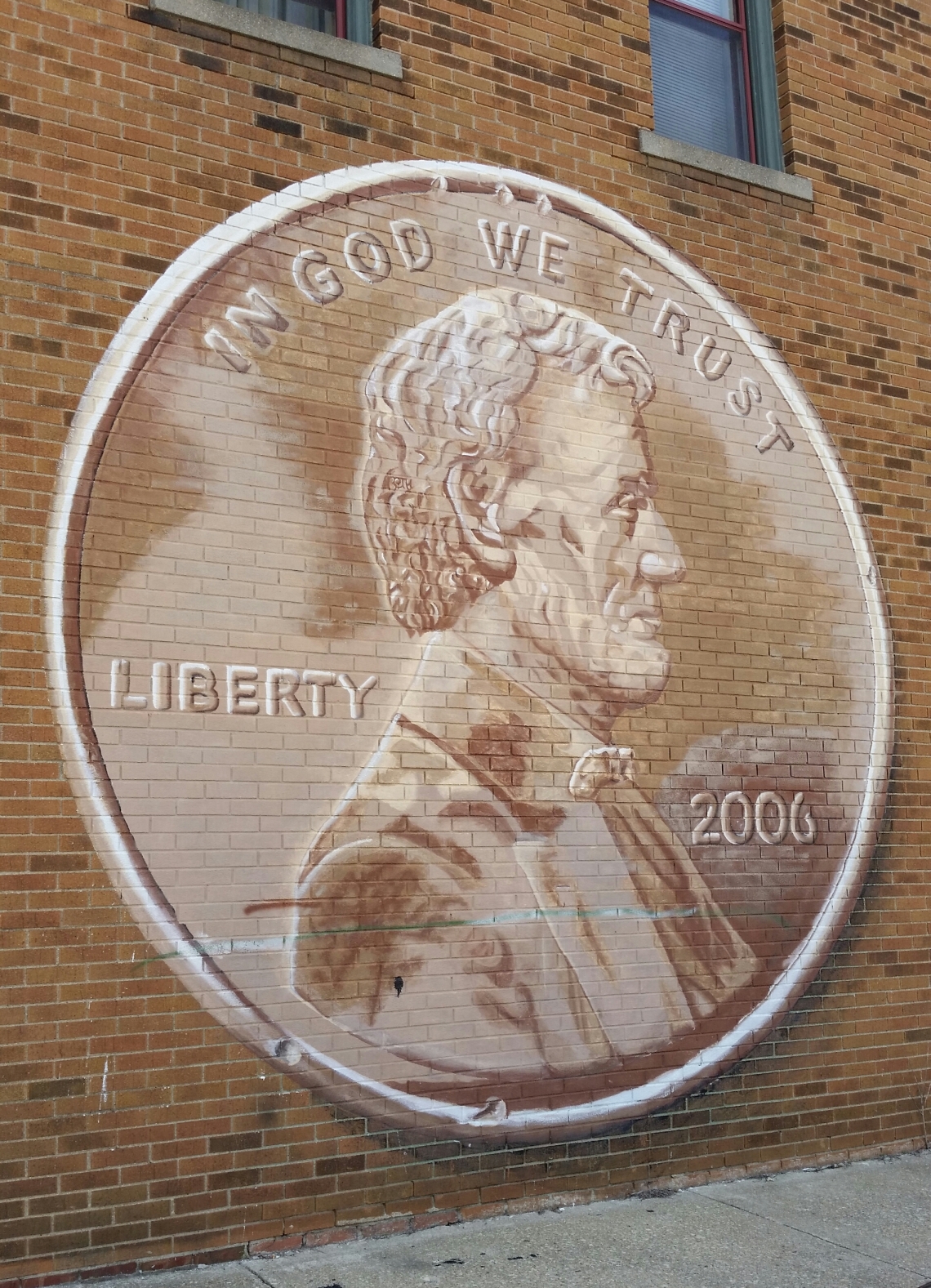 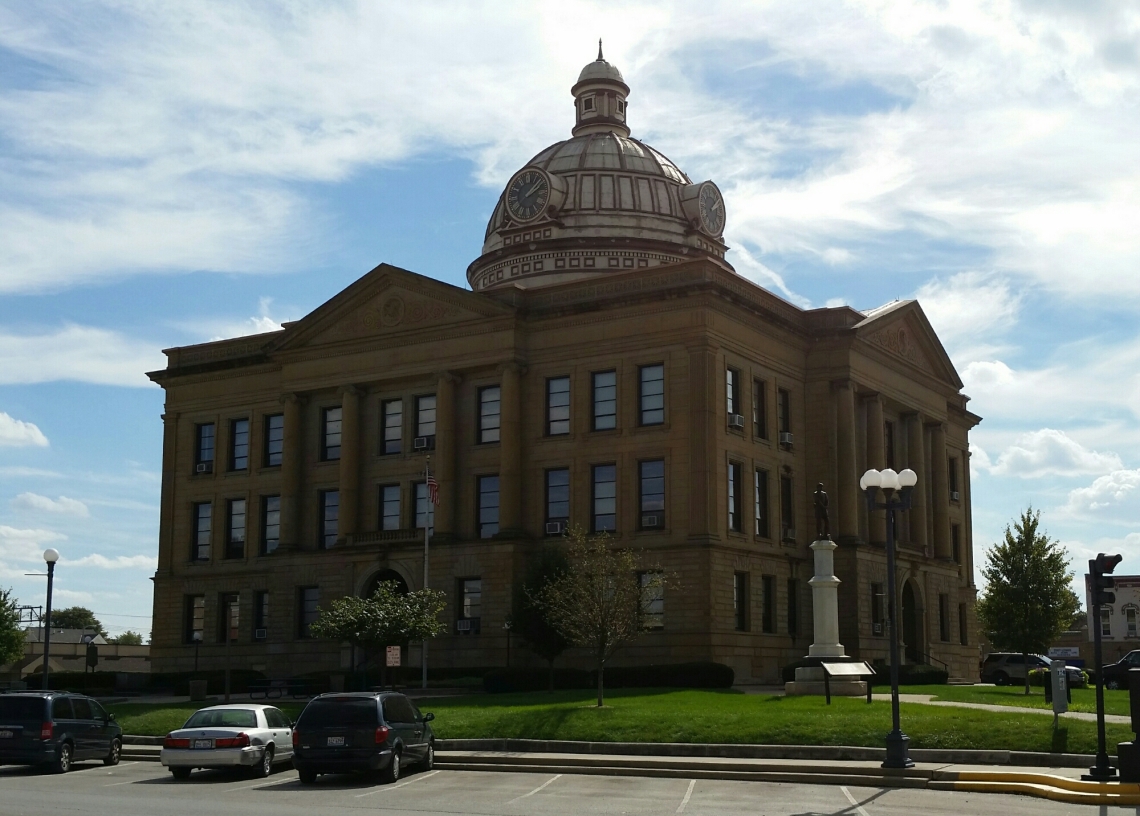 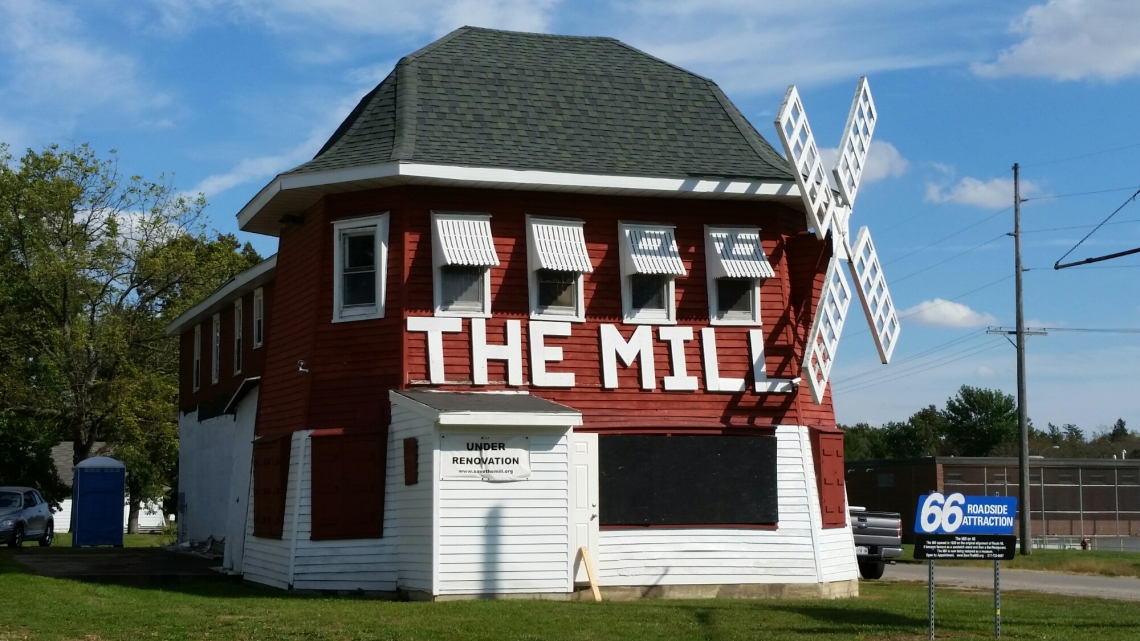 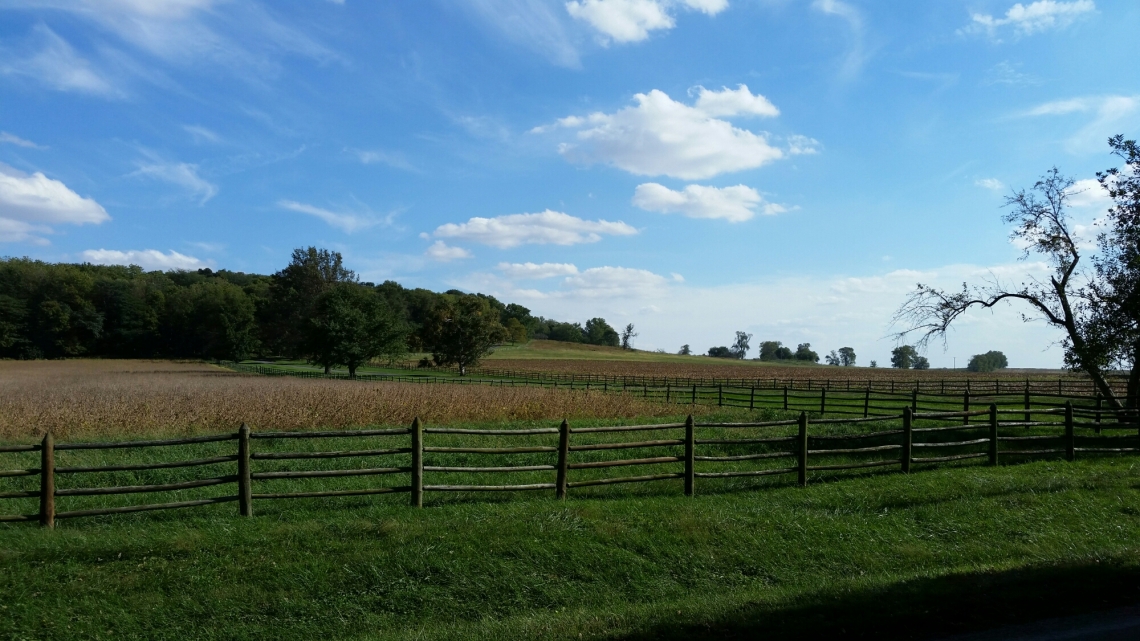 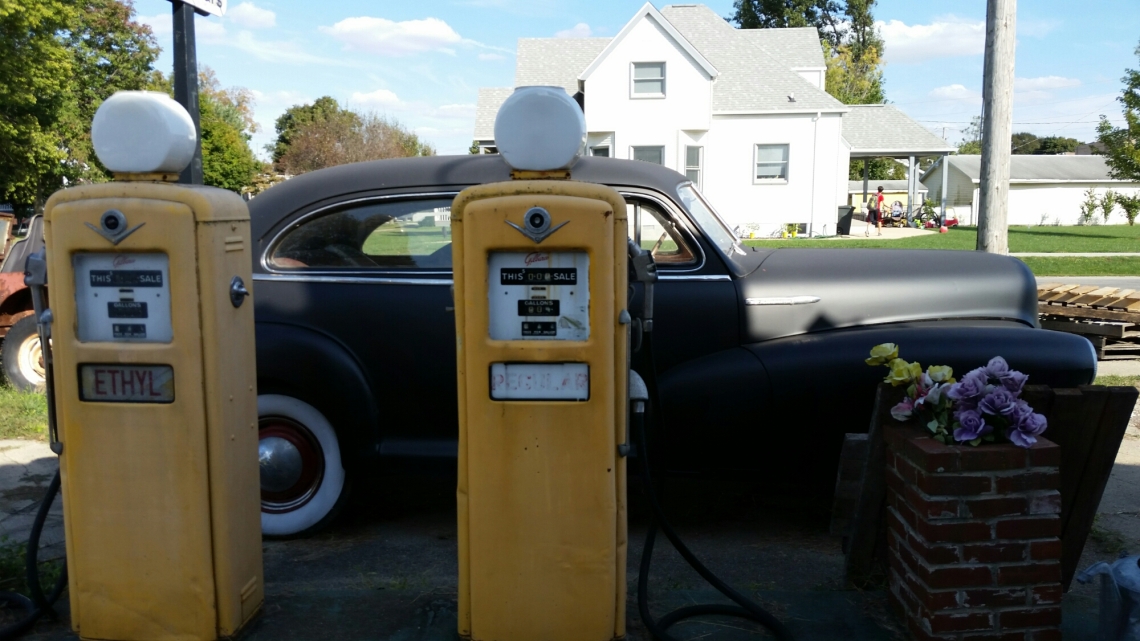 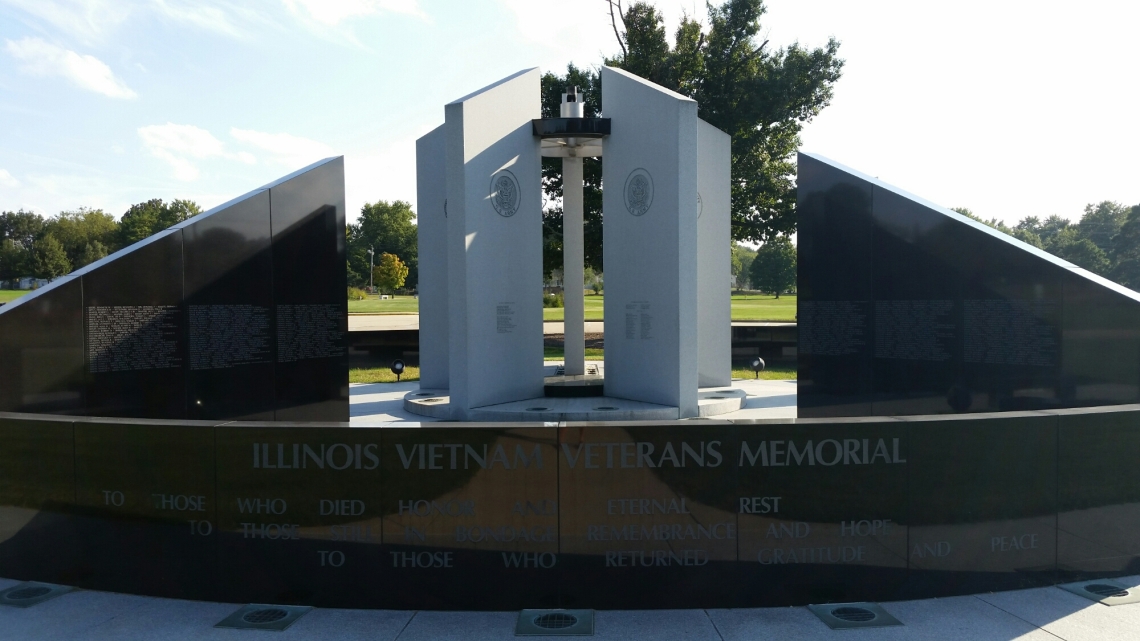 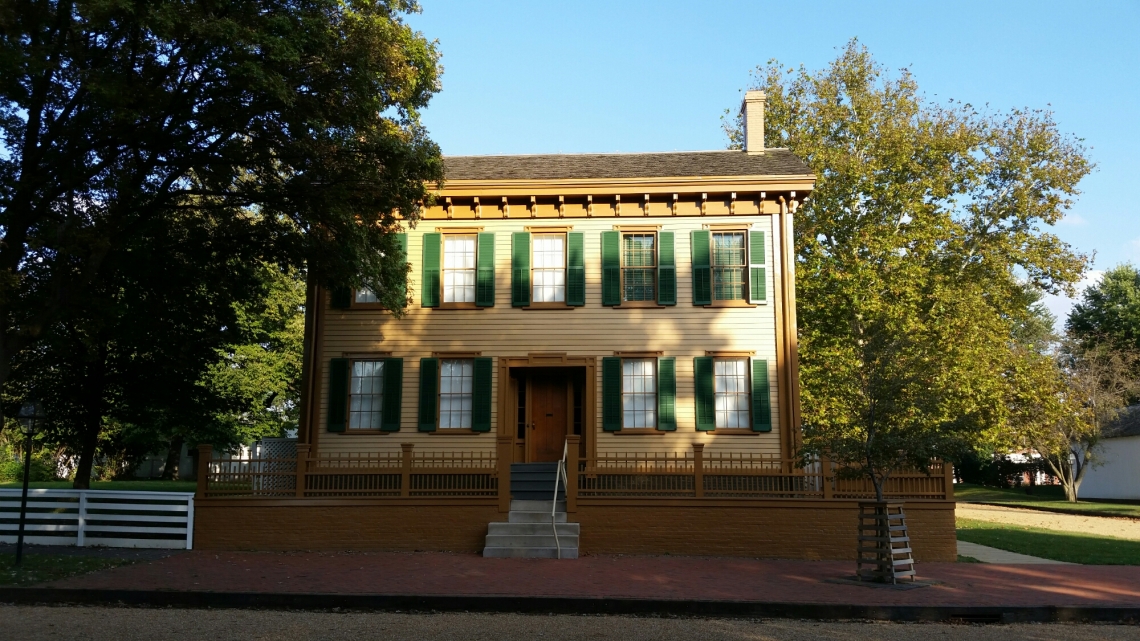 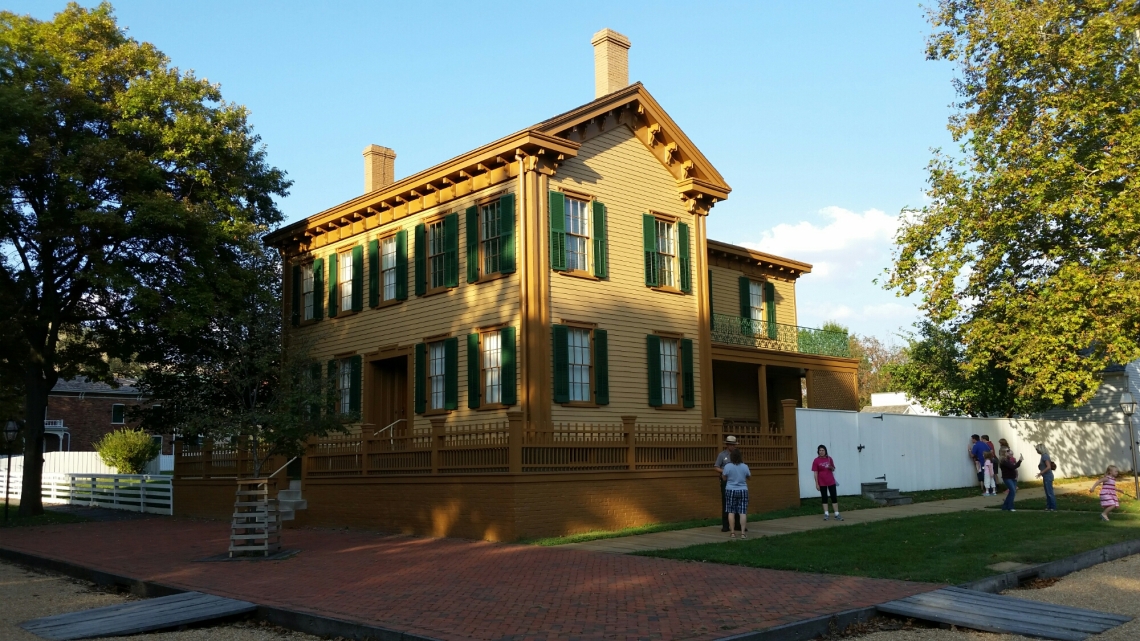 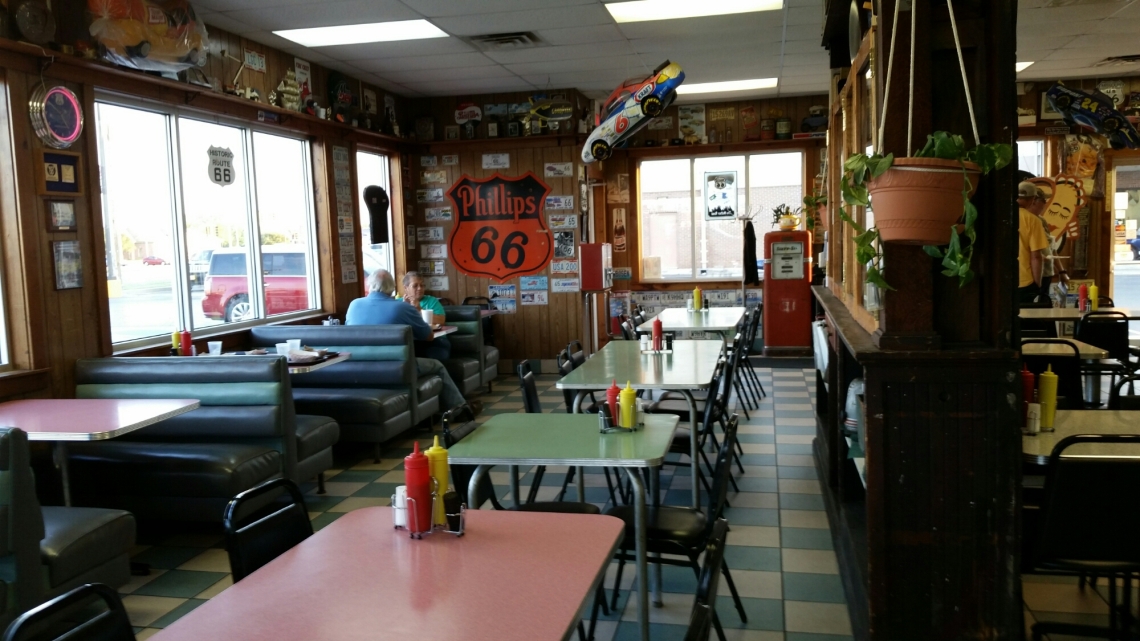 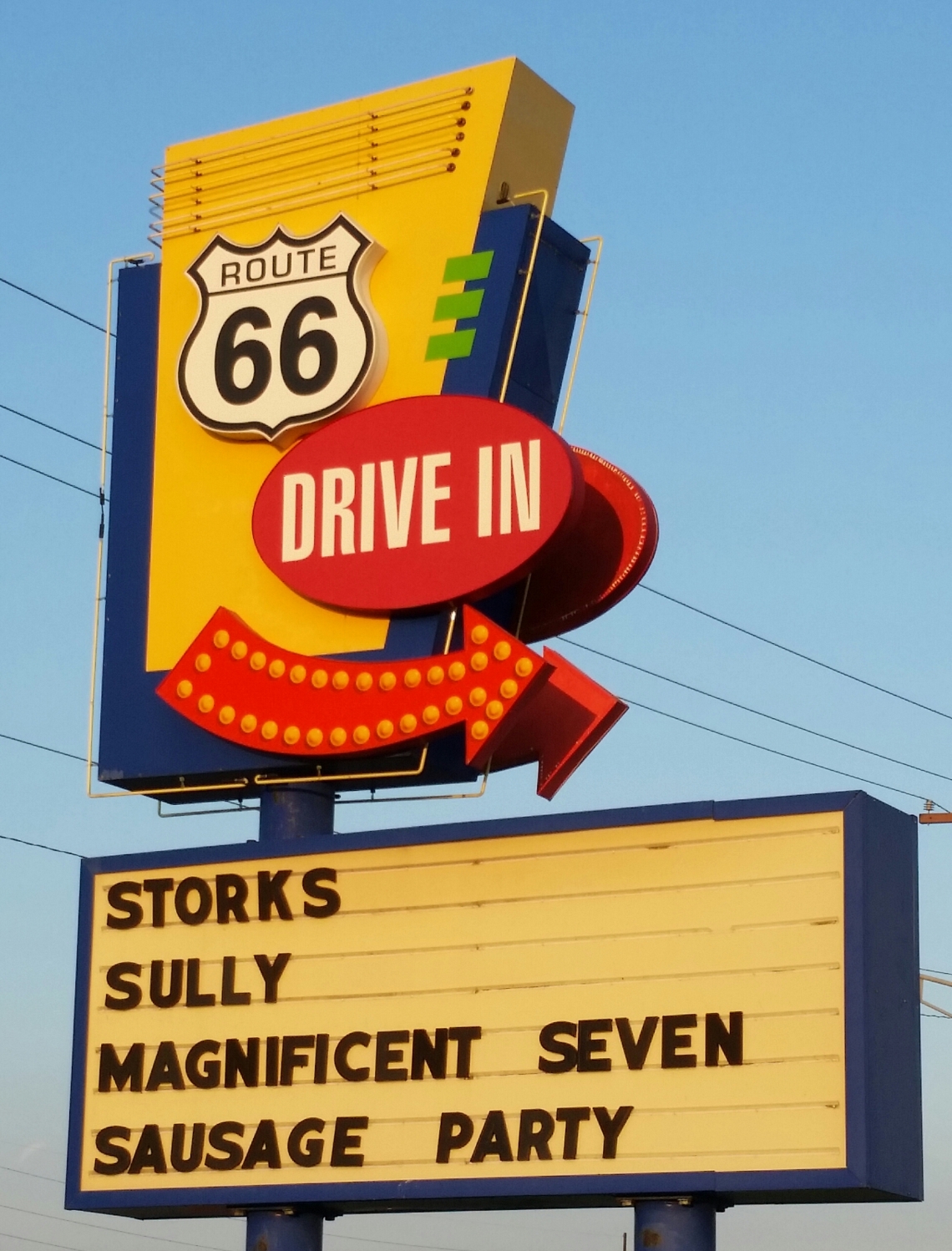 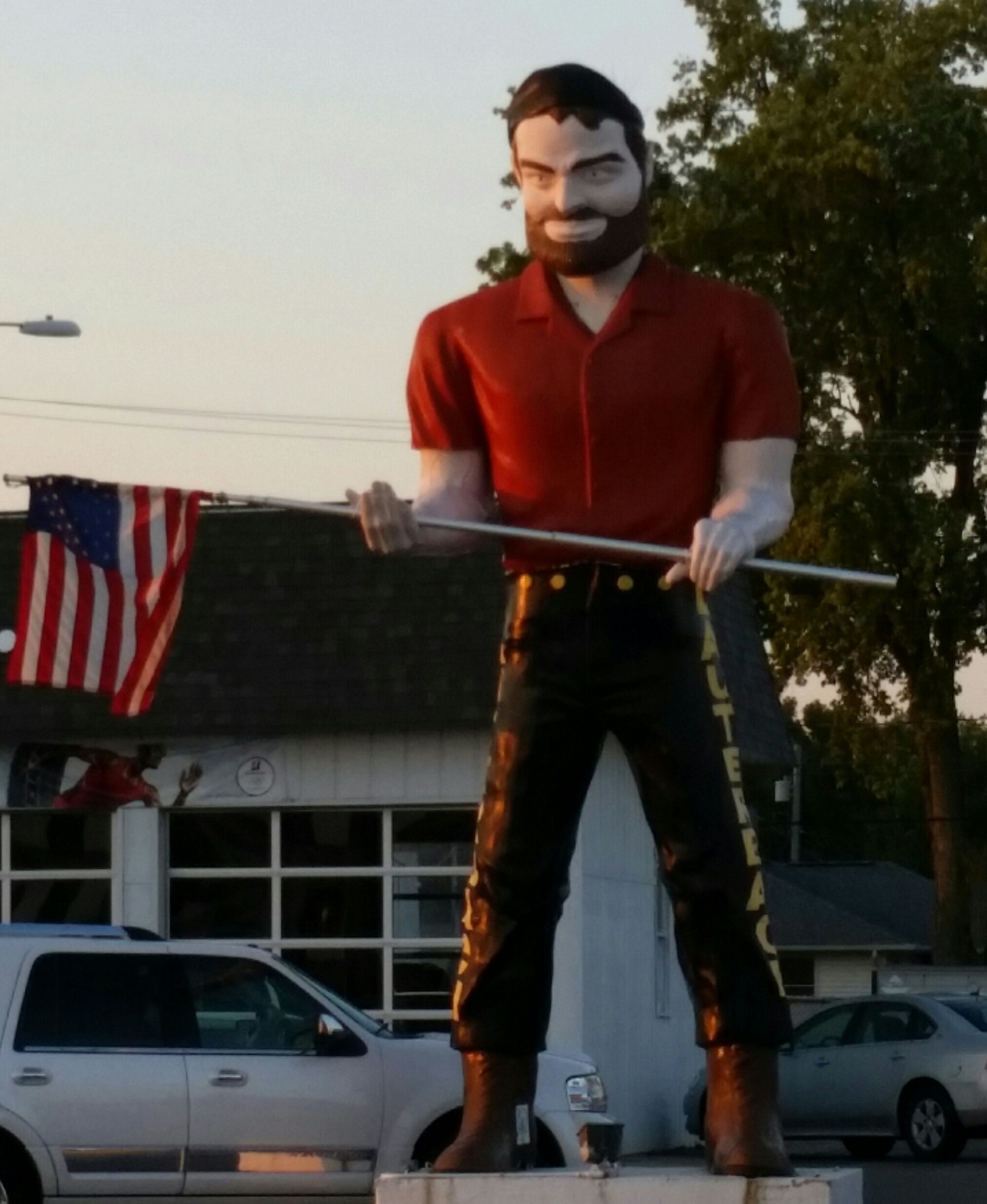 Route 66 and America and meeting such great people along the way. This has always been a trip I wanted to do and I am so thankful that I am healthy and able to do it.